She's got a ticket to ride 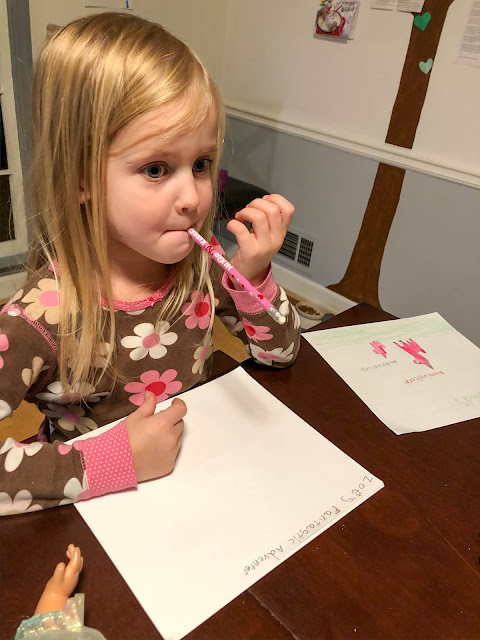 Here's Alexander showing off his picture of everybody holding hands: 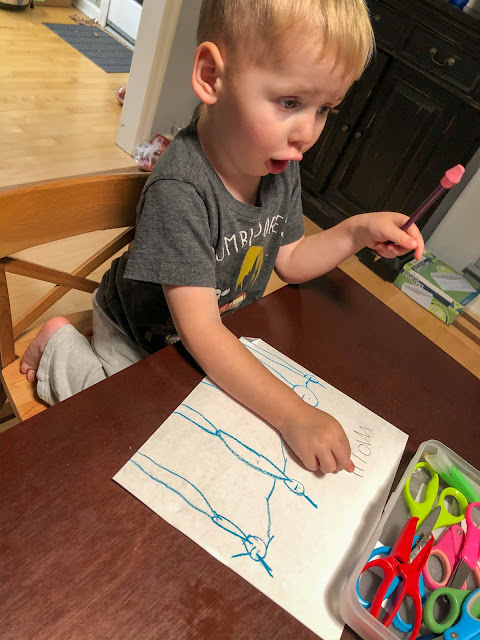 He's done so well learning how to spell his name: 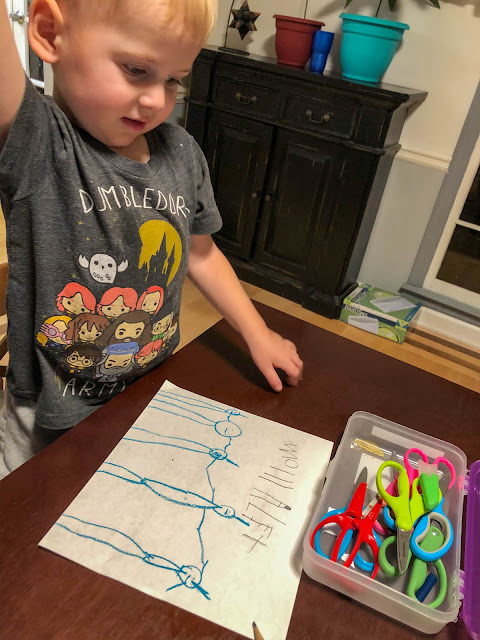 Here are a bunch of happy faces at the beginning of the game: 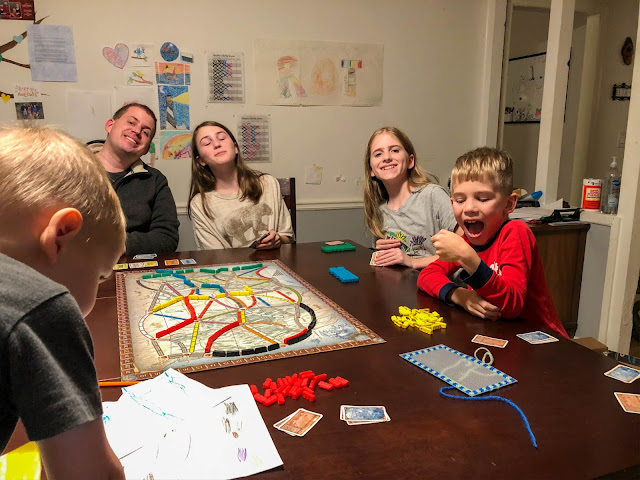 These kids are turning into some rather stiff competitors, though in the end Benjamin made a gamble that was a little too steep and Rachel aggressively cut Miriam off from Miami so there were a few tears. At some point after Rachel had built on all three routes into Miami, Miriam did something that warranted a high five, so I offered her one, but instead Benjamin reached out and slapped my hand (which, caused a few more tears on her part because not only was she cut off from Miami, she was cut off from her rightful high five). 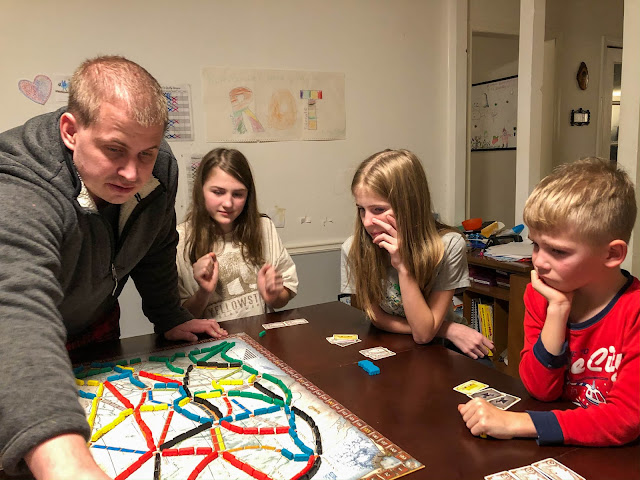 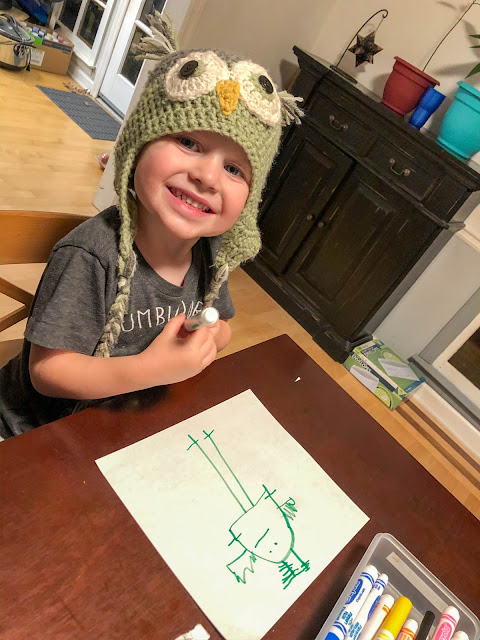 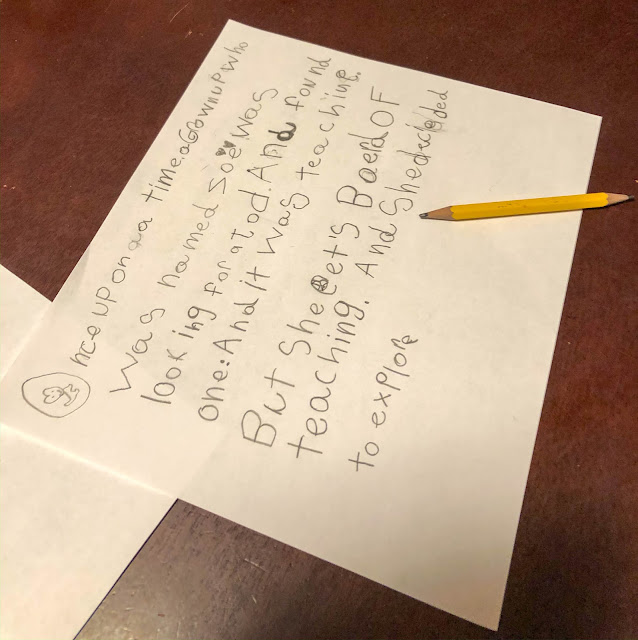 Before she'd finished writing it she offered to read to us what she had so far.

And instead of answering she just waggled her eyebrows mysteriously.

"Well, you left us with a real cliffhanger there! We need to know what job this grown-up Zoë finds."

So she finished her story: "And it was teaching. But she gets bored of teaching. And she decided to explore."

This narrative was accompanied by a lovely picture of Zoë riding an elephant through the jungle (chasing after a monkey). Having just finished reading Range (by David Epstein), I thought it was so wonderful that she incorporated a career change into her story like that.

May she never stop exploring.