We traditionally use the first Monday of each year to set goals for the new year. Many of last year's goals had to be abandoned (for example: going anywhere...ever) but we still managed to learn and grow a lot and we still completed many of our goals (for example: going on 100 family walks). We're looking forward to setting some new goals tomorrow. I had been planning on having the kids try out a string art project (that I'll be doing with my primary activity girls later this week) but instead we ended up putting the whole project together yesterday.
The kids each wrote their name on their piece of wood and then we used a wood burner pen to put trace over their script (I did Alex's and Zoë's for them (as well as Miriam's since she was tied up with dinner making activities); Benjamin and Rachel did their own names). We also put the reference for this year's youth theme on the bottom, which is D&C 64:33–34, "Wherefore, be not weary in well-doing, for ye are laying the foundation of a great work. And out of small things proceedeth that which is great. Behold, the Lord requireth the heart and a willing mind; and the willing and obedient shall eat the good of the land of Zion in these last days."
Then we pounded some nails into our wood, which the kids through was pretty fun: 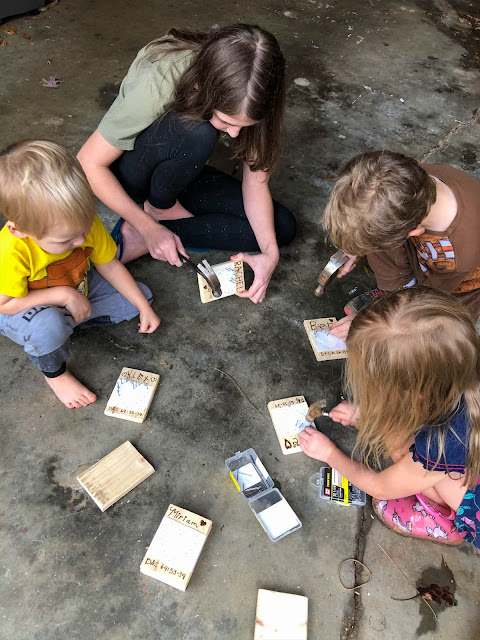 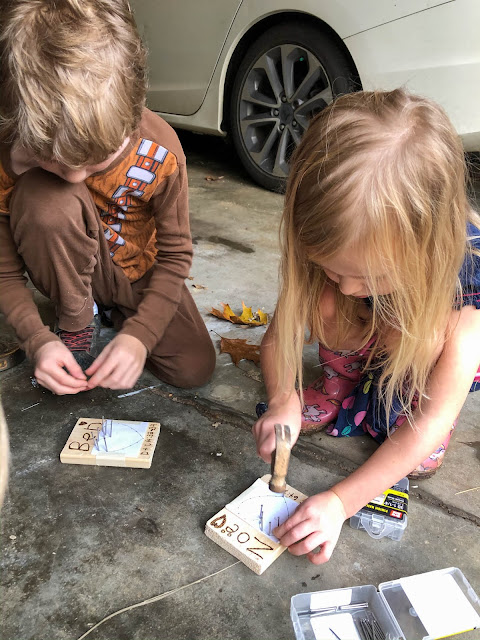 We only have three hammers, which obviously means we have fewer hammers than children. This caused some conflict, but since Miriam was still tied up with dinner...
(Here she is filling some manicotti noodles with a homemade ricotta cheese filling (she made the ricotta cheese and then turned it into a filling)): 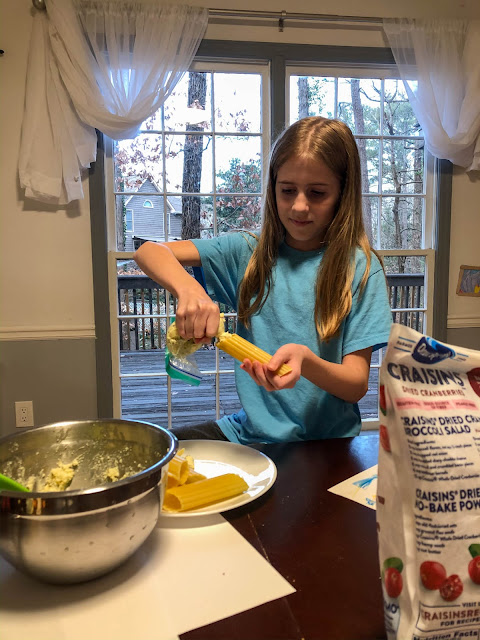 ...we only needed one other hammer. 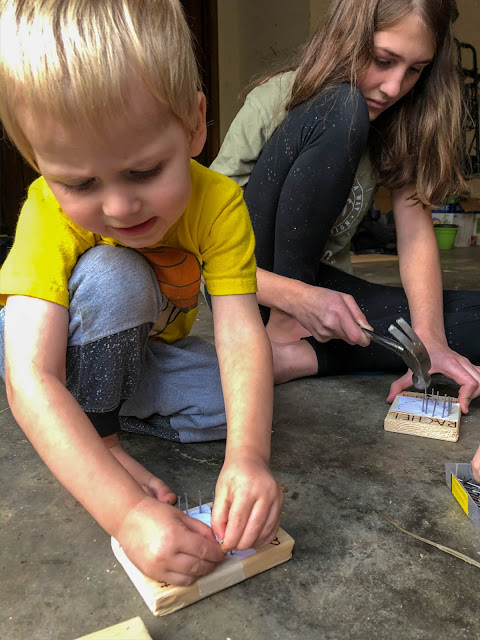 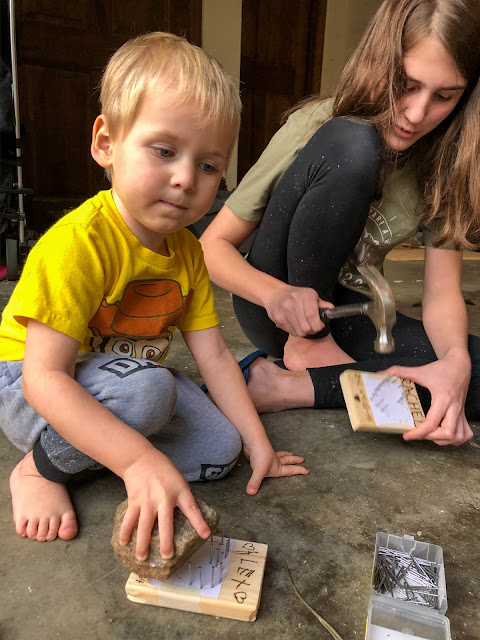 Then the kids made a tangled web of string across their nails: 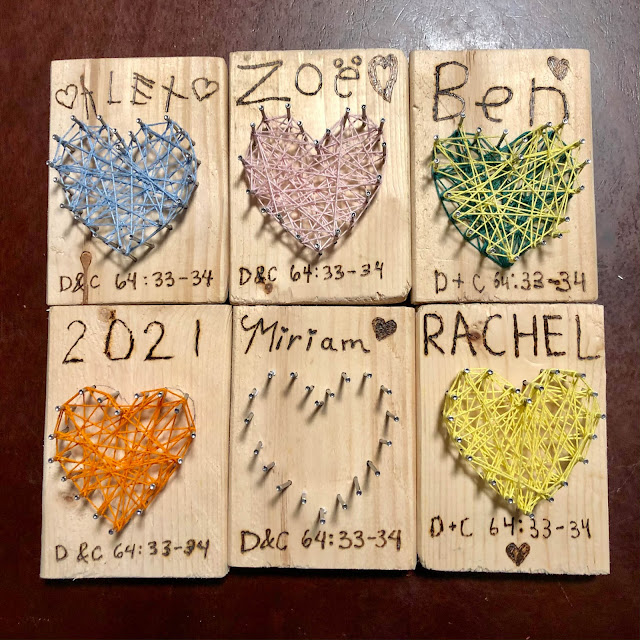 Miriam caught up on her heart after she got dinner into the oven (she made a blue one that matched Alexander's). Here are the kids all together with their string art: 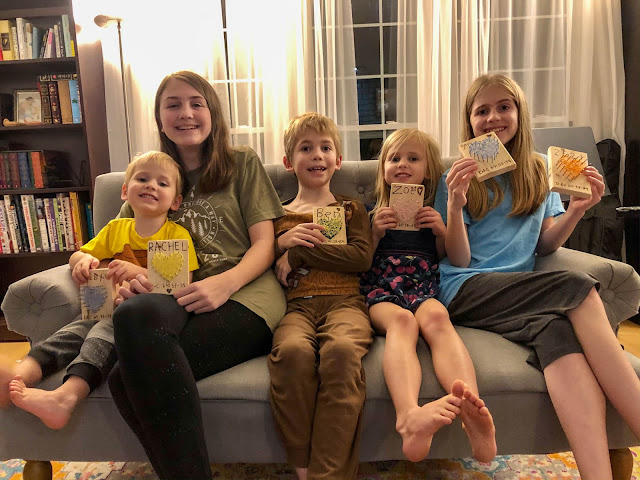 The little kids thought their projects ended up looking a lot like a hairbrush so Alexander has been consistently using his string art as a hairbrush the past couple of days. I'm not sure it's the intended purpose for this project, but...I suppose it's a way to use it! 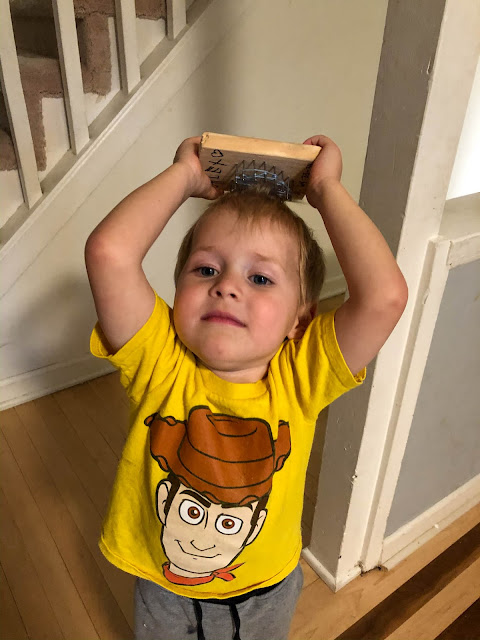