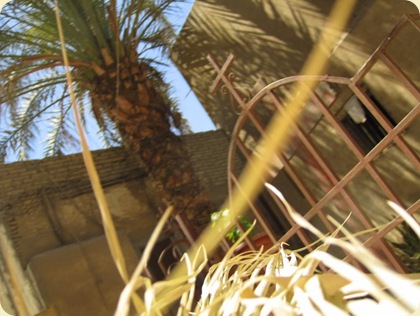 We went to Coptic Cairo today, which is flooded with images of Saint George, the dragon-slayer and Christian martyr. In Arabic he is called Mar Girgis, which also happens to be the name of the metro stop where you’ll find Old Cairo. There are portraits of Mar Girgis everywhere, gallantly sitting astride his steed, with red cape flowing majestically behind him and sword poised and ready to be thrust into the belly of a ferocious-looking dragon.

Rachel, of course, noticed this and began asking questions.

The way she understands it, Curious George, who is a monkey, killed a dinosaur. The end.

The actual tale is much more involved than that and involves neither monkeys nor dinosaurs. Instead it involves a man and a dragon. Why it involves a dragon, I don’t know. Obviously Mar Girgis couldn’t have killed a dragon since dragons don’t exist; he must have killed something else. Whatever the case, a long time ago in Libya, apparently, a town was plagued with a dragon and they would feed it sheep to placate it. When the dragon wasn’t satisfied with sheep, however, they were draw lots to sacrifice one of their children. Gruesome, yes, and oddly reminiscent of other myths.

Anyway, the king’s daughter was chosen but before the dragon could devour her, George took a whack at the dragon and saved the damsel. Later he killed the beast and the whole town converted to Christianity. The end.

George was a hero and later was tortured and then killed for his unwillingness to deny his faith and make sacrifices to pagan gods.

In answer to Jill’s question, Saint George is of Palestinian/Roman heritage and was born in Lydda (modern day Lod) in Israel/Palestine. His body was returned to his homeland for burial and I can only assume that is where it is now.

We visited the Nunnery of Saint George today. 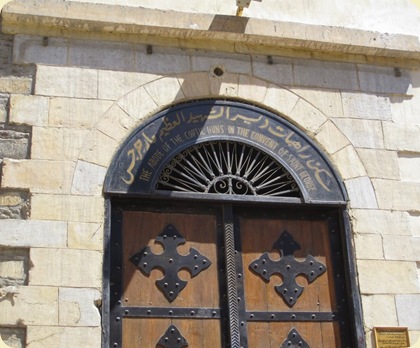 Here they have the chains used to restrain/beat Mar Girgis during his torture. Today it is believed that wrapping oneself in the chain will cure ailments and work small miracles. 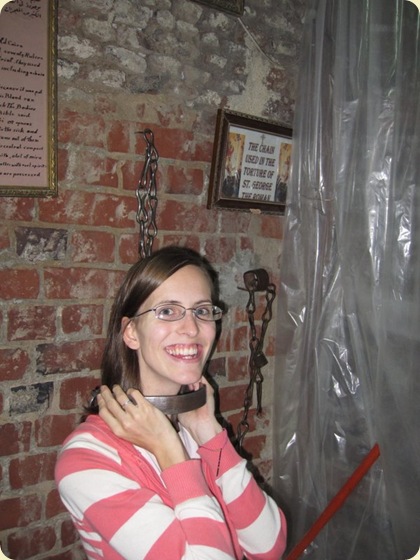 She was still talking about him when we got home. Of course, she is quite sure that he is a monkey. Aren’t all Georges monkeys?

“George didn’t kill a dinosaur,” I corrected, “He killed a dragon.”

They had a lengthy conversation about that while making dinner. The conversation was still going on when we began eating so I joined in.

“Yeah, but, if people purport to believe the story shouldn’t it involve creatures that actually exist?”

“It’s not meant to be believed. It’s just a story.”

“But George is thought of as a hero. How can people believe that he’s a hero if he killed a mythical creature? That would mean he didn’t do anything real.”

“Maybe he imagined that he killed it,” Andrew suggested, “Like Calvin and Hobbes. Hobbes isn’t real but Calvin interacts with him in his imagination.”

“So, George imagines that he kills something and that automatically makes him a saint?”

“George isn’t a saint. George is a monkey.”

Much laughter ensued on our part while Rachel screamed, “Stop laughing! Stop laughing now! It isn’t funny that Curious George killed a dinosaur! It’s not funny! This is serious for me! Stop it! Stop!”

All silliness aside, Coptic Cairo was really quite crowded today. It’s Holy Week and there were people, mostly women and children, in a thronging queue outside the Hanging Church waiting to receive alms. They were walking away with parcels of food and shoes. Many of those in line looked too balady to be from Cairo; several had tattoos on their faces suggesting they were more familiar with tribal country life than anything else. 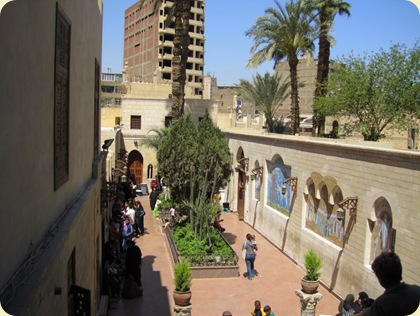 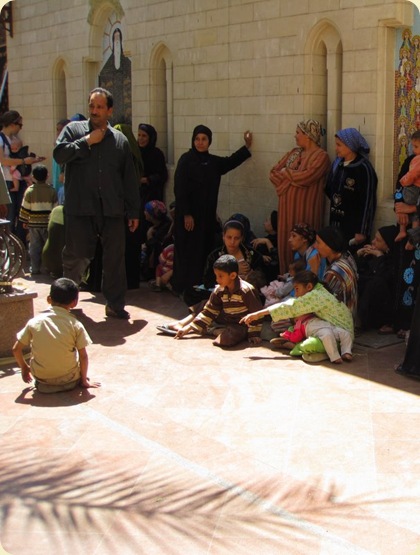 Palms were still available for sale today, along with a motley of junky miscellany. 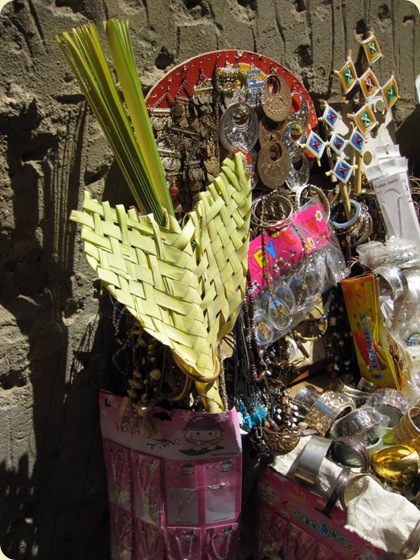 I found one discarded on the ground in the cemetery behind Santa Barbara. I carried it around for a while and Nacia helped explain to Rachel what the palm frond was a symbol of—that they carpeted Christ’s path as he rode into Jerusalem on a donkey. 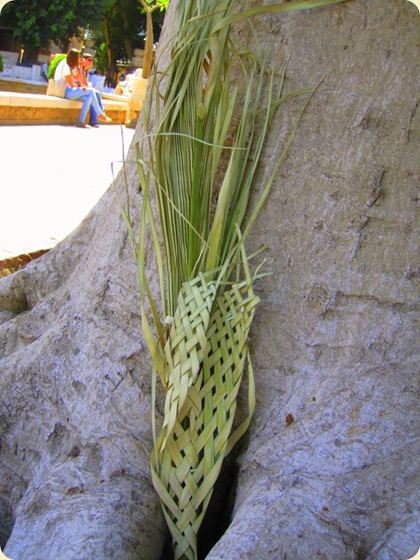 I like that they can really use palms here. In Latvia they use pussywillows which somehow doesn’t have the same effect. Rachel waved it around a few times to pacify my demands but was wholly disinterested in both the palm frond and the picture-taking. 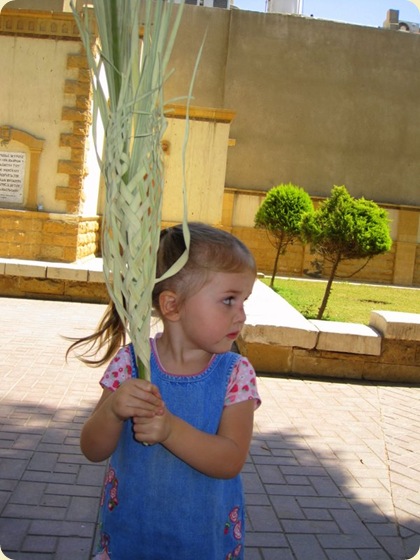 Still, it was a good day. Perhaps we’ll head back later this week for Good Friday or Easter Vigil or something.