Playgroup has really taken off, if you can call our little group "taking off." There are usually only three moms that go with their kids (sometimes up to five) and more than half of us are more than usually late, but that's the way it goes! It's so nice to get to know some of the mothers in our neighbourhood a little better and feel like we are actually forming friendships.
Miriam loves to swing—she could swing for hours if I'd let her...and if I would keep pushing her that long. 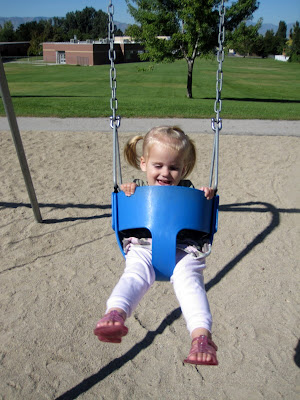 To help keep me entertained she'll laugh and squeal. I think she figured out that the more she laughs the more I push. 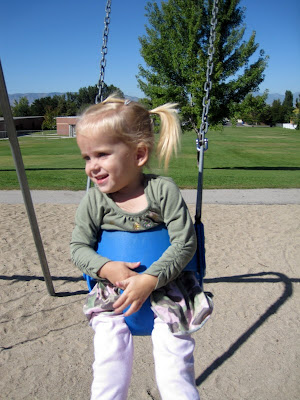 I had to stop pushing her, though, because my poor friend's baby was cranky all night and was still cranky this morning so I had to take a turn holding her to give my friend a break. Shucks—because we all know how much I hate holding babies. End sarcasm. My friend's baby was eleven pounds at birth (and she had her naturally—and I'm not even kidding) and she's only gotten bigger so you can imagine how my friend's back aches.
The girls and I stayed a little bit later than everyone else so that we could play a little bit longer. We don't have any older siblings to pick up or drop off from kindergarten or anything like that (at least, not this year) so our schedule is pretty open. They had fun climbing and sliding and climbing and sliding. Rachel kept trying to get Miriam to go down with her—Miriam didn't want to at first but finally Rachel grabbed her and yanked her down the slide. I guess Miriam liked it because they did it over and over again after that. 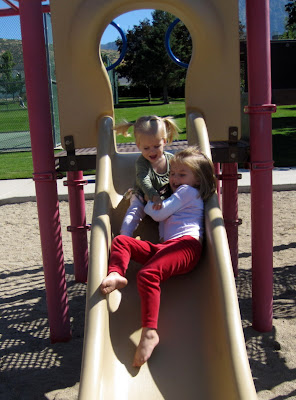 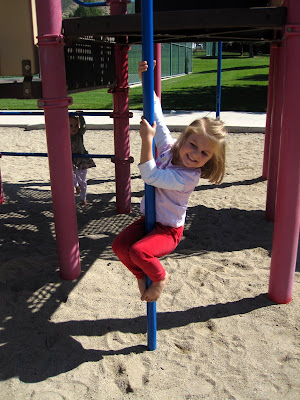 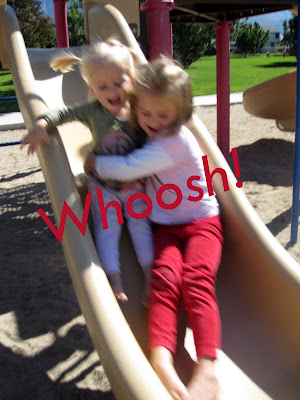 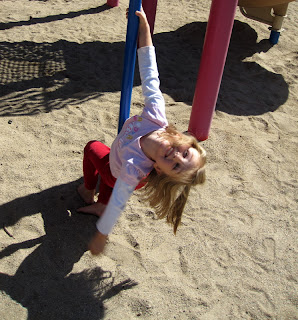 Miriam can't quite climb up the ladder onto the play structure yet. The girls tried to build a step for her out of a pile of sand but she still couldn't get her feet onto the first rung so she needs a little boost. After she's on the first rung, though, she can get the rest of the way up herself. 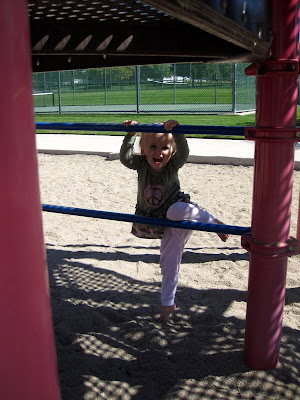 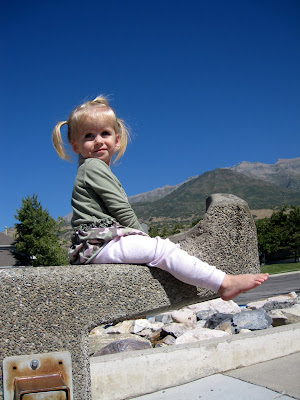 Rachel helped turn the horsey drink on for Miriam. 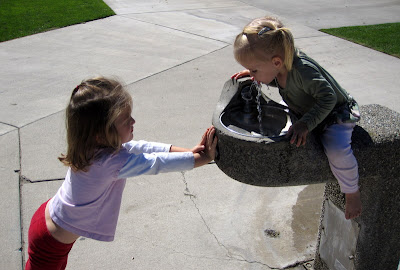 And then she took her own turn. 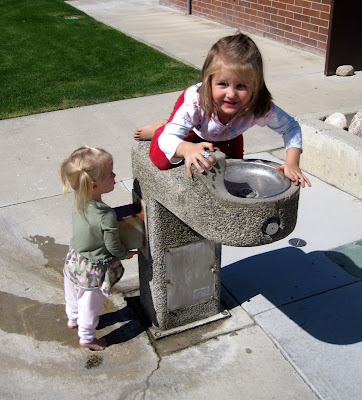