Pretty sure I never wrote about Auntie Josie's Startalk banquet. And I'm pretty sure she's dying to get these pictures—I'm actually a little surprised she hasn't nagged me about it yet. It was almost a month ago, on August 9th, so the banquet was, once again, smack dab in the middle of Ramadan this year. It's a nice excuse to eat some delicious, homemade Middle Eastern food. They had a cook from Syria this year and she did a great job.
She's got red hair and freckles, but is most definitely Syrian. I remember when I saw my first red-haired, be-freckled Jordanian taxi driver and I thought to myself, "Why is he wearing a gallabia? He should be wearing a kilt or something!" Little did I know then that not all Arabs have dark skin, hair, and eyes.
Uncle Patrick has been helping cast "ethnic-looking" people for a New Testament movie and he actually got cast for a role as well. He's been growing his beard out and his beard happens to be red, probably due to our mysterious Irish background. He told me that they are going to make him dye it black for the filming and I was like, "Why? It's not completely unusual for people in that region to have red hair?"
Apparently the audience needs to recognize characters as quintessentially ethnic within just a few seconds which means that they play up a lot of stereotypes. If this sounds like stereotyping that's probably because it is.
Anyway, here's the beautiful Josie with her "graduation" certificate. 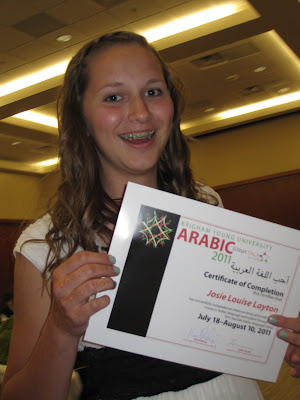 And with all of her Arabic-speaking buddies: 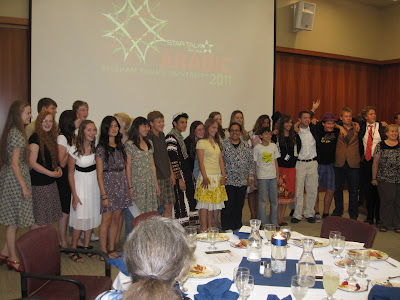 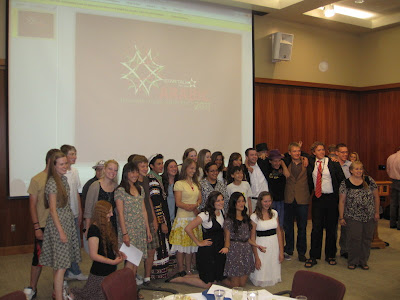 Miriam looked like a ragamuffin by the time the dinner was over, but she was so happy to be wearing her Egyptian shirt. When I pulled it out of her drawer she grabbed it out of my hands, hugged it, and said, "Meme—'Gyptian!" 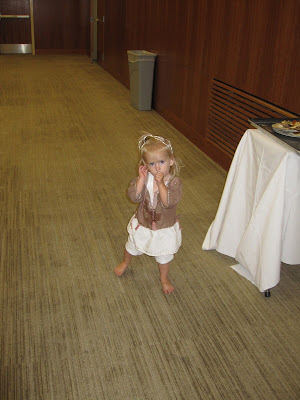 We got to watch several silly movies that the kids made—in Arabic, of course. It looks like Josie had a great time making new friends (and meeting up with some old ones). 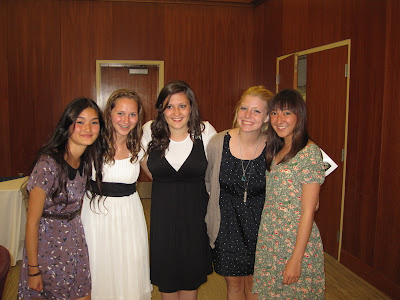 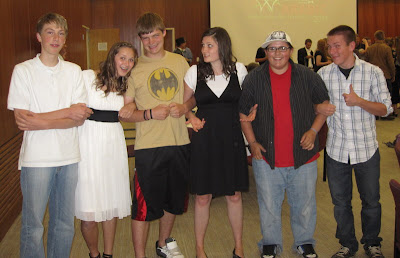 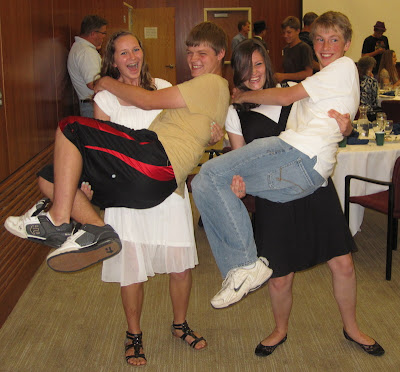 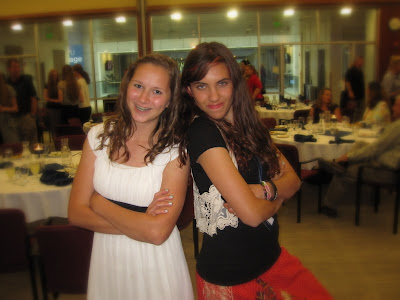 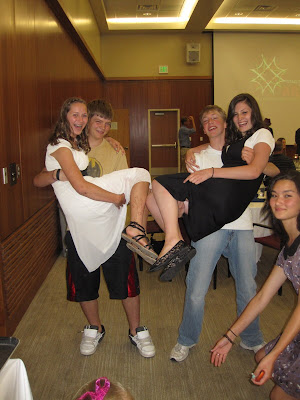 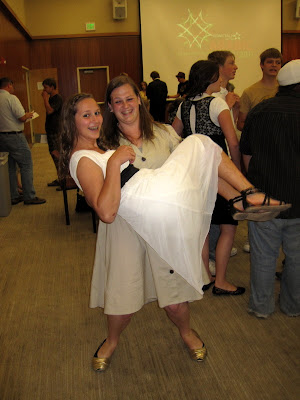 This was one of her teachers...from Lebanon, I think. 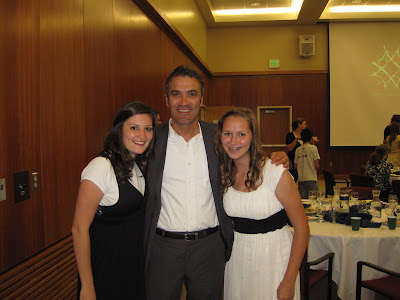 The Syrian cook is the second from the left: 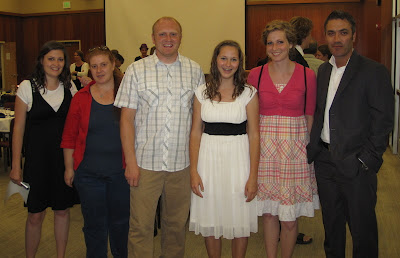 She had a fun time showing off her cute nieces, I think. Our little family sat with my mom at one table and Josie sat with her friends at another table and the girls kept running back and forth between our tables so that they could visit with Auntie Josie still. Contrary to what Miriam's face might tell you, she had a great time—I think she just didn't want to be picked up at this exact moment. 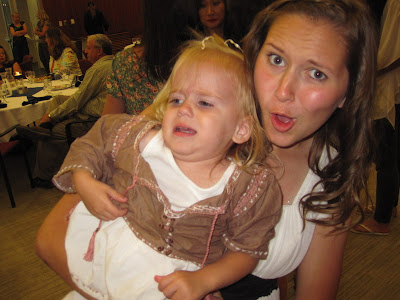 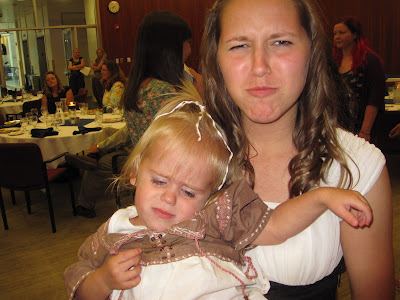 Rachel was running around so much that she ended up looking like a blur in most of the pictures I got of her. She had a fun time, too, though. Both the girls were so happy for hummus! 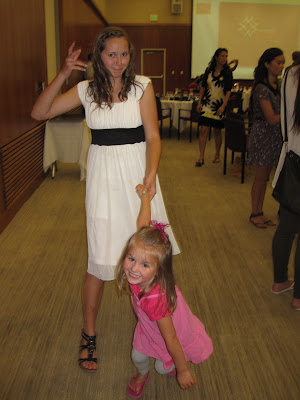