So, the Stake President over the BYU ward that Reid is the bishop of happens to own Seven Peaks Water Park and although outdoor swimming season is usually officially over after Labour Day, he kept the park open and had a big end-of-summer, stake-wide swimming party. We crashed it. And it was awesome. 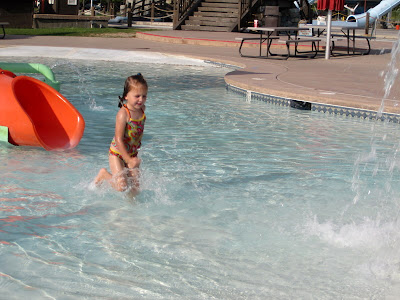 We had the kiddie pool all to ourselves. The girls had a blast swimming around without tripping over fifty gazillion other children. And the water was so warm—the last time we went swimming at Seven Peaks was in June and the water was not quite so warm then. If it wasn't for a slight breeze, the weather would have been perfect. 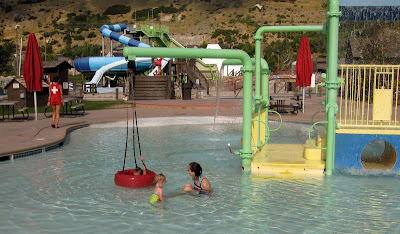 From the looks of the pictures it might seem like all we did was hang out in the kiddie pool in Adventure Bay, but we did so much more. 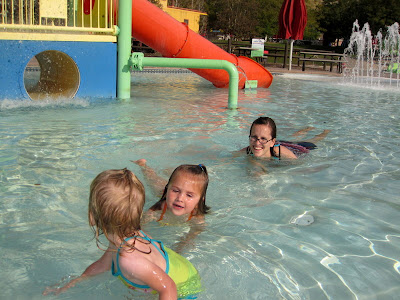 Andrew and I left the girls with Grandma and Grandpa and hit the slides. The average wait time for any slide was approximately 30 seconds—I've seriously never seen the place so empty! We did all the tube slides—Cave-In, Shotgun Falls, Tube Run, and Vortex (which we fondly call "The Toilet Bowl")—except for Boomerang. A three-storey drop on a half-pipe did not sound alluring to me. Shotgun Falls was scary enough, thankyouverymuch. 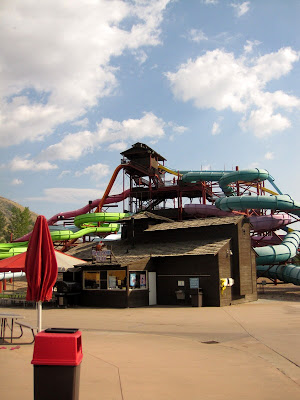 We cruised around the Lazy River more times than I could possibly count. Rachel went around in the tube a couple of times but then she wanted to swim, swim, swim, so she held my hand and "swam" around the river. It only ever gets to be 3.5 feet deep so she can reach most of the way if she stands on her tip-toes. 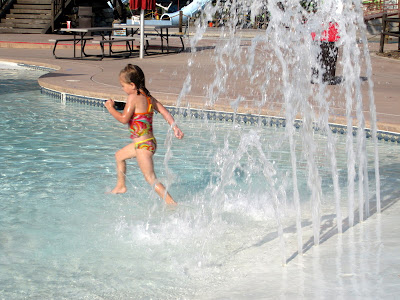 We also enjoyed the wave pool. And the pizza, ice cream, and brownies. 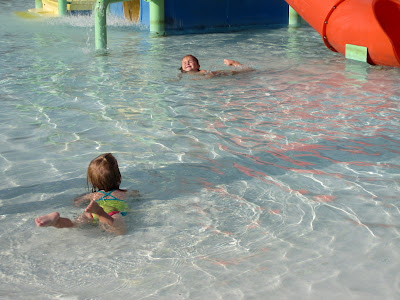 We managed to convince Rachel to go down some of the little-kid water slides at Tadpole Pond (the kiddie pool for slightly bigger kiddies—perfect for Rachel, a little too much for Miriam). She bravely went down two by herself and then Andrew took her to the top of the longest one and sent her down. She screamed the whole way until she hit the water and went under for a second. When I pulled her up she took a deep breath and immediately started screaming at Andrew again. She was furious. 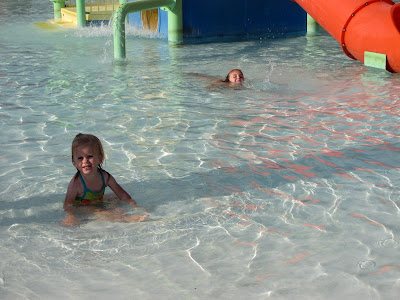 I can't believe that besides tonight we only went to Seven Peaks once the entire summer! That said, it was much more enjoyable without the crowd. 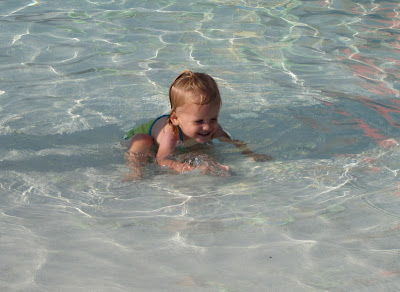 The girls were both thoroughly exhausted by the time we loaded them into the van. I thought for sure that they'd be asleep by now but, alas, they are both still wide awake. 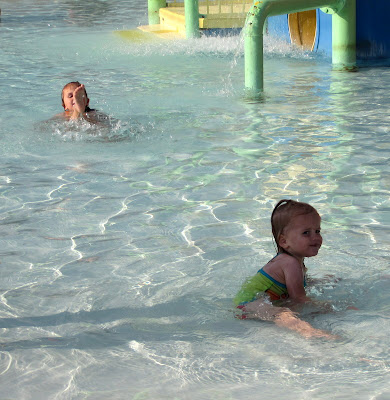 Sometimes I wonder if anything wears them out.
Posted by Nancy at 11:14 PM