It's so weird that Andrew is in the second year of his MPA program. Last year at the opening social I felt a little overwhelmed, which is silly since I'm not even the one in school, but I did! The second year students had all these fabulous tales of their summers and were talking about how difficult their first year had been and seemed so experienced and ready to take on the world in 7–8 short months.
Now the tables have turned and we're in the second year crowd and, let me tell you, I still feel overwhelmed. We might have fabulous tales of summer and we may have talked about how difficult last year's coursework was but we are in no way experienced and ready to take on the world in 7–8 short months. I mean, we're totally ready for a job and everything and I know we've both learned a lot in the past year but we're still just two naive kids pretending to be adults.
I have a feeling I'll feel that way until I die of old age. I keep expecting to wake up one day and magically feel grown up but I am slowly realizing that that's never going to happen.
Anyway, this year's opening social was so much fun! They had some bouncy houses, a parachute, a slip'n'slide and sumo wrestler suits! My girls were immediately drawn to the messiest activity—is anyone out there surprised? You shouldn't be. 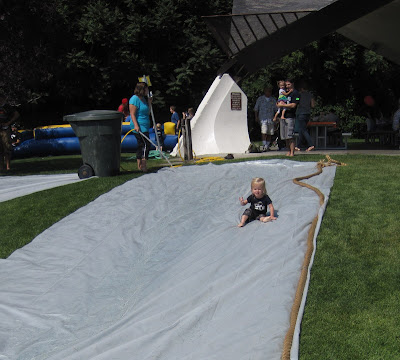 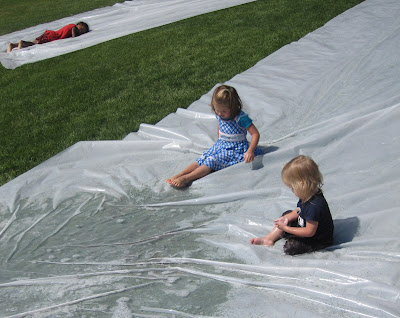 I went down a couple of times, myself, but my jeans weren't very fond of slipping or sliding. 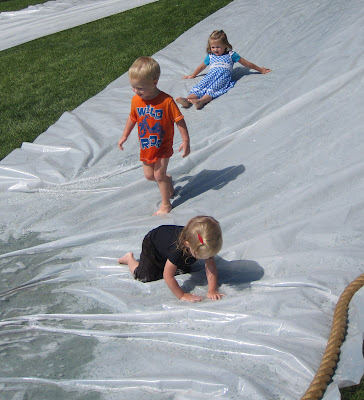 It seemed like cotton or polyester was the way to go for this slip'n'slide. 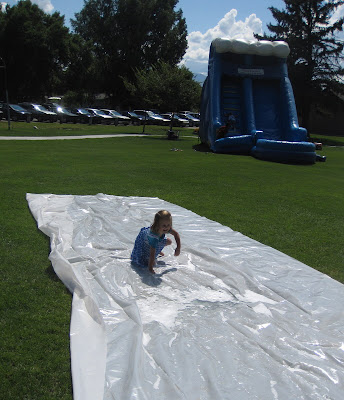 Later they moved the hose from the slip'n'slide to the top of the bouncy house slide. It was epic. 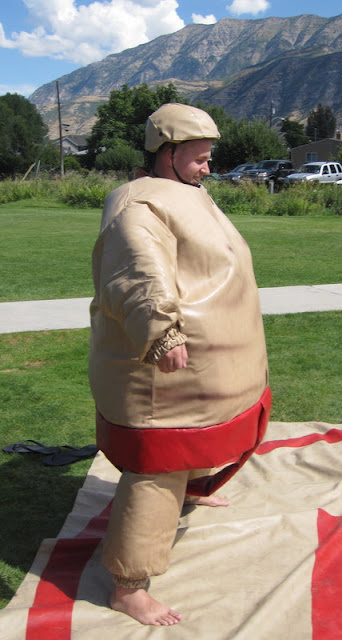 Andrew suited up as a sumo wrestler to take on Professor Miller. 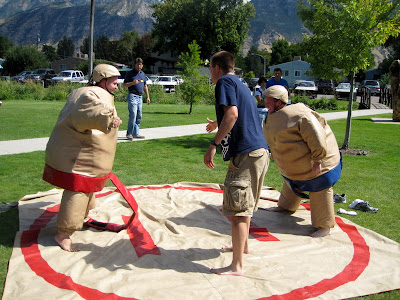 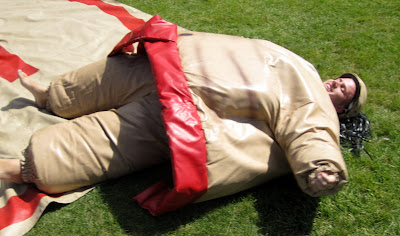 The sad part is that Andrew lost to him three times in a row. 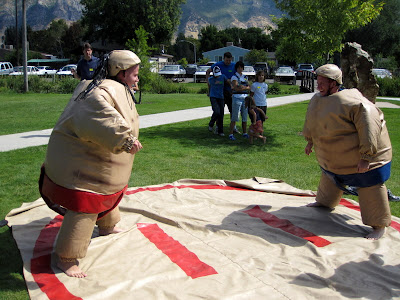 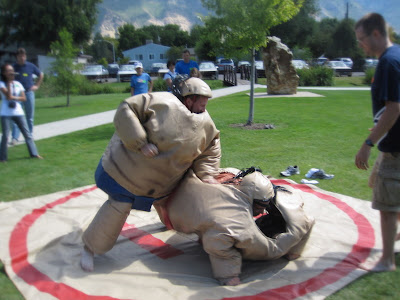 It was kind of hard to watch...because I was laughing so hard. 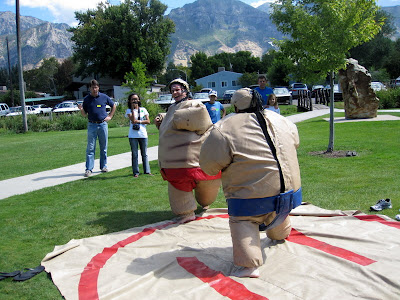 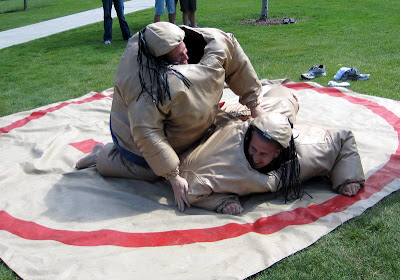 Those suits could make anything look funny. 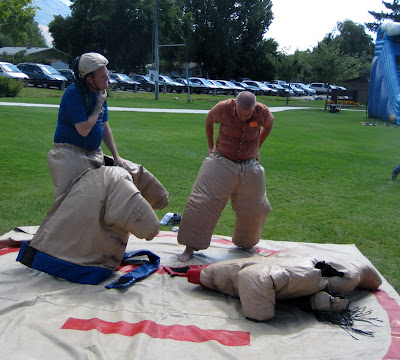 The girls were too afraid to go down the big slide so instead they spent some time free-style bouncing on the jousting range. 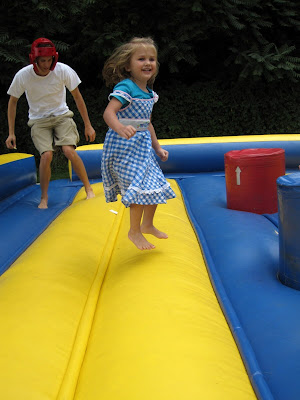 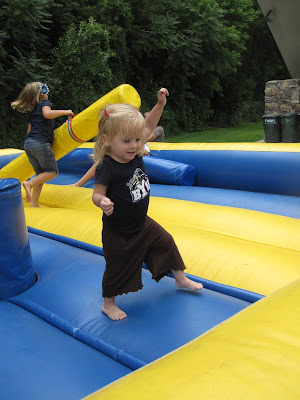 By the time we were finished playing our children looked like regular ragamuffins. 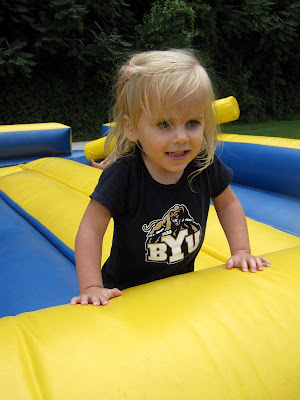 The afternoon ended with a tug-of-war, much like it did last year. And much like last year, Andrew's year lost. It was a sad day for the second years. In their defense, the first years were a lot bigger this year.

I'm not even saying it to make Andrew feel better about losing everything he tried today, either.
Posted by Nancy at 1:13 AM