The girls started asking if we could go to the park when they woke up this morning (around 8:30). Somehow, though, we weren't ready to leave the house until around 2:00 when we had finally all gotten out of our pyjamas and brushed our hair. We had a few upsets—for example, Rachel dumped out the crayons and spent the better part of three hours picking them up (she picked them up while playing some sort of a game where her origami birds would pick up one crayon at a time and then deposit it in the box...it took forever) and then we had to vacuum because even after she'd finally finished picking them up there were bits of paper and junk all over the floor so we figured we'd just clean up all the floor space so that we could vacuum the whole upstairs.

And then we had to eat lunch and that always takes forever. And then we still had to do hair.

But we finally made it out the door and to the playground.

I had left facebook open earlier in the day and Miriam noticed a picture of Yoda and then the girls wanted to know why someone had posted a picture of Yoda so I explained that today was Star Wars Day—"May the fourth be with you" was the caption on the picture. So our theme at the park today was Star Wars and the girls were climbing machines—they were much braver than they've ever been before.

Cries of "Help me, Obi Wan Kenobi! You're my only hope!" echoed across the playground while the girls pretended to be trapped in various locations (or "stwapped," as Miriam would say). 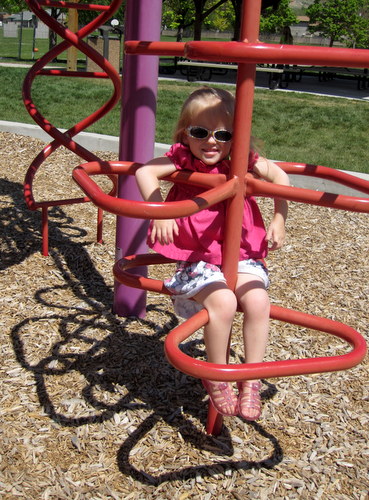 Mostly they did a lot of climbing.

Sometimes they made me nervous—like when Miriam first started climbing higher than the bottom rung (she's never been able to before but she's actually pretty good about it)—but mostly they made themselves nervous. Rachel had to talk herself through a lot of this since she's afraid of heights (or claims to be).

Here are a few "nervous" shots: 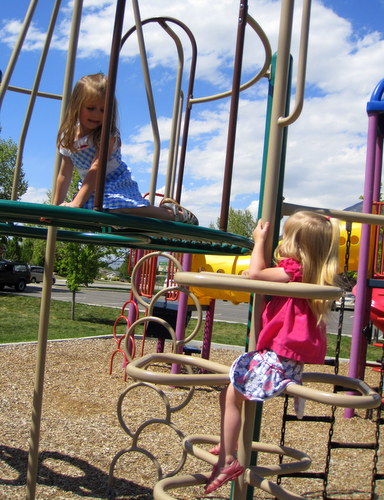 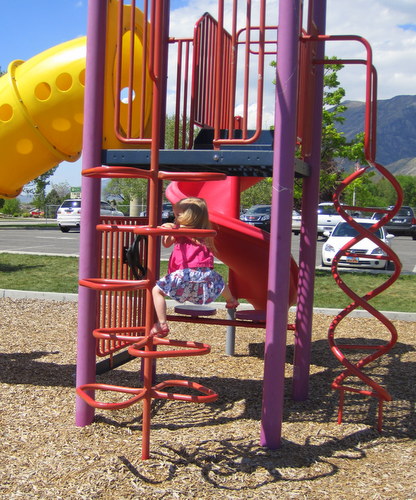 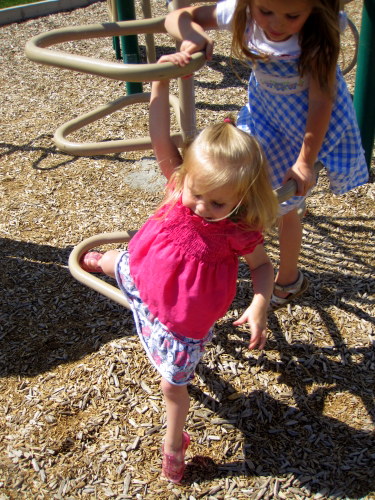 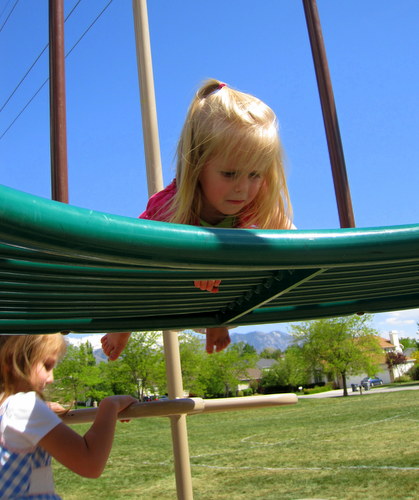 And a billion "just having fun" shots—mostly to show Daddy how brave the girls were at the park today: 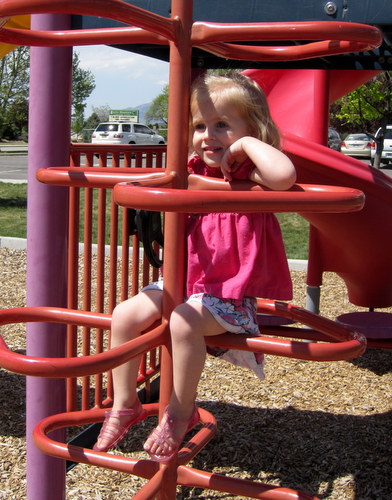 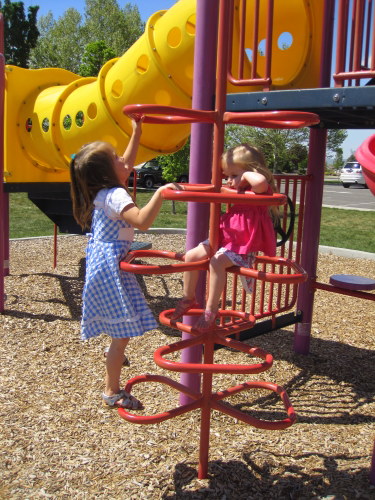 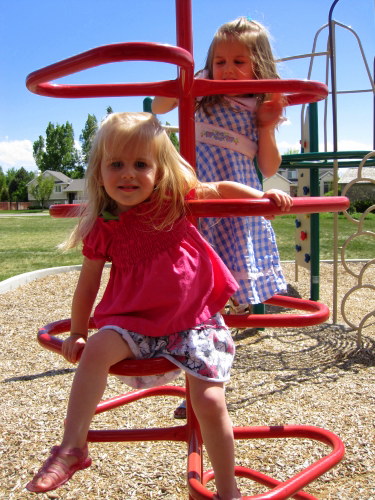 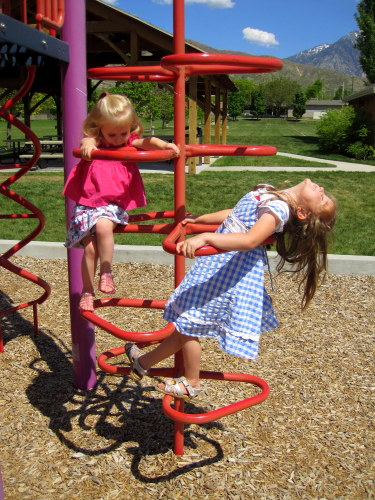 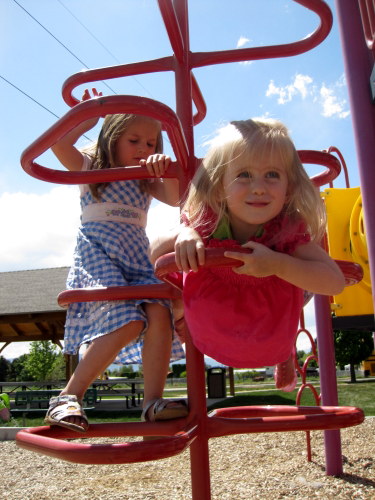 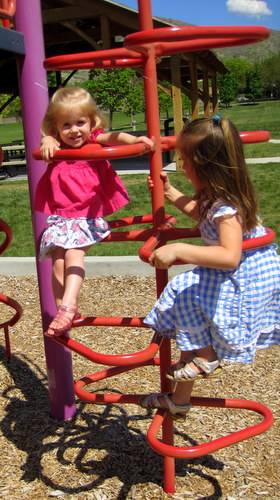 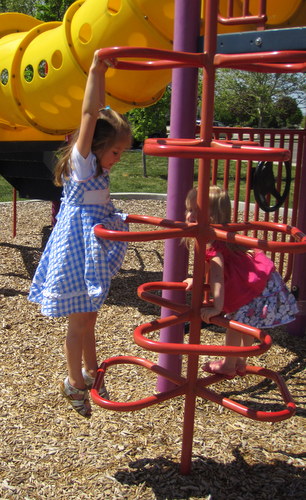 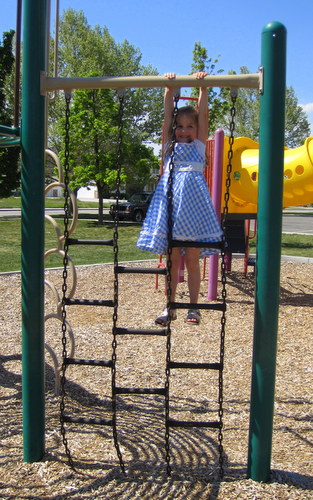 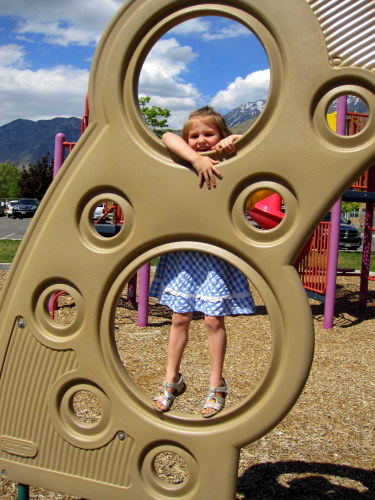 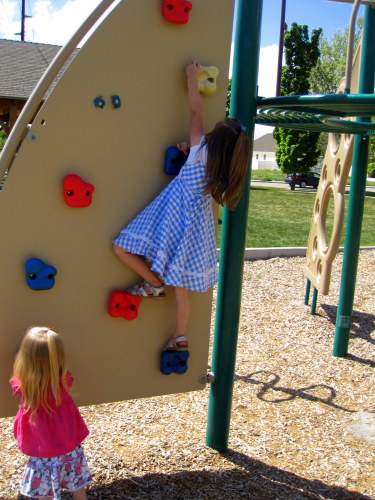 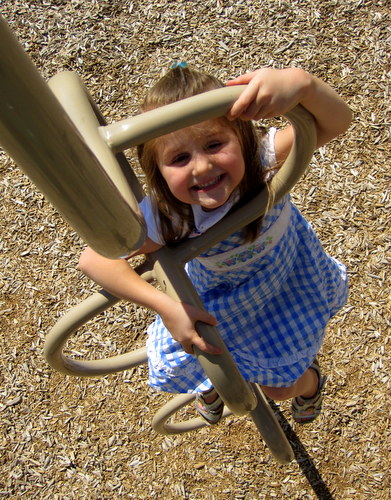 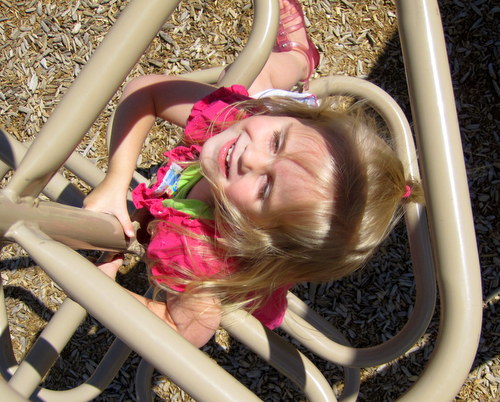 We took a few pictures of us playing in the grass before coming home so that Miriam could nap. Every time I left to set the timer the girls would end up wrestling (the unhappy kind) in the grass. Miriam was very ready for a nap. 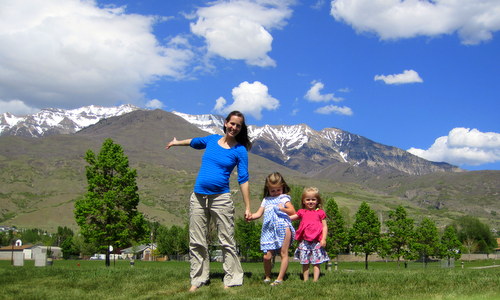 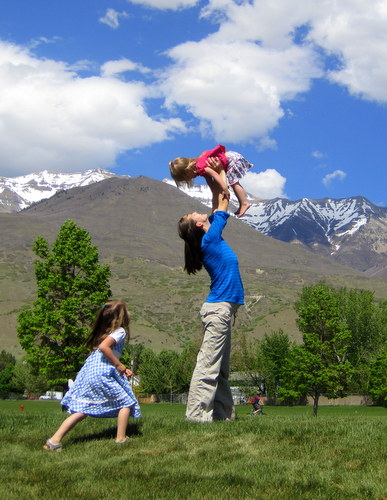 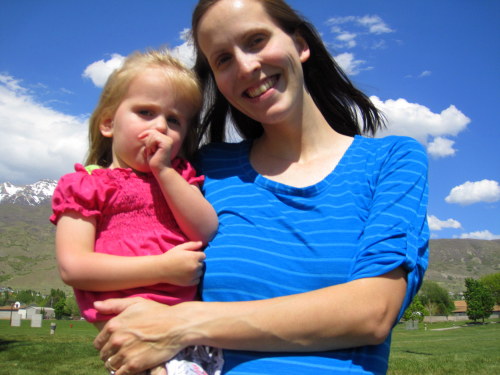 She buckled herself into her stroller and demanded to go home while I took a few more pictures of Rachel, who for some reason was determined to get a picture of her thumb with a dandelion hat: 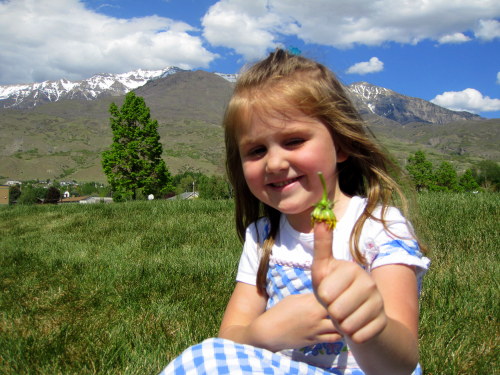 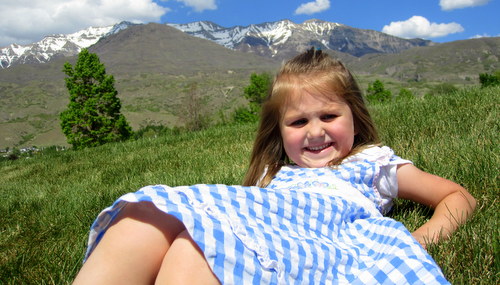 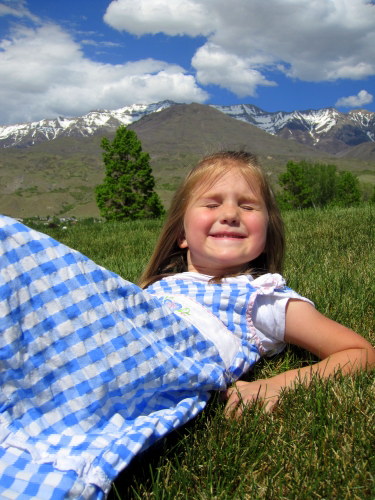 It was only around 70 degrees today (according to Wunderground) but by the time I had pushed the stroller up the hill to our house I was a sweaty, exhausted mess. Wunderground at least told me that while it was only 70 degrees it felt like 75 degrees; still, 75 degrees isn't very hot...I blame pregnancy.
Posted by Nancy at 7:14 PM