Benjamin finally got to meet his sisters! Due to illness last weekend the girls only got to look at him through the window. 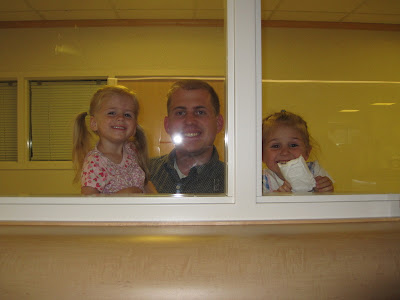 Today, though, they looked at him through the window and got to come inside to hold him. They were thrilled!

Rachel came in first and chatted up the nurse, who brought in a tiny diaper for Rachel to take home to use with her dolls. Rachel politely asked if she could have a second diaper to give to Miriam so the nurse went and got another one. You can see it in the picture of the girls in the window—it's a little bigger than a credit card. Benjamin didn't ever have to wear that size (thank goodness). 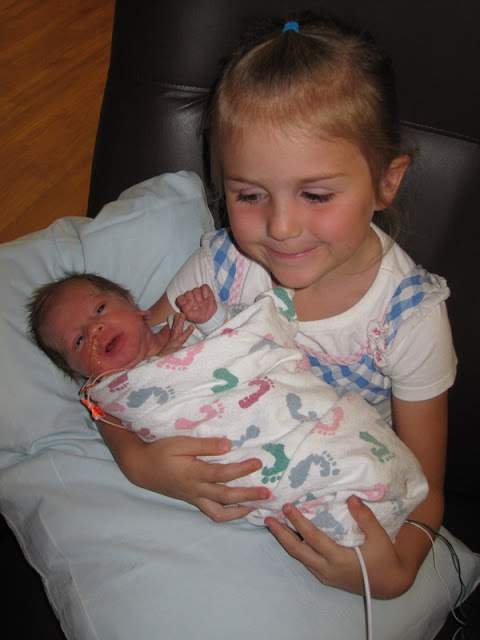 She only got to hold him for a couple of minutes (and really didn't want to give him up) but was happy when he reached out and touched her. She'll make a great big sister this time around, I think...not that she wasn't a great big sister before...she was just a little less helpful before than she is now. 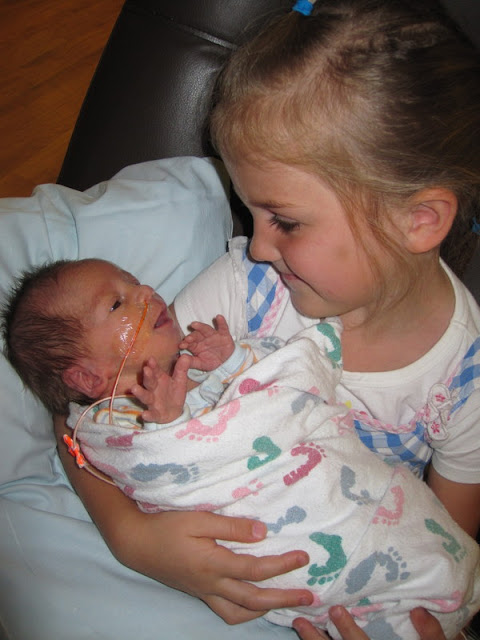 Miriam was also excited to get to hold Benjamin. I didn't let go of him while she was holding him because I was nervous that she'd do that thing two-year-olds do when they're sick of something (ie. push it away). She eventually did kind of just shove him away but not before being very curious about everything. 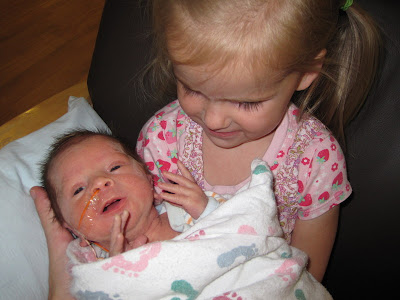 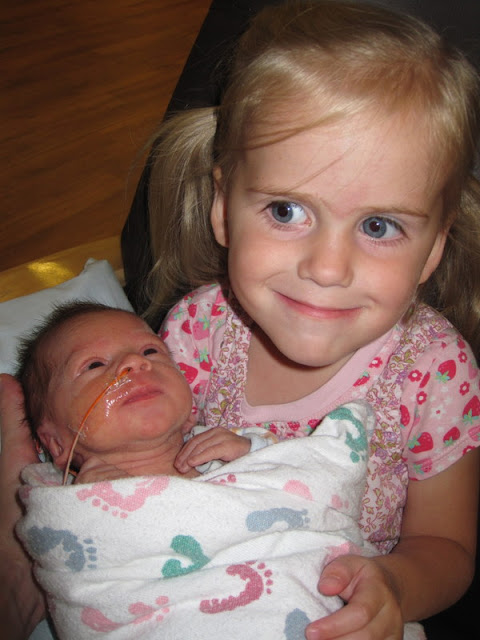 This is all the girls will see of Benjamin (until next week). I'm just happy they got to meet him and see that he is a real baby and that he's our baby. My friend Crystal had her sweet baby girl in the middle of RSV season and her kids weren't allowed in to see the baby at all!

Rachel understands, as well as an almost-five-year-old can, that Benjamin is here—he's just in the hospital. Miriam has had a harder time comprehending it. At first she thought the breast pump was Benjamin (since that's what we brought home from the hospital (random thought: birthing a breast pump would so not be fun)) and was simply excited to be able to sit on my lap "all the way to [my] back" since Benjamin was suddenly out of the way. After seeing him last week and holding him this week and looking at a ton of pictures and videos of him I think she's starting to understand that there is an actual baby involved, though she has no idea what that will mean for her life when he comes home...