On Thursday we made ice cream. I suppose it's not technically ice cream but it was yummy and easy and fun.

We put 1/2 cup of milk in a quart-sized ziplock bag with 1/2 tsp of vanilla and 1 TBS of white sugar. Then we put that ziplock bag in a gallon-sized ziplock bag, filled that with ice and about 6 TBS of rock salt and then we shook it up. For five minutes. Or more. Or less. Depending on our attention span.

Miriam had a hard time holding onto the bag with her mittens on. 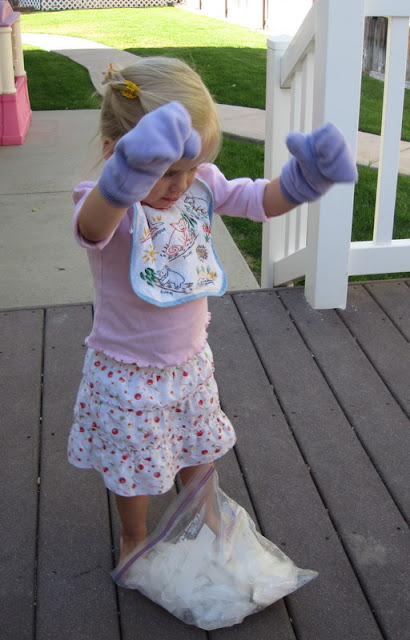 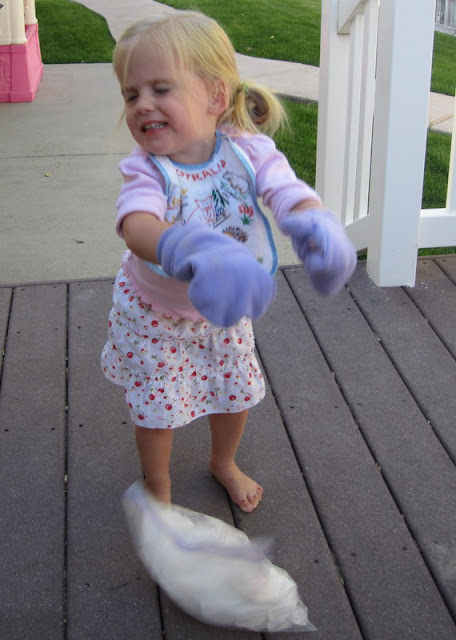 Daddy helped her out quite a bit. 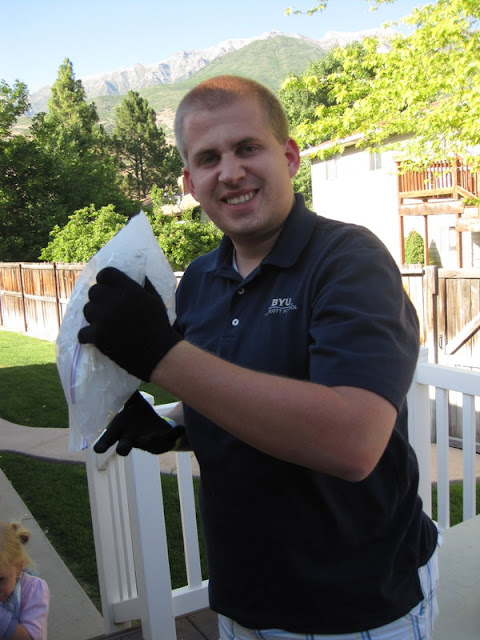 Rachel had an easier time shaking her ice cream but it was still too cold and heavy for her to hold for long. 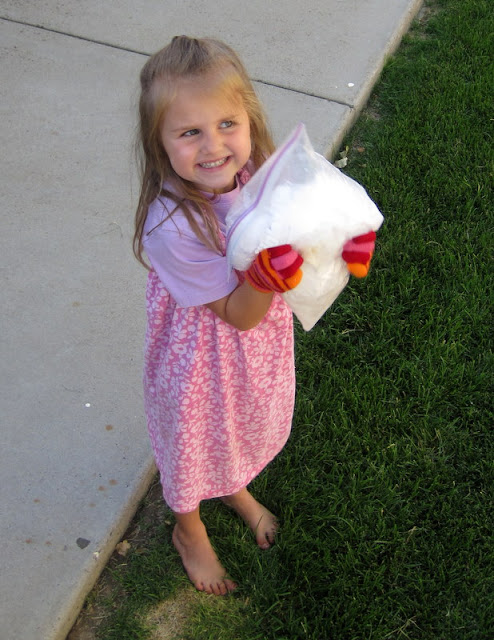 She and Andrew started playing catch with her ice cream. 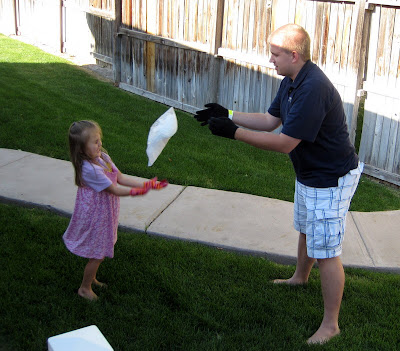 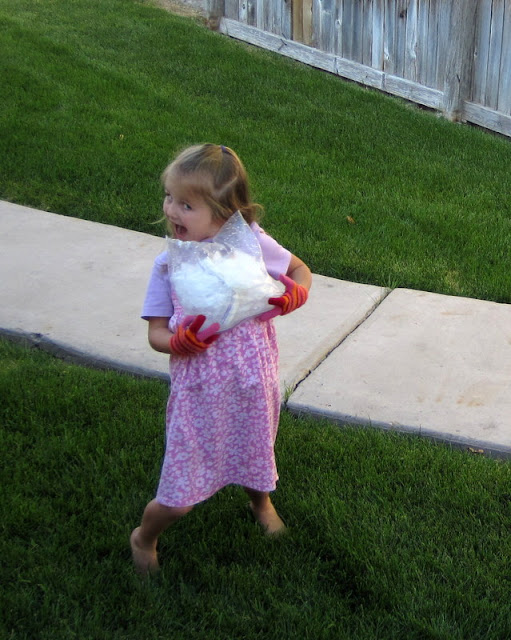 Andrew and I played catch with our batch of ice cream, too but the bag had gotten so beaten up by this time that it broke open before we'd finished shaking ours up: 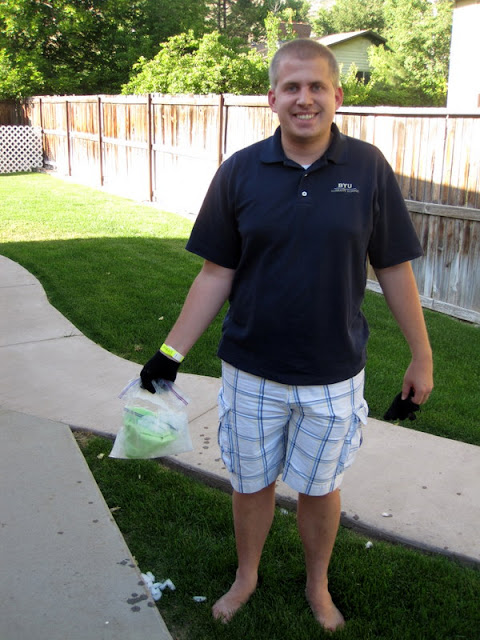 So our ice cream wasn't quite as frozen as the girls' but it was still good! 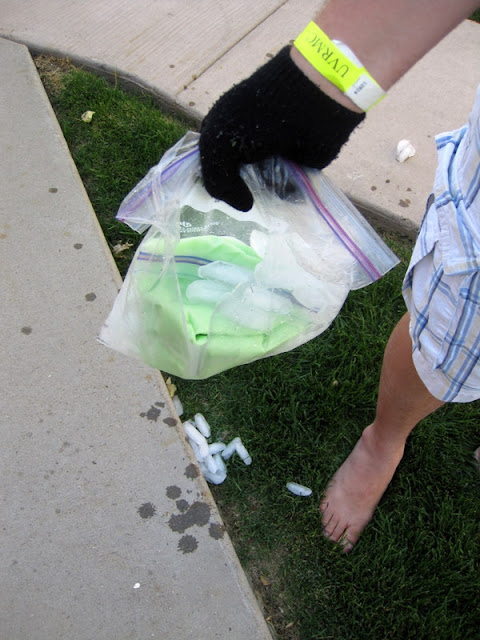 We added a package of pistachio pudding to ours; it was good. 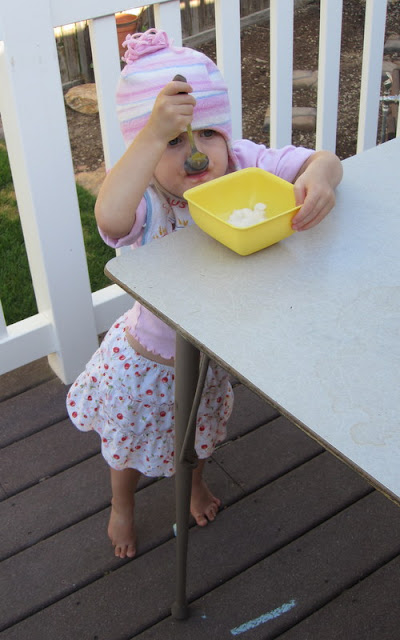 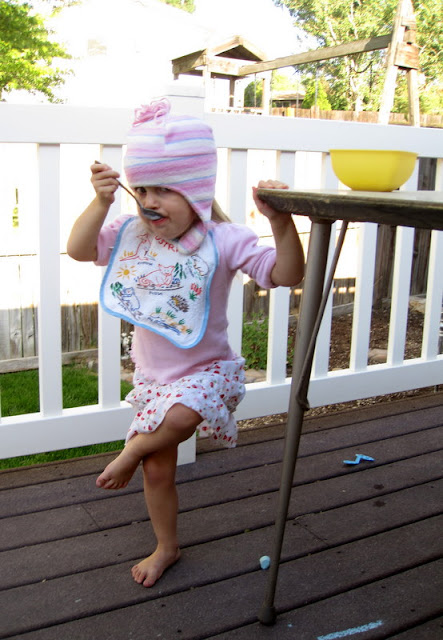 I don't see this becoming a weekly thing or anything (because it was messy and slightly complicated (still easy but much more difficult than opening a box (or bucket) of ice cream from the store)) but it was certainly a fun summer activity that I'm sure will be repeated...sometime in the future.
Posted by Nancy at 7:26 PM