It wasn't raining and nobody was throwing up so we decided to go to the park this morning and on the way home Benjamin begged to "stop by the izzer bank." The river isn't exactly on our way home; in fact, it's a little out of the way. But there's a little stream on the way to the river and in Benjamin's mind this little stream totally counts as a river, lucky for me.

The rest of the trail was extremely muddy and I wasn't really wearing appropriate footwear for a muddy hike. Benjamin wasn't either, really, but I'm boring and old and care about things like that. Benjamin on the other hand, was happy to be wading through the "izzer" wearing his crocs...and socks...

In all honesty we could have skipped the park in favour of throwing rocks into the water all day long because it made this little boy so happy (and a little bit muddy, but mostly just happy). 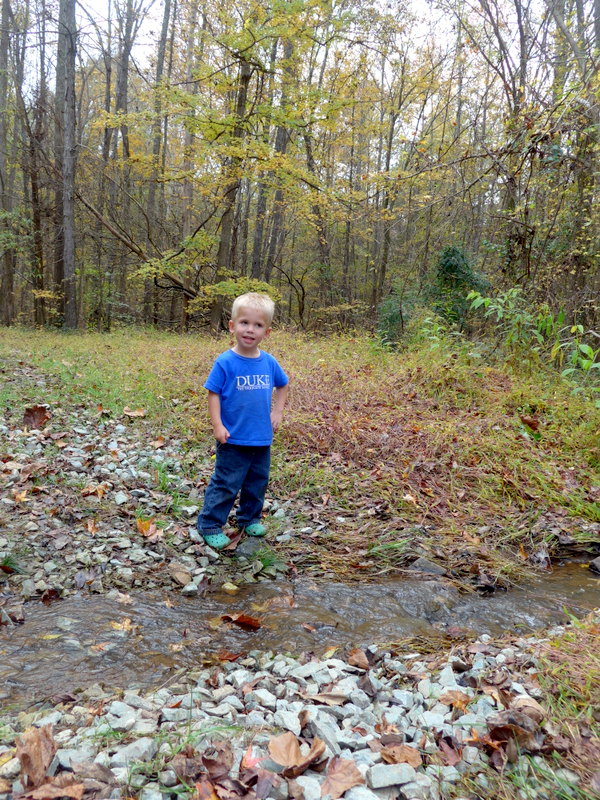 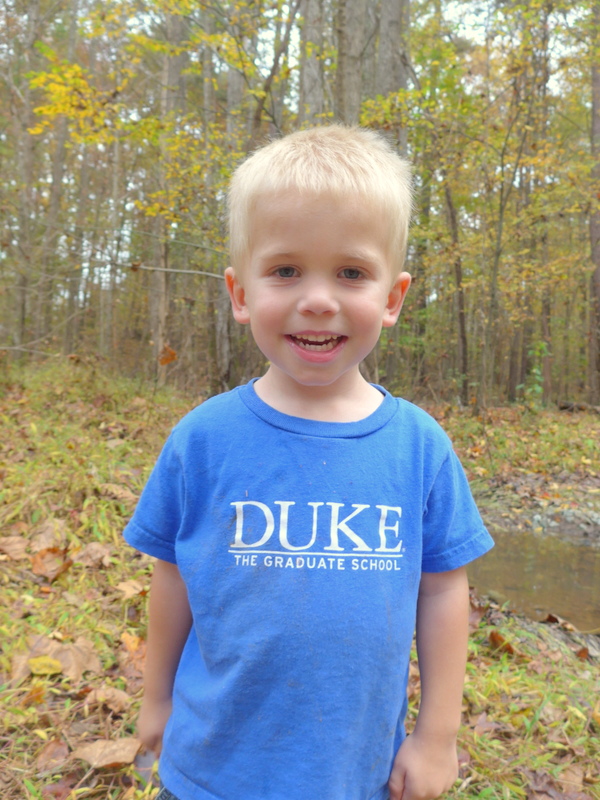 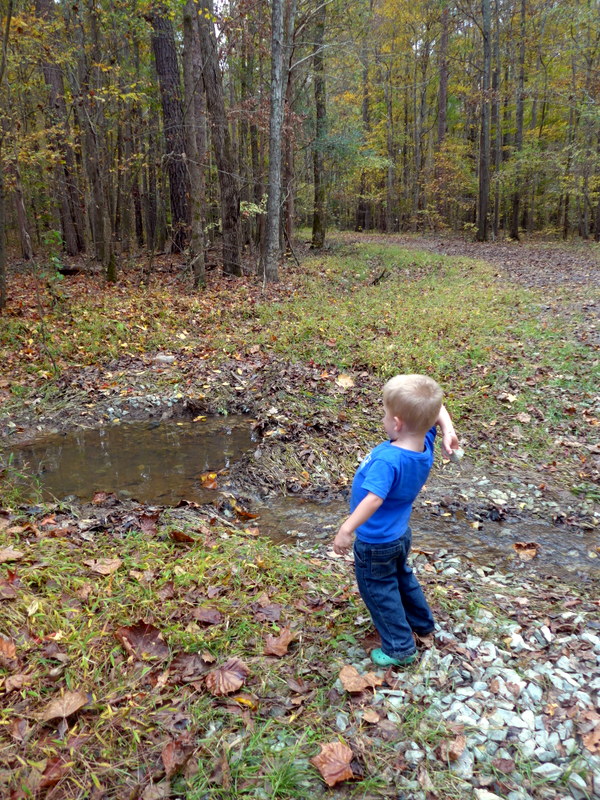 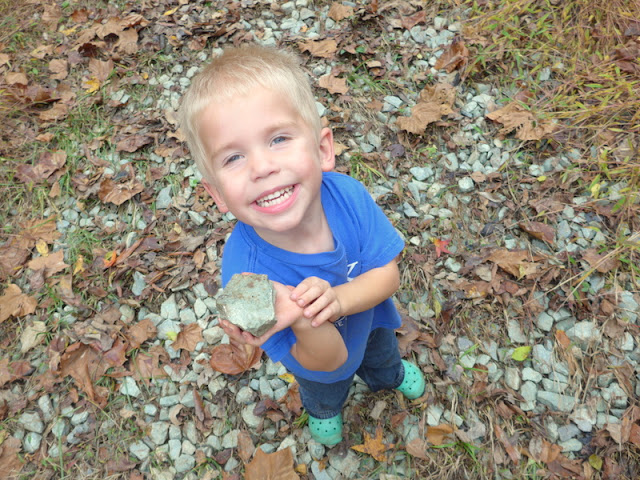 On the way home from the stream Benjamin caught a cricket and begged to take it home. Ordinarily he wouldn't have been able to catch a cricket, I don't think, but this one seemed to be well on its way to the grave already. It only took him a couple of tries before he grabbed it. I got out an empty container from our picnic lunch and let him put the cricket inside to carry it home. He immediately started talking about how the cricket was his best friend.

"Don't get too attached," I warned him. "I think the cricket is pretty old, so don't be too sad if you open the lid when we get home and find that the cricket is dying."

"Dying?! No!" Benjamin said. Then he started rocking the container in his arms and singing. "Rock-a-bye cricket in the treetops! When the wind blows the cricket will rock! There we go! Now when I open the lid he won't be dead—he will be sleeping." 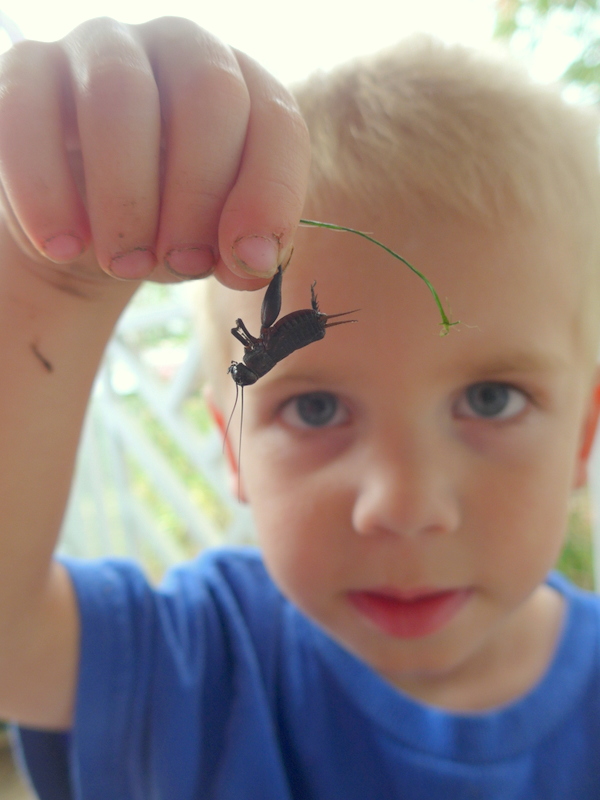 If only that was the way things worked. If only aged souls were soothed as easily as that.

The cricket was barely holding onto life when we got home. I'm sure it's sleeping...soundly...by now.

Do not go gentle into that good night,
Old age should burn and rave at close of day;
Rage, rage against the dying of the light.
(Dylan Thomas)

Thinking of Nola today.
Posted by Nancy at 12:45 AM