This morning Rachel's school chorus sang at the mall, which meant that we had to hold Trading Tables an hour earlier than we usually do (because someone forgot to look at the calendar when she was scheduling stuff...I don't know who) so that we could get her to the mall on time. Everything worked out swimmingly.

Here she is waiting to go on "stage": 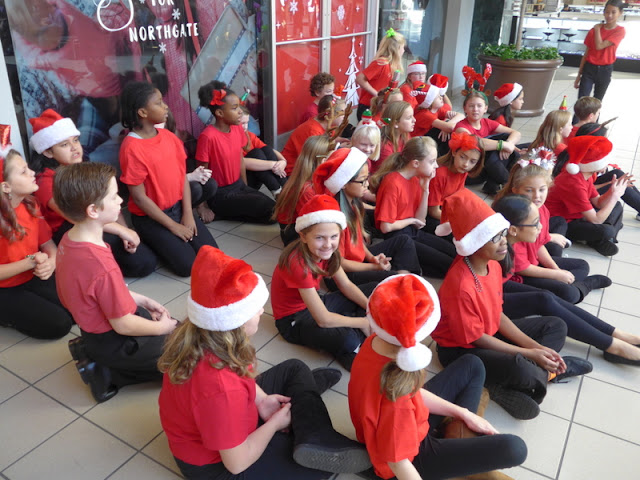 And here she is shooting looks at Andrew (who was sitting on the floor with Benjamin and Miriam): 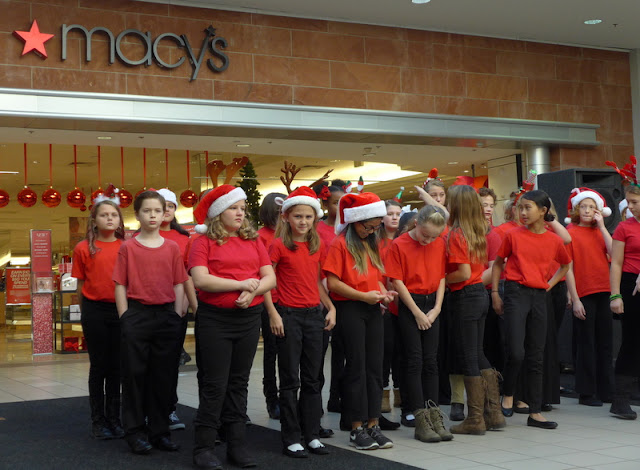 Benjamin's little buddy Maisy was there to watch her big sister perform. The two of them had fun sitting together. 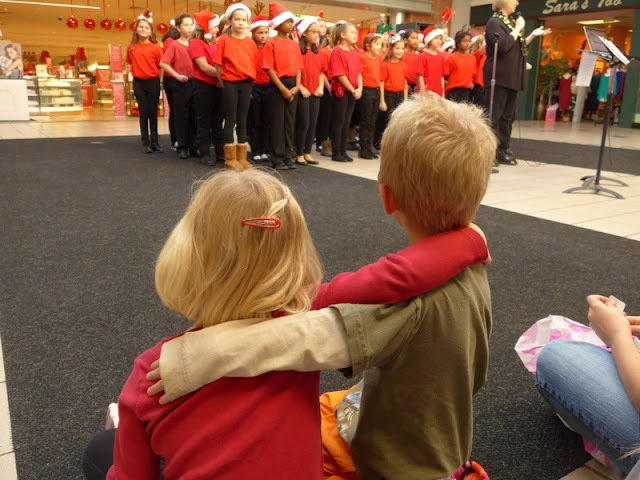 Maisy had a little more staying power, though, because by the end of the concert Benjamin had melted while Maisy was still quite attentive: 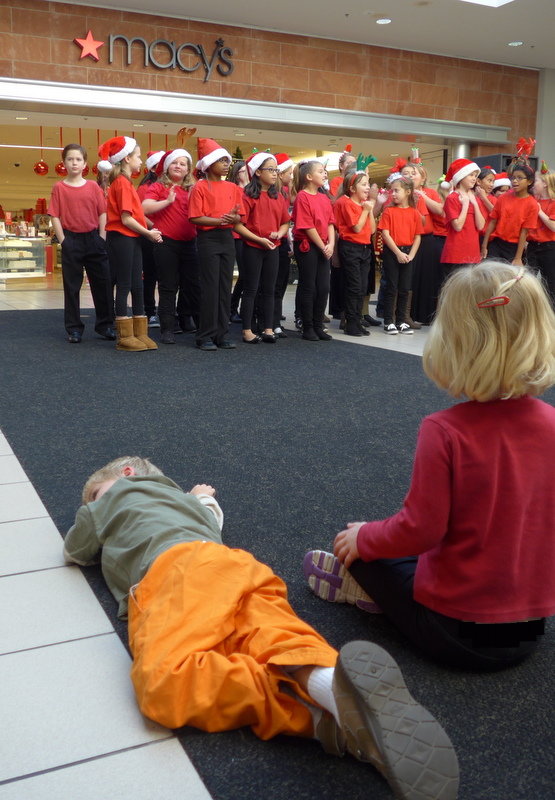 Andrew filmed the entire concert, which is more than I would have done (of course, I'm usually the one juggling the baby, so...), but I'm sure all the arrangements are copyrighted so instead of sharing a video I took a screen shot of the kids singing from one of Andrew's videos. Spotting Rachel is a bit like playing Where's Waldo, which our children have no clue about. I brought out some of our Christmas search and find books and in explaining them to the children Andrew said, "They're a bit like the Where's Waldo books." He was met with blank stares. So apparently we have to find some Waldo books for the kids. Anyway...the picture: 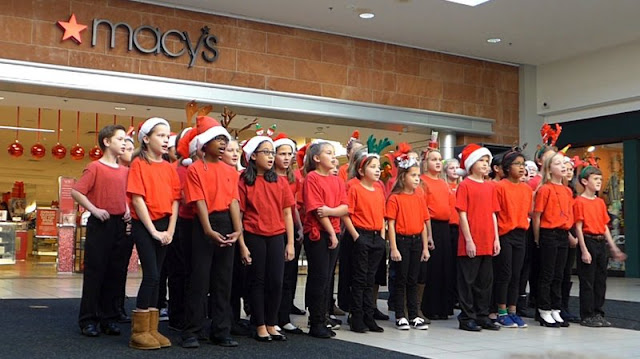 And here's one from my camera that I took while I was (surprise!) wrangling the baby. Zoë was really pretty good during their performance. She stood on my lap and bee-bopped to the music. 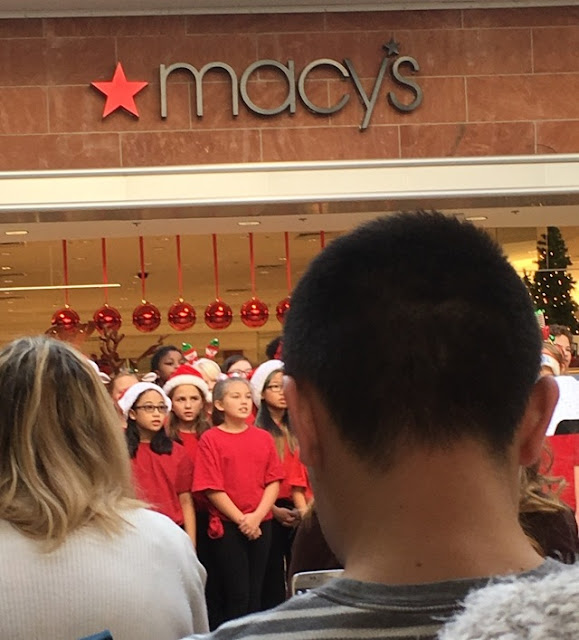 A gentleman relinquished his seat for me, so I got to sit on an actual chair, which was probably good because I don't know that Zoë would have been so easy to contain otherwise!

It was a fun little concert. I enjoyed La Navidad quite a bit and Zoë seemed to like O Kwanza in particular. That was pretty funny, actually. In the middle of the song the lady next to me leaned over and said, "Who is Wanda?!"

"What?" I whispered back.

She laughed through the rest of the song.

I have memories of performing in shopping malls as a child—both singing and, I think, folk dancing—so I was happy to help Rachel make some of those same memories.
Posted by Nancy at 11:34 PM