Last time the girls had a Daddy/Daughter Dance at the school I kind of bombed it and sent my girls to the dance wearing casual clothes when I should have had them gussied up. In my defence, I was newly pregnant and exhausted and had the worst morning sickness of all five pregnancies. So the fact that I got them out the door at all is to be commended. Still, I felt bad that they were so...plain...while all their friends were so fancy.

Thank goodness I got a do-over last night!

This year their (new) school chose a 50s theme for the Daddy/Daughter Date Night (which involved more than just dancing—there were hoola hoops and other fun "stations"), so while we were waiting for Daddy to get home from work, the girls and I put costumes together. And we crushed it.

Miriam's costume was pretty easy because I'd made a poodle skirt for her school musical last year. Rachel's was a little more difficult because I didn't have (wasn't about to make) another poodle skirt. After looking through some "google images" results for "1950s fashion" we rolled her jeans, threw on a plaid shirt (of mine), and put her hair up in a handkerchief.

After looking up hairstyles, the girls let me experiment with some pin curls. 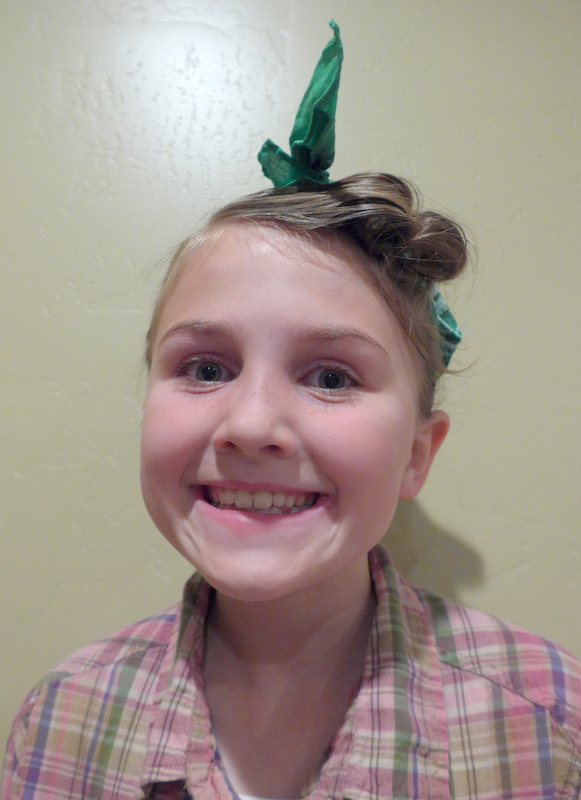 They were pretty happy with the results. 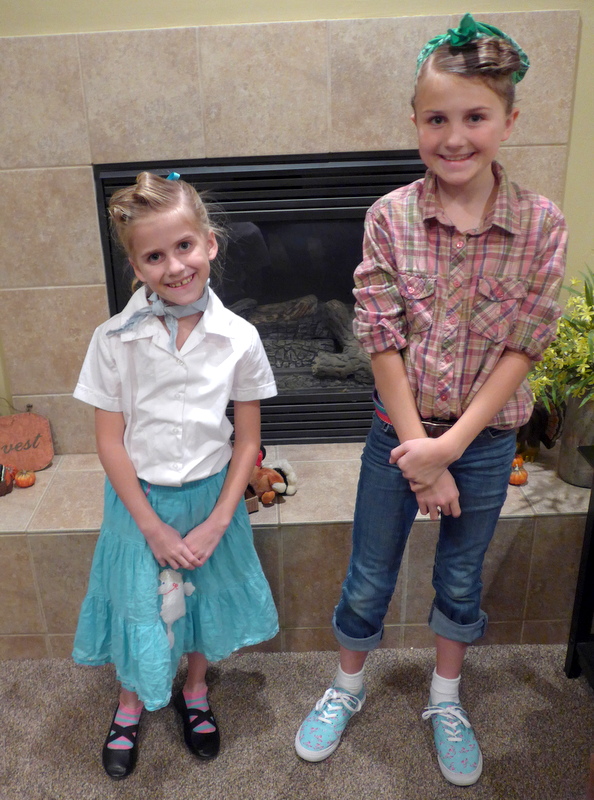 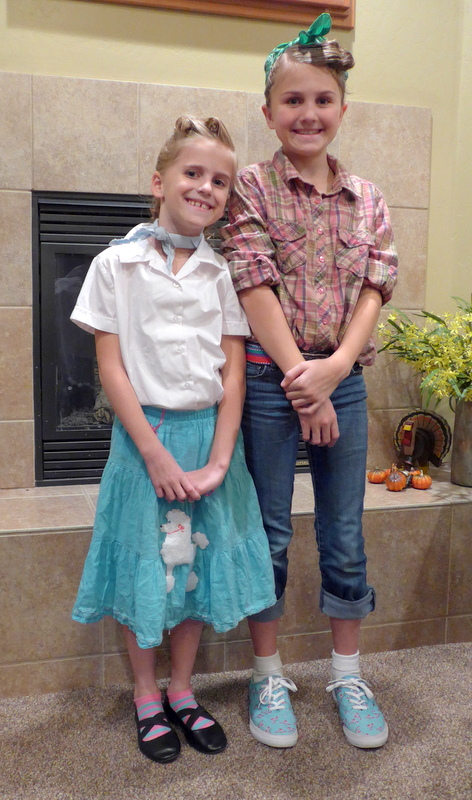 When Andrew got home from work we were able to pressure him into dressing up (a little), too. He doesn't really like dressing up but he was a good sport and agreed to wear bomber jacket and a white shirt. He even let me cuff his pants (but only for a picture; he put them down before they left for the school). 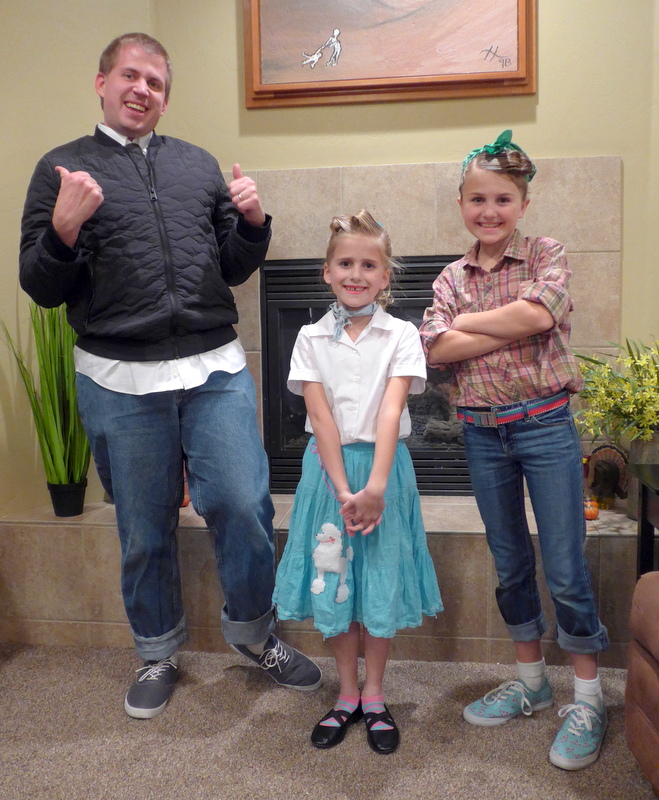 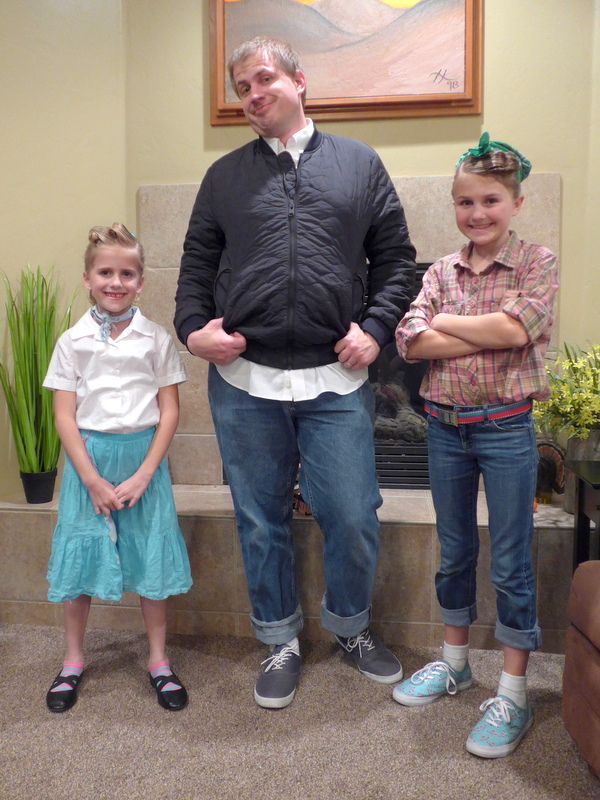 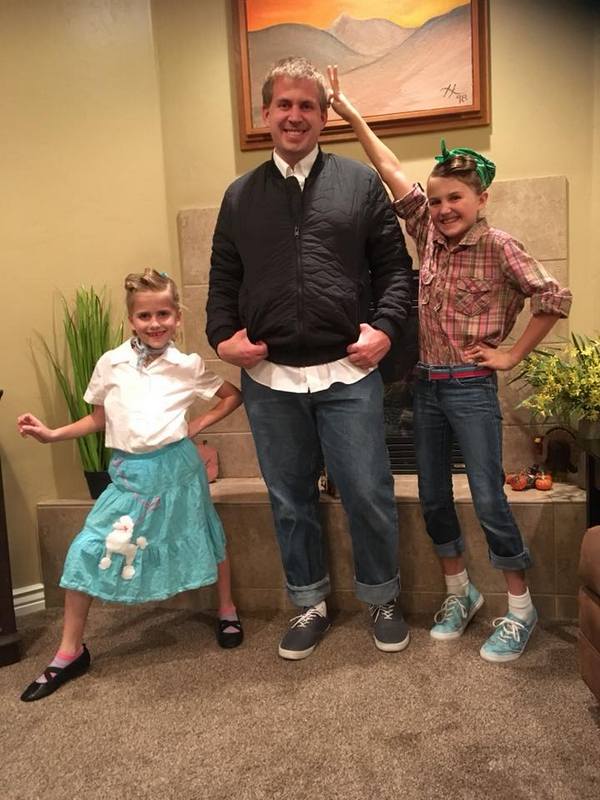 They had fun learning some new dance moves, playing games, and hanging out at the soda fountain. Once again the girls came home bursting with excitement (and secrets (such as that they had two sodas each, about which they swore to their father that they wouldn't tell me)). 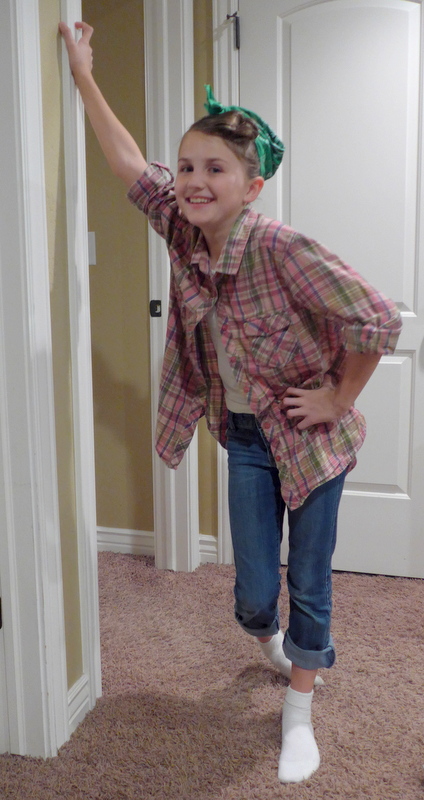 It's good for them to get out every once in a while and really let their hair down... 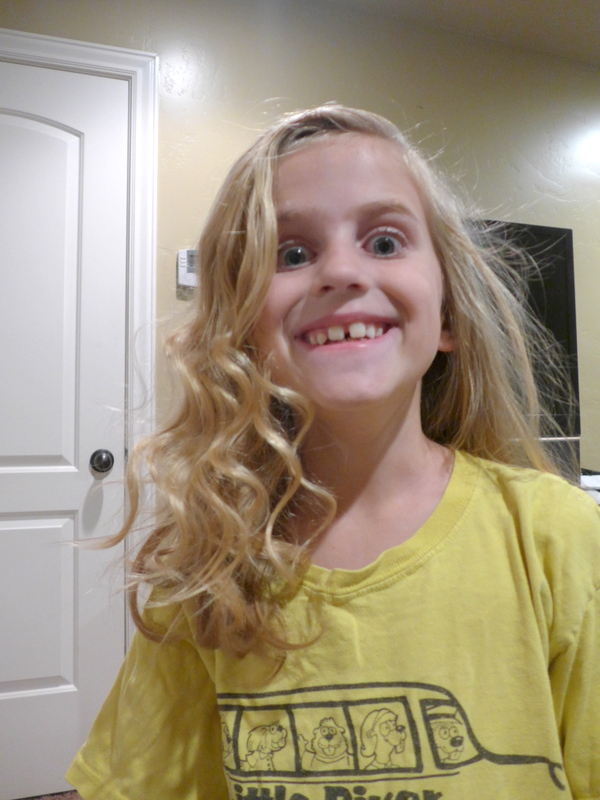 (Miriam was so excited about her curly hair that she requested rag curls this evening; we'll see how they turn out tomorrow).
Posted by Nancy at 10:52 PM