We had the first flurry of the season today and we all survived it (though we may have been comically overdressed compared to the...locals).

Here, for example, is Alexander on the first snowy day of his life: 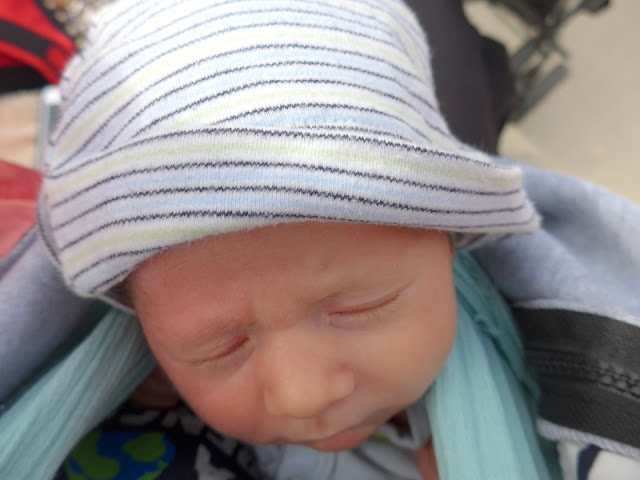 He's wearing jammies, is snuggled up to me in his wrap, a heavy blanket is tucked into the wrap, my sweater is zipped over that, and he has a hat. I'm also wearing a coat and gloves. (And I'm a little upset about the sweater I have on because it's supposed to accommodate the baby as well, but although that front panel has a little hood for the baby to wear there is no head hole for the baby. I think I'll just have to cut my own...but I really just wish the sweater had come the way it was advertised. *sigh* 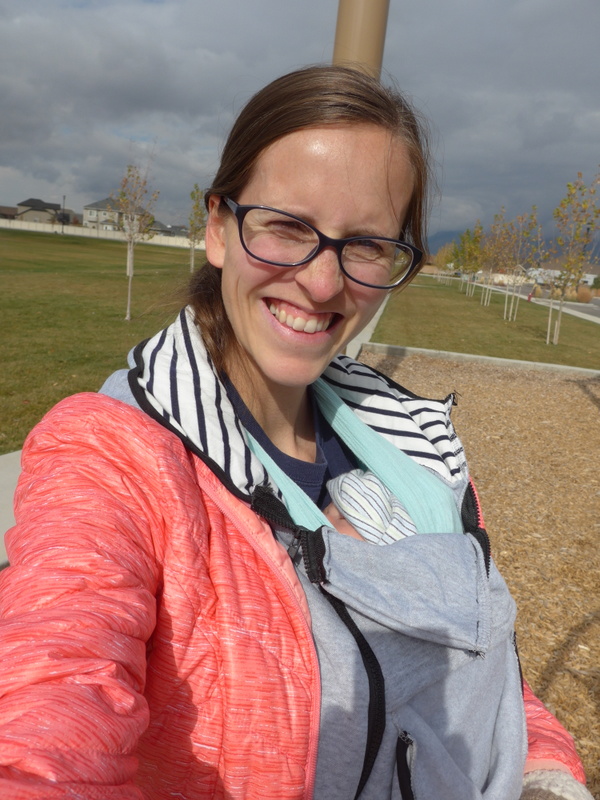 Zoë wore her new winter coat, mittens, and a hat (though she had to take her mittens off to climb). She desperately wanted to wear her snow pants but at this point that really would have been overkill. 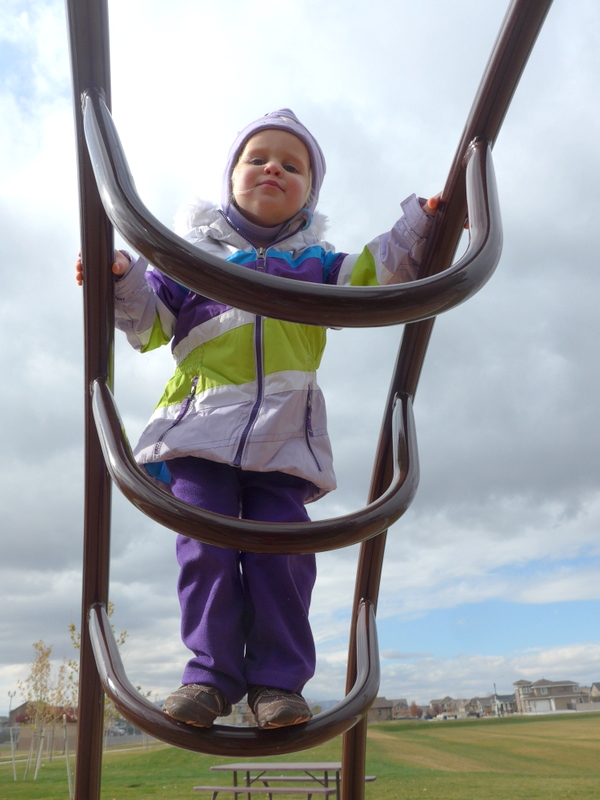 Benjamin had on a winter coat, which he left unzipped. He also refused gloves. 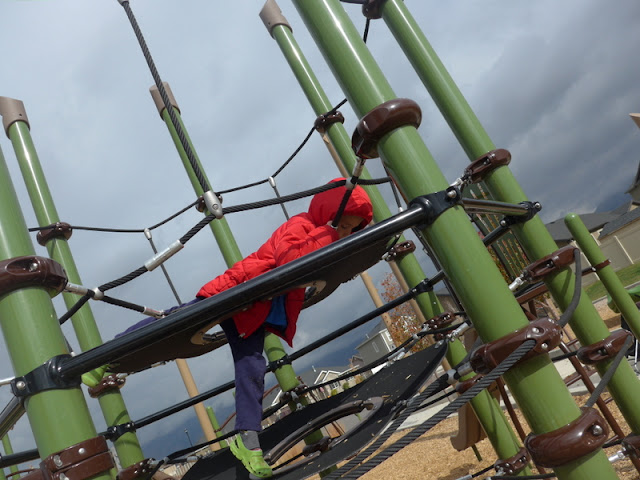 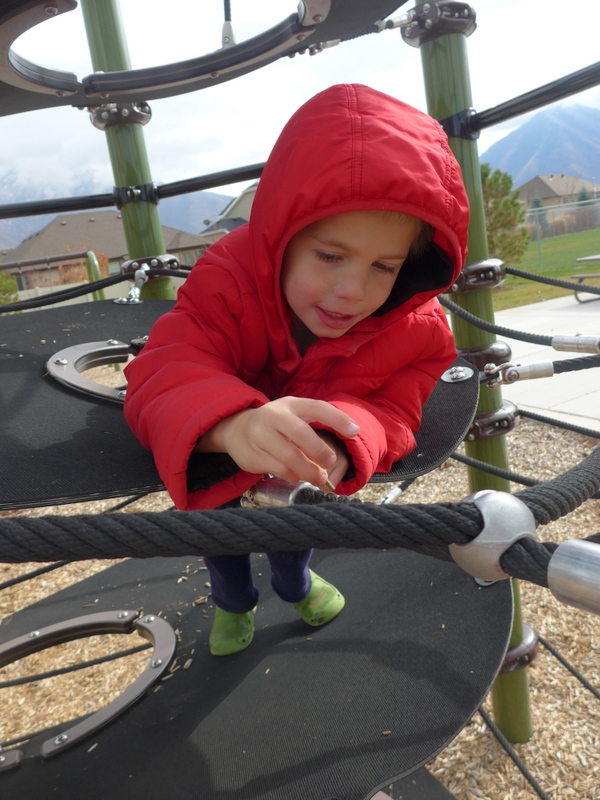 I didn't feel overdressed (that wind is chilly) but a quick glance at the school field makes me wonder how we'll survive the rest of the winter (also, there is no way these children would've been permitted outside if they lived in Durham...). 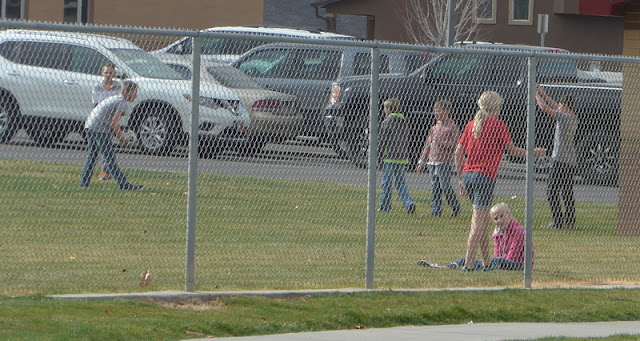 In other news, Zoë is conquering the ladders at the playground one at a time lately. Yesterday she finally made it up a tall ladder she'd never quite been able to master, and then today she figured out how to come down a ladder she'd only been able to go up. She was quite proud of herself both days (and spent the whole time we were at the playground going up and down and up and down). 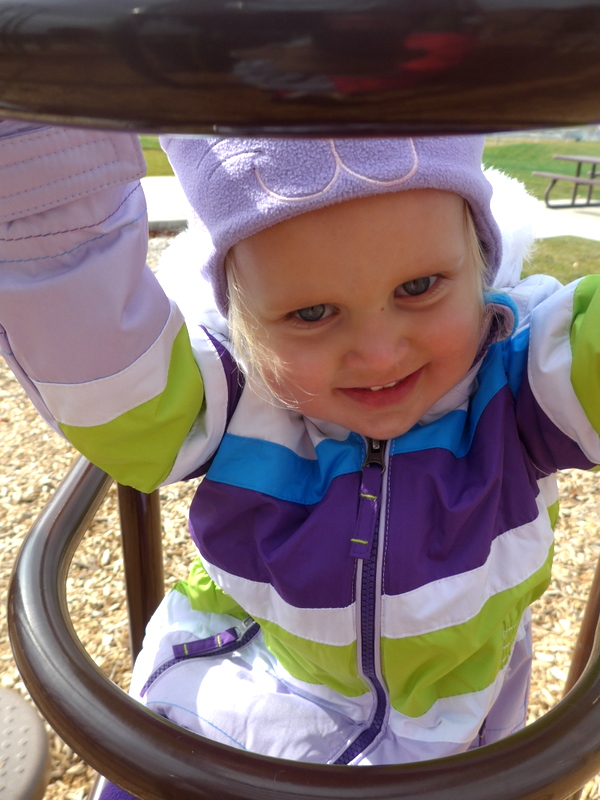 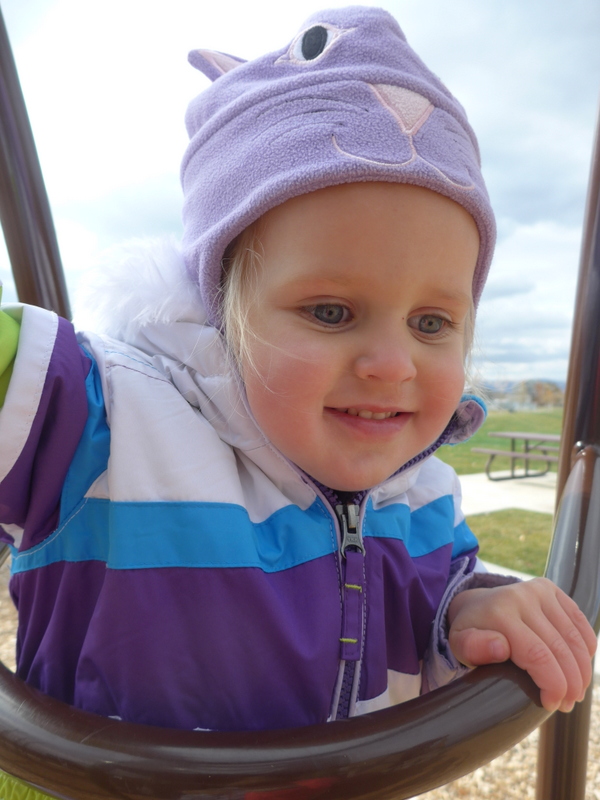 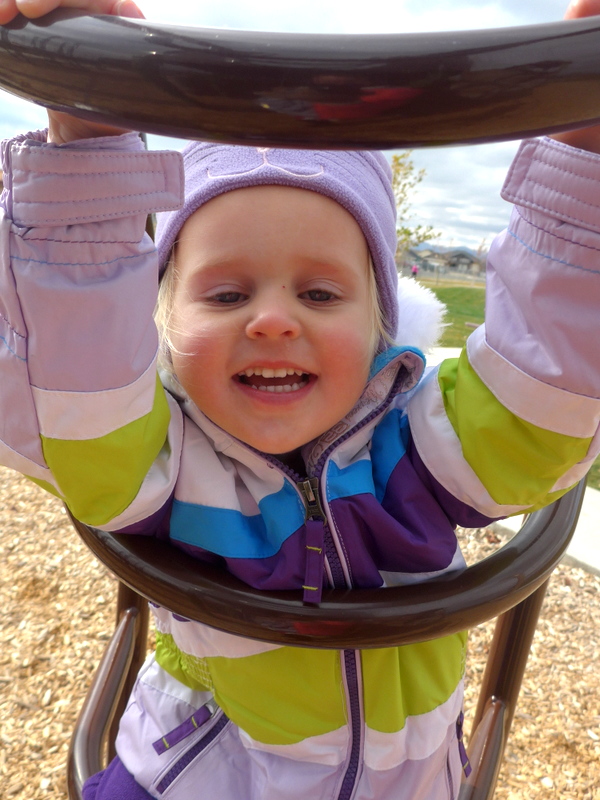 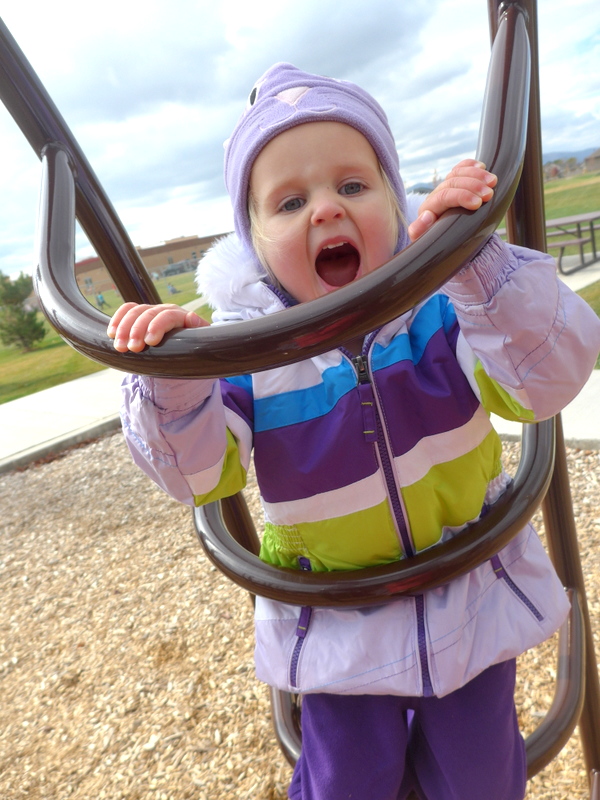