A few years ago we brought these three little ones together for the first time:

Two and a half years later we got them back together:


It sure was hard to get them to smile at the same time! 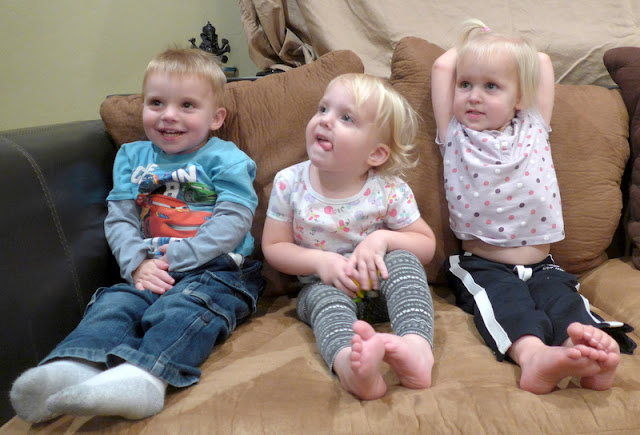 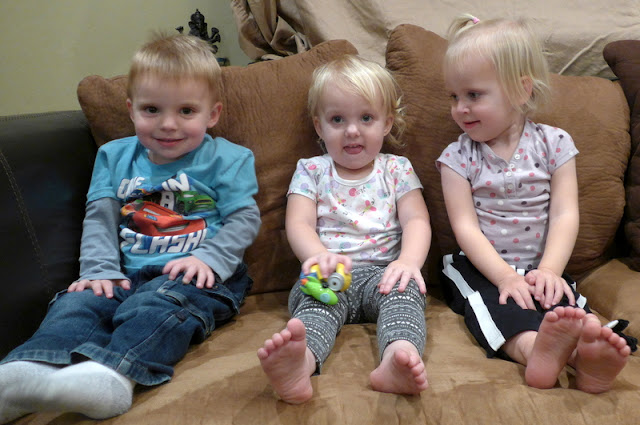 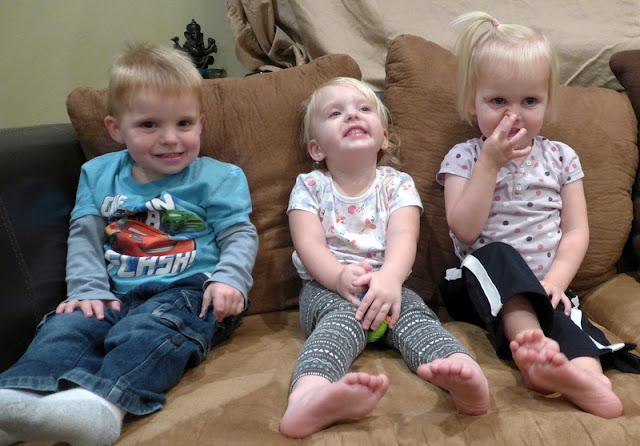 Here's Maren and Zoë together this year:

And two and a half years ago:

Emily and I were quite excited to get these little girls together. It took them a little while to warm up to each other but by the end of their time together they were running around like best friends.

They're big sisters together now, too, which is fun! Here they are holding "their" babies: 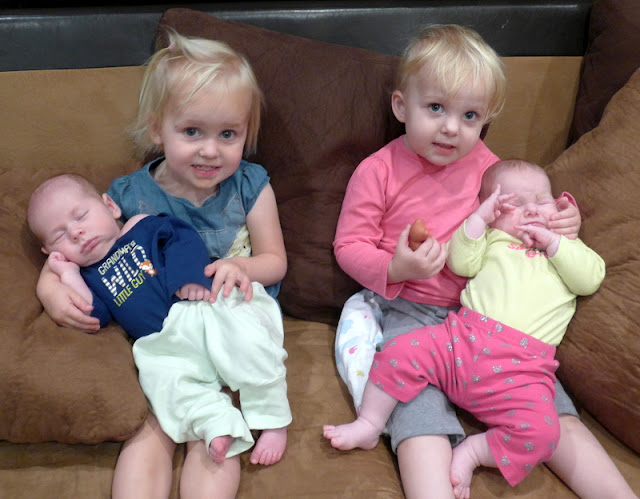 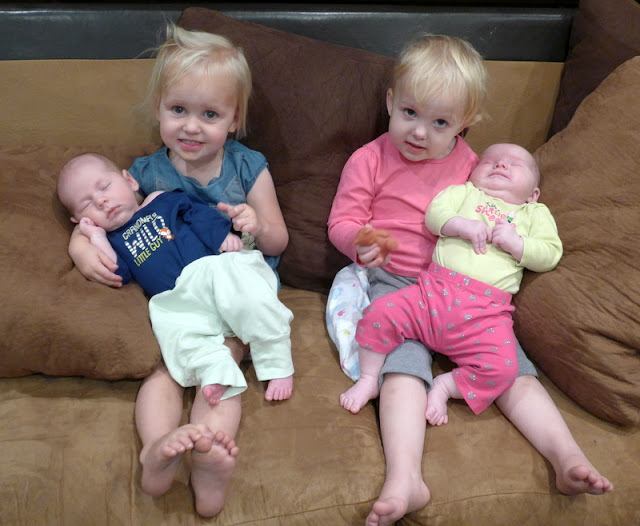 We had to take some pictures of Arwyn and Alex together, naturally. Arwyn is the quietest little thing (though she does love to coo) and is content to lie still, for the most part. Alexander, on the other hand, is constantly squeaking and grunting and wriggling and rolling (he can't quite roll completely over yet but he can rock from side to side (and, let's be honest, if I ever put him down for any length of time, would probably be rolling by now...but he's usually up and out of harm's way)). 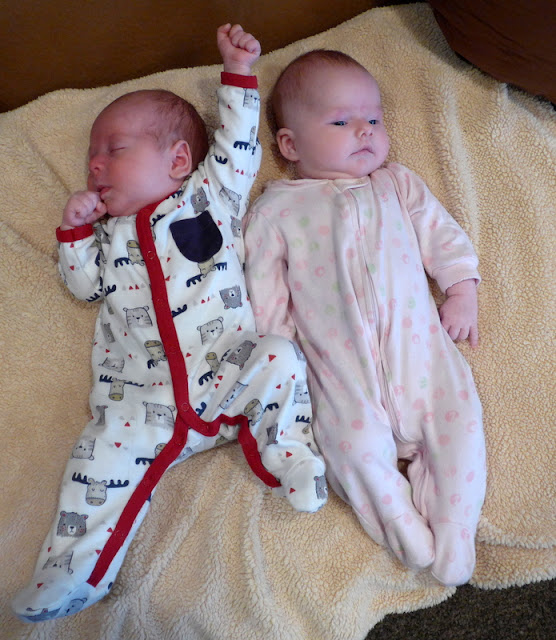 We were laughing about the array of pictures I took of the two of them because Alexander was squirming all over the place, while Arwyn was more or less in the same position for every single shot! 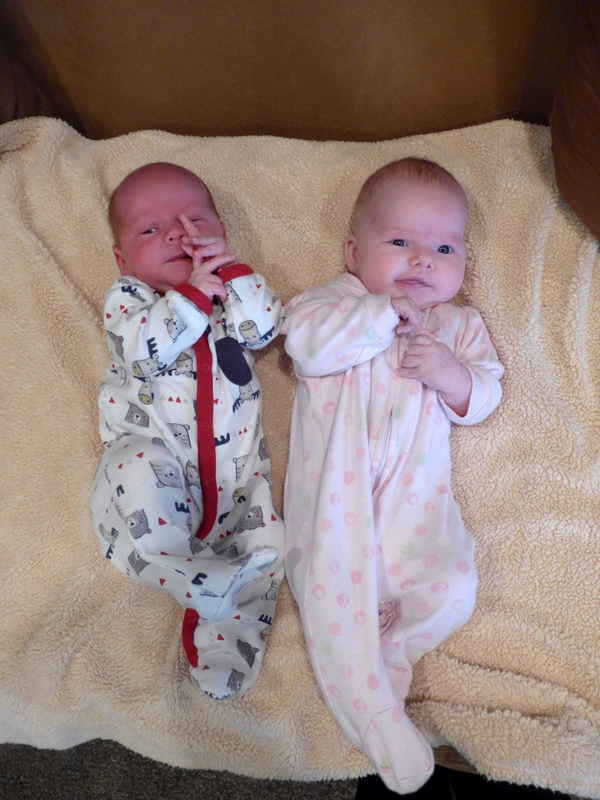 When he found her arm he really grabbed on... 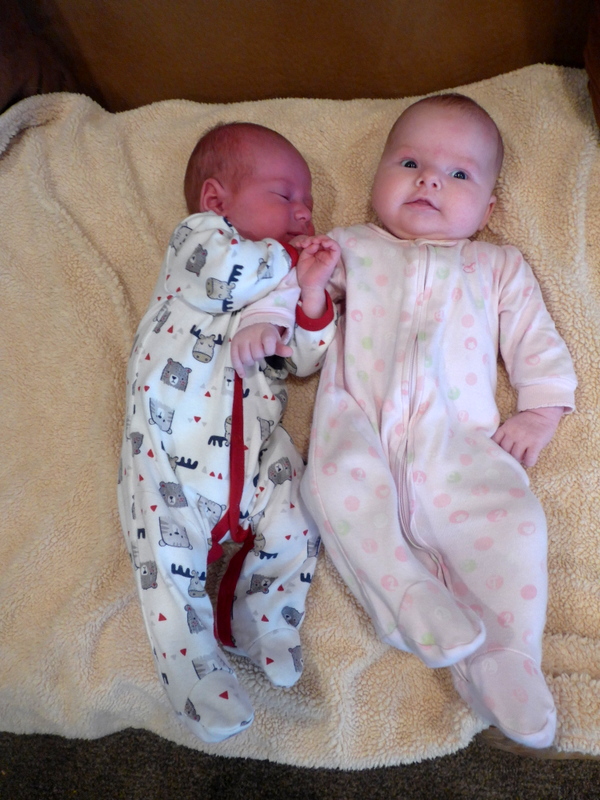 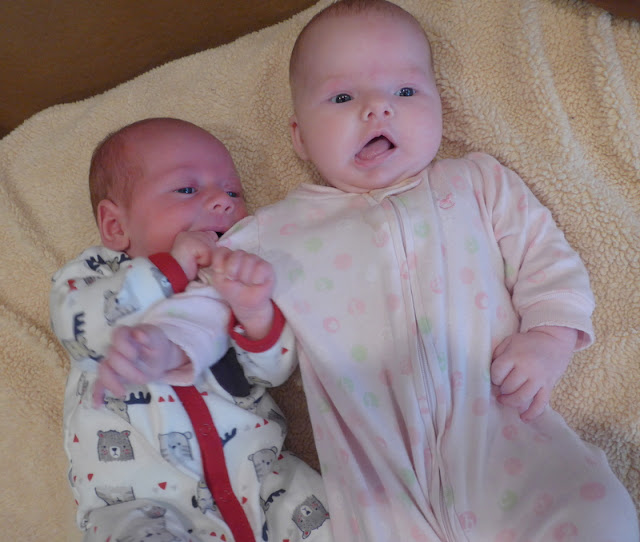 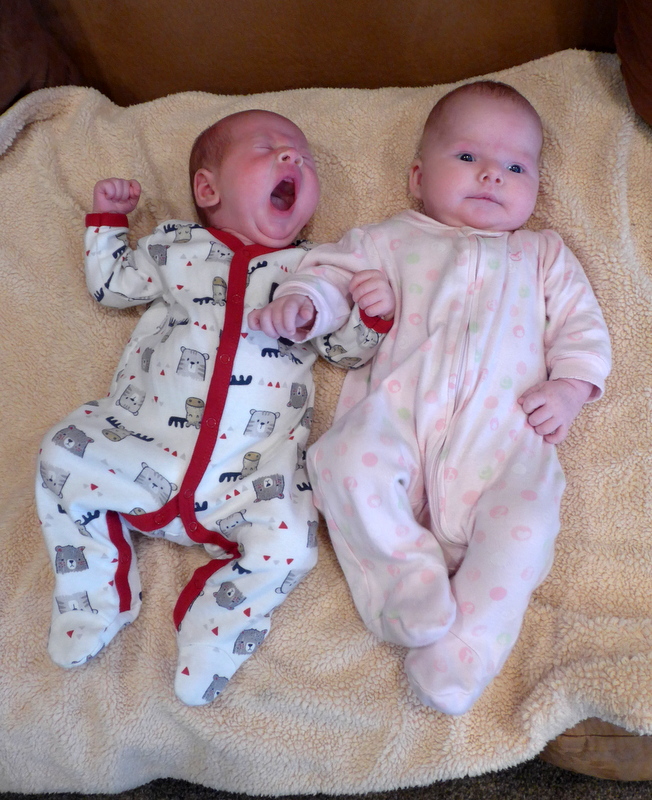 They sure are cute together! 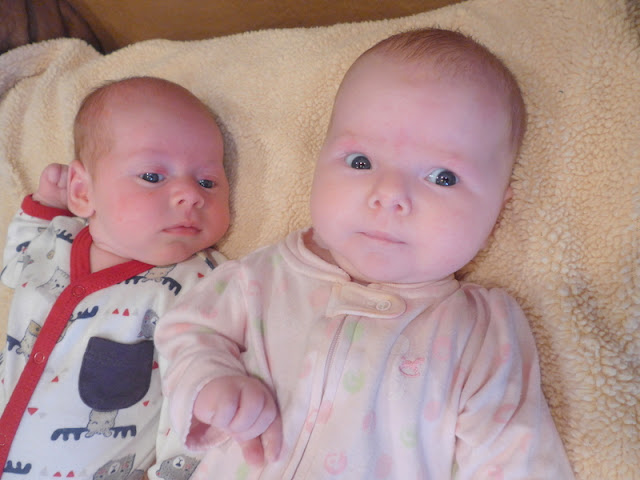 There he goes, stretching again: 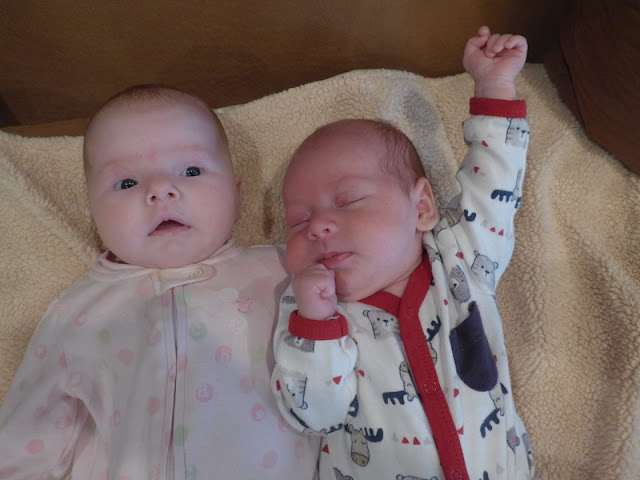 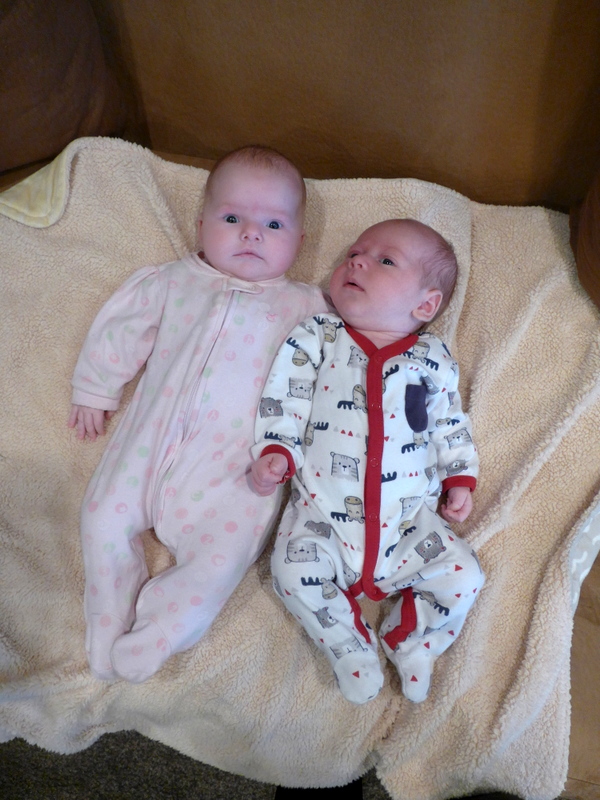 Here's a picture of me holding both Arwyn and Alexander (there's nothing better than an armful of baby!): 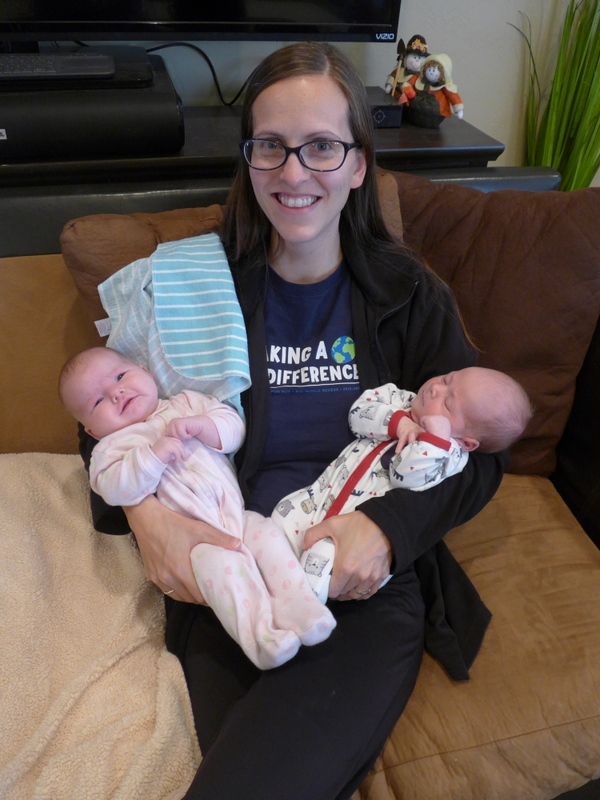 While we had Grandpa Frank over, we decided we should get a four-generation picture: 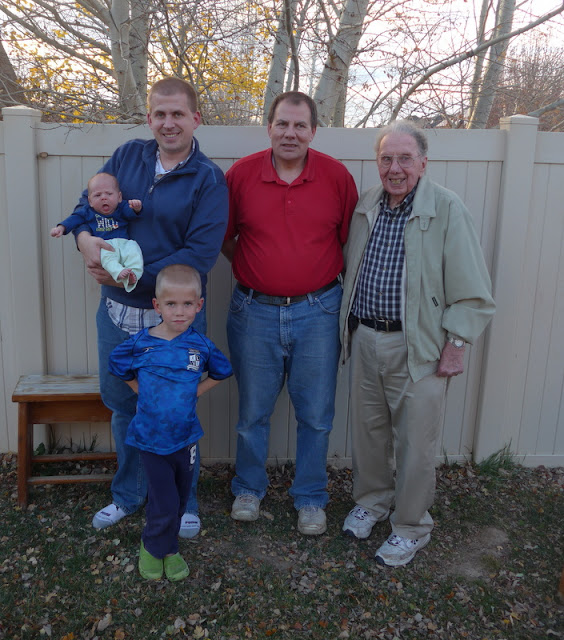 And we got a generation picture for Emily, too, of course: 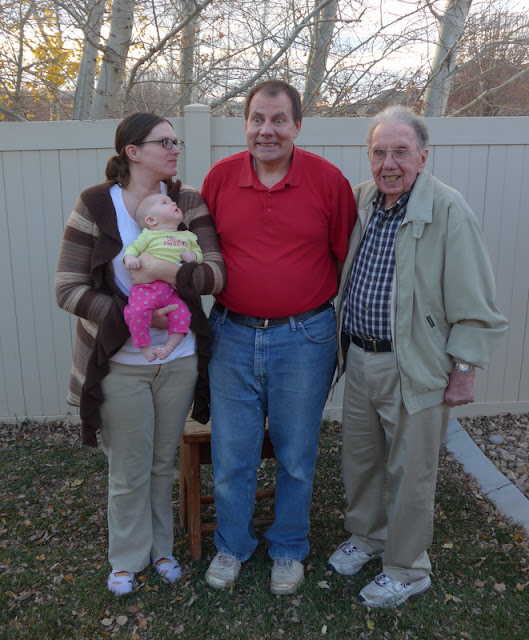 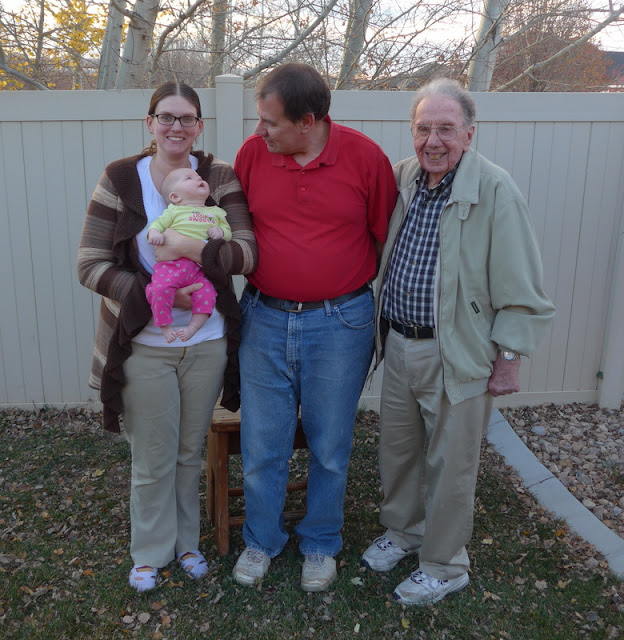 Eventually everyone looked at the camera: 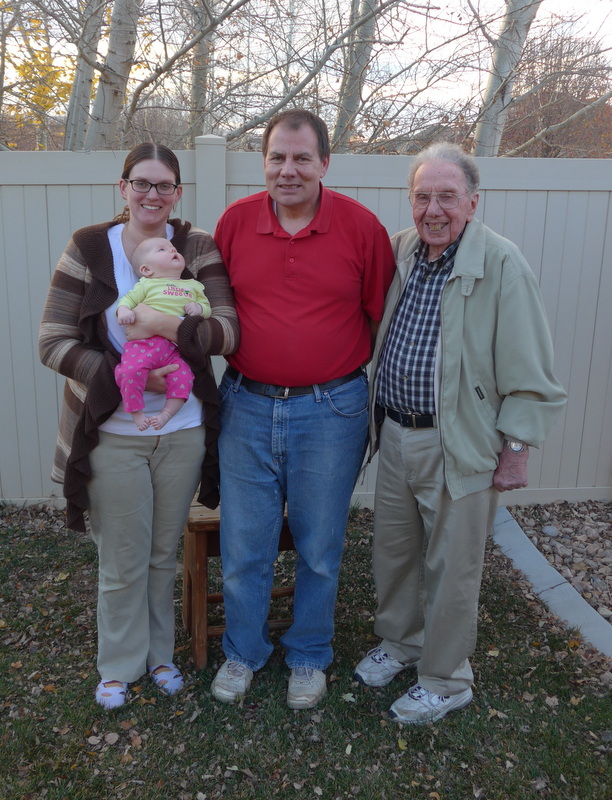 Here's Grandma and Grandpa enjoying their newest grandbabies (and Zoë): 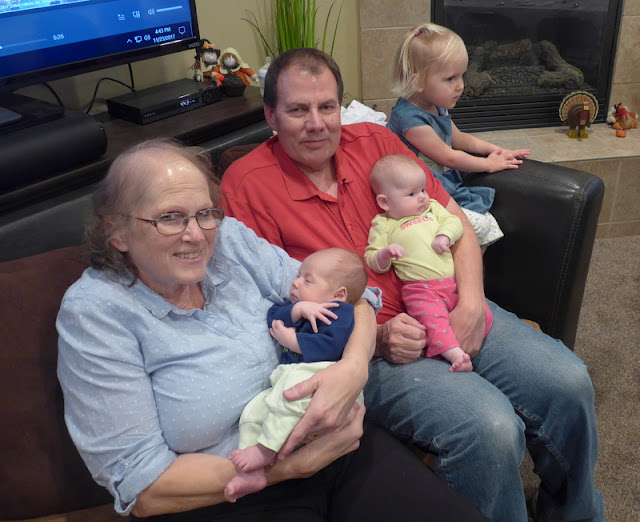 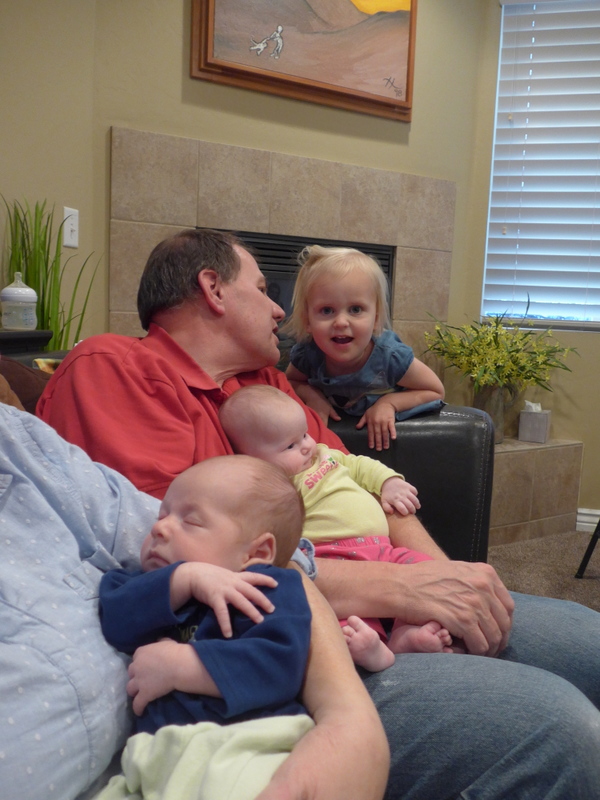 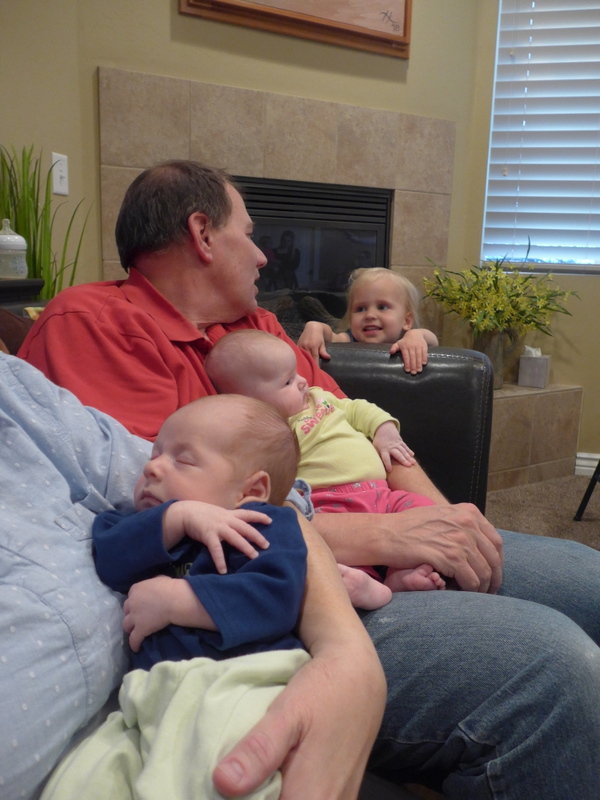 Here's Alexander wearing the onesie my friend Crystal sent for him (thanks, Crystal): 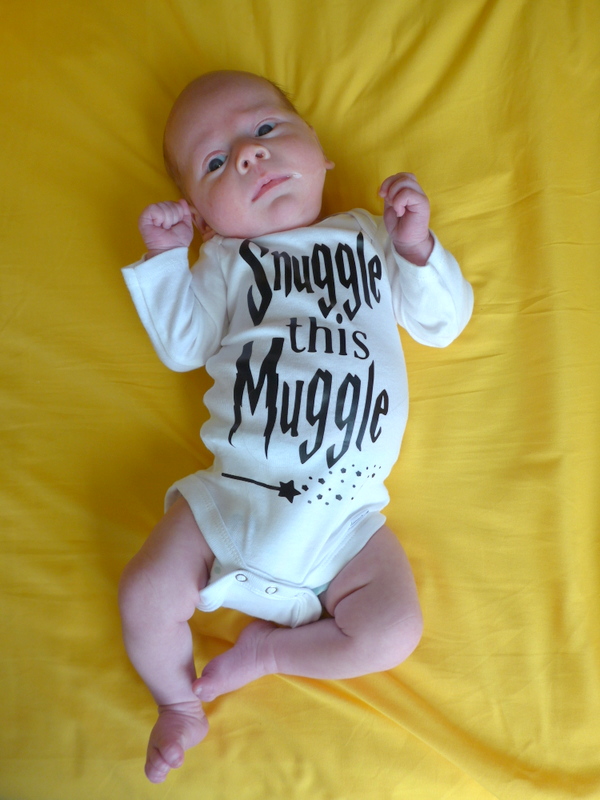 When I brought him downstairs wearing it this morning, Rachel asked if she could hold him, and then I had to run get the camera because it's such a nerdy onesie and Rachel was in such nerdy pyjamas (storm trooper jammies, if you couldn't tell, and Alexander is in a Harry Potter onesie)... 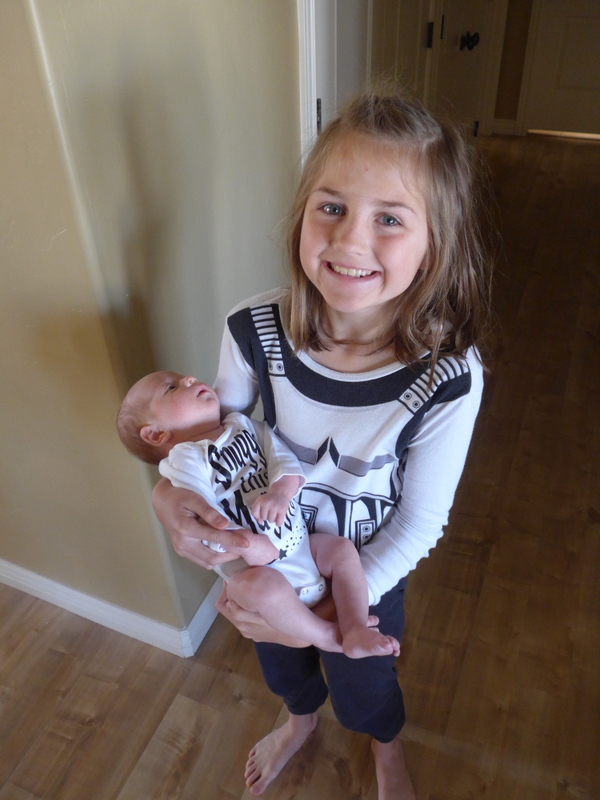 I helped take the kids to the park in the early afternoon and then Emily and I realized that we still needed to get a picture of ourselves with our babies, to match our maternity pictures from this summer... 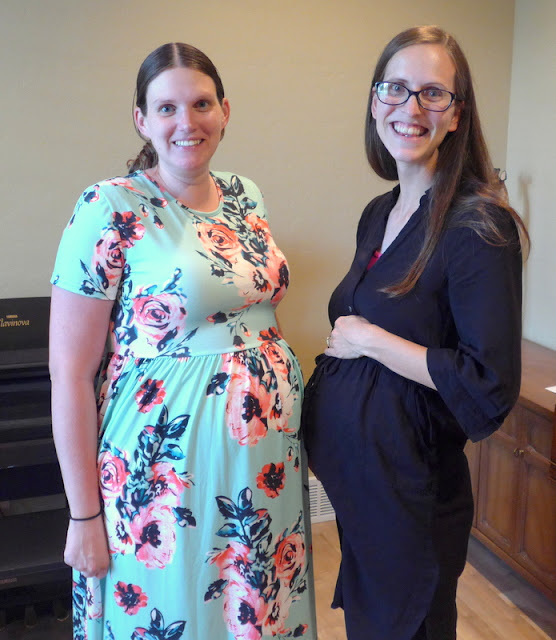 I definitely look like I've been playing at the park with a zillion kids, but at least we got the picture together! 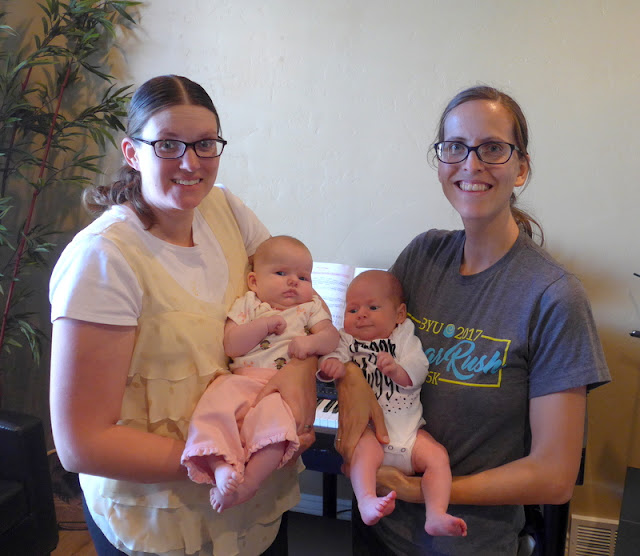 Lastly, we had to get a picture of little Arwyn Delsa with her great-grandmother Delsa (Karen's mom): 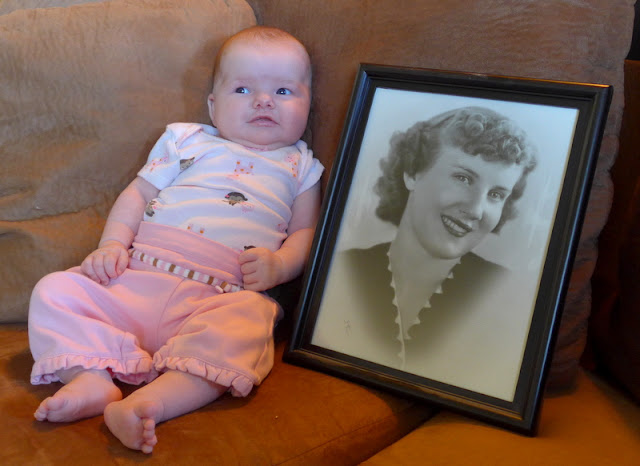 Emily was feeling sad that she couldn't have a picture of four generations of women, but we made it happen (and I think it turned out great): 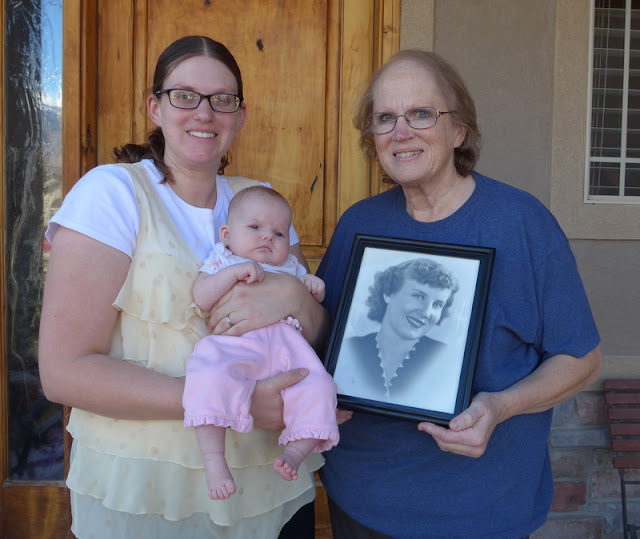 I have many more pictures (and stories) where these came from (and eventually I may get them all sorted out and written down but for now I wanted to throw these up).
Posted by Nancy at 2:13 AM