Idaho and back again

The kids spent Friday night up in Idaho with Andrew's parents. They went swimming at the hotel and watched a movie on Friday night and spent Saturday playing with their cousins (at the Artitorium). The main event—Arwyn's baby blessing—was Saturday afternoon, shortly before they left to come home, so they didn't end up arriving home until it was bedtime.

"You might want to make them some dinner," Reid told me. "We didn't stop for dinner so all they've had is candy."

So I started scrambling some eggs.

"We already had dinner," Benjamin objected, "And it was awesome!"

After eggs and toast and bath time we got the kids all tucked into bed—rather late. Still, we were surprised when we woke up this morning and all of our kids (five out of five) were still asleep. Granted, Alexander had just fallen back to sleep after being up, but having all five children asleep while we were awake felt like a grand (albeit eerie) accomplishment.

Zoë and Rachel were sleeping on the couch, so obviously they'd been up a bit earlier. Rachel said Zoë climbed into her bed around 7:00 and she had managed to convince her to cuddle. 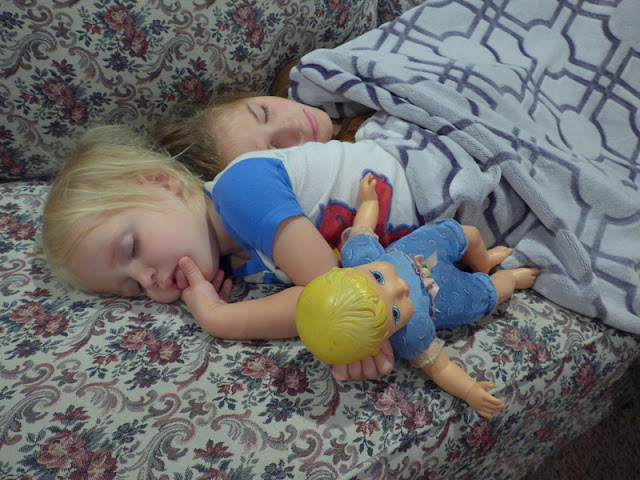 Zoë was excited to be with Alexander again, even though she'd just come back from seeing Baby Arwyn (which was her one true desire this past week). She asked if she could help burp him after he'd eaten. 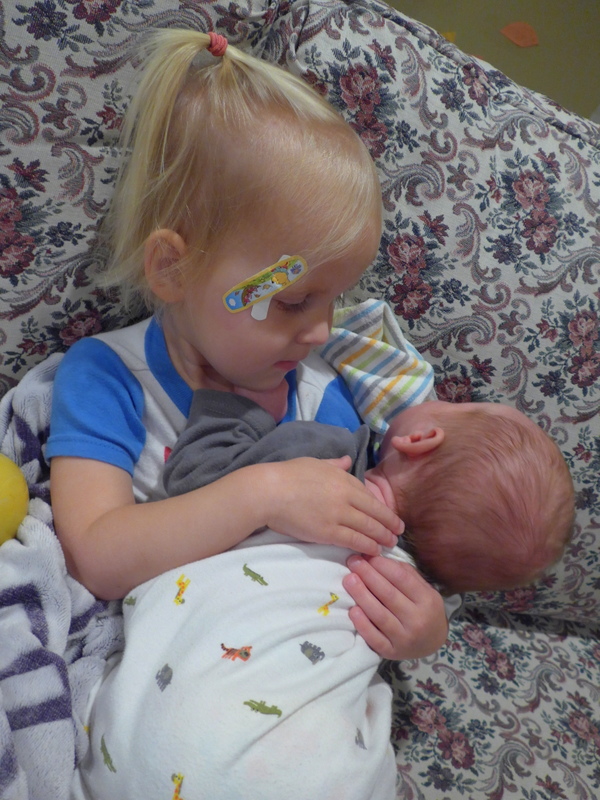 You probably noticed her sad little eye! Apparently she was running around at Emily and Morgan's and crashed into the corner of a counter (or something). Everything happens to that eye of hers—she already has a little scar there from when Benjamin hit her with the water gun (it's also the eye he hit with a rock while we were camping) and now she'll probably have another little scar from this (literal) run-in with the counter. At least this time Benjamin didn't have anything to do with it!

Anyway, Zoë had a great time trying to burp the baby: 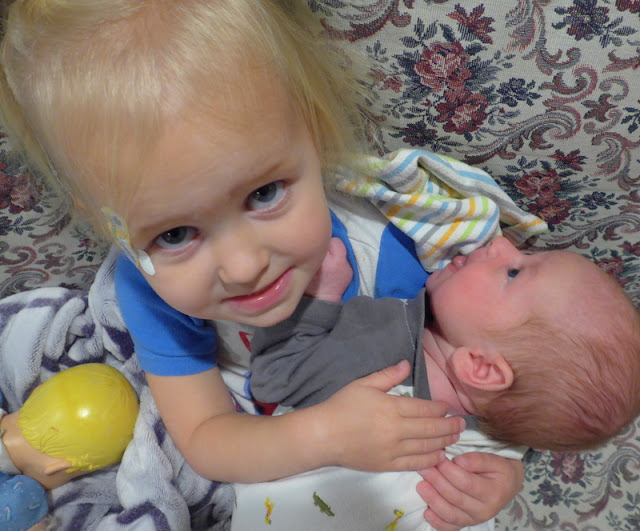 I'm not sure the feeling was mutual...but he wasn't outright panicking about it either: 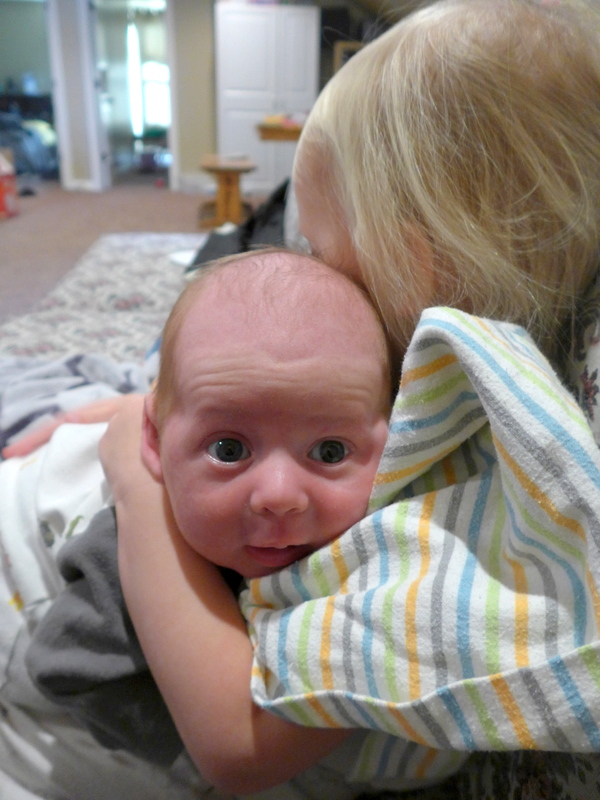 Here they are, cheek to cheek: 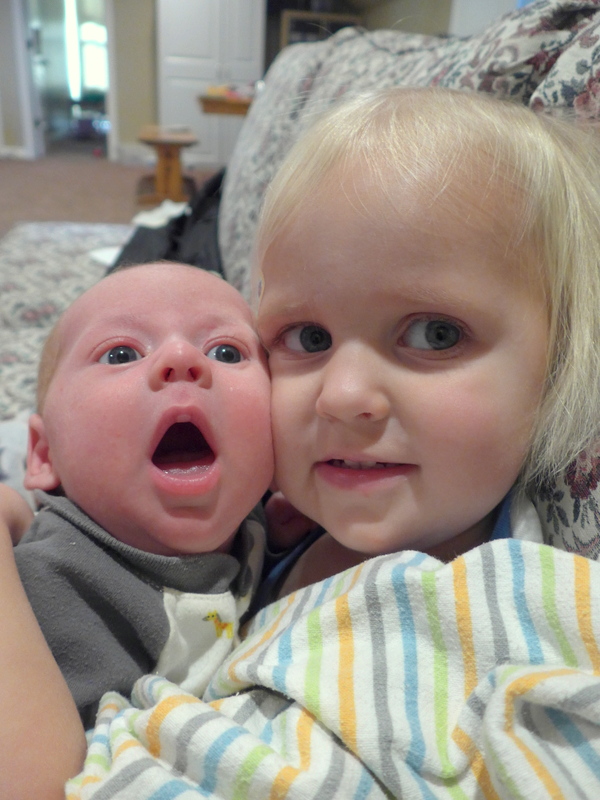 There's nothing quite like having a new baby to make your old(er) baby seem monstrously ginormous!

The kids had a wonderful time up in Idaho and I had a wonderful time at home without them (thanks to Reid and Karen for bravely taking them all up there while Andrew was out of town). Now they're anxiously awaiting Thanksgiving break when they'll get to see all their Heiss-side cousins again (the Idaho cousins and the Utah cousins).

And here are some pictures I snapped of Alexander before he went down for bed this evening, just because he's cute (extremely cute, according to his nightie): 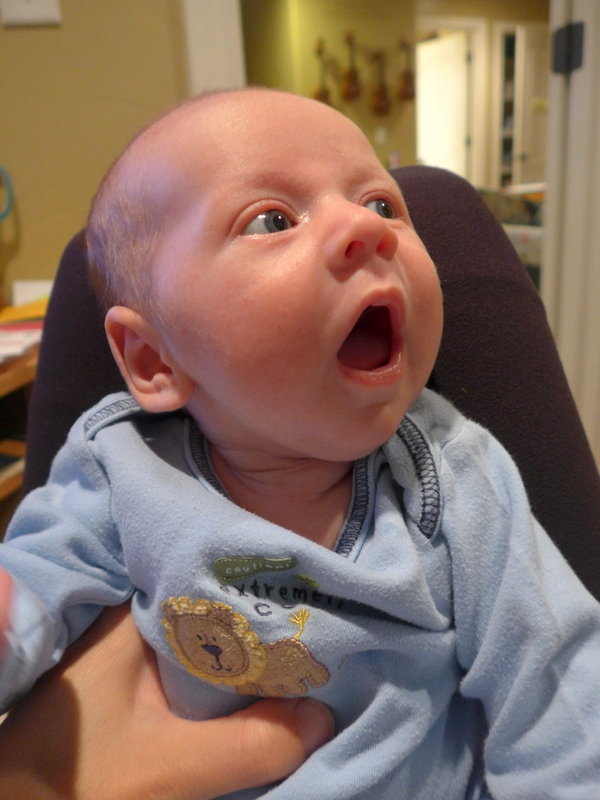 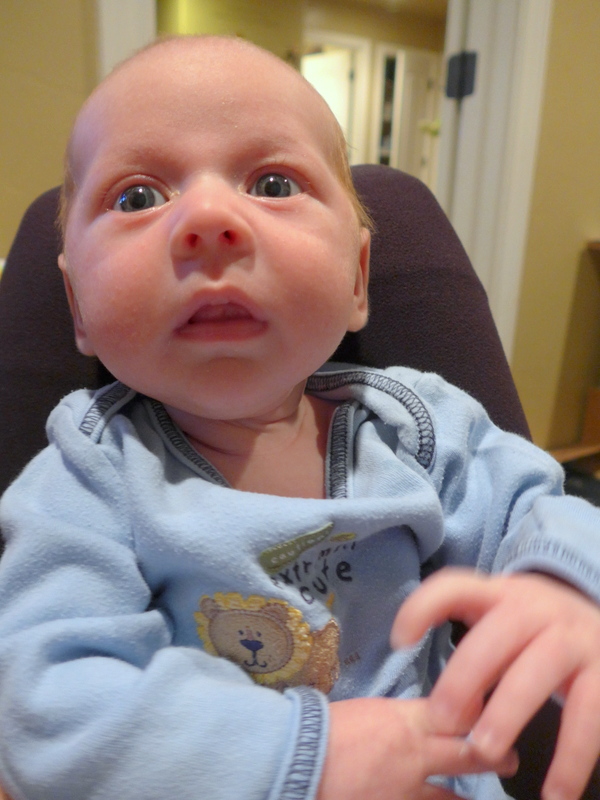