Cheaper by the dozen

The last time we took Heiss family pictures (about three years ago (December 30, 2014)), there were five grandchildren. Rachel and Kayl were seven, Miriam was five, Benjamin was two, and Gavin was one. In the last three years we've added seven more grandchildren (like rabbits, I tell you) and for the first time ever we had all twelve grandchildren together (with seven children under the age of three) over Thanksgiving this year. 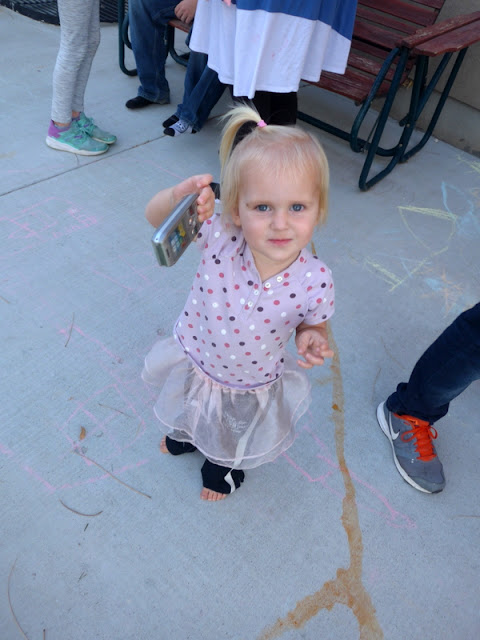 Karen wanted to get a picture of all of them together, which was quite the feat. I had a few battles with my own zesty two-year-old (I got to do her hair and we managed to take off her colourful bandaid, but she kept her tutu, track pants, and toy phone), but there were two other two-year-olds to contend with, along with, well...several other children.

We tried taking some pictures inside, but the ones we took outside turned out much better (we still need to take a look at the ones from the "good" camera, but here are a few from the point'n'shoot): 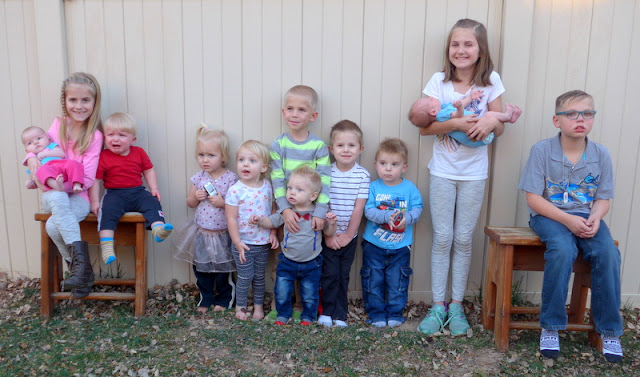 Kayl is looking a little upset because eleven cousins is quite a few cousins and crowds tend to cause him a bit of anxiety. He also has a slight phobia of babies and, well, there were quite a few babies present this weekend. He was a good sport, though, as long as we made sure he didn't ever have to sit next to any baby equipment (he had a bit of a panic attack at the "kid's table" because he was seated next to a booster seat, but when I assured him that the baby that was supposed to be sitting there was napping he relaxed a bit). He was also very good at helping Emily and me distinguish between our babies' cries. Alexander and Arwyn's cries sound rather similar, but if Kayl was around we could count on him to (very quickly) find whichever mother was needed, tap us on the shoulder and ask us to stop the screaming. 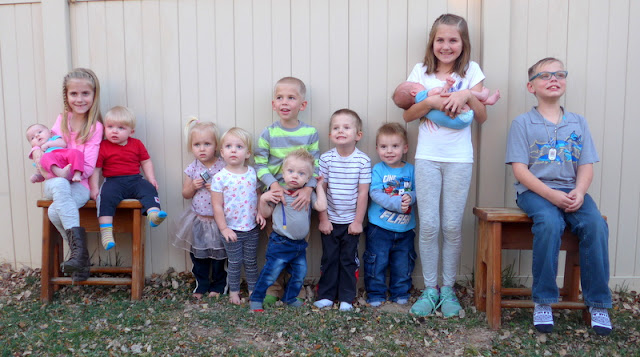 We made the mistake of trying to squish all the kids onto one couch for a picture, which was too much for Kayl. He wasn't sure about trying to take more pictures outside, but giving him some designated personal space helped him agree to another picture.

Holidays can be so hard (fortunately, they are also wonderful), and he was a real trouper!