Speaking of good company and flat-sharing, when we lived in Egypt we heard a young couple was coming out for a program at AUC and they hadn't yet secured a place to live (it is (or at least was) virtually impossible to do so without having a swanky job—you have to (or at least had to) wander around the streets asking random boabs if there were vacancies in their buildings) so we offered to host them in our apartment until they could find a place of their own.

We had some friends in common on Facebook—a friend from high school had married a former student employee of mine (from Special Collections), who'd happened to serve her mission with the wife of this couple—so we figured they couldn't be terrible people.

And they weren't. They were great!


They entertained Rachel and helped with the dishes and stayed up late playing games and talking and were so fun to have around that our friendship, of course, continued long after they "moved out."

One night, I can't quite remember how long we'd known them... I think Jaehee was just over to use the internet, so I'm pretty sure they'd already found their own place. But Aden for some reason was out of town—research or something—and Jaehee was over and we got word that our mutual friend Ryan (the one married to Jaehee's mission companion/my former student employee) had been killed in a car accident.

We cried together and Jaehee mentioned that just thinking of the possibility of never seeing Aden again was breaking her heart (isn't that always what our heart and mind jump to when someone else loses someone—the fear of the knowledge that we will one day lose someone as well). And now that's her reality because Aden recently passed away from a rare brain cancer.

And I really wish that I was there for her so we could cry together again.

I know she's surrounded by family right now, and that's just as it should be, but I'd like to give her a hug, too, because I'm mourning for her right now. Aden, I'm sure, is relieved to be free from his pain and is off having great adventures (though I'm sure he is sad to have left Jaehee behind I'm sure he's planning something great for their reunion). Jaehee, however, is living one of her worst nightmares.

Here are a few pictures from a camping trip we took at Wadi Degla with Aden and Jaehee (and some other dear friends) back in 2010:

Aden's going to be missed by many, many people—including us.

On a happier note, look at my tiny girls! Jaehee loved these babies. She was constantly popping by to get some baby snuggles from Miriam or to chase Rachel around the house. You know, since both our husbands were stuck on campus all day, every day. We hung out a lot. 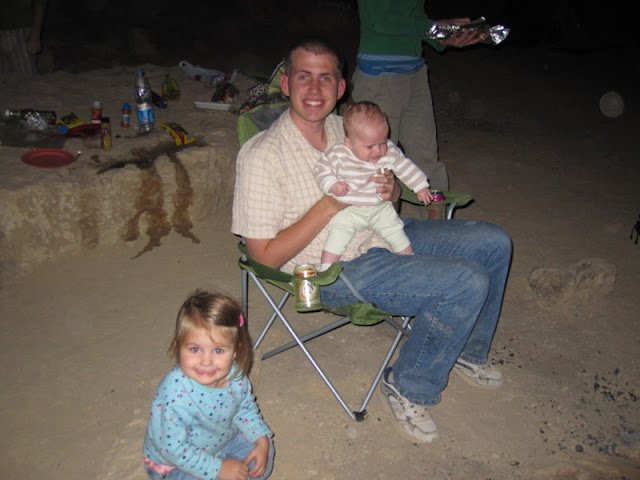 And, while I was fishing out camping pictures from that long ago, I looked up some pictures of Miriam at six weeks (since she was right around 2/3 months when we went camping and Alexander is coming up on that age). Here's a little comparison of the two at six weeks (Miriam is in yellow, Alexander in white/red): 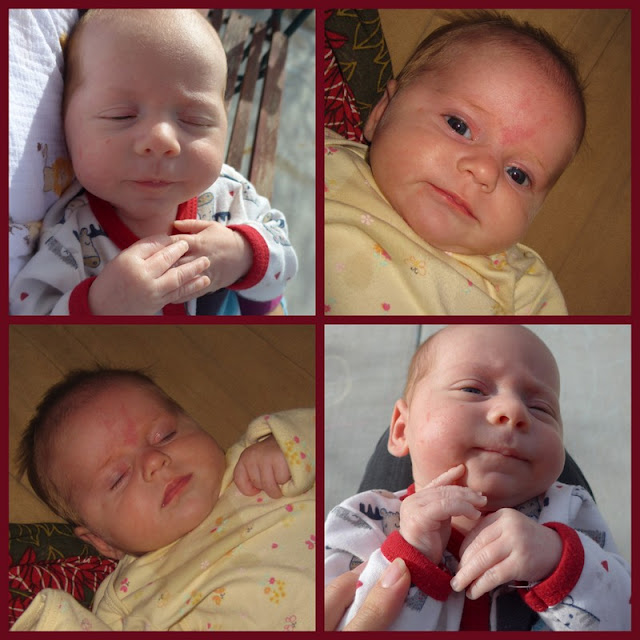 Like Miriam, Alexander has been a pretty sleepy dude. I even caught him trying to find his thumb today (here's hoping he does). I don't think he's quite as chubby as she managed to get by this point in history, however. And, surprisingly, I think she had more hair than he has (at least up top)!
Posted by Nancy at 2:43 AM