I'm going to get to Thanksgiving, I really will, but first I have to write a bit about this evening when we went over to my parents' house with leftover pie because, well, Uncle Patrick got out his baby book so that we could look at some pictures to see whether or not Alexander looks like him because my mom has been saying that he does.

And it's really kind of true; Alexander often has that same quizzical expression on his face (not annoyed, like Zoë's face always seemed...just perplexed (or like he's trying to withhold judgement)):


And they have similar hairlines, too, as you can see from this picture of my fourth birthday (when Patrick was 8 days old): 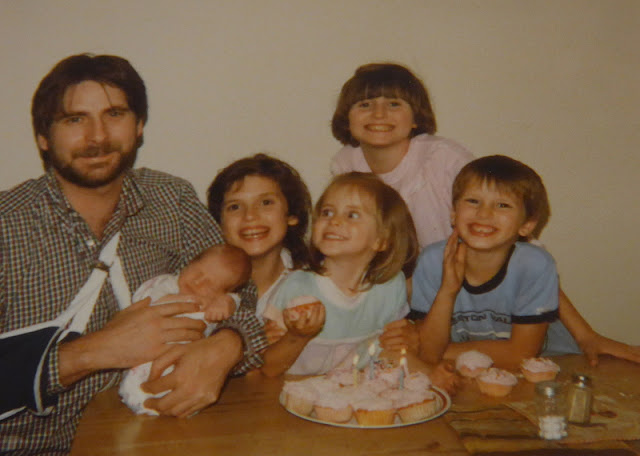 Anyway, he found a little newspaper clipping of him painting a clay sculpture he'd made in a community class and I mentioned that he actually kind of still looks like that, so we—my mom, Rachel, Andrew, and I—decided to make him pose exactly like the picture to see whether he really did. He did his best to placate us. 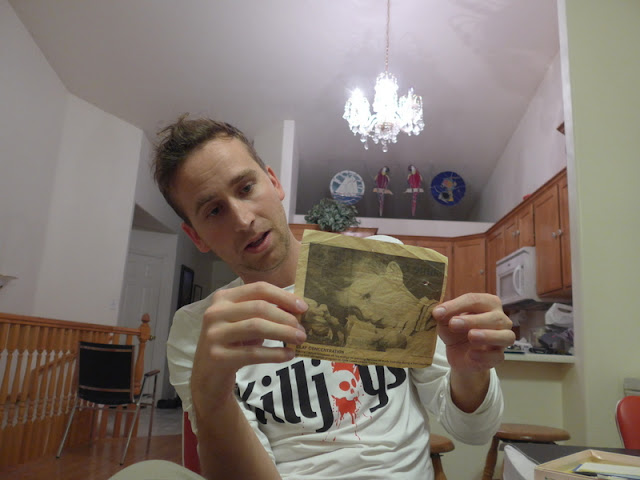 Josie had taken the other kids to basement so they could look at our old toys (they wanted to know why I would even want a troll doll...ummm, because it was 1992 and everyone wanted a troll doll because they were awesome, duh) and souvenirs from world travels (such as, but not restricted to, wooden swords from...somewhere).

Anyway, while we upstairs people were so focused on getting Patrick's face just so, Zoë suddenly burst into the room brandishing that aforementioned sword from somewhere but we didn't even really notice her until...

She screamed, "DIE!" and whacked Patrick in the thigh with the sword. 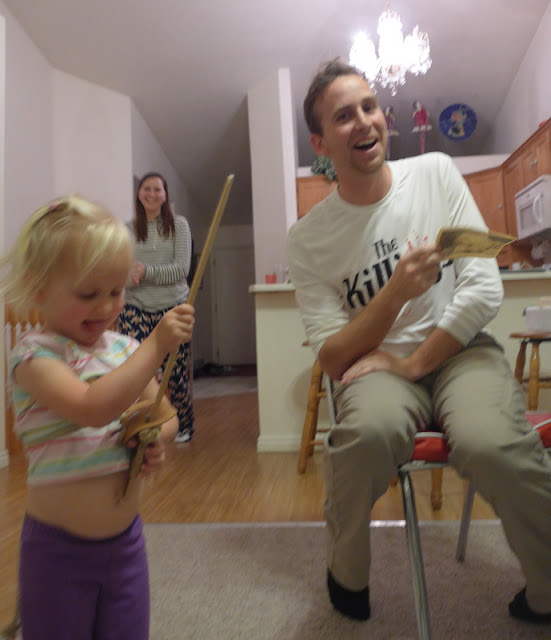 "Aiya! Aiya!" she screamed, whacking him a couple more times. 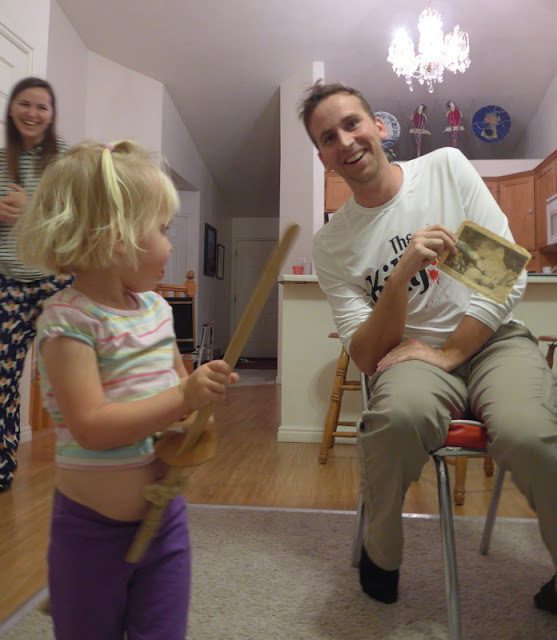 "Oh, no! She got me," Uncle Patrick said, deciding to play along. He fell from his chair onto the floor where he writhed around with some melodramatic death throes. Zoë continued to stab him until we pulled her off of him.

Luckily she's not very strong, so Patrick said she didn't hurt him (but we definitely took the sword away). We all laughed about it for quite some time (which is probably why the pictures are blurry) because it was just so surprising!

We also got a good laugh at the back of Patrick's clipping, which promised "some real news":