I have a confession to make: I can never remember when Labour Day is.

I'm in several homeschool groups on Facebook and someone recently asked if everyone had started school and their family had been the only ones to wait until after Labour Day and I thought to myself, "Oh, yeah! Labour Day! When is that, even?"

Because I just don't know.

It's the first Monday in September. Is that right?

My sister reminded me that 13 years ago, my dad had emergency surgery on Labour Day weekend. Andrew and I went on a picnic up the canyon on Thursday, August 30, 2007. On Friday, August 31, we had Josie over for some tutoring. And then my dad had come to pick her up looking like maybe he was having a heart attack (or, you know, an aortic aneurysm) and ended up having an emergency triple bypass. So we saw him early in the morning of September 1 looking very fragile.

The nurses suggested that we put some things up around his room for him to look at while he recovered, so we put Rachel into a t-shirt my dad had picked up for her in Nevada (why had he been in Nevada?) even though it was far too large. He liked it because it said, "I can't talk yet but, I have an attitude," because babies are sassy long before they can talk.

Here is Rachel (six weeks old), drowning in the t-shirt: 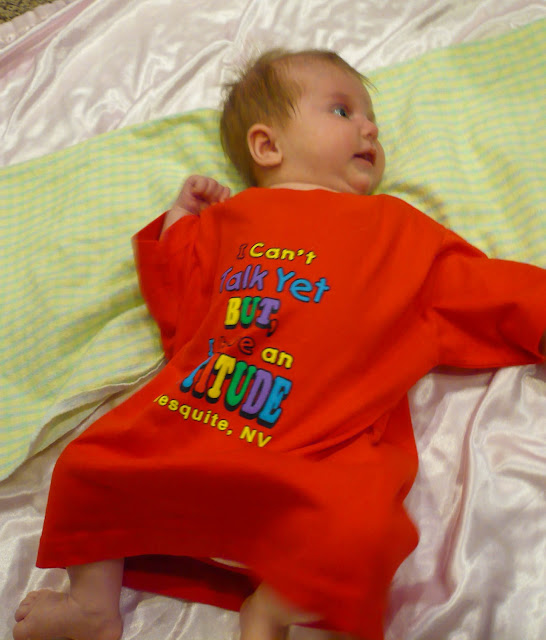 And here's the state of the shirt today, being worn by Alexander (nearly 3 years old) thirteen years since the first time it was first worn: 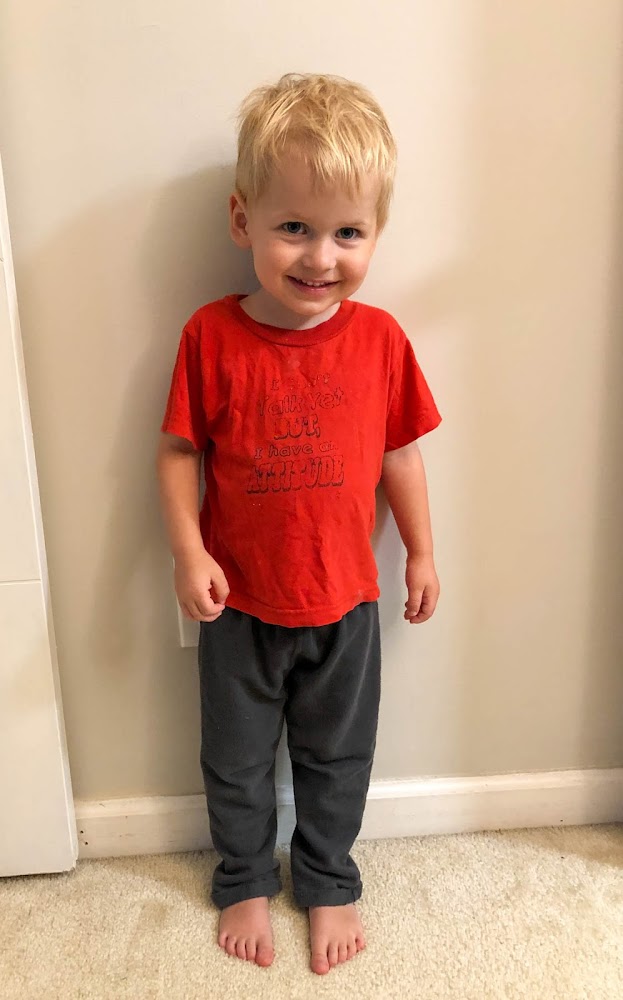 It's been through five kids and hundreds of washes. And my dad's heart has survived 13 additional years and approximately 546,624,000 additional heartbeats. And we're pretty happy about that! 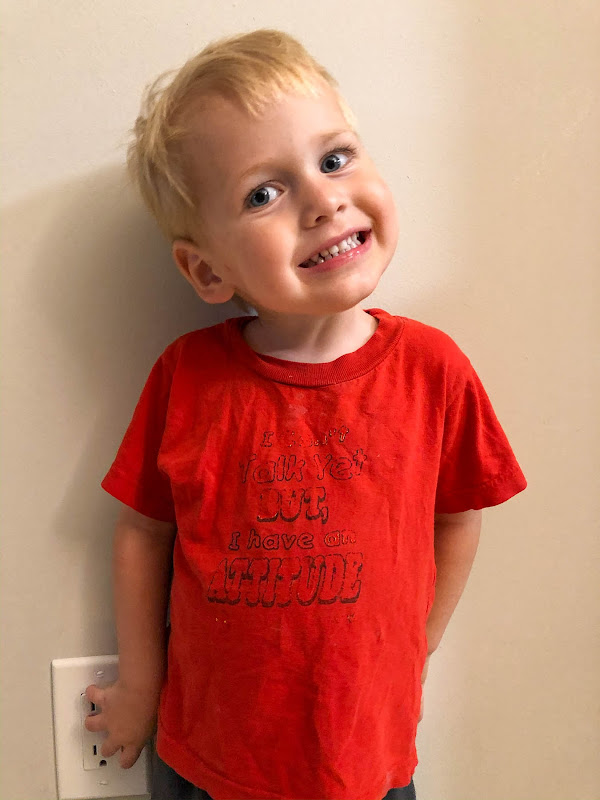