We're reading The Scarlet Pimpernel together, which the children are finding rather amusing (at least those over the age of two). In recent chapters we've come across the word doggerel more than once (chapter XII and XIV, to be precise) as Sir Percy Blakeney (that inane man) enjoys spouting off-the-cuff, bad poetry, like this verse he recites about the Scarlet Pimpernel:

We seek him here, we seek him there,
Those Frenchies seek him everywhere.
Is he in heaven?--Is he in hell?
That demmed, elusive Pimpernel

Unsure of the exact meaning of doggerel, we looked it up (it's just bad poetry, my friends (your dog speaks more eloquently), often seeming to poke fun at something somewhat serious) and then read some famous doggerel-style poems (by McGonnagall and Ogden Nash, who had us in stitches). We also discussed nursery rhymes, as well as Dr. Seuss and Shel Silverstein, both of whom the children considered to be expert doggerel-ists.

And then, because writing poetry is entertaining, we tried our hand at some doggerel, ourselves (which, I mean, honestly, bad poetry is kind of my jam, so it was quite a lot of fun). I don't even know whose poetry to begin with—they're all so bad-good—so I'll just go in age order beginning with Zoë (Alexander didn't really participate on account of...he's two...though he does like thinking up rhymes and making up songs he was more interested in racing the cat around the house).

Oh, COVID 19, I hope you're gone soon.
I wish you would go up to the moon.
I hope you would rot up in a pot!
You're something I hope I never got!

(We assured her it was alright to use "got" here, even though it doesn't really make sense, grammatically. This is doggerel, after all!)

Zinnias bloom in fall and summer
If we didn't have them, that would be a bummer.

COVID, COVID, pudding and pie
We haven't got our vaccine yet
So won't you just stop killing us
O King of the COVIDs all?

The Haninburg Route is a fine one
Because it leads to York and New York.

(I personally think it should lead 'twixt New York and London; it's just a made up road that he's imagining going across the Atlantic Ocean...but London would very nearly rhyme with one, so... We've discussed it and he agrees that might be a good change to make, so...)

Zarahemla was the Nephite capital
Until there were Nephites none.

(I personally feel this needs another stanza to really carry it as a poem, but Benjamin wasn't feeling poetry today and I'm not going to push the issue because he's doing his math just fine...and that's usually our point of contention...so why raise contention about something else?)

Flowers bloom in summer, fall and spring
But bummer nothing grows in winter.

Miriam was feeling poetry today and wrote this lovely little ditty about COVID:

Lisa got herself a runny nose

After going out today
Lisa felt not good today
After awhile while she quested
She got the idea of being tested.

After driving to the station
Lisa thought about transmission.
Did I give it to someone else?
Do I have it? Is it false?

They stuck a tube right up her nose.
"Is my brain sucked out?" she thought. "Who knows?"
So now weeks and weeks of waiting
(And weeks of hating waiting).

So finally they texted her
To tell her what her results were.
They have come back negative.
"Oh! I can breathe now! I can live!"

So now when Lisa goes anywhere
She wishes we had medicare.
She also wears a mask
(Which, by the way, is a simple task).

An orange man sits on his bed
He has no thoughts inside his head
He hears the news that people are dying
"Ho-ho!" he chuckles. "I love lying!"

If we quarantined for six weeks, COVID would go away
But since America is stupid, with our friends we cannot play.

There is also this gem, a concrete poem titled "What has 2020 felt like?": 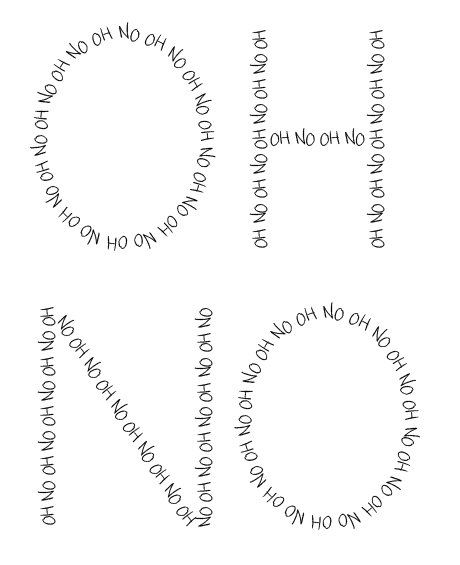 I wrote a little poem about Waffles (who really only scratches people by accident (the couch on the other hand she seems to have a vendetta against or just likes to hear me holler every now and again)):
A timid kitten came to us,
A few months old (minus or plus).
She doesn't much like being pet,
Pillows, treats, or getting wet.
She sleeps in places hard and lumpy
But somehow never wakes up grumpy.
And when the vacuum near her roars
Our kitty just sits there and purrs.
She climbs the windows, claws at my couch,
Stalks the children, and scratches—yeouch!
Yet we admit growing affection
For this darn cat pulled from an engine.
Posted by Nancy at 12:07 PM