On Saturday we had snow. Today we had a high of 21°C (69°F), so we had to spend a few hours at the park this afternoon. We took along a picnic lunch and some bubbles and had a great time.

Here are the kids playing with bubbles: 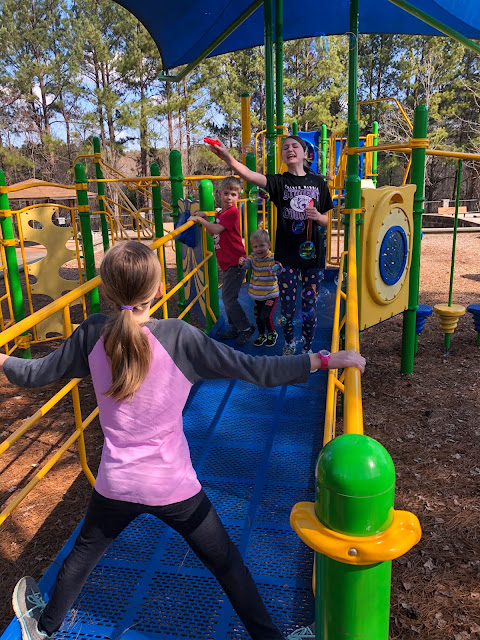 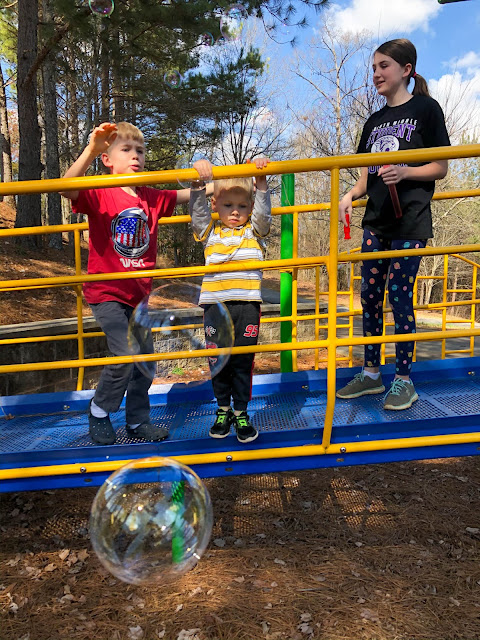 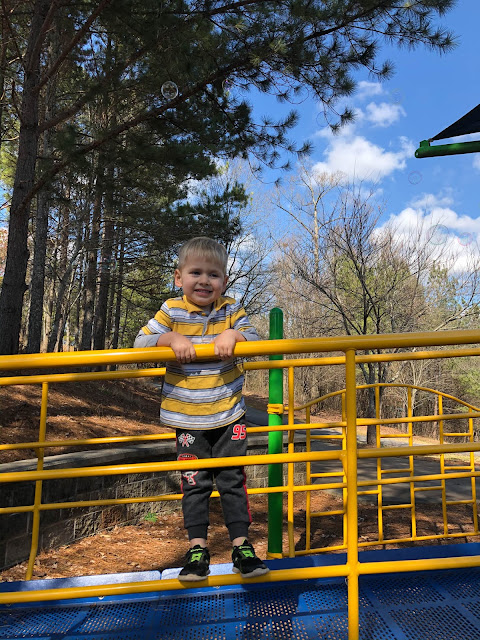 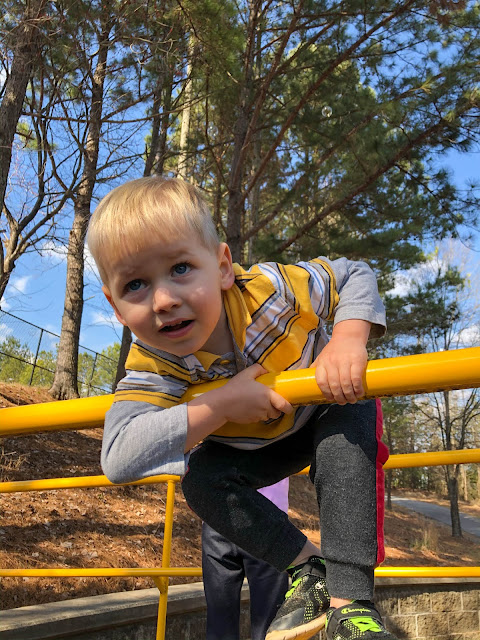 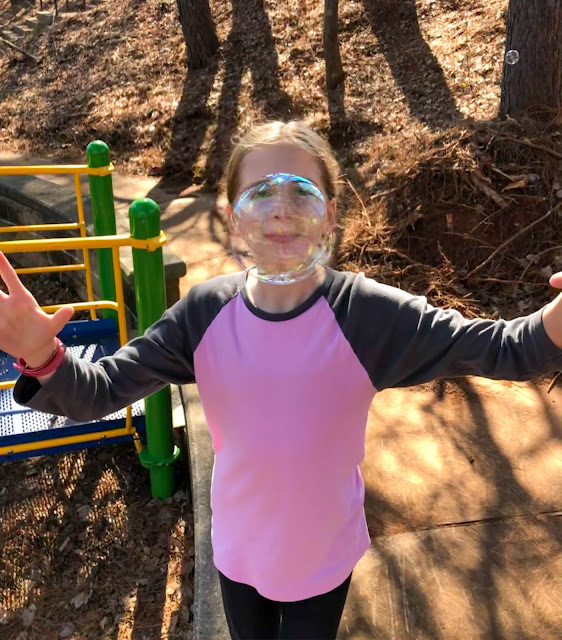 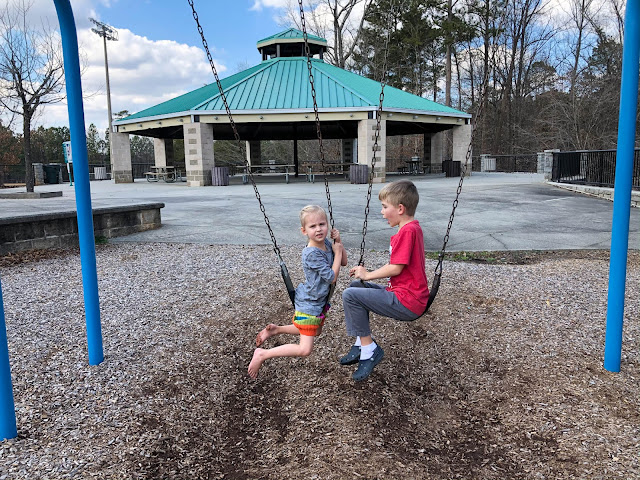 The kids played until they were all red in the face and then we went home to rest for a bit before I told the kids they had to go back outside to play until dinner. Benjamin wasn't thrilled.

"Because it's a beautiful day and we need more outside time."

"But we already had outside time today."

"I know, but it's so beautiful outside today and you're going to go outside some more."

Despite all their protestations, I finally got them herded outside where they played beautifully together. They invented a game where they were all royalty (at the playground they had all been pirates and Alexander kept saying things like, "Hi, matey! Hi, mine other matey!") and didn't want to come in when they were called for dinner (of course).

It's kind of nice to have Alexander at an age where he can actually play with the kids. He's no longer my shadow. He understands how make believe works. It's a rather remarkable change. And as much as I missed having him by my side...I also finished my book.

So I think it's a nice change. 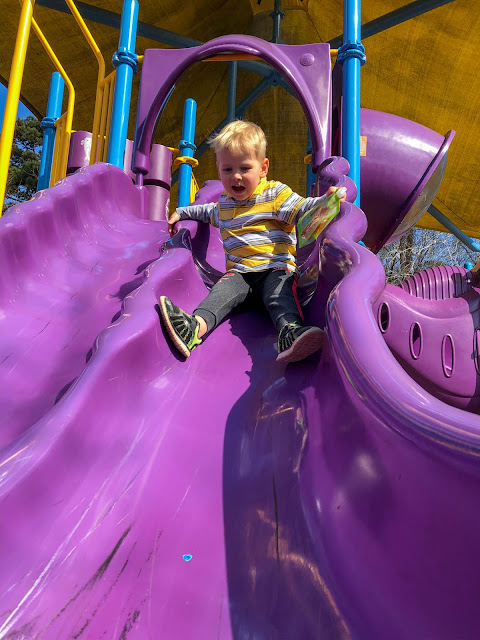