We still go to the park often, though I don't take as many pictures because it's no longer such a novelty. It's still hard to believe that we've already hit our year mark—we've been here for 1 year and 20 days. AND we've done a whole lot of growing.
Rachel's grown, of course, but Miriam has grown.
Here she is at ten months old—the picture is from August of 2010: 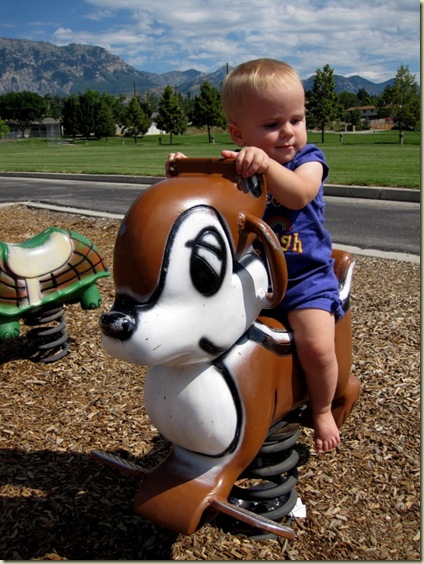 And here she is at twenty months old—the picture is from June 2011: 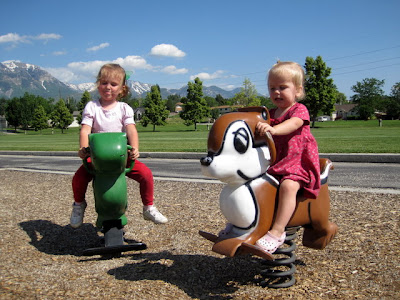 Her feet can now touch the foot rest and she knows how to make the toy rock back and forth and I don't have a panic attack when I put her up there to take her picture. In fact, she can get off by herself so I don't even worry about leaving her up there at all.
She might look just as bald as she did last year but that's only because her hair is in a ponytail! 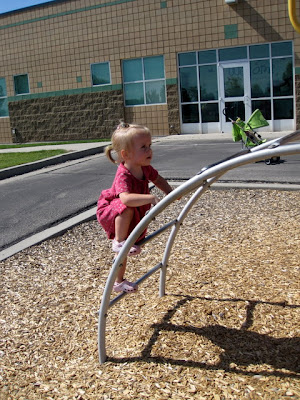 And she can climb up that rainbow ladder thing all by herself. 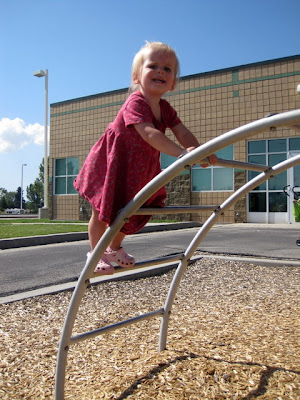 (Are we the only ones who call it a rainbow ladder? Just wondering...)
She can climb the stairs by herself and go down the slide by herself. She's just growing up to be amazing. (Anyone else out there constantly amazed by their kids? Just wondering...)
Of course, there are still a lot of things that she can't do—you know, because she's only one—but that doesn't stop her from trying. 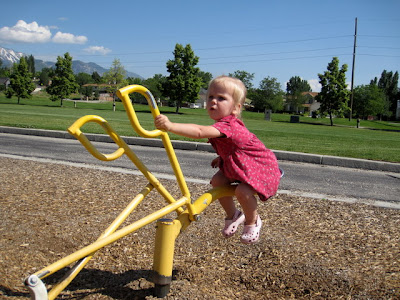 It helps a lot to have the example of Rachel because Miriam wants to do everything that Rachel does. 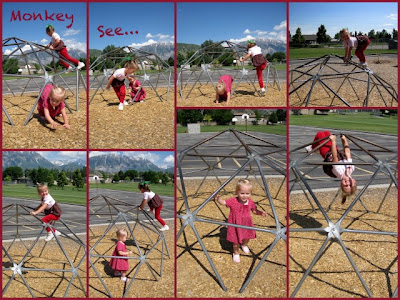 I think that's why she started talking back so young.
I'd give you the rundown on her vocabulary, but I'd have to write a novel. She ran into a speech pathologist while she was out walking with Grandpa and that speech pathologist was very impressed with both the number of words she knows and her ability to string them into sentences. The child talks almost as much as her sister.
So instead of a complete Miriam-lexicon, I'll give you a list of my favourite words.
Posted by Nancy at 10:57 PM