We went to the Riverwoods for their Christmas lights display—it's a an outdoor shopping mall and they do a beautiful display and have a bunch of treats for the community to enjoy, such as live music, a visit with Santa Claus, and (on some days, but not Tuesdays apparently) carriage rides.
The girls thought it was magical and, as far as outdoor winter activities go, the adults didn't mind it much, either. They have electrical heaters and fires set up all over the place. We took a lot of breaks to warm up our fingers and faces. 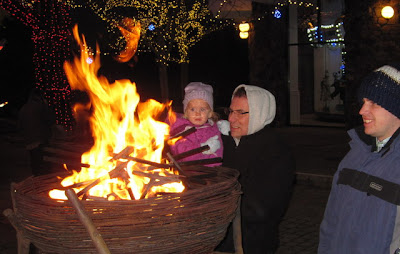 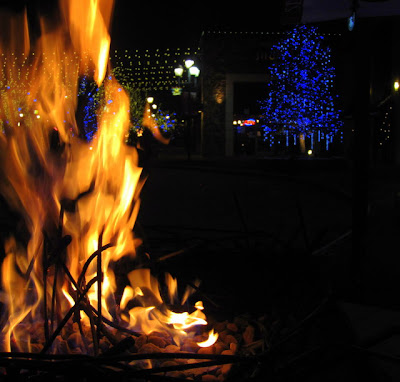 I really wasn't kidding when I said we spent a lot of time warming by the fires. It probably was what we were doing 80% of the time we were outside. It's cold! Yet still no snow to speak of... 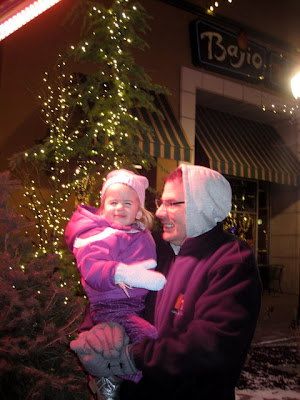 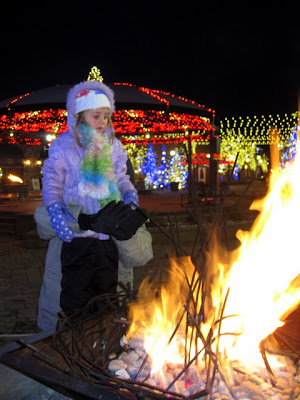 We were a little too early for Santa so we waited around until he came. 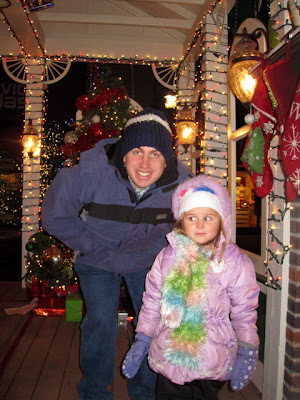 Rachel was running around like a goon. She was so excited. Everyone who saw her smiled at her because her good mood was so contagious. 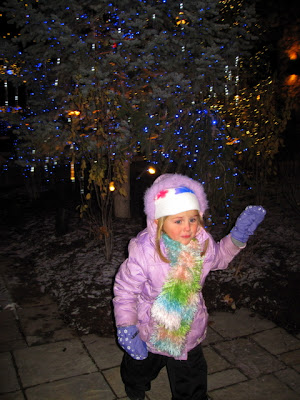 Miriam enjoyed herself as well. 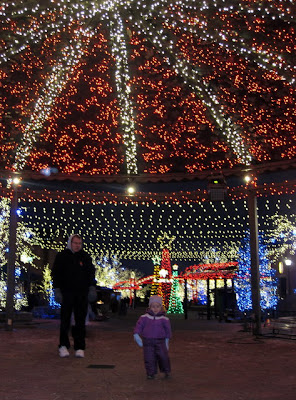 Rachel and Andrew walked way to heck and gone to look at a tree—the best tree of all! It had red and green and orange and blue lights! And then they found me and while Andrew warmed up by a fire Rachel dragged me off so that she could show me the very best tree of all. 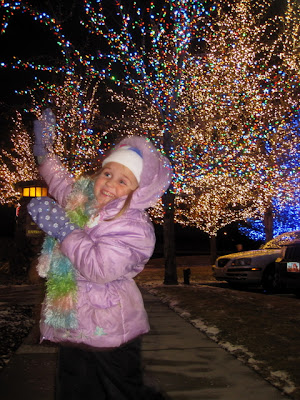 She wanted to do a Hermione pose so I said, "Smile, Hermione!" just as a family walked by.
"Did she just call her daughter Hermione?" they wondered aloud to each other.
Let it be known that we are not actually taking suggestions for baby names but, if the baby is a girl, the name Hermione has already been submitted (Rachel's preference).
So here she is, pretending to hold her wand up in the air. She didn't have a wand with her so she improvised with air. I think it kind of looks like she's giving a thumbs-up to the tree. 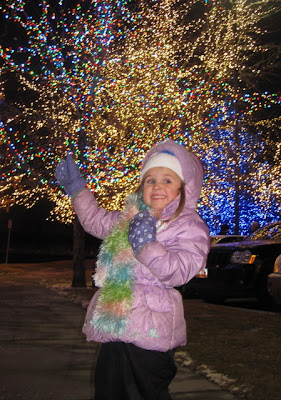 All too soon it was time for Santa. Miriam was all talk and no walk when it came to meeting this guy.
"I loves Santa!" she crooned, "I want to sit on hims lap!"
She and Grandma sang some songs in line—"Oh! You better not shout! You better not cry!"
Miriam knows all the words. 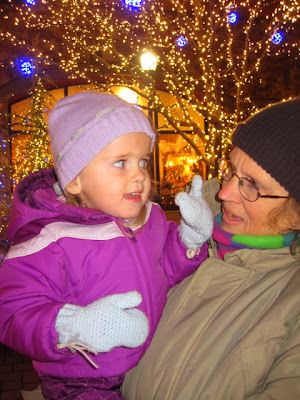 Our turn came much too quickly. Grandma tried to hand Miriam off to Santa but Miriam wasn't too sure of that. 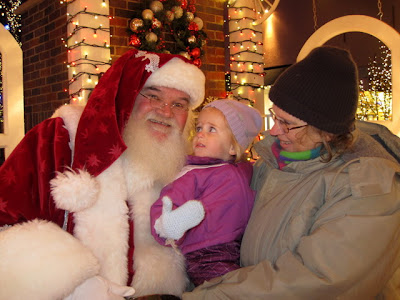 So Rachel and Miriam decided they had better visit Santa at the very same time. 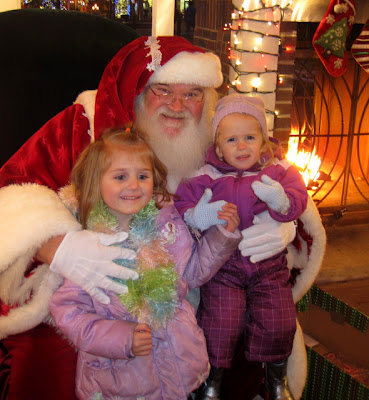 He was a good Santa with real whiskers and everything! 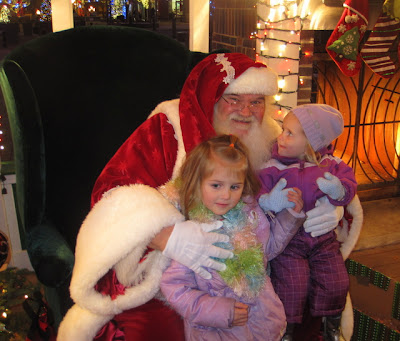 Miriam wouldn't talk to him until Rachel did. Then she wouldn't stop talking. She told him she wanted a Barbie house for Christmas (because Rachel mentioned wanting one weeks ago, not because she actually understands what it is...at least, that's my theory). She told him about "one-an (another) Santa—falled off hims roof!" because she watched The Santa Clause with Grandpa the other night. She told him about "the Grinch man" and a whole bunch of other stuff.
Santa said she was cuter than cute. 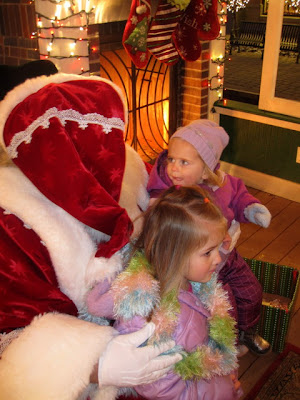