On Saturday we got our first real snowfall of the season, meaning that it fell and it stuck. It rained all morning and half the afternoon and then suddenly the rain turned into huge, fluffy snowflakes. The girls wanted to go outside to play, even though the snow was mostly slush when they went out.
Neither of them were feeling great so they only stayed out for a few minutes but long enough to soak through their winter things—snow doesn't take long to soak through when it's already halfway melted. 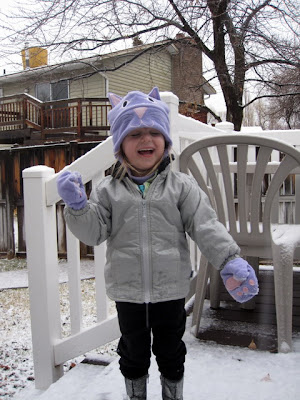 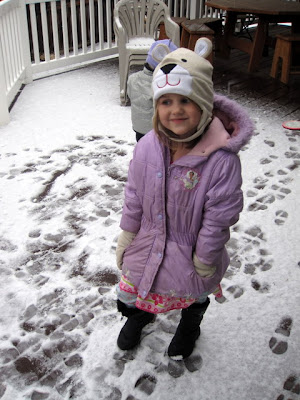 Saturday evening brought a last-minute run to the InstaCare for Rachel, who started to complain about not being able to swallow. I looked in her throat and it looked pretty...nasty...so we began to wonder if it was strep or tonsillitis or something. Turns out it was neither but we got a prescription from the doctor, anyway, since he was worried about her having a fever after being sick for so long (she's been sick for like a week and a half). It was a good thing because that night she spiked a fever and was completely lethargic and too weak even to walk.

We found a substitute for Sunbeams and I planned on just staying home with the girls—Miriam's out with a sniffle, cough, and fever, too. Rachel's fever had broken by Sunday morning and she was feeling much better but we decided what we all needed was a real day of rest, anyway.

Andrew still had to go to church because he's the organist and no one else will play and while he was getting ready to go in the morning he said something about needing to hurry.

"No!" Miriam shrieked. "Not are we going to church today! Are we staying home and watching church movies!"

She was a little bit excited at the prospect of watching movies all day while snuggled under blankets. We watched Legacy. And then I let them watch Angelina Ballerina for a little while, even though it's not a church movie, because Miriam is obsessed with ballerinas lately. She's been wearing a tutu for three days.

Daddy came home from church and helped with lunch and nap time. Surprisingly, I was the only one who napped. Miriam was supposed to—and we thought she would because she's sick—but she didn't. Rachel never does but she had quiet time. 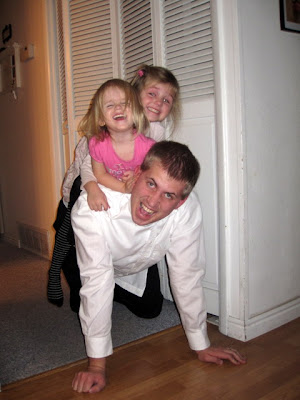 We're still a little sick today but at least we're functional. I think Rachel will be well enough to go to school tomorrow and Miriam certainly had more energy today than she did yesterday so hopefully she'll be feeling better by tomorrow, too. 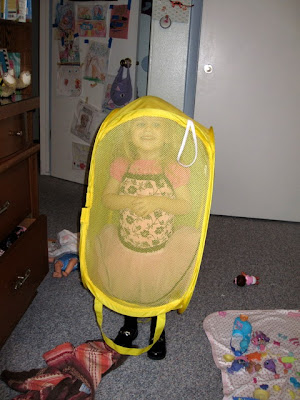 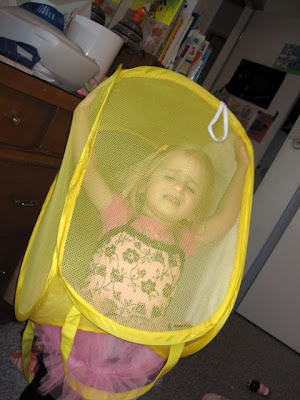