These pictures are actually from last Wednesday (March 28) when we went to the school to try riding our bikes in the parking lot. We live on a hill and that isn't a very good place for a four-year-old to ride a bike. I had initially told Rachel that she would be in charge of pushing her bike because I had Miriam and Miriam wanted to bring her bike but wouldn't be able to push it the whole way.

Turns out Rachel wasn't able to push her bike the whole way, either, though she did give it her best shot, so I ended up carrying two bikes to the school which left only my foot to prod Miriam along. Rachel's good about staying by my side (across busy roads and things) but Miriam's a bit of a wanderer.

We won't be repeating that any time soon (considering I'm growing more pregnant every day) especially because we got to the school and Rachel rode her bike across the parking lot once. And then decided that she needed to run for a while. 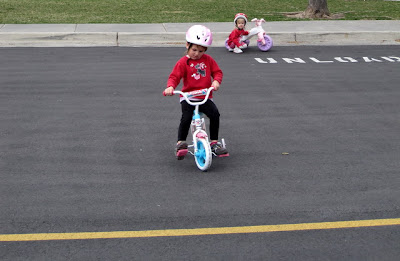 I don't have anything against running. In fact, I kind of like it. But I had just carried those stinking bikes all the way to the school and was faced with having to carry them all the way home—the least the kids could've done was ride them for a while, don't you think? But they didn't. Instead we just ran around and rolled down the hill and balanced on walls and things like that, which was fine. 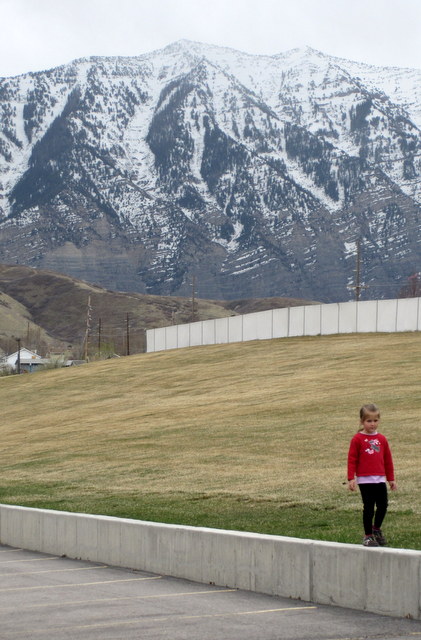 We'll wait for Daddy to have more time before we go practicing riding our bikes anywhere, I think. 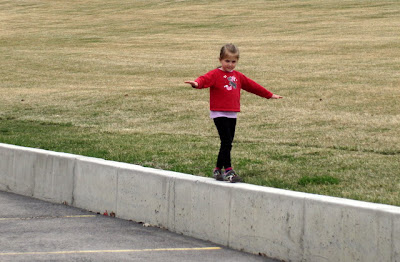 Oh, and the girls are both in red sweaters because they were pretending they were The Incredibles. The sweaters are from Olivia and Sabrina and they gave them to us when we first moved here so they're both size 3T (one has penguins on the front and the other a scottie dog). They're a little too small for Rachel and a little too big for Miriam but they decided that since they could both get them on that they fit.
Posted by Nancy at 11:44 PM