Leli really outdid herself with this party. It was awesome! Leli is Tongan so she threw a luau for the closing social and she pulled all the strings she could. Her dad is Mr. Fotu (who teaches at the local junior high school; it kind of weirded Andrew out to see him at the party) and he's best friends with this guy whose wife runs a dance school. We had our own private show after a wonderful Polynesian dinner catered by Ken (another Polynesian in the program) and his family.

The party-crew had spent all day decorating the cultural hall with palm trees and sand and shells. It was like walking into a beach. 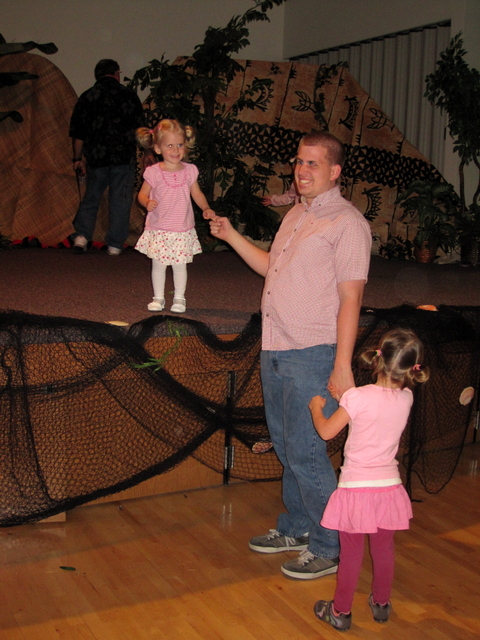 The food was fantastic and the girls loved the show. When they weren't sitting mesmerized they were up dancing along with the performers. I have a couple of videos that I'll post (as soon as they upload). 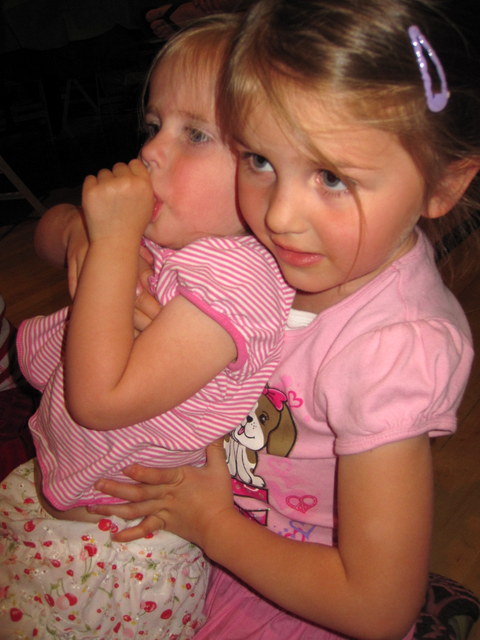 There was quite a bit of empty space left between the stage and the dinner tables so that's where a bunch of the little ones were running around and dancing during the show. I thought it was thoughtful of them to leave such wonderful open space for that purpose, even if it wasn't the intended purpose. 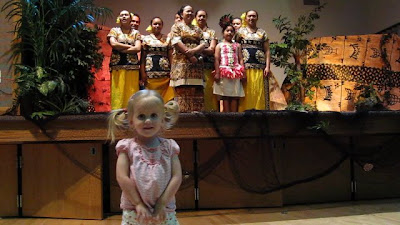 After the show we took a few group photos and then cleared the floor to do some dancing of our own.
Here's Andrew (front row, red shirt, kind of in the middle) and the rest of his graduating class: 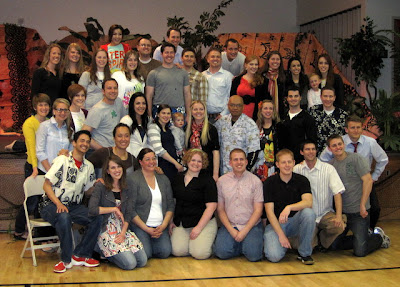 And here's everybody—the staff (that were present) and the 1st and 2nd years:

We sure are going to miss these people! It's kind of weird because I don't even know them that well but I was feeling all emotional leaving them all behind.
The girls dressed up in some hula garb to take some pictures of their own. I wrapped the grass skirt around Miriam twice. It didn't quite fit around Rachel so she opted to wear a pretty lei instead. 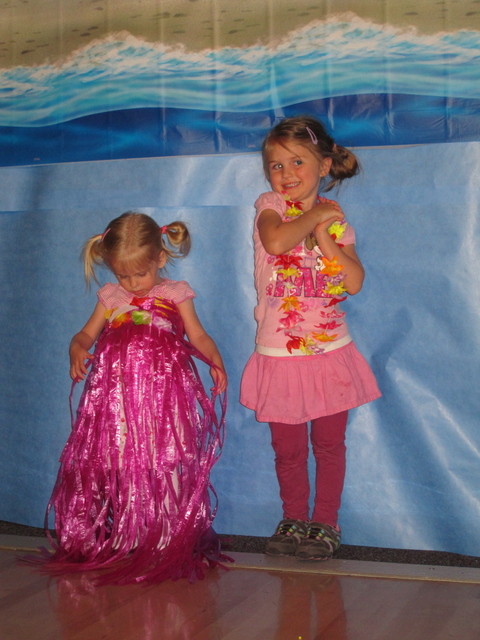 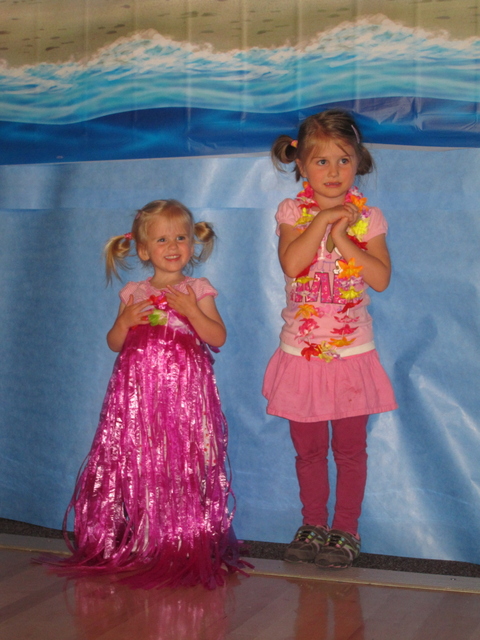 The girls had fun dancing—I showed them the one break dancing move I can do (a windmill of sorts)—and then they tried it out. Rachel somehow progressed to doing stalls—she was flipping up into crazy handstands and holding them for a second before popping out.
I tried to get a picture of Rachel doing one but all I managed to get was a before and after shot. She was doing so awesome that she had a little bit of an audience—Andrew's friend's 11-year-old son was standing there watching her (in the orange shirt and blue vest).
Before: 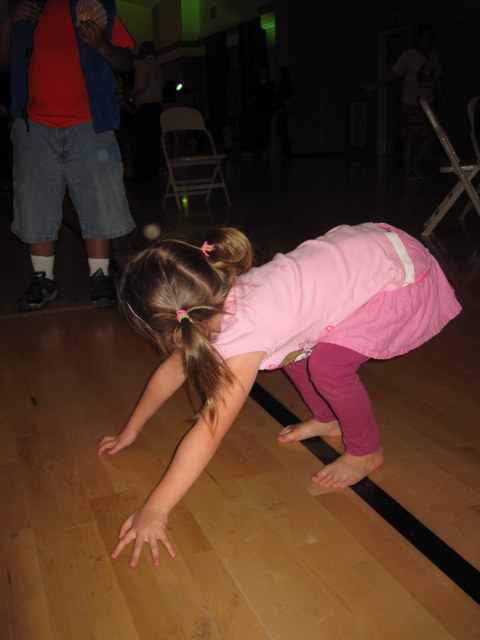 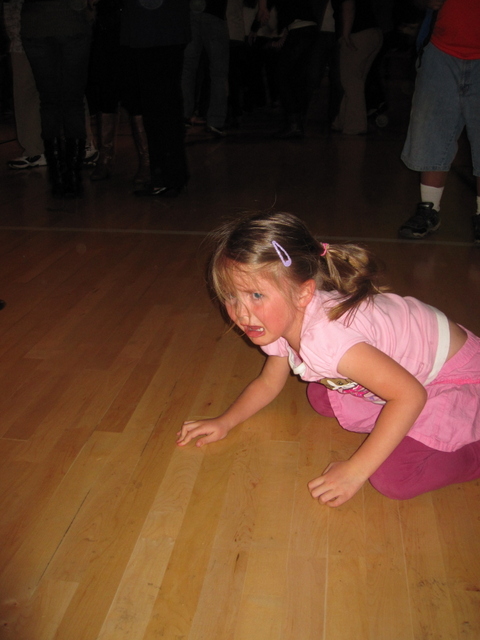 She face-planted.
That ended our dancing scene then and there.
Leli gave Rachel and Miriam each a shell to take home. They coloured on them to make them, in Miriam's words, "rainbow-ly." Rachel had to make her shell a bed before she'd go to bed but other than that there were no last minute bedtime requests. Hopefully the girls will sleep in tomorrow because—this just in—Karen and Reid are going out later in the day, anyway, so they offered to take the three of us down to Provo then so that we don't have to get up and go with Andrew (which would have been fine except that the girls stayed out partying so late).
Posted by Nancy at 2:08 AM