The kids were just choosing their costumes to act out the nativity when Brother Brown came by with his gifts. I didn't catch Miriam in her original Mary costume...she ended up being an overly-dressed-for-the-occasion Mary, sporting an elegant gold ball gown and crown rather than a simple frock and headscarf.

Benjamin was a wise man. He wore his galabeya, a gold cape, and a pig hat (his choice). 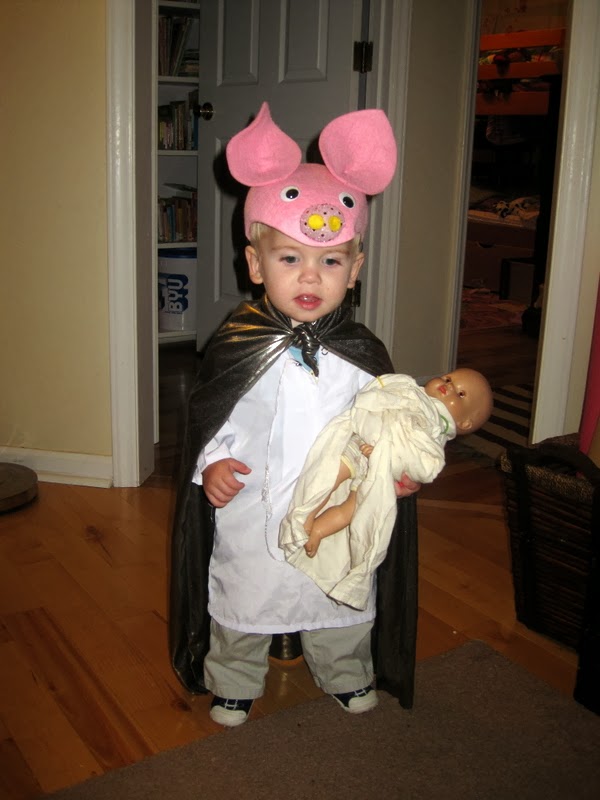 Rachel wanted desperately to be the narrator this year. She read the entire Christmas story for us. She also played the part of shepherd and wise man. 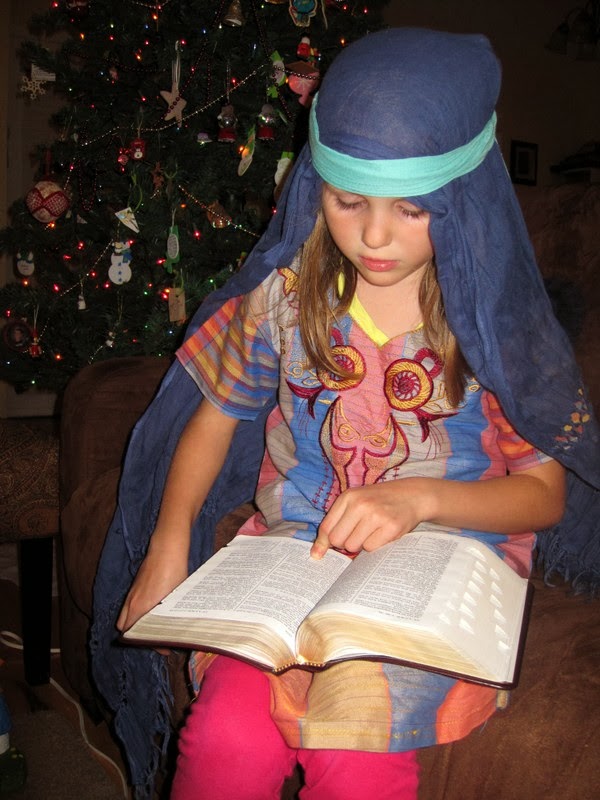 Miriam only wanted to be Mary. She was originally dressed similarly to Rachel but ended up in Brother Brown's present instead. Baby Jesus was played by Baby Norah. 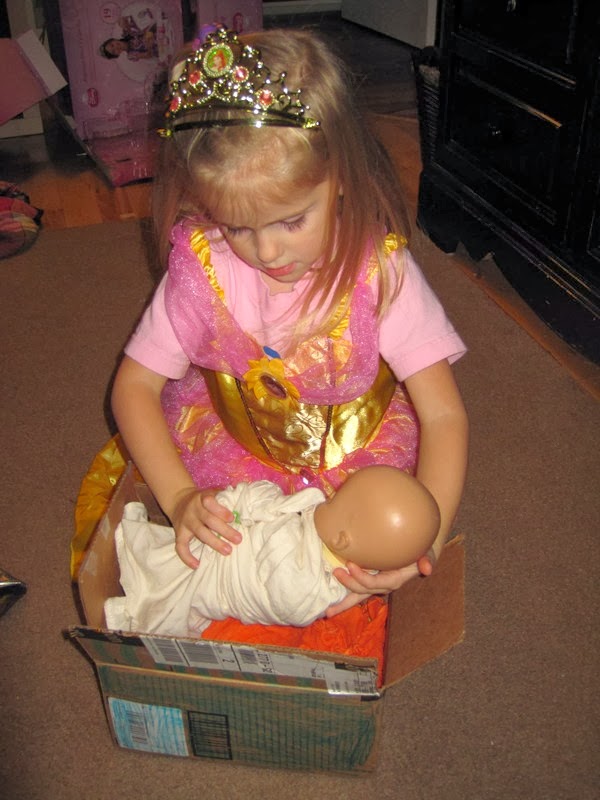 Here's our little wise man getting distracted by his new toys consulting with King Herod: 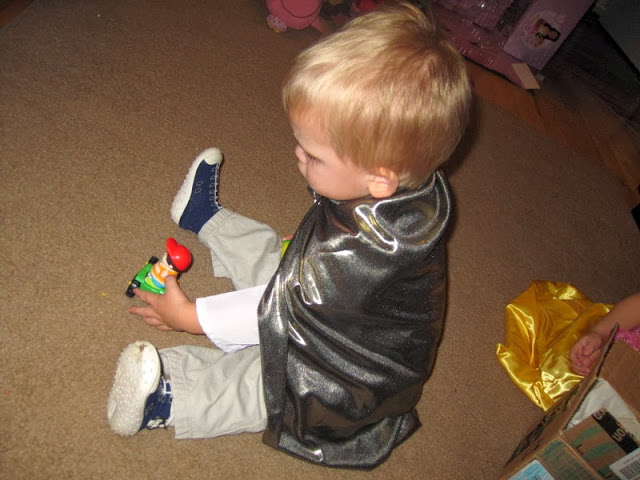 Here is Mary laying her precious newborn king into his manger: 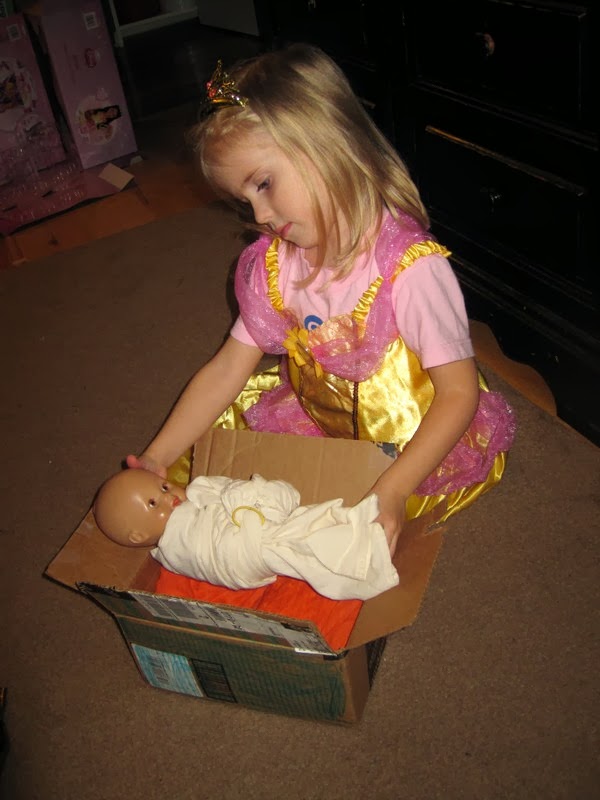 Here are our wise men getting ready to visit the baby Jesus: 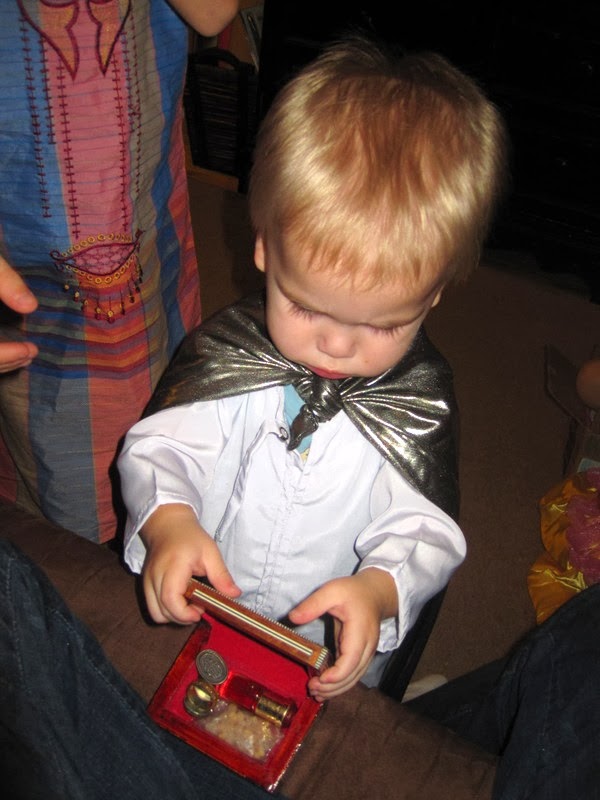 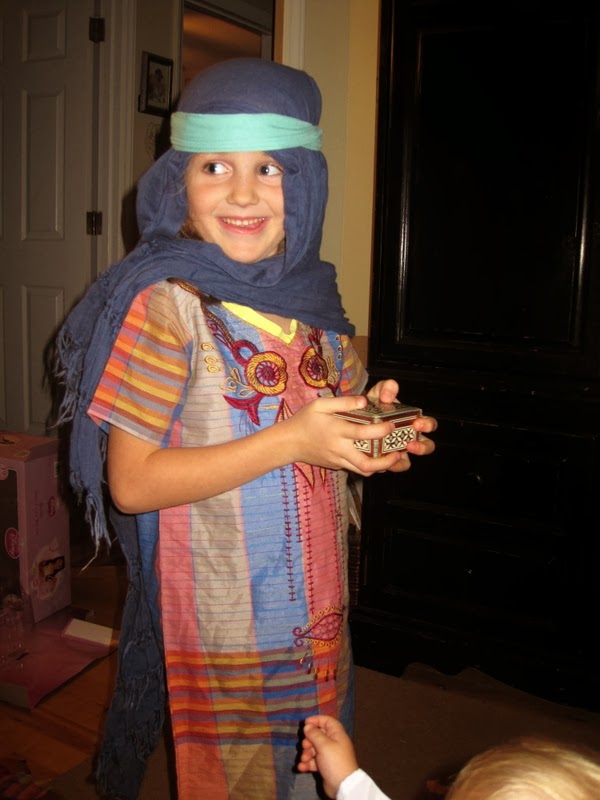 I guess Andrew took a turn narrating this part. King Benjamin was coveting that box of frankincense, gold, and myrrh pretty hard. 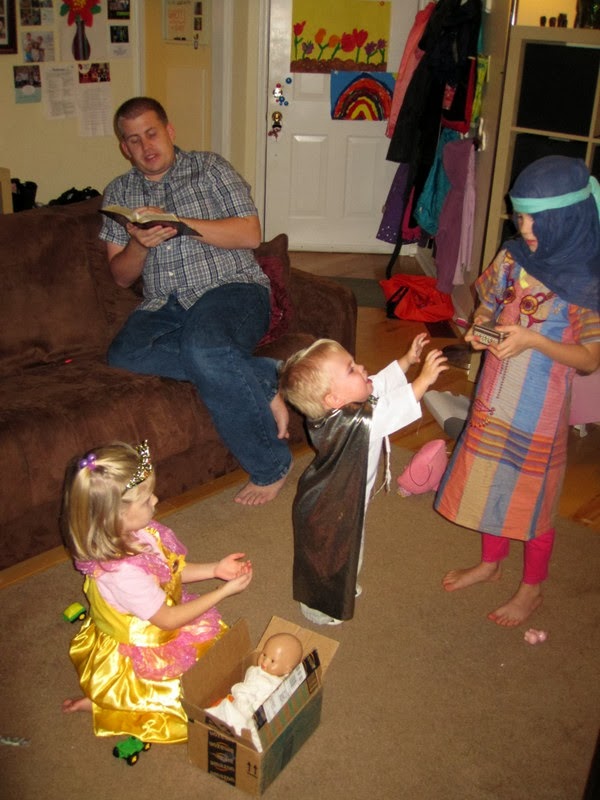 And here we are together (except for Daddy because he's taking the picture) around the Christmas tree. 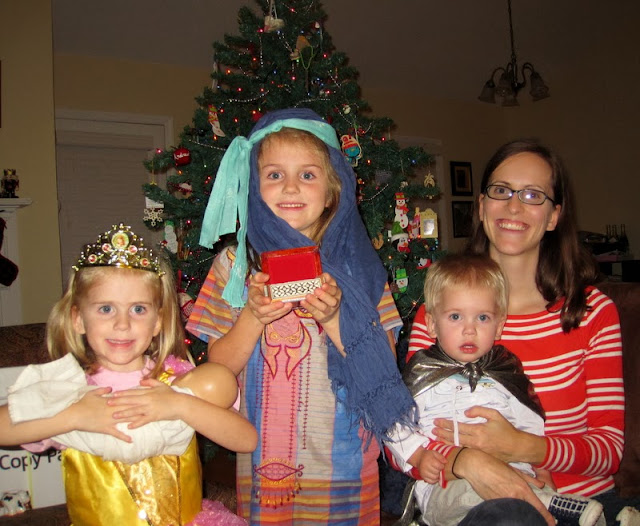 I would have liked a family photo but some of us (ie. Benjamin) weren't in a taking-picture mood and needed to be put to bed. All in all it was a successful Christmas Eve.
Posted by Nancy at 11:36 PM