Our first song was Away in a Manger (the arrangement from the Primary Children's Songbook). For this one we had the littlest kids (including Rachel and Miriam (who are on the front row, farthest left and farthest right)) focus on playing the C chord rather than switching to G7. There were so many changes in the song that it was just too frustrating for them. Rachel's been practicing and she's getting better.


Our second song was Jingle Bells, which I think the kids enjoyed playing more. It's a fun song. We had our littlest ones ring jingle bells during the song rather than play their ukuleles. It added a nice touch.


I'm on the back row on the left. My friend Laura is beside me. Our two little toddlers were at either side of the stage making a fuss. Laura's little girl can actually climb on the stage so she was quite distracting, sneaking past me to get to her mom, and mucking with her mom's skirt. Benjamin couldn't quite climb on the stage. He tried one side, then he tried the other side, then he went back and tried again on the other side. If you want the bottom right of the screen you can sometimes see his little hand grabbing at the chair legs, or see him throw his little white-shoed foot over the edge of the stage. He was getting pretty frustrated.

I think that's why Laura and I stood up first. We were feeling like we had to rescue those babies! 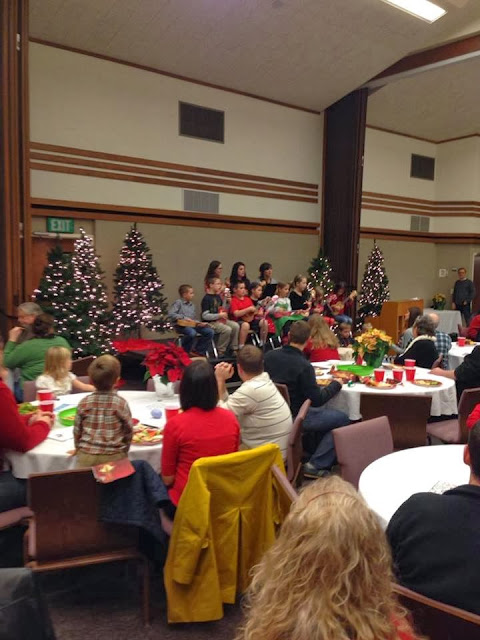 The rest of the program was wonderful. We know some very talented people!

We also had a little craft set up in the Relief Society room for the primary children to escape to when they were feeling restless. It got to be a little crazy in there with all the glue and markers and stamp pads with so few adult supervisors but the kids had fun going wild and for the most part they all followed the directions and came away with beautiful nativities. 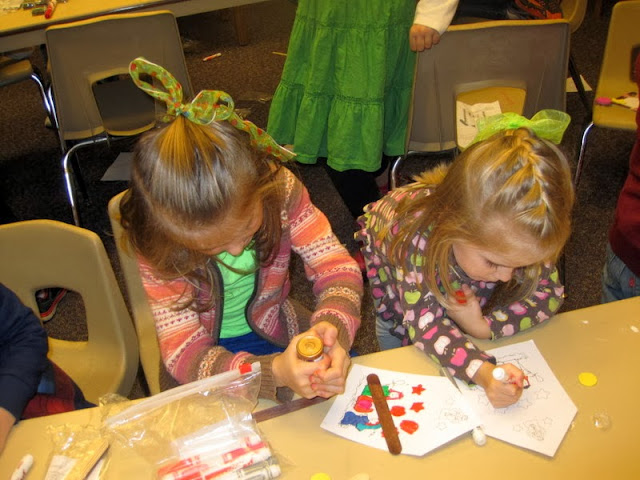 And here's my friend Laura's little girl, who really enjoyed getting into the ink pads! 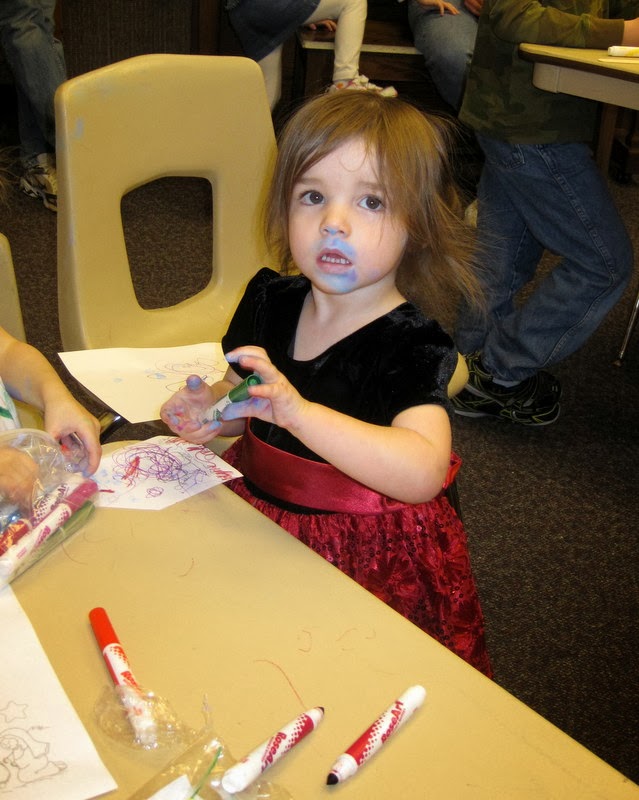