We went to the museum (of life and science—what else?) yesterday afternoon. We spent most of our time outside (after walking through the Sprockets, Pulleys, Springs exhibit inside). It's too nice outside not to be there (except that some of us are battling colds—so we're indoors resting (unfortunately)).

Here's Benjamin enjoying the chimes outside: 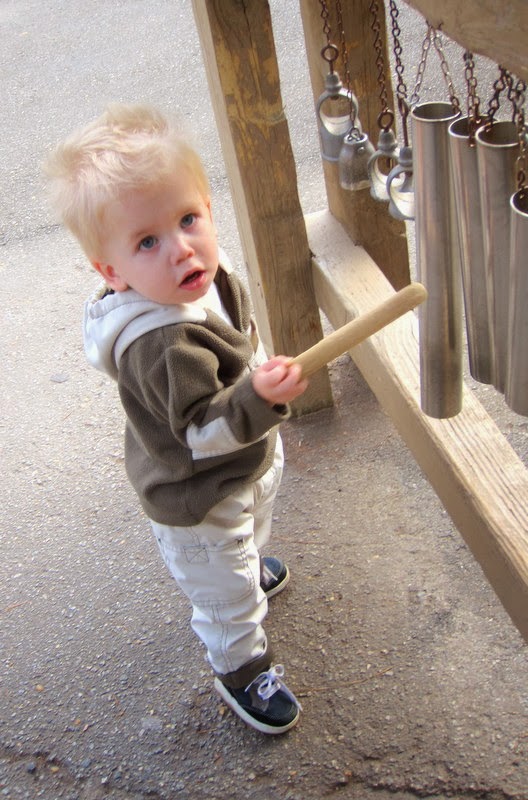 Andrew and I sitting on a park bench watching the kids play: It's a pretty fun playground: 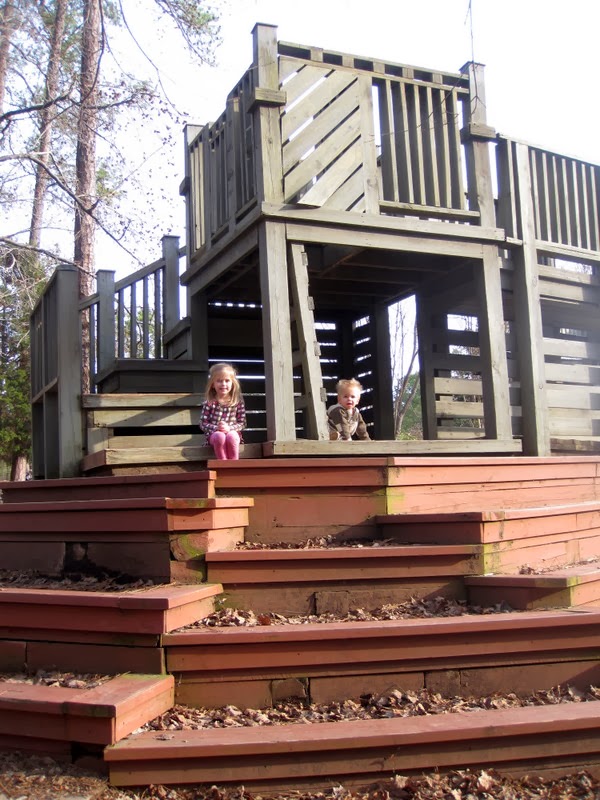 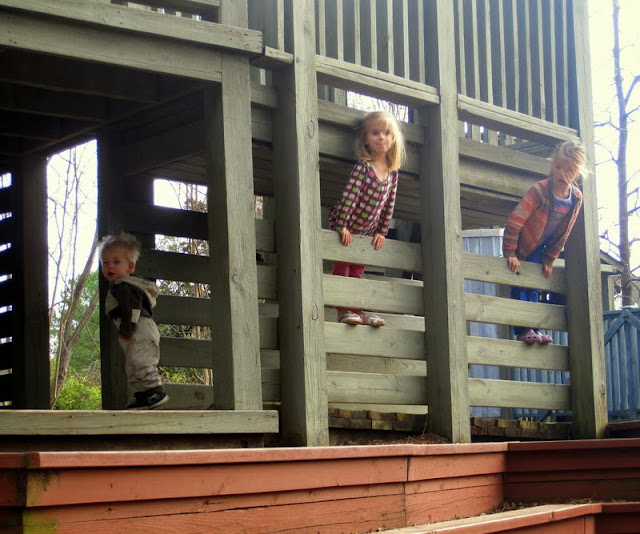 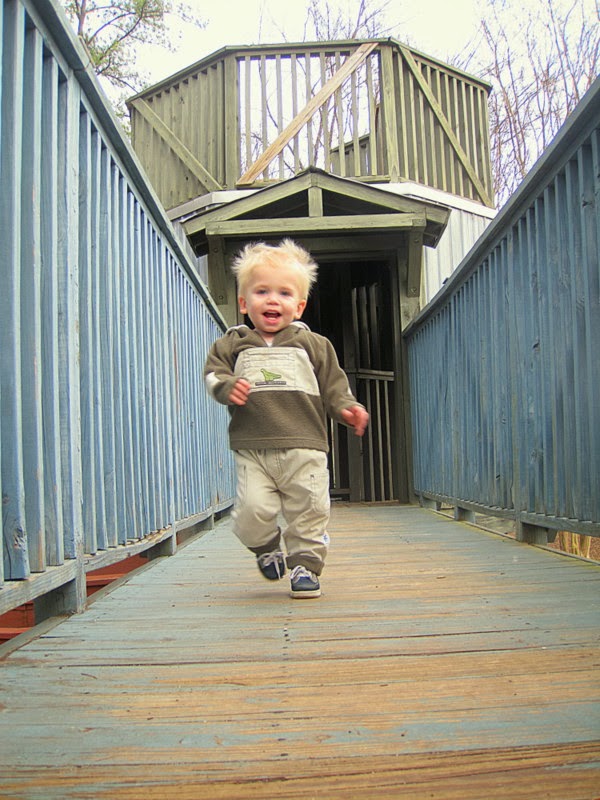 It's not terribly baby friendly, though, and our baby knows what comes after the playground—the farm! Benjamin loves the farm. I still find myself wishing he'd find his voice. All he'll do is moo at all the animals (or laugh maniacally), which is fine, I suppose. Goat and alpaca noises aren't terribly easy to mimic. And he'll sometimes snort at the pigs, too, or sniff at the bunnies. I just wish he'd throw in some words, too. 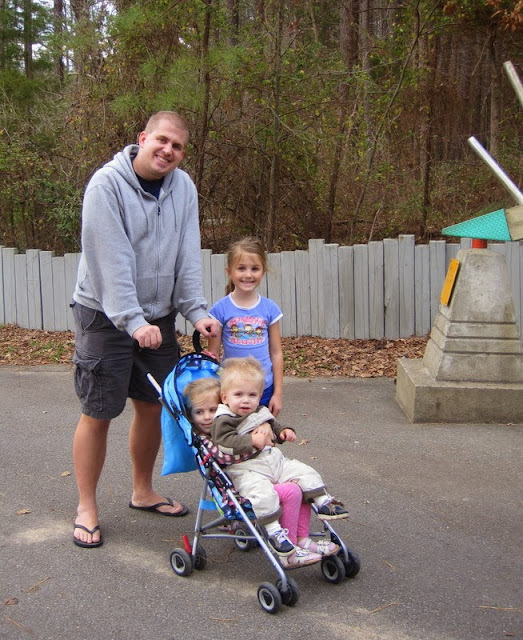 We were pretty surprised at the pig pen when Miriam started telling us all about Miss Piggy.

"The pig outside the house is Miss Piggy," she told us. "She's a girl and she has black spots. That's how I know it's Miss Piggy."

She pointed to the sign and read, "Miss Piggy has black spots on her."


"Keep reading," Andrew urged. "The sentence isn't quite over."

"Miss Piggy has black spots on her sides. She is a-ver-ag-gay siz-ay and..." 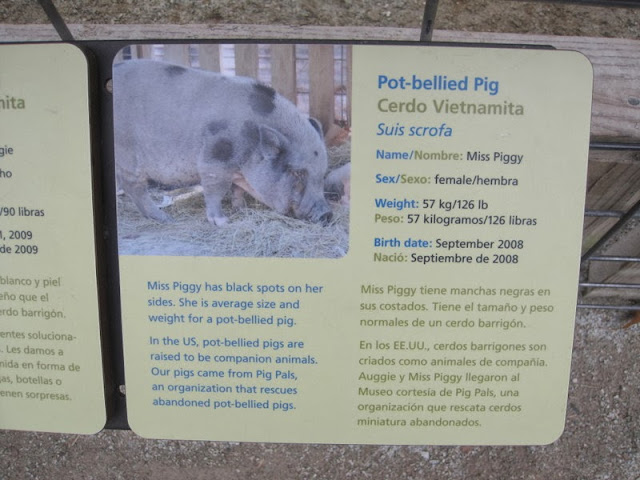 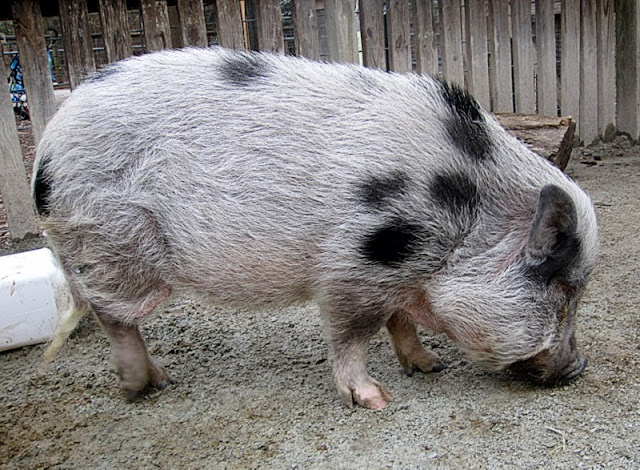 We went to the butterfly house, where Rachel and Benjamin acted as our resident lepidopterists. They wandered around with the guides identifying butterflies. 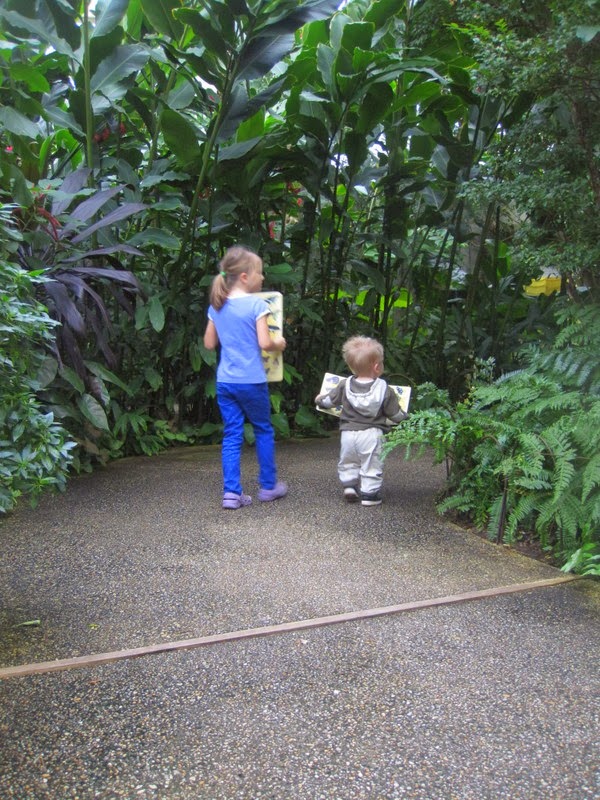 On our way to visit the dinosaurs we found some cut-out boards: 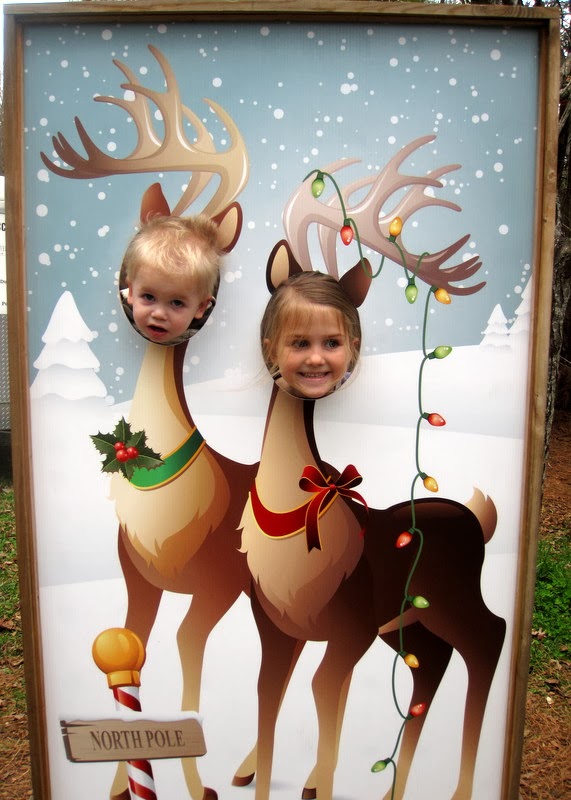 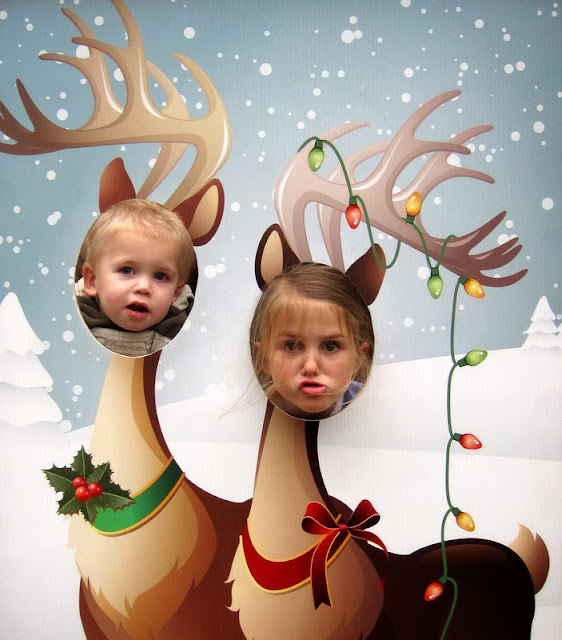 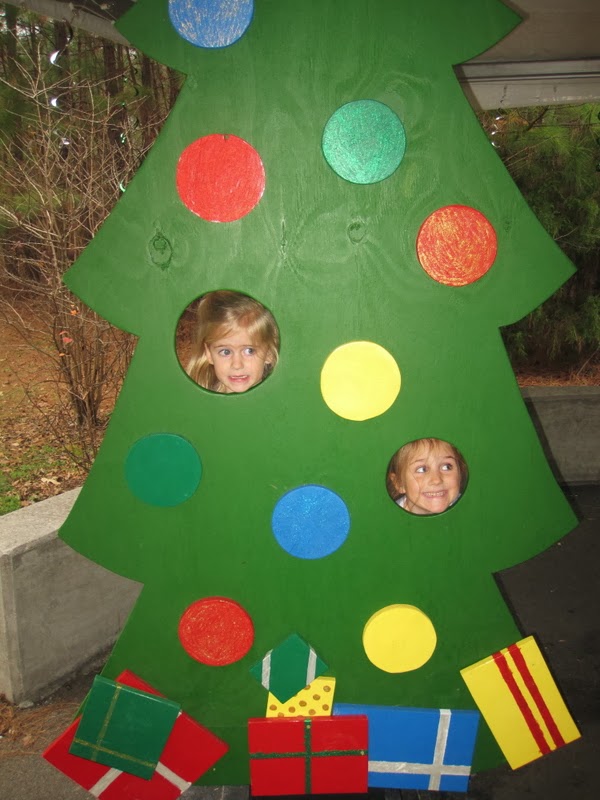 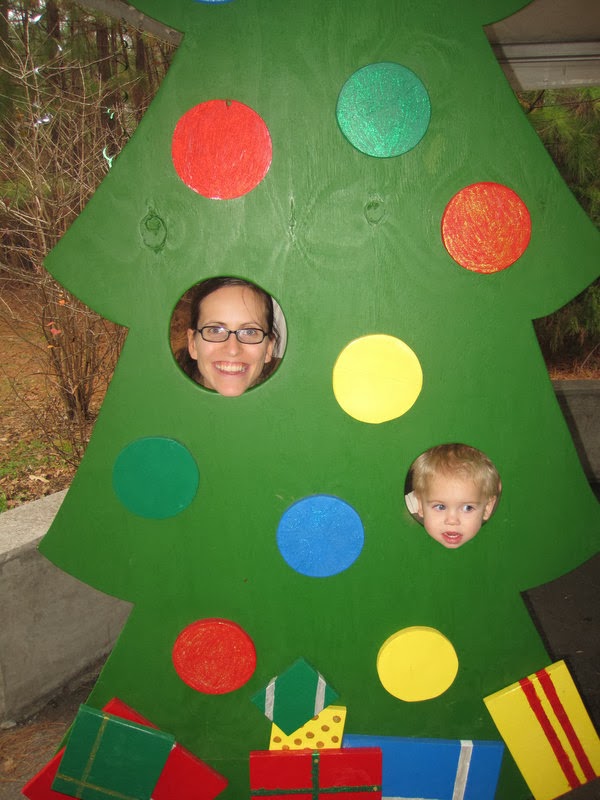 We had fun on the dinosaur trail and spent an inordinate amount of time climbing on the parasaurolophus, naturally. 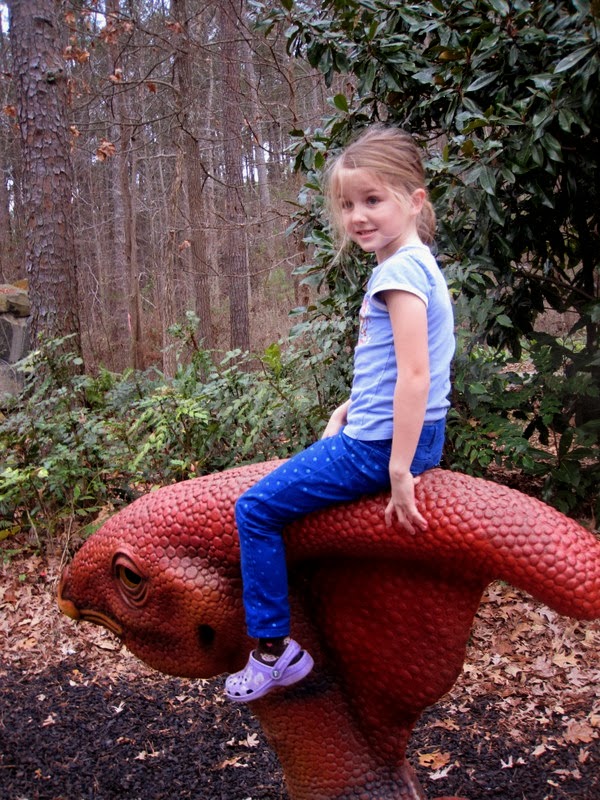 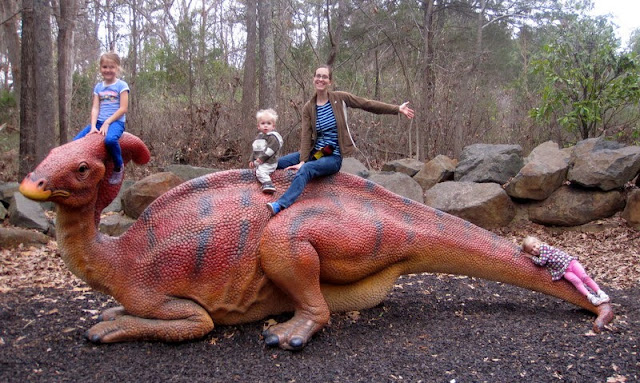 Miriam was a little nervous about being on its head... 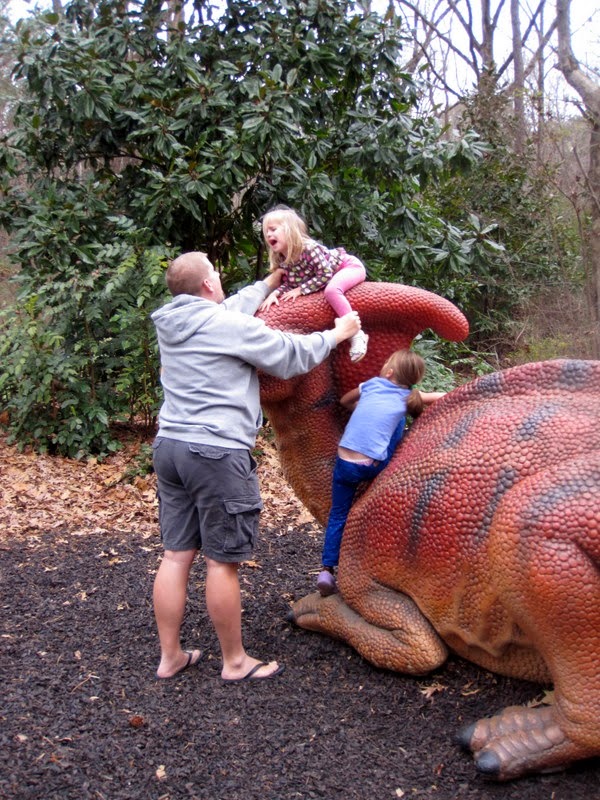 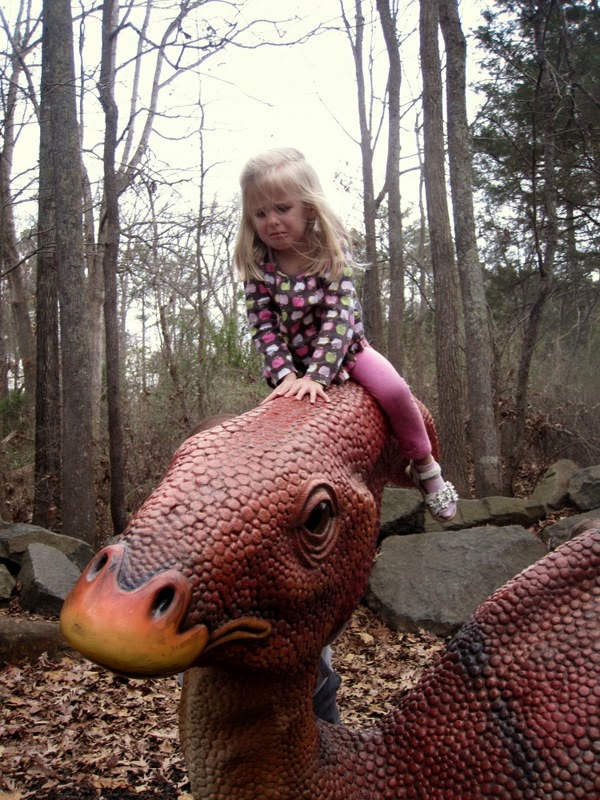 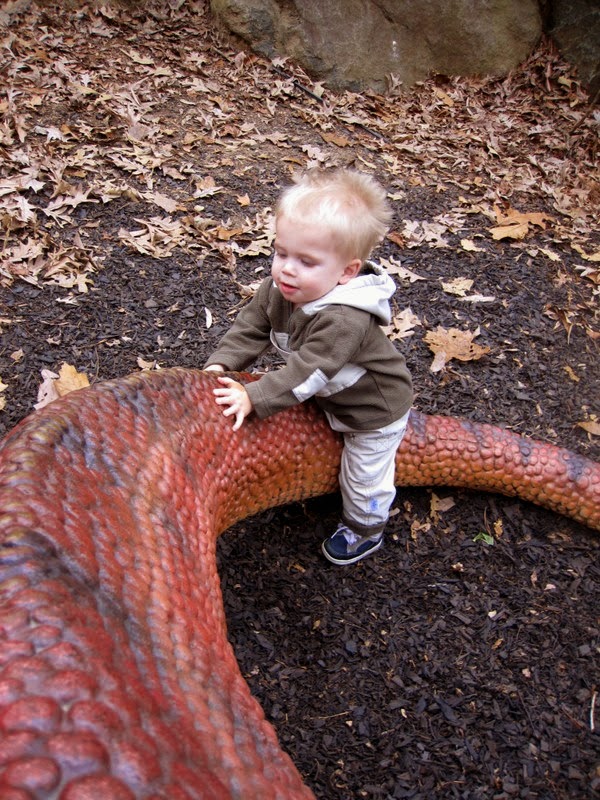 Rachel, though, climbs onto its head and then slides down its nose. 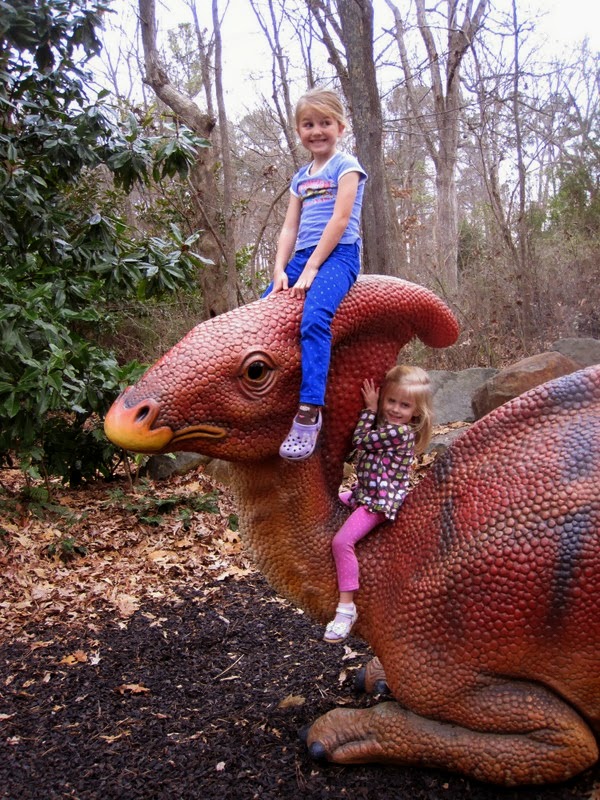 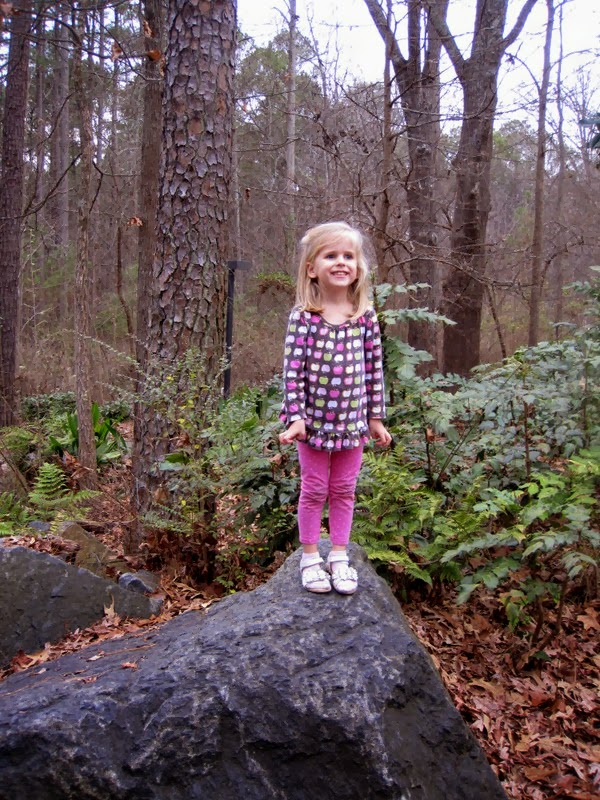 After our dinosaur walk it was time to go home. We stopped by the drinking fountain for a quick drink before going home. They have drinking fountains for just about every size of person. Benjamin was thrilled to find one his size and he slurped from the fountain until he was soaking wet! 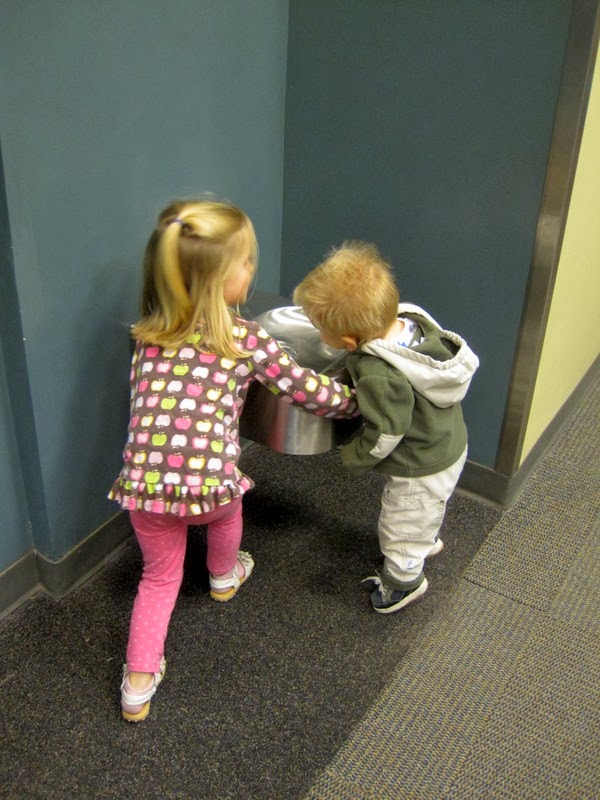 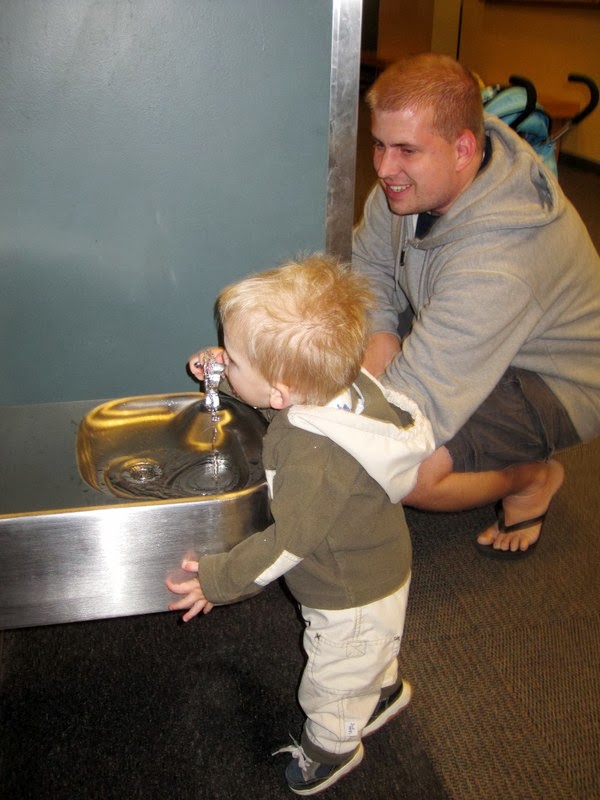