Rachel's class is doing a unit on bears and are currently studying polar bears. I brought in supplies to do a "blubber glove" experiment with the kids, which was well-received. Then the other room-parent talked about snowflakes and the kids made snowflakes with much enthusiasm until lunchtime. 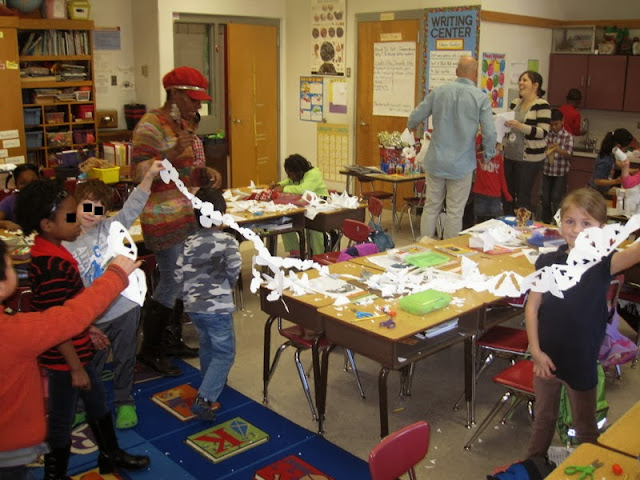 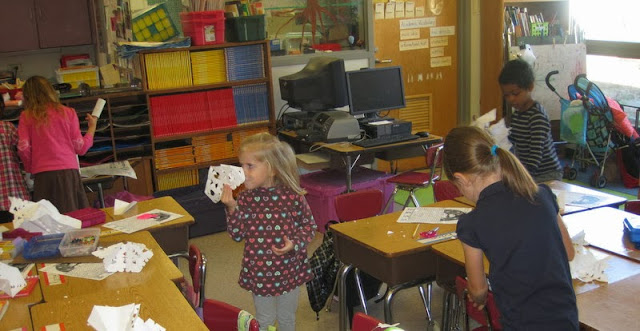 After lunch they had recess outside and then we had a little downtime in the classroom with our little ones while the class was off at their afternoon "special." Miriam is friends with the other room-parent's daughter. They're both four and both have a year and a half left until kindergarten. They get a long great. Benjamin just went around wreaking havoc. 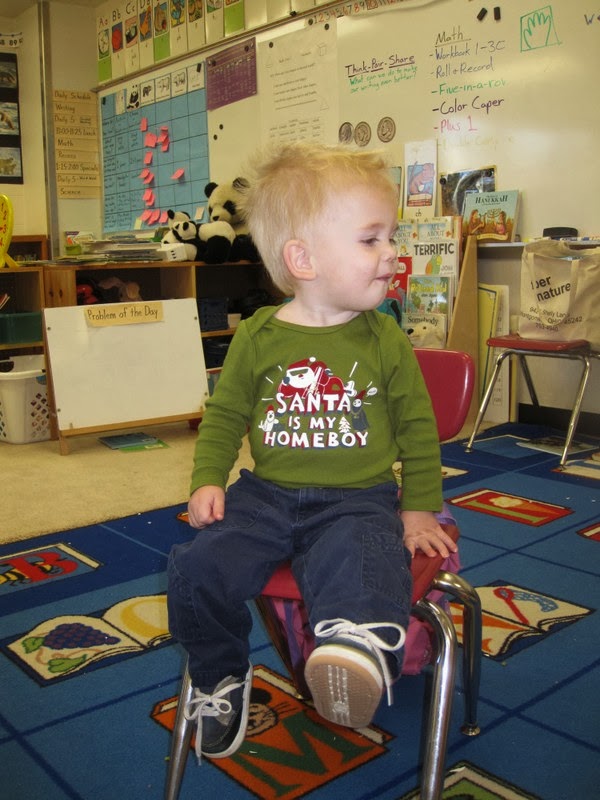 In the afternoon we made snowmen out of toilet paper rolls (Rachel's and Miriam's are pictured here (I didn't take this picture; I'm assuming Rachel did): 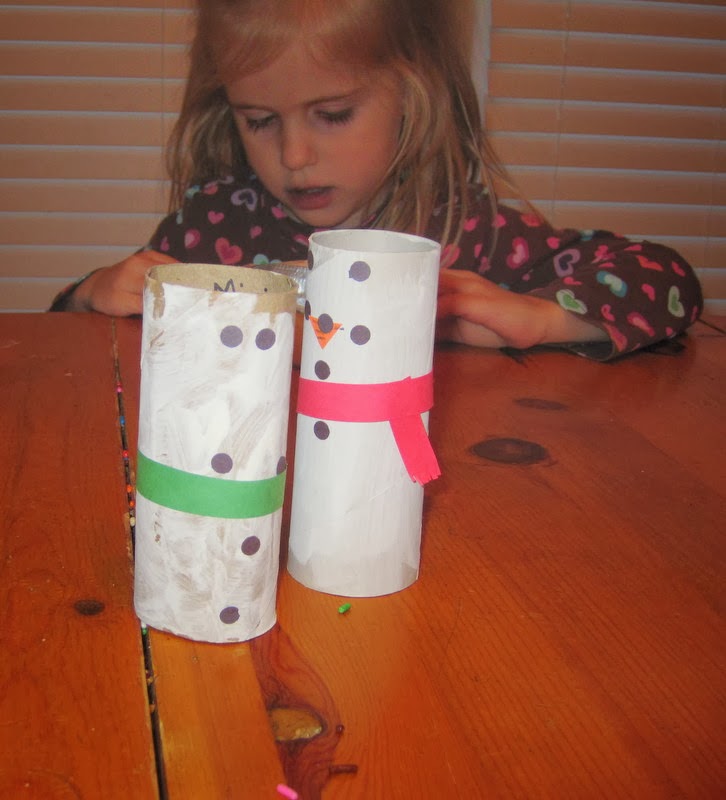 We brought in our ukuleles and taught the class Once There Was A Snowman. They seemed to love it. We also sang Jingle Bells more times than I can count. We also had cupcakes and cookies and candy canes. It was getting crazy in there by the end of the day, but it was a pretty fun educational party.
Posted by Nancy at 10:07 PM