I pureed our little pie pumpkins today. Poor Harry Potter was quite shocked when, channelling my inner Voldemort, I told him he was next...

I made pumpkin pie filling and put it in the freezer until Thanksgiving. I had some plain pumpkin leftover so decided to give Zoë a little try since she's super keen on eating lately.

Here she is grunting and bouncing in her chair. You can almost see her asking me with her brain to feed her. The force is strong with this one.

She's so excited about eating that she'll grab the spoon from me and guide it into her mouth. Because she's five months old and she can do these things all by herself. Her prowess with the spoon is already putting some of her siblings to shame and she's only been using it for a day. Catch up, kids! 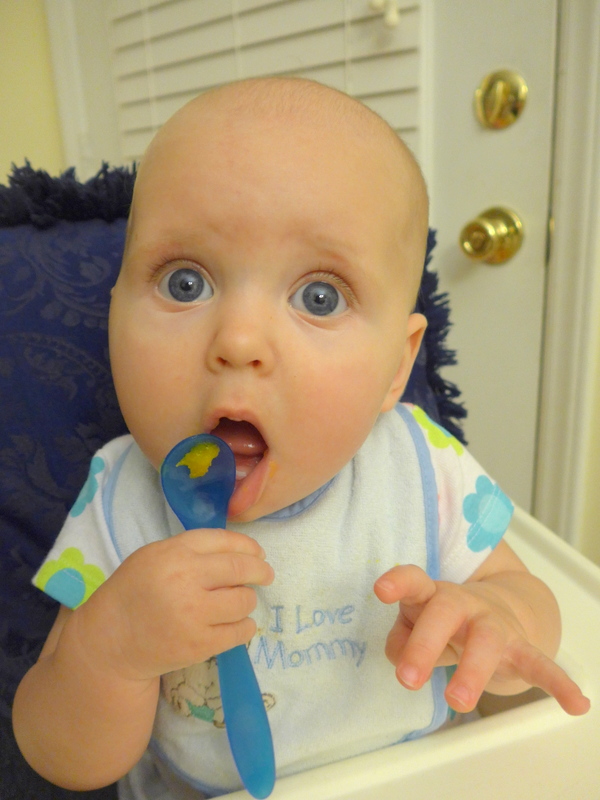 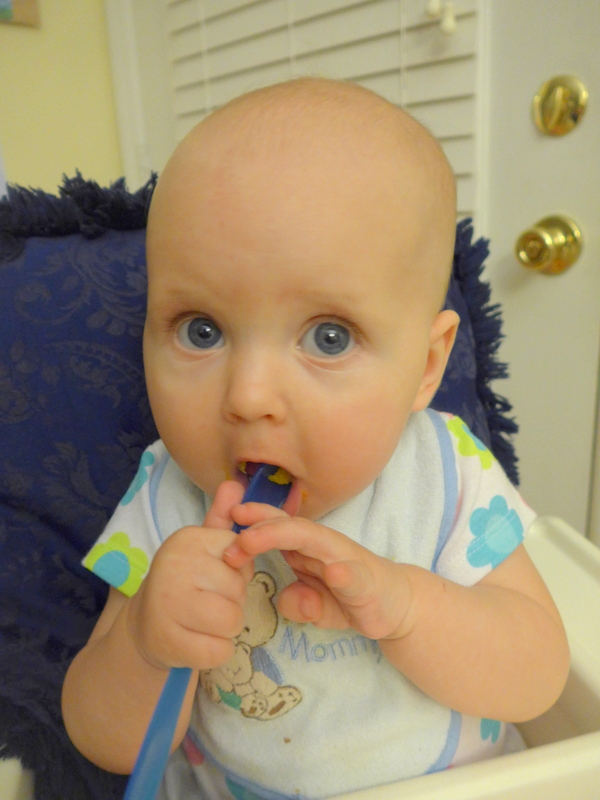 Zoë's world has, thus far, been all paper and cantaloupe—sunshine and roses, if you will—so she was less than impressed with pumpkin (though she learned to enjoy it in the end).


This picture, though. Priceless.

Also, have you ever seen a balder baby? I'm not sure one exists.
Posted by Nancy at 12:36 AM