Usually Zoë eats her meals strapped securely in her high chair because she's a filthy eater and it's nice to keep that mess contained. But she's growing up and is starting to feel a little left out when we gather around the table so sometimes I let her sit on the bench to eat. Breakfast this morning was one of those times. She wanted to sit beside Benjamin so bad and was thrilled to bits when I let her. 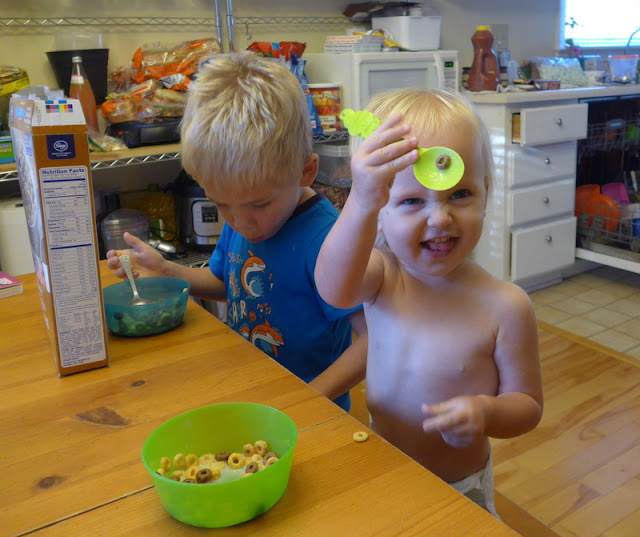 It worked alright for awhile... 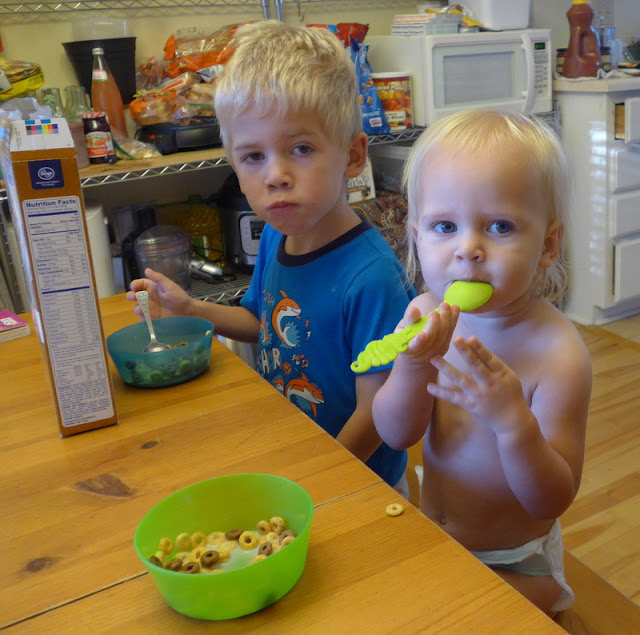 But soon Zoë was tormenting Benjamin, sticking her spoon into his bowl and scooting closer and closer to him. This instigated a little game of musical chairs, which is my least favourite mealtime shenanigan (for today at any rate) because it spreads the mess out all over the table.

Here are the kids, now on the other side of the table, continuing their breakfast. 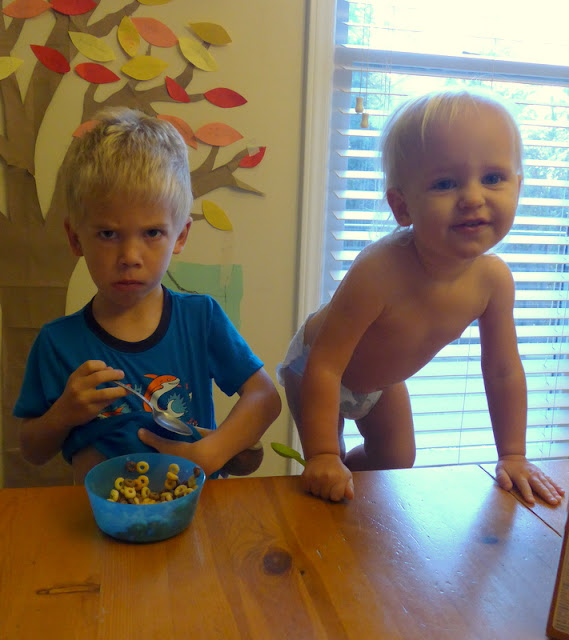 Benjamin took his bowl with him every time he moved over. Zoë did not. So guess what she kept doing? 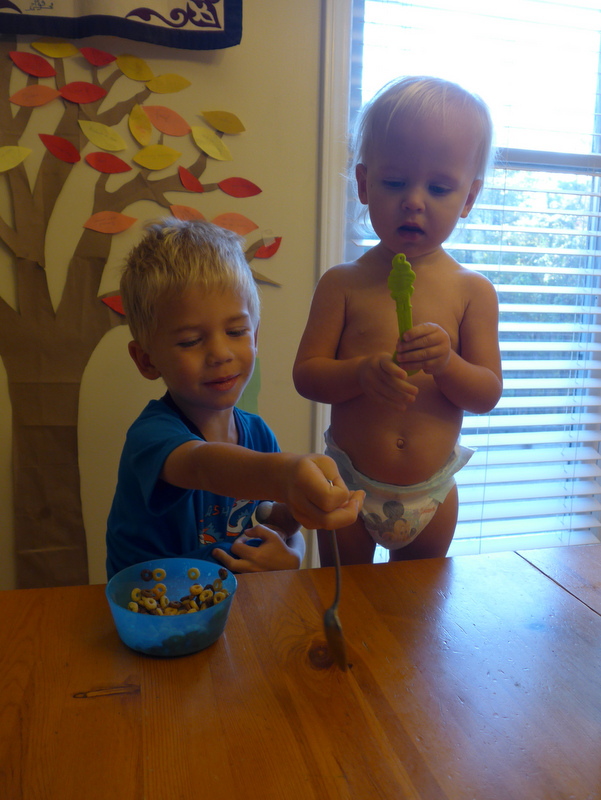 Trying to get a bite of Benjamin's cereal, that's what.

This picture contains so much craziness: 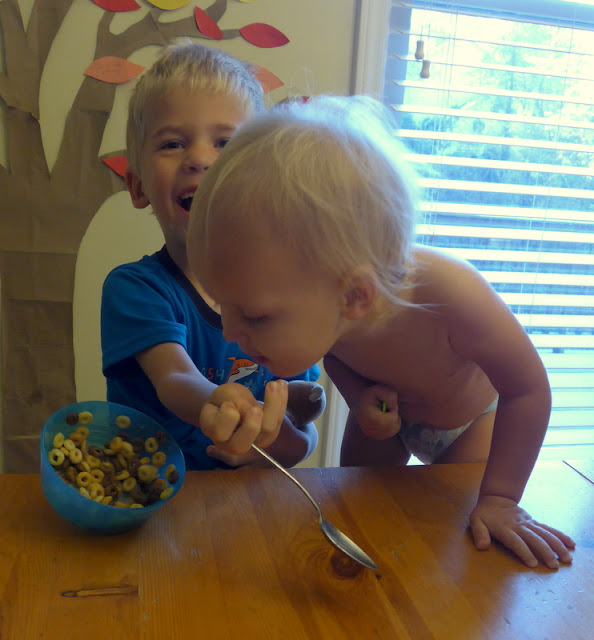 It was a gentle bite, but he screamed and jerked his arm away, nearly knocking his cereal bowl over.

"Give her one bite," I suggested, "And then I'll strap her down for the rest of breakfast."

Because this child can't handle freedom. Give her an inch... 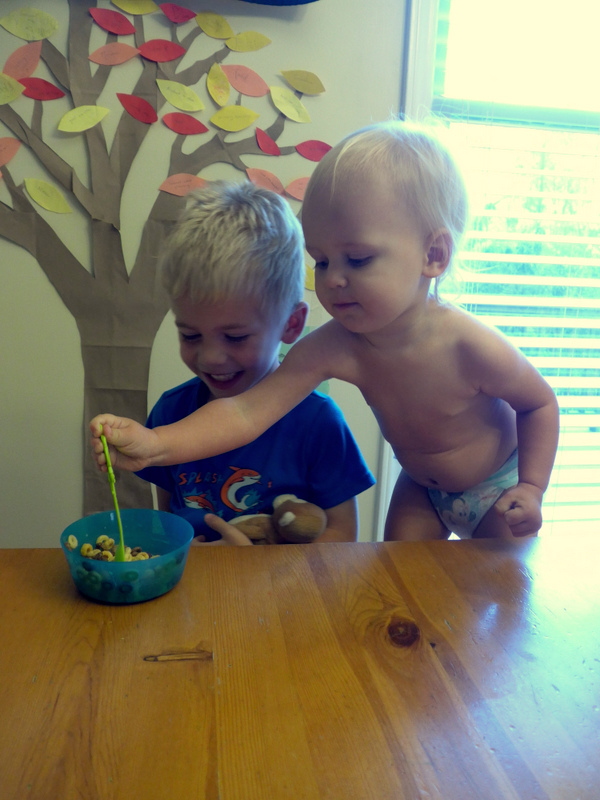