The girls both had Wacky Tacky day this week. Their school doesn't often do school-wide spirit days; rather they do classroom spirit days and sometimes grade-wide spirit days. Sometimes I understand this. Often I feel it makes life rather complicated. 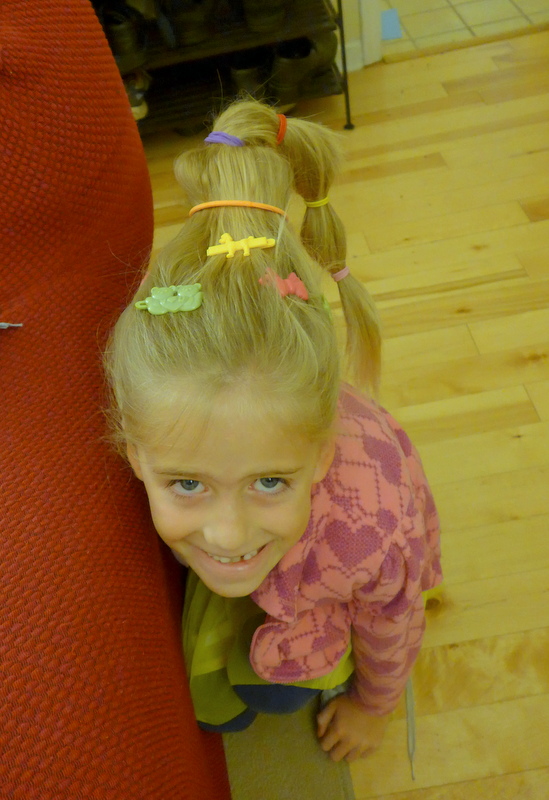 She picked her clothes out the night before and, frankly, aside from the mismatched socks and shoes, it looked like an ordinary outfit for her. We did a fancy wacky-tacky hairdo to pull her outfit together. 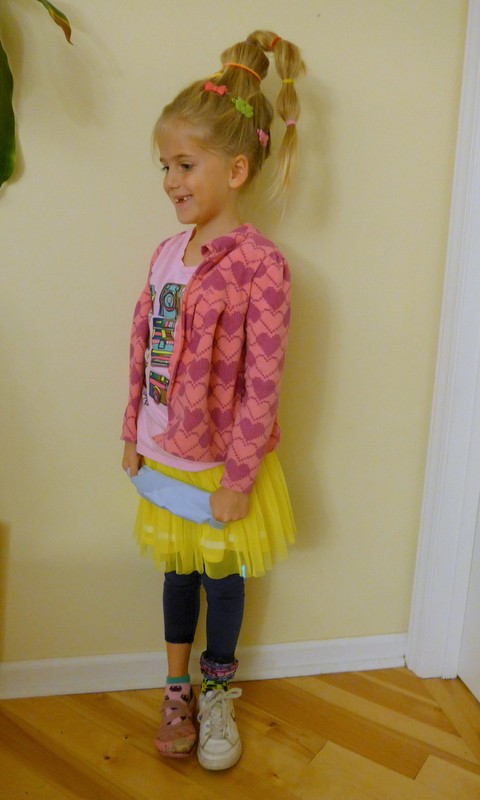 She was super confident when she first got dressed but after she was all sillied up she started to get nervous. What if it wasn't really Wacky-Tacky Day? What if she got her dates mixed up? What if no one else dresses silly? It was all very perplexing, but she bravely went to school anyway. 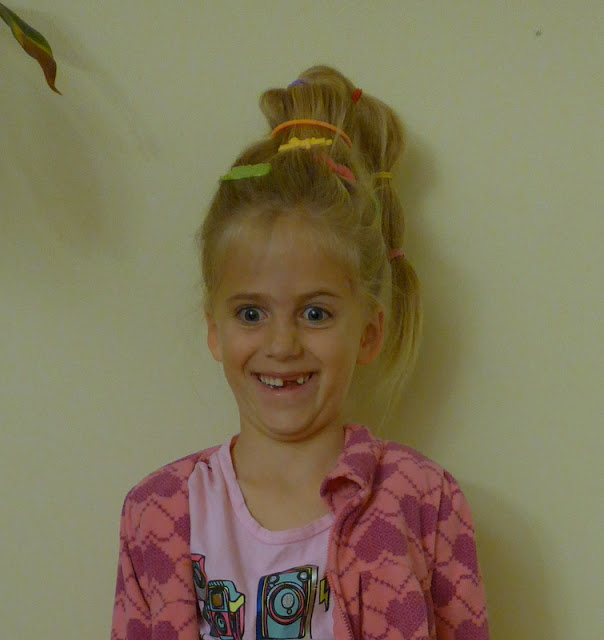 When I showed up to help out in her classroom it was obvious that it was, indeed, Wacky-Tacky Day. Miriam was certainly among the wackiest, though, frankly, her teacher took the cake! I have never seen a wackier-tackier teacher! She and Miriam both wore their crazy outfits with pride, while other kids, like Miriam's best friend, sheepishly turned their hoodie backward—a subtler silly. It was a fun day for everyone, I think.

Rachel's Wacky-Tacky Day was on Friday. She also put her outfit together the night before (I even let her sleep in it because...pick your battles). Originally she had her hair in three ponytails, but she decided to take them out—long after lights-out—and got one of her hair elastics so tangled in her hair that we ended up having to cut the elastic to get it out.

In the morning she went with just pigtails—like Glimmer from Hunger Games, she claimed. 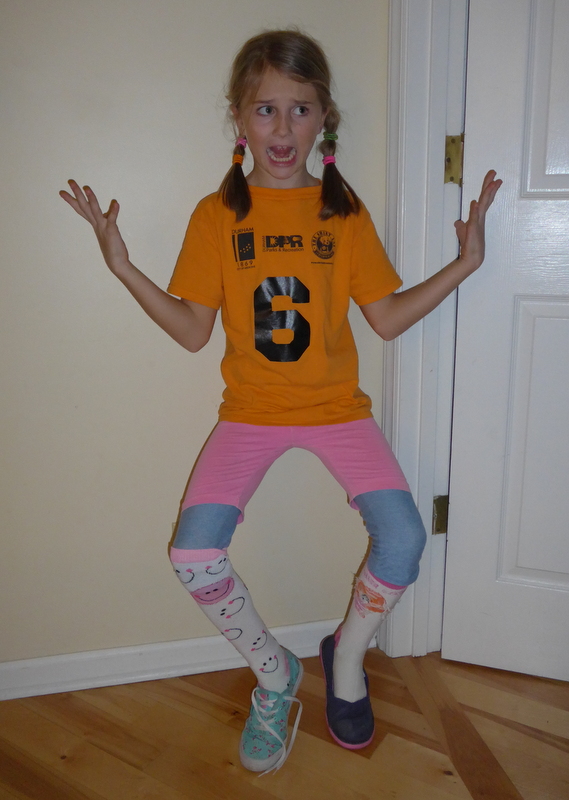 When Zoë saw that we were taking pictures she ran in to take part. 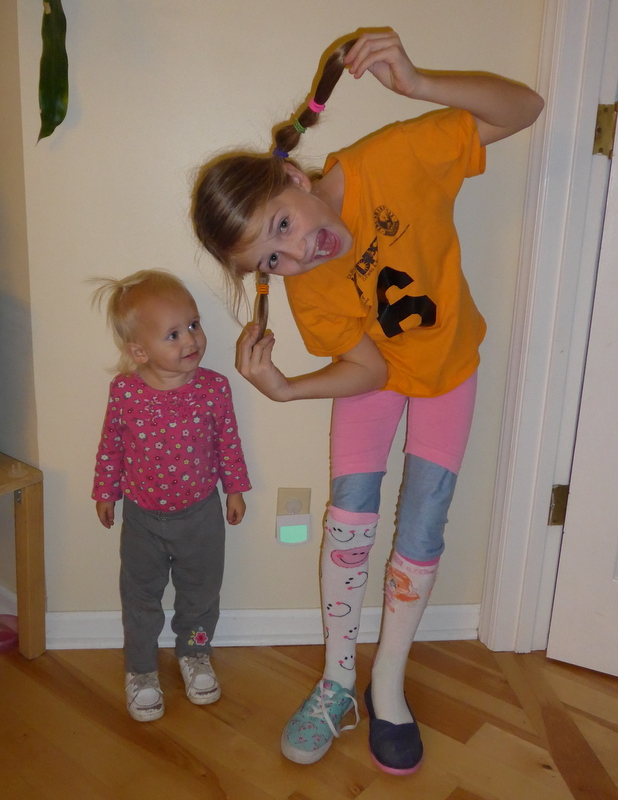 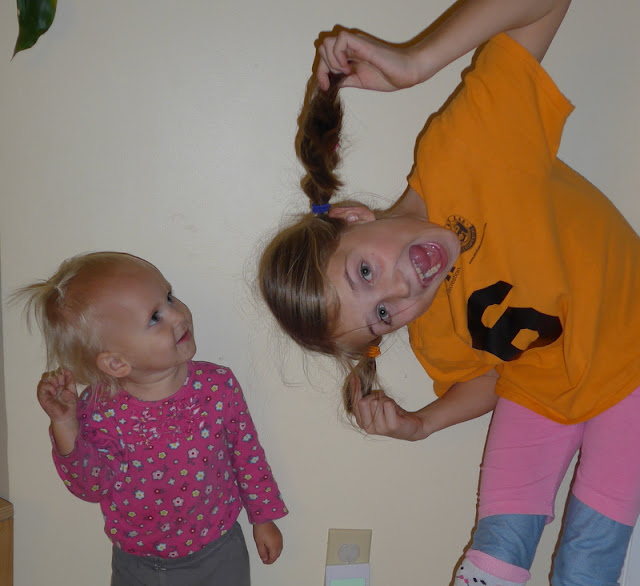 It's nice to have license to be silly all day long sometimes.
Posted by Nancy at 4:09 PM