The girls had their fun run on Thursday morning. Benjamin, Zoë and I went to help out and cheer them on. Rachel's run was at 8:00 in the morning (it sure is a whole lot more difficult to make it to school in time for these first-thing-in-the-morning events than it was last year, that's for sure) and we helped at the water station. Rachel wasn't very excited about running.

She mostly just walked around the track, chatting with her friends. She completed 35 laps, which was quite a feat considering she walked the whole time. She's reached the age where she doesn't think I'm very cool to hang out with (but she's totally wrong on that front) and spent most of her morning pretending I wasn't there, so I didn't get (m)any good pictures of her... 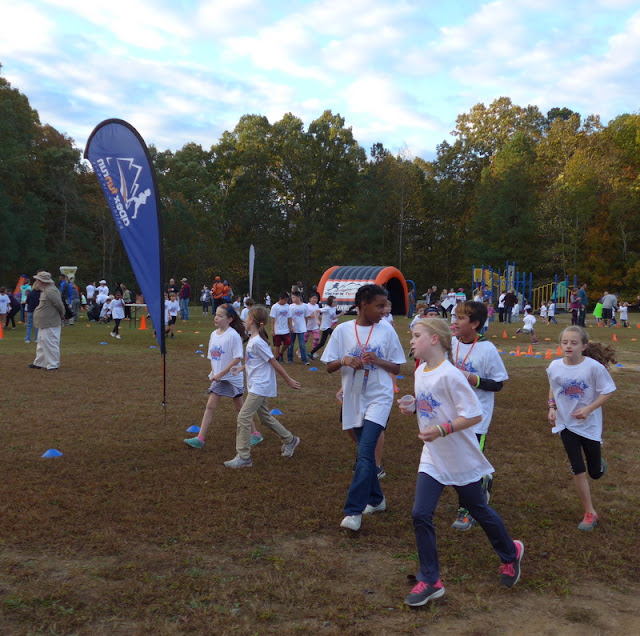 Miriam, on the other hand, was pretty pumped up about everything. She was excited to run and she was excited to see me. I parked Zoë's stroller in the middle of the track (not the part the children were running on, obviously, but the empty part on the inside...) and told Benjamin to stay beside her and eat his snack so that I could help mark laps on the back of the kids' shirts. 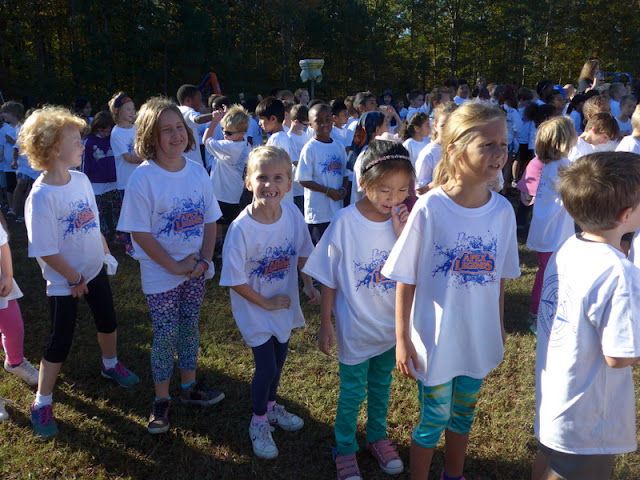 Miriam came to me several times to get a mark on her back, always very excited. She was able to finish all 36 laps, which she was thrilled about: 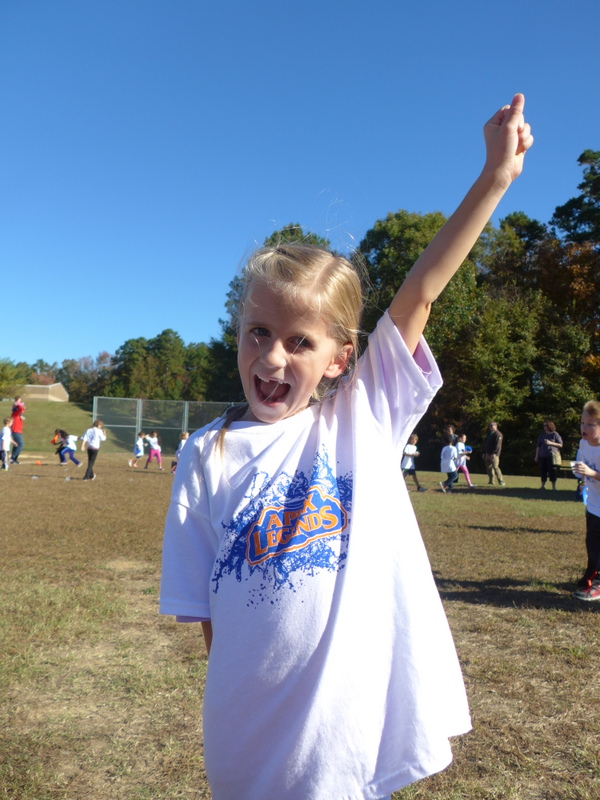 Her run didn't start until 10:00, which meant that we were at the school from before 8:00 until after 11:00. It was kind of a long day for Benjamin and Zoë (though they also got some good playground time in with some friends, so it worked out alright for them) and me, but it was worth it to see these two girls run.

I'm so glad this is our major fundraiser. I don't particularly enjoy asking for donations (and this year I largely didn't because I was somewhat distracted last week) but do you know what I don't like even more? Selling things like cookie dough and coupon books. Yay for fun runs!*

(And thanks to our families for supporting the girls!)

* I hope the school figures out soon that they can do this without booking a company that takes 25% of what the kids earn, just saying...
Posted by Nancy at 11:07 PM