Benjamin had a blast with it. 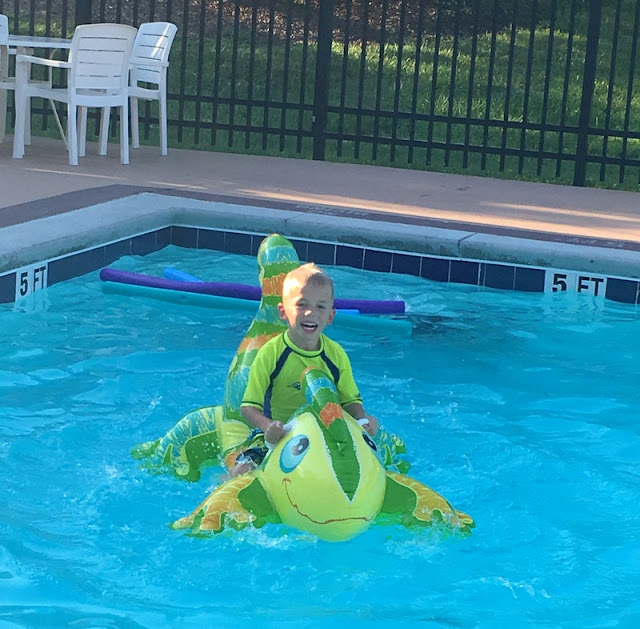 He willingly parted with it, however, to allow Zoë to have a turn. Once she got on that thing she wasn't about to give anyone else a shot. When we finally pried her off of it she screamed (forever). I don't remember how we managed to get her mind off of that toy, but we eventually did and she had a happy enough time to tucker herself out. 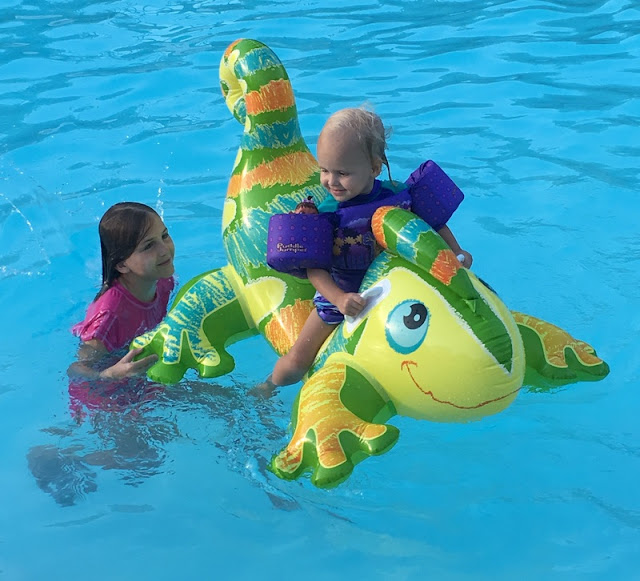 When I took her for her two-year check up last month the doctor asked me how many words she was saying and I said, "Oh, I don't know. A lot!"

"Well, if you've lost count, that's probably a sign she's met her milestone. At 24 months she should be saying about 50 words and should be putting together little two-word sentences. Would you say she's doing that?"

But then we were curious about how many words she really uses, so Rachel and I have been keeping a list the past couple of days. We're up to 180. I added a new one when we got home from the pool today: goggles.

Apparently Zoë has a word for goggles...but not for pants.

I can't decide if this is a good thing or a bad thing or if it's just solid evidence that she is definitely one of our children. In case you're interested, here is the list of Zoë's words (though I'm sure we're missing several (and I just noticed that I included both "shoe" and "shoes," and didn't include "tall," but whatever)):