Two weeks ago* Benjamin's kindergarten class had their end-of-the-year performance. 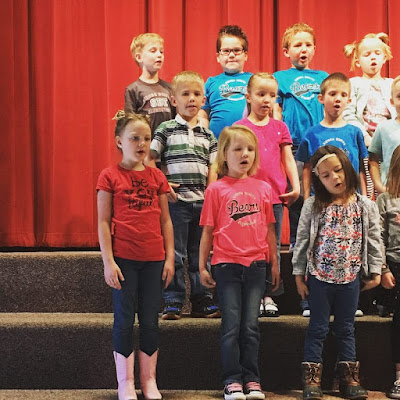 It seems odd to me to have all the end-of-year activities so early: the musical and Benjamin's performance in March and the choir concerts the beginning of April. I wondered why for about two seconds before I realized that it's due to end-of-year testing, which has become almost a sacred, silent ritual in elementary schools. As if stressing children out by enforcing strict silence and making them feel like their little lives depend on doing well is healthy for them.

Just collect your data and move on, without linking scores to wages or other ridiculous stuff like that.

That way we can stop saying "end of year" in March. Because that's just crazy talk.


Benjamin had his end-of-the-year kindergarten performance on March 30th so I walked to school with the kids (and cousin James) that morning so we could watch it. My friend Gulnaz took a picture of us walking together (since she was walking to school as well). James and Zoë are in the wagon and Alexander is in the front carrier (Miriam, Rachel, and Benjamin are walking beside me):

Benjamin's performance went well. He seemed to know the songs and actions by heart and participated fully, if not entirely enthusiastically... 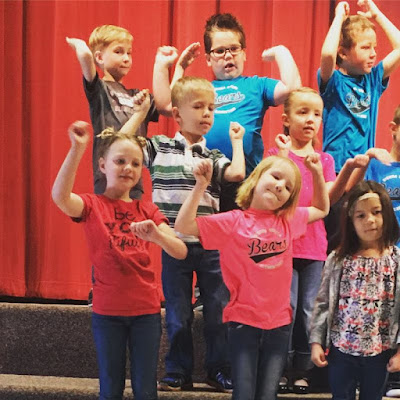 He hasn't been entirely impressed with the musical curriculum in kindergarten this year. One day when we were walking home after school he seemed to have a bit of a chip on his shoulder so I asked him what was wrong.

"Nothing. I just hate music class," he confessed.

"Oh, why is that?" I asked in a way I hoped sounded judgement-free.

I guess after attending gamelan any music class would seem at least a little boring... 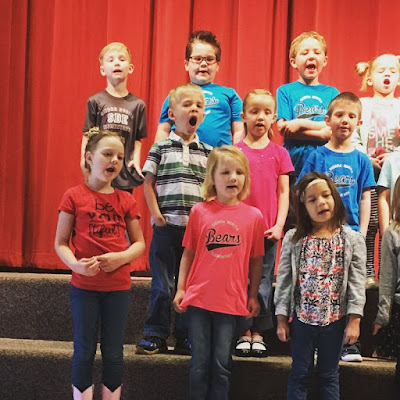 The program lasted about a half hour and my wild, wiggly boy stood at attention the entire time. I was amazed with his ability to stay still and focus. He's sure grown up a lot this year!

And the program was so perfect for taking a couple of preschoolers to. Zoë and James were riveted. Even Alexander seemed to enjoy himself. It was really quite a cute program, all about bears. They sang Going on a Bear Hunt and Ten Bears in the Bed and several other songs.

Afterwards we didn't quite have enough time to make walking home meaningful so instead we walked to the park and hung out until it was time to pick Benjamin up.

Here are a couple of pictures Gulnaz took of me pushing the kids on the merry-go-round (which is super boring compared to the old metal ones with bars (and so hard to push fast enough to elicit a giggle from anybody)). 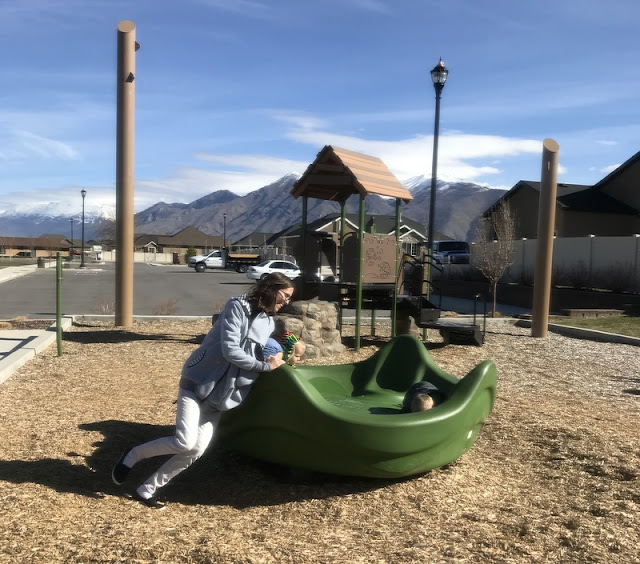 (Alexander is not in the front carrier, by the way, but I'm still wearing it so it looks funny; he was actually chilling over by the baby swings with his friend Elizabeth). 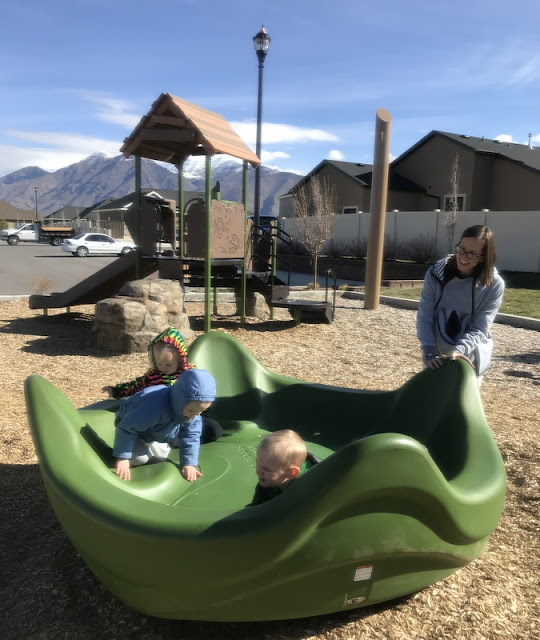 As we were walking over to the park, James said, "I want to go to the bug park! Can we go to the bug park?" and I was like, "I don't know, buddy. Is that another park by your house in Washington?" because I'd taken him to the park the day before and he kept going on and on about some "zip line park" (which sounds amazing by the way). I just assumed that he was talking about another park from back home, but when he answered me by looking at me like I was a crazy lady I realized that he had given our park a nickname. Our park is the bug park!

There are little bugs cast into the fake rocks at the park and there's a scavenger hunt sign so you can make sure to find them all and James was rather interested in that activity. I was so happy our park made an impression on him because he had not seemed very impressed initially!

So these pictures are from the first day we took James to the park (also while waiting for Benjamin to get out of school). The kids sure had fun together. Zoë looks up to James so much and immediately adopted him as her best friend (whether he liked it or not). She kept telling him that he was her "best friend," but also couldn't remember that she knew his name and so kept saying to me, "I don't remember—what's James' name?" 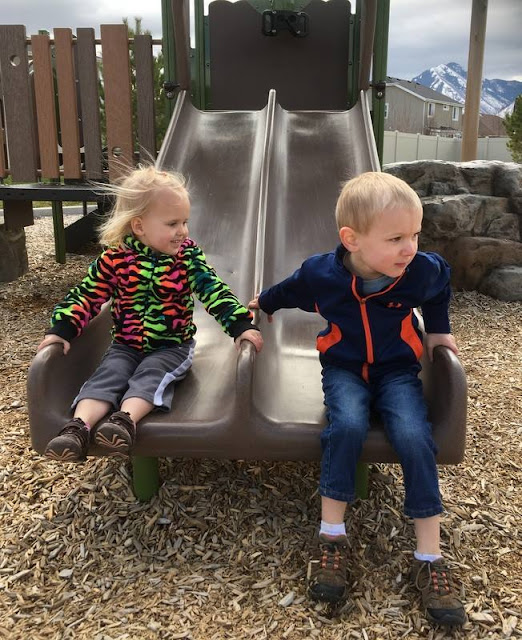 She was very concerned when James got sick and kept asking about the status of her best friend. She wanted to know if we gave him any me'cine and whether the me'cine made him feel any better. Sometimes—two weeks later—she still asks after James' health and when he'll be back to play with her. 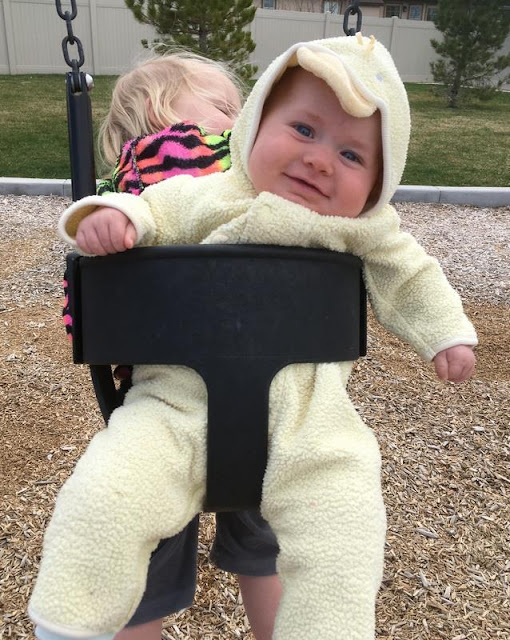 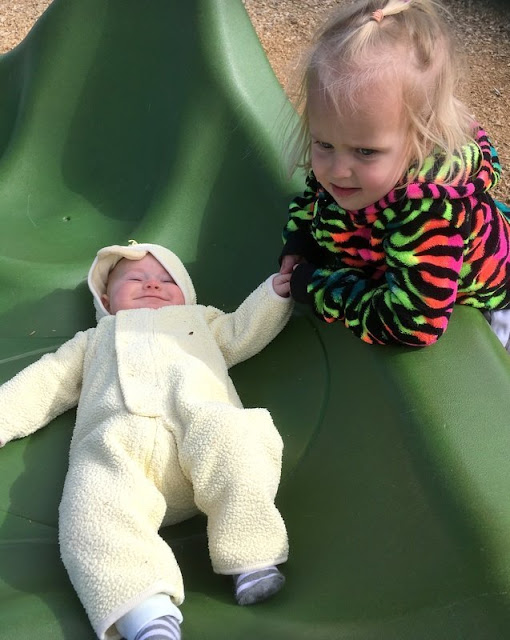 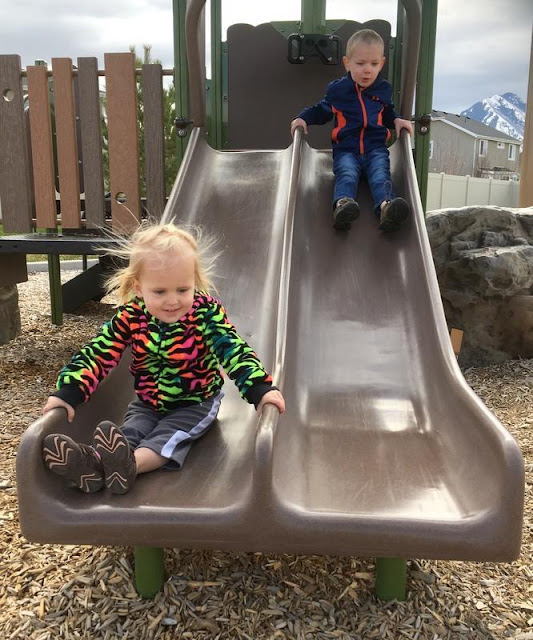 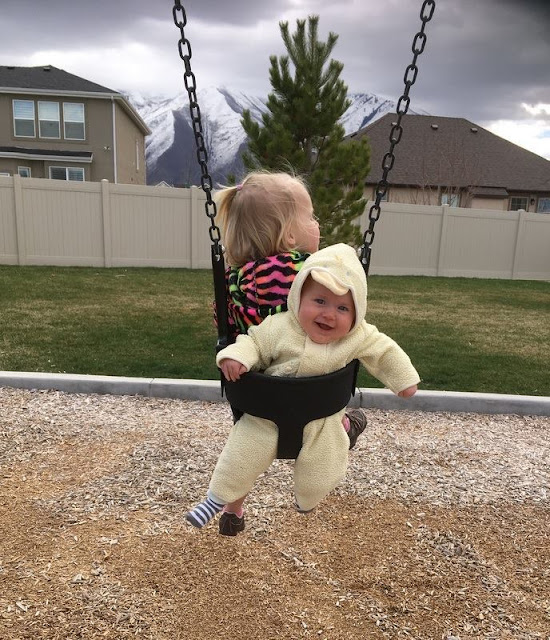 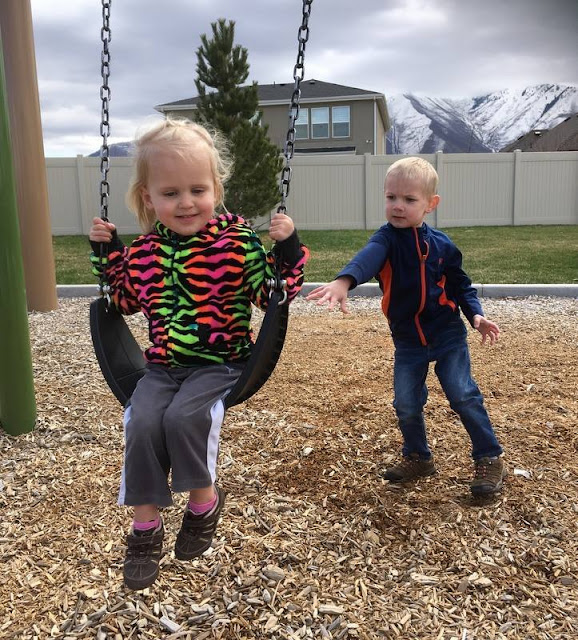 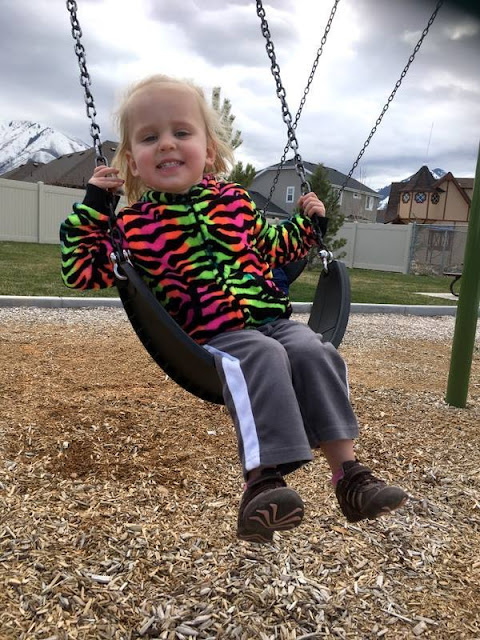 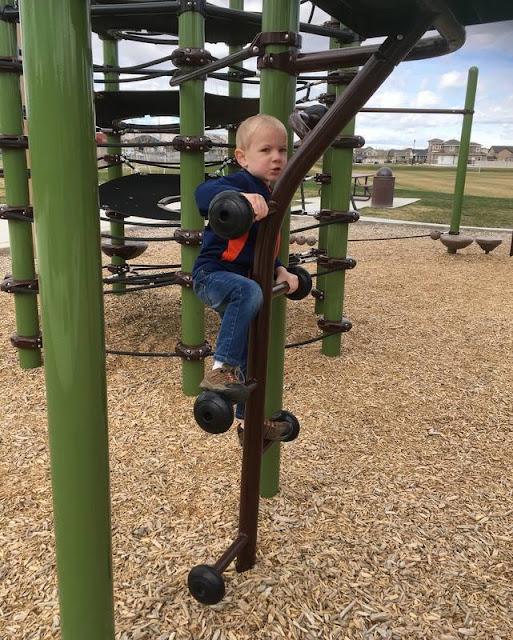 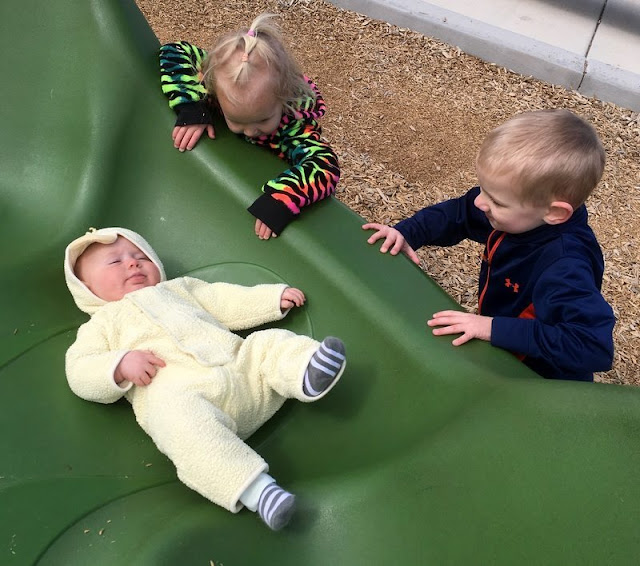 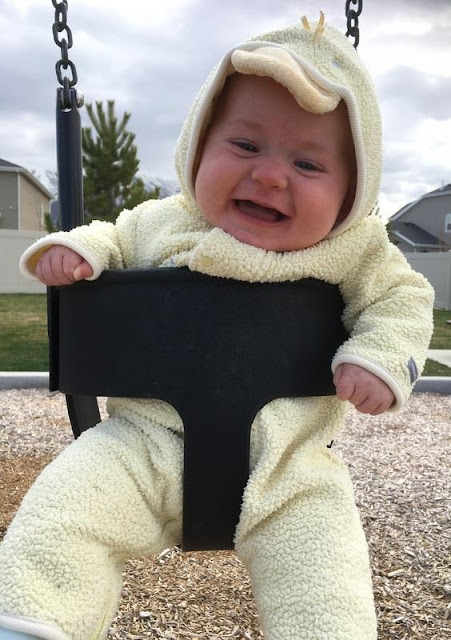 James was such a joy to tend. He didn't talk back, he didn't fight with my kids, he happily took long afternoon naps. He was just the kind of kid who not only easily fit in with my children but who made my children get along better with each other as well, so it didn't feel like having an extra child around at all.

And Diana was wonderful to have around, too! After spending her day helping out at her sister's house (I hear Suzy didn't have to do any dishes the whole time Diana was here!), Diana would come back to our house and pitch in however she could. She did the dishes, she polished up our stainless steel appliances, and she sat with me and chatted while we folded a couple loads of laundry together! Just to name a few things...

It's really too bad their stay ended on such a bad (barfy) note, but we had some good times together before then and we're all over the barfs now, so no harm, no foul!

* Obviously this post is super timely.
Posted by Nancy at 2:41 AM