The Easter Bunny visited us on Saturday, just to make sure we knew it wasn't a joke (since, you know, Easter fell on April Fools' Day, which was also General Conference). The kids found their Easter baskets filled with books and candy (except for Alexander, who got a solitary plastic egg in his basket, which I'm honestly not even sure he touched before one of the other kids took it away from him (it's the thought that counts)). Rachel also got a mini first aid kit in hers, which she was most excited about. She's our super-duper-prepare-o-matic, always getting a first aid kit to carry whenever we go out hiking.

Benjamin was most excited about the George Washington biography in his basket: 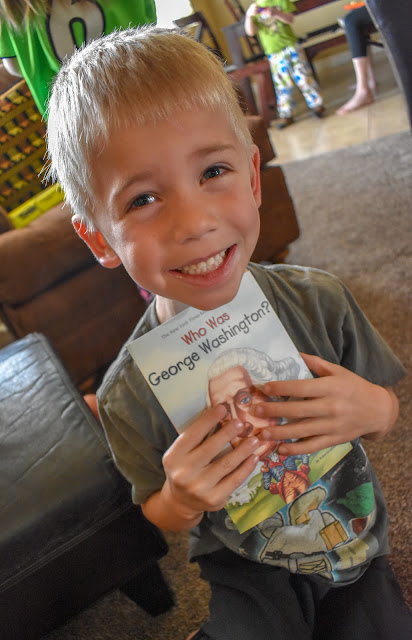 Miriam was most excited about the Queen Victoria biography in hers: 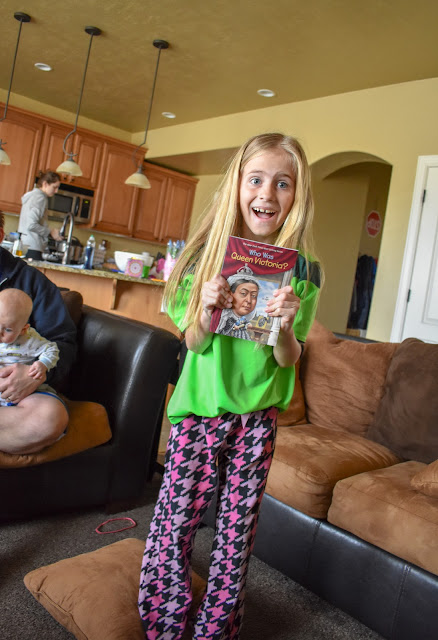 I wouldn't say we're raising a bunch of nerds or anything...but...our kids squeal over biographies, so...

Since their baskets didn't take long to discover, they quickly moved on to the main event: the Easter egg hunt. Benjamin put his basket on his head and announced, "In some places in the world people really do carry things like this." Zoë, of course, had to copy him immediately. 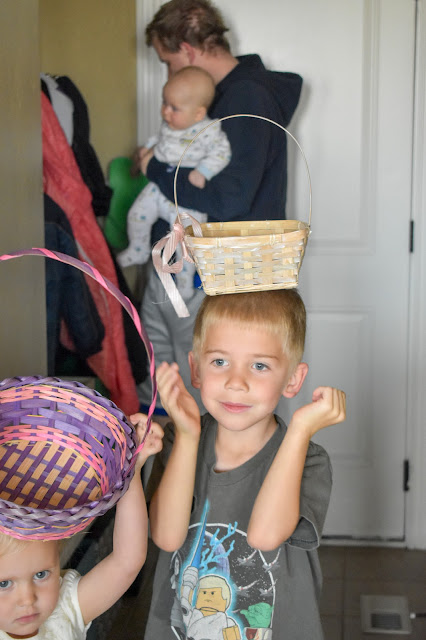 I couldn't decide which picture I liked the best, so you get both. Andrew's rocking some pretty crazy bedhead (it was so bad that I consented to give him a haircut (because he believes that if your hair is long enough to need a comb it's long enough for a haircut)). 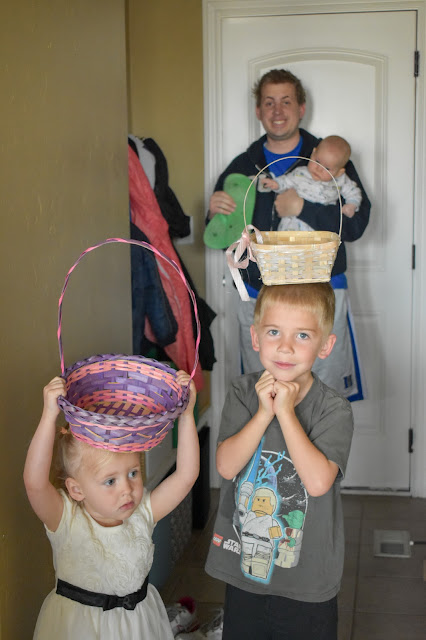 We The Easter Bunny hid 80 eggs in the backyard at midnight, so since Diana is here with her little ones, each of the kids got to find 16 eggs. The Easter Bunny told me that he hid the eggs much more acceptably than that pesky Leprechaun, so I reminded the big girls to maybe leave the plain obvious eggs for the littler ones in favour of the more difficult-to-find eggs. The last two eggs were particularly difficult to find and I even had to go out with Rachel to look around, but we eventually did find them all!

Here's James, who knew exactly what to do: 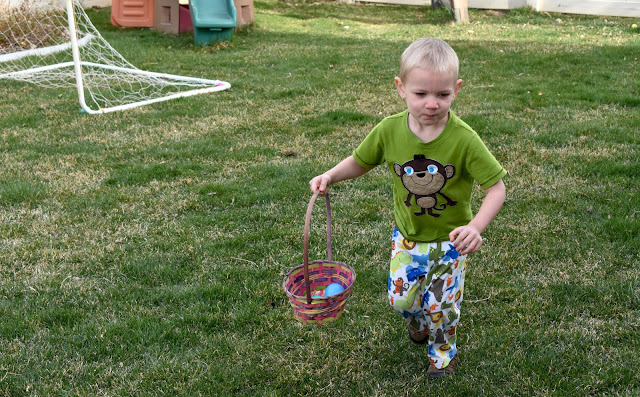 It always amazes me the first time children remember what to do on special occasions. 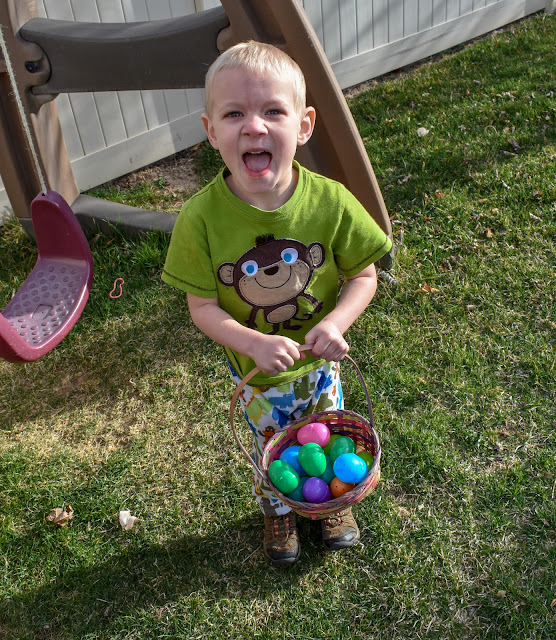 Turns out she hasn't quite figured out Easter yet, however, because although she was just as excited about the egg hunt as the next kid, she clearly had no idea what to do once we got outside.

"I don't see any eggs," she said sadly as she started loading her basket up with rocks. 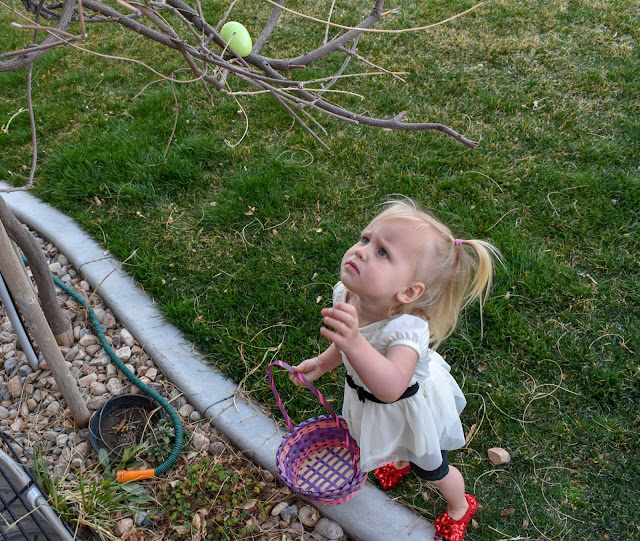 We pointed out a few eggs to her (like the ones scattered on the lawn...and the one in the tree right above her head) and she caught on. 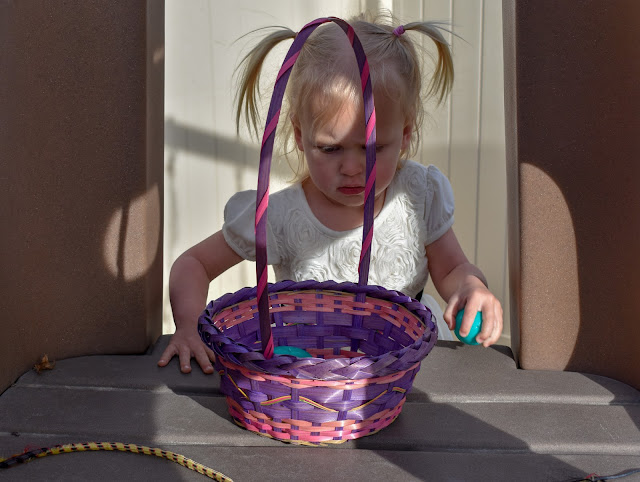 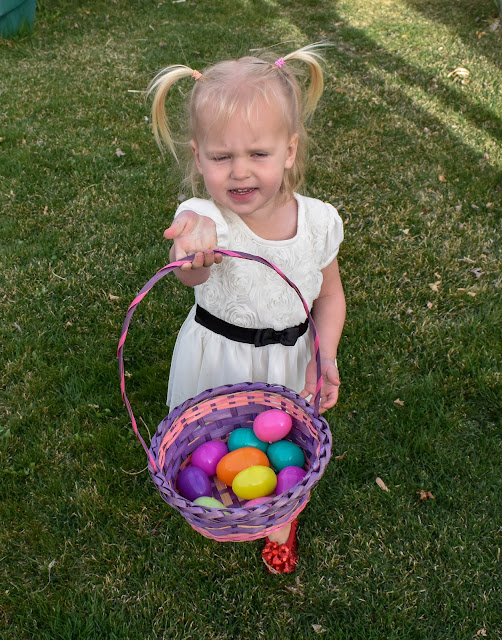 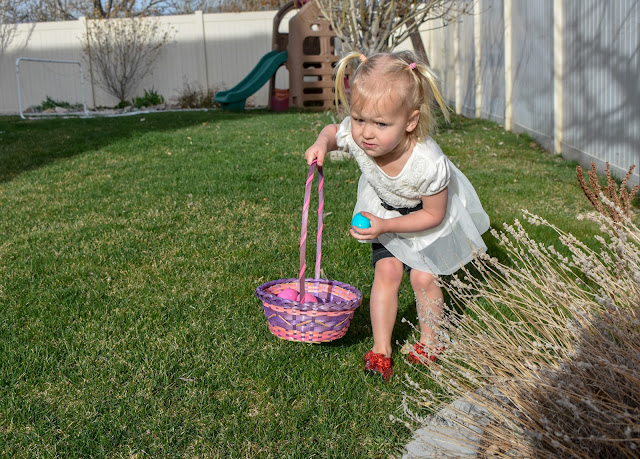 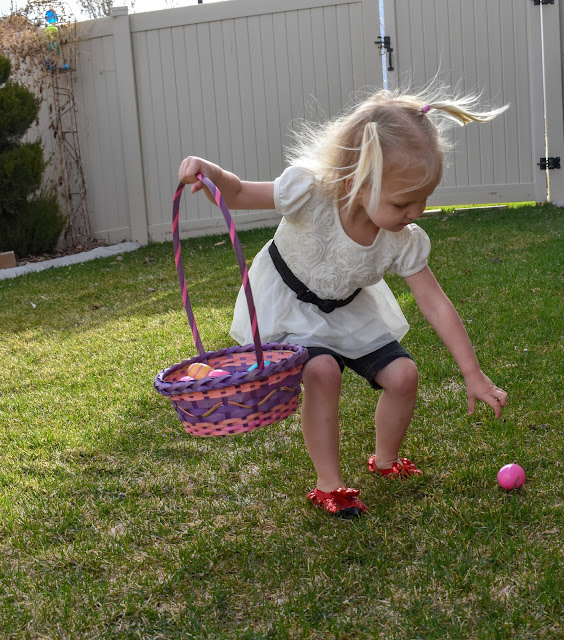 Here are the big kids looking around: 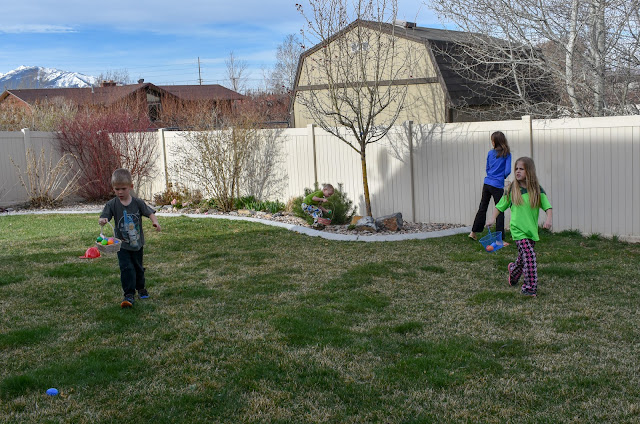 Benjamin filled his basket in no time while Rachel and Miriam did their best to ignore the easy eggs. 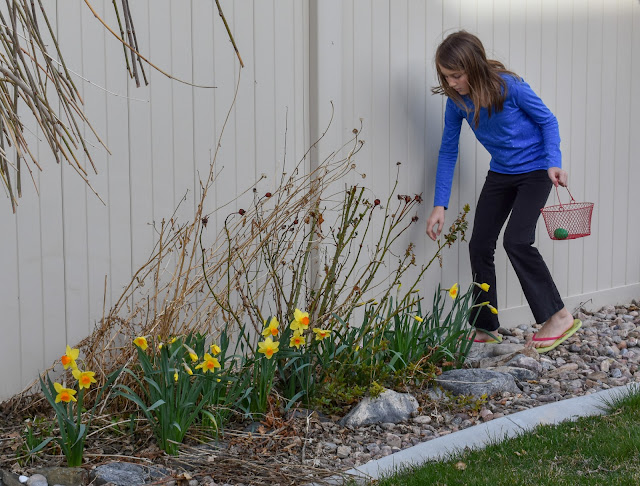 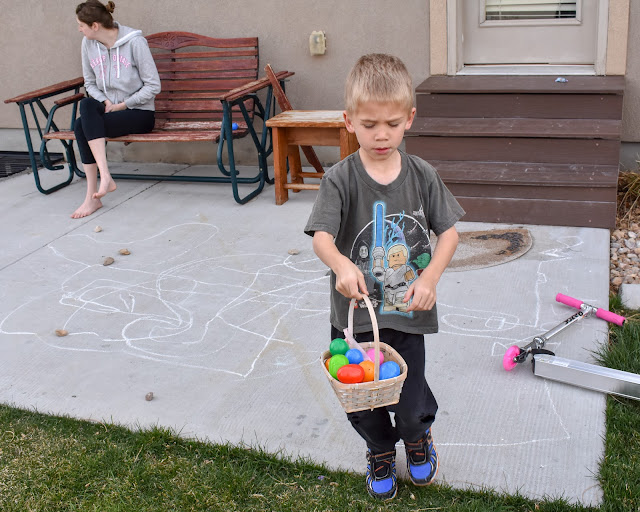 (Oh, the Easter Bunny also brought scooters for the kids; it was a good year for them. When they found them in the yard they were like, "Are these for us?" Except there were only three of them so Benjamin quickly explained to Zoë, "The Easter Bunny didn't get you a scooter, just us!" which made her cry, until I reminded her that we have another scooter in the garage and so that one could be just hers). 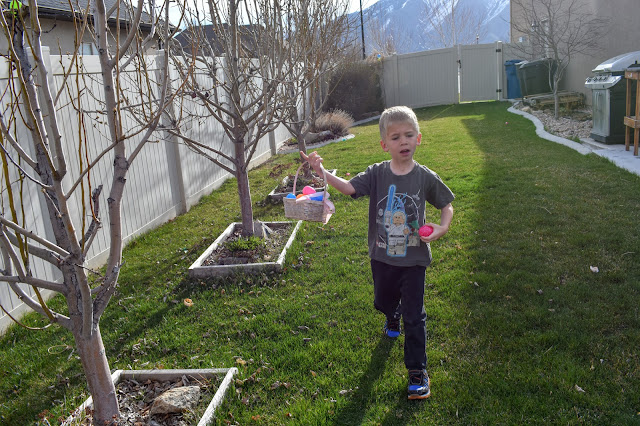 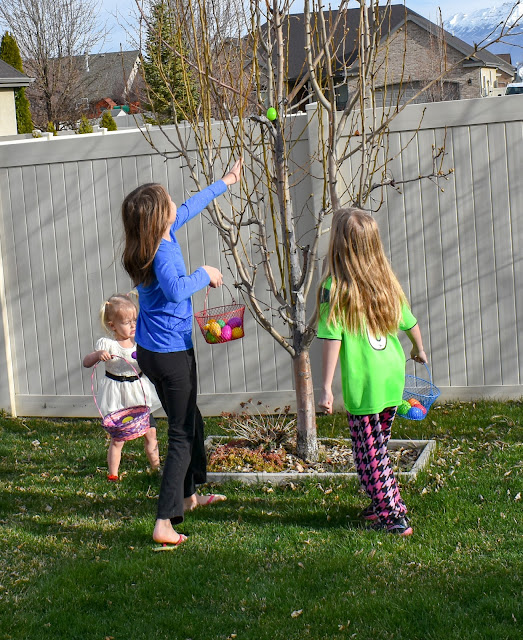 Here's cute little Audrey, who doesn't quite trust me. I tried to hand her an egg so I could take her picture with it and she was like, "No, thanks, weirdo!" 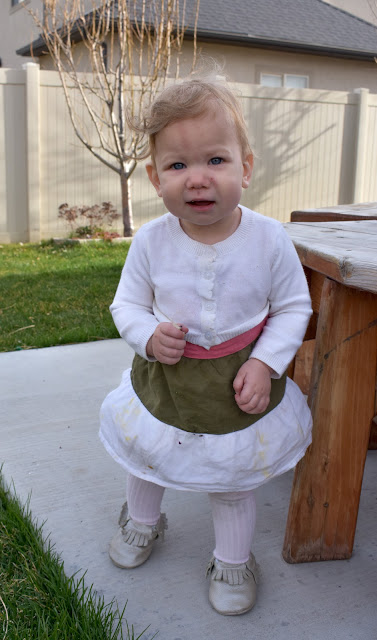 The kids sure had fun—and maybe next year Zoë will even remember what to do!
Posted by Nancy at 10:31 AM