Alexander didn't really participate in the Easter Egg hunt. In fact, like Audrey, he wasn't even very interested in the egg that we handed to him. But he certainly was adorable sitting in front of our daffodils! 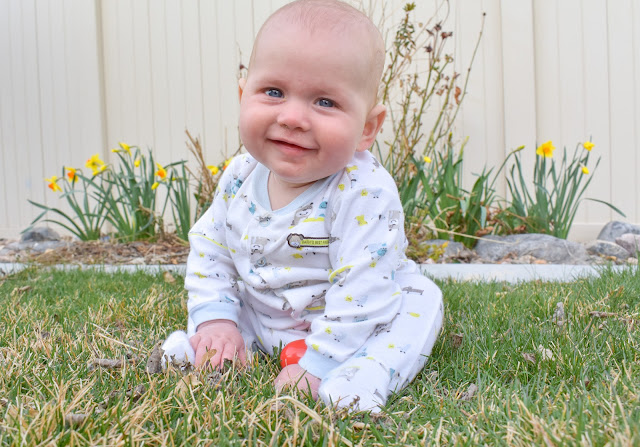 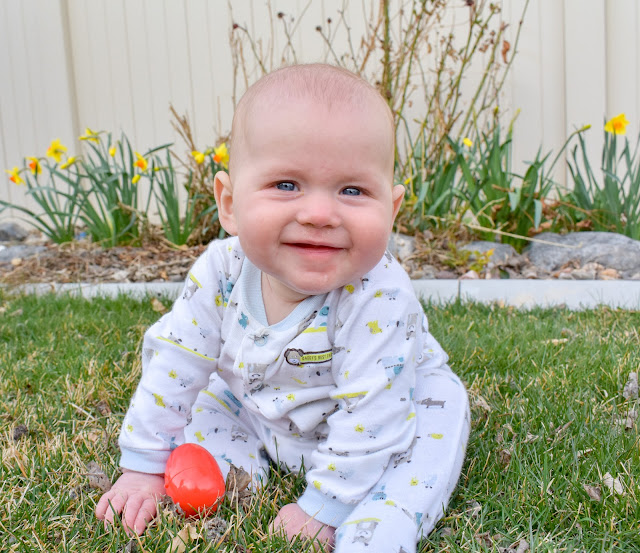 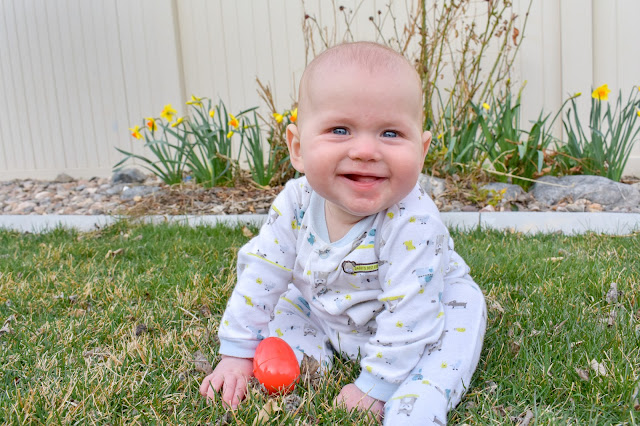 Sitting up is exhausting work... 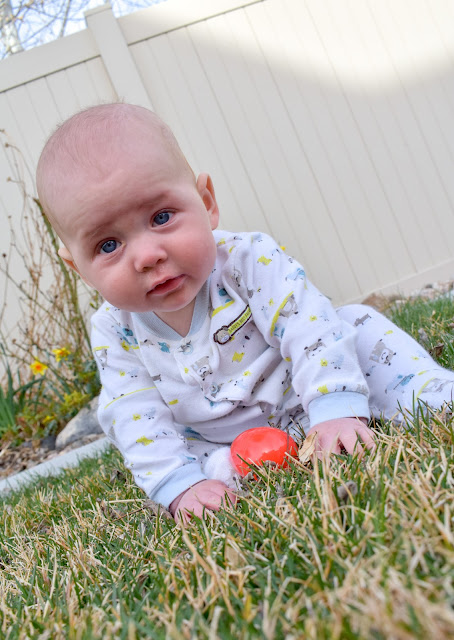 After a full day of spitting up in his jammies (because sometimes I don't get him dressed and he lives in his pyjamas; don't judge) I decided to change him into new jammies before bed—cute yellow jammies with chicks on them. I went downstairs and ran into Diana who gushed, "Oh, I just love little footie jammies on babies!" (Only she didn't call them footie jammies; I don't remember what she called them, but we call them footie jammies, so...) We talked about how all five of my kids had worn them (because they're perfectly gender neutral). Then she said, "And they're all Eastery, too!"

"They are!" I said. "I hadn't noticed! Maybe tomorrow morning (if his jammies are still clean) I can take another picture of him sitting in front of the daffodils wearing this outfit because it's much more Eastery than the outfit he was wearing this morning."

And then he and I went back upstairs and Alexander thought to himself, "Hmmm..." 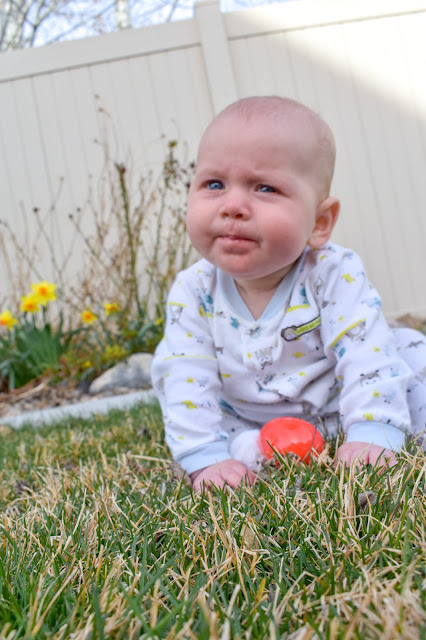 And then he did the biggest poop-splosion he's done in a long time.

So I changed him into yet another pair of pyjamas and we didn't get that cute picture of him wearing his yellow chick pyjamas in front of the daffodils.
Posted by Nancy at 11:05 AM