When we were in Durham this past weekend we stopped by our old neighbourhood, Eno Trace, and I could resist popping Alexander into the swings at our neighbourhood playground because all of my babies (save Rachel) have spent time in these swings and it just felt altogether fitting and proper that we should do so. 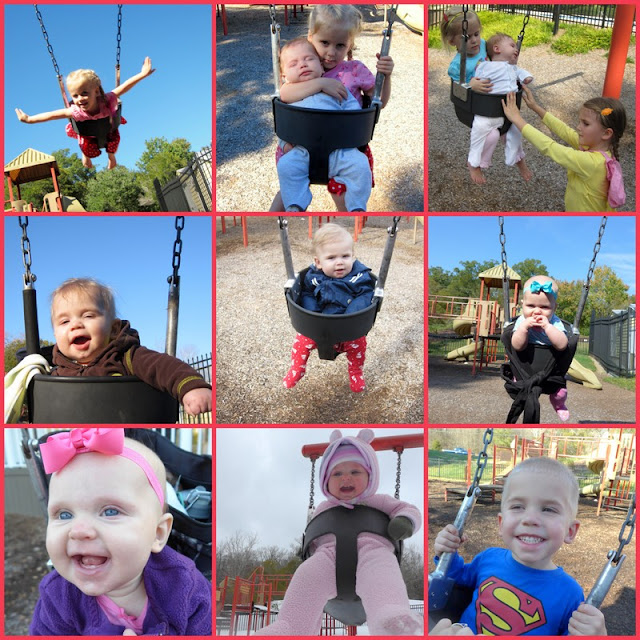 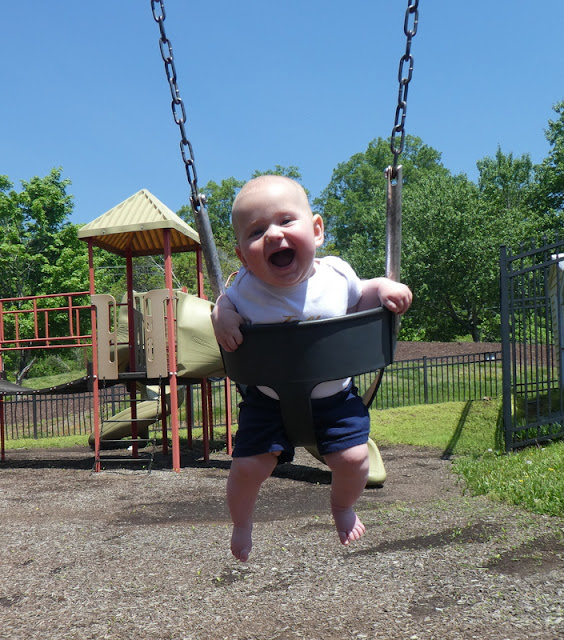 At seven months, Alexander has two (sharp) little teeth—the front two on the bottom. I believe the one on the left came in first—on May first! The other tooth followed a couple of days later. I'm sure more teeth aren't far behind because in winter picture of Zoë in the swing (see above), she's only eight months old and has top teeth as well. It's hard to imagine his gummy grin being replaced by a toothy one. But I suppose it's for the best. 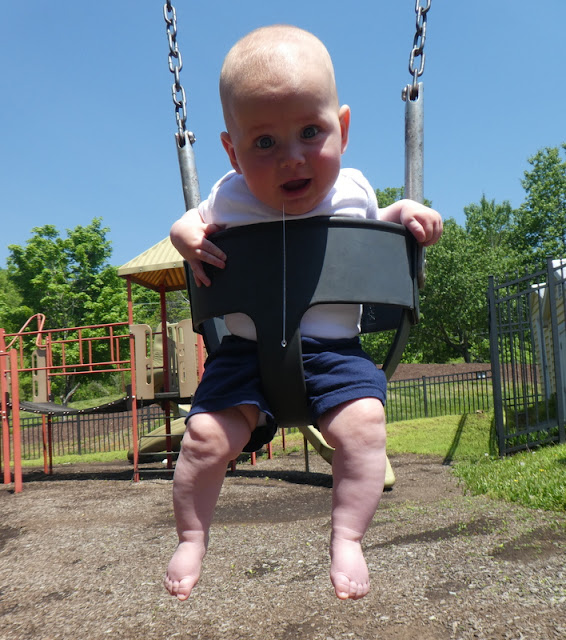 And he's still pretty spitty-uppy, so if you ever hold him you're doomed to be covered in some substance or another.

He sits up very well, can scoot around on his belly but has yet to really move forward (he really just pivots around wildly until he ends up different places, usually not where he was originally intending to go), and loves to stand and bounce (with support).

He's a generally happy baby, and though he loves his siblings he is happier when they aren't around to pull/poke/prod him. 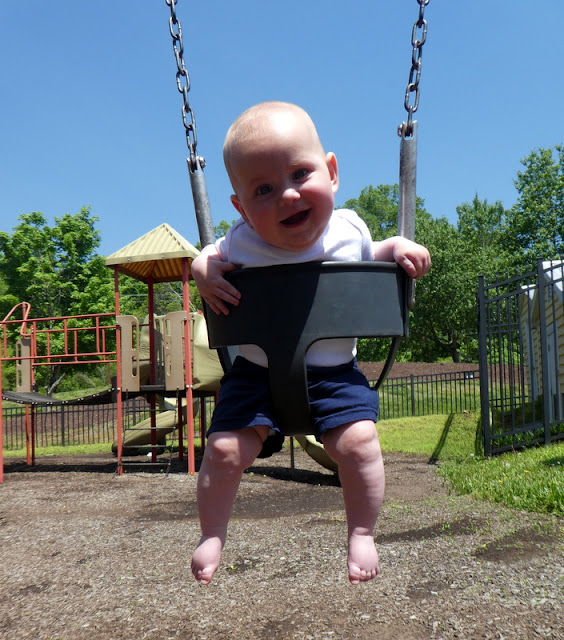 He doesn't like loud noises, especially yelling. And the garbage disposal.

He loves eating, especially when he knows he's eating the same thing everyone else is eating.

He loves to snuggle, especially with Grandma. Lately she can't walk past him without him squawking about wanting to be picked up. He through a little fit during the dinner prayer this evening because she had the audacity to walk past him (he was buckled into his little high chair) and join everyone at the table. He could not (could not) begin dinner until after he'd gotten a snuggle from Grandma.

He's deliciously chubby, super bald, communicates mainly with dinosaur grunts/growls, and we love him to pieces!

Final note: I'm pretty sure he says "mama" but it might be too early to really call it a word.
Posted by Nancy at 1:50 AM