This whole school year I have felt blindsided by so many projects and activities. Field trips, class parties, and most recently, business day. Miriam came home from school one day last week, nearly in tears, because at dismissal her teacher had said, "Remember to bring your business project for tomorrow!"

Miriam, who was also feeling a little blindsided, pressed for more details and her teacher, sending off vibes of impatience, told her that she was supposed to have come up with a business idea, including having a good/service to "sell" and a poster to advertise and so forth. She sat down to write what she'd learned in a letter to me presented it to me at home, nearly in tears.

"I wish I would have known about this sooner! Or that we had more instructions! Or anything!" I vented and then I hopped on Facebook to ask the neighbourhood moms what they knew about business day. They were all rather well informed.

So Miriam and I (and the internet) brainstormed for quick and easy business ideas.

And then we rummaged through our craft supplies and churned out about 100 of these little guys: 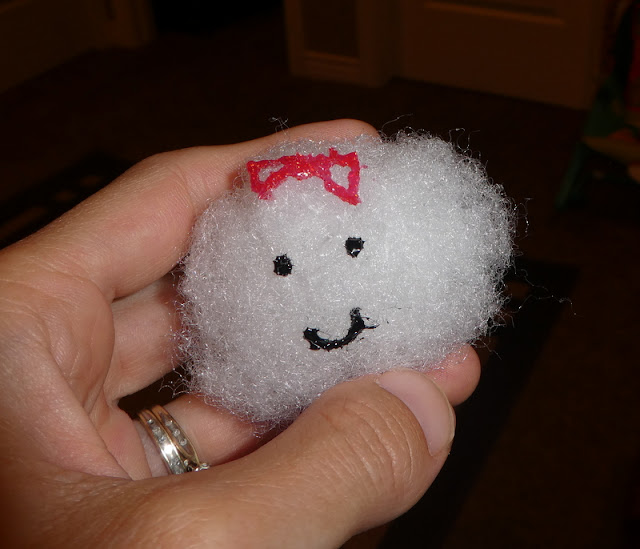 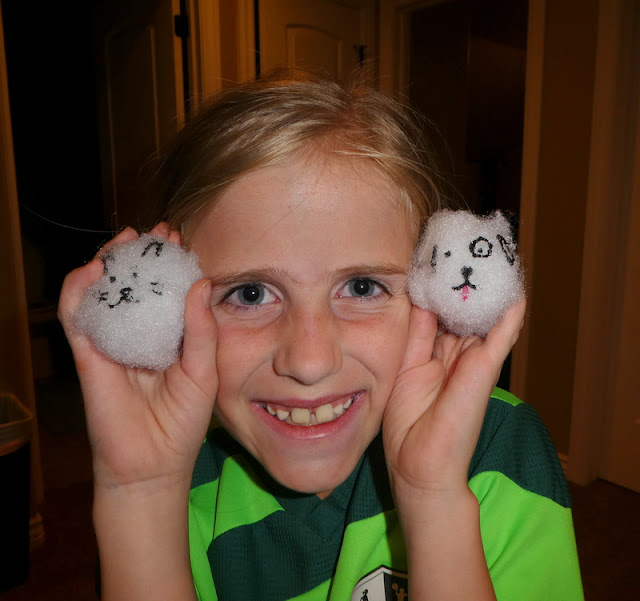 They're actually pretty cute and it was fun to sit down one-on-one with Miriam while we made them but, uh, it would have been nicer to not have had to do it in such a frenzy. At any rate, she ended up going to school completely prepared for business day and "sold" quite a few of her pet clouds (all transactions were done with classroom currency). She'd told us that she had "sold out" but in reality she sold approximately 80 and then hurriedly gave away the last 20 or so when their selling time was running out. 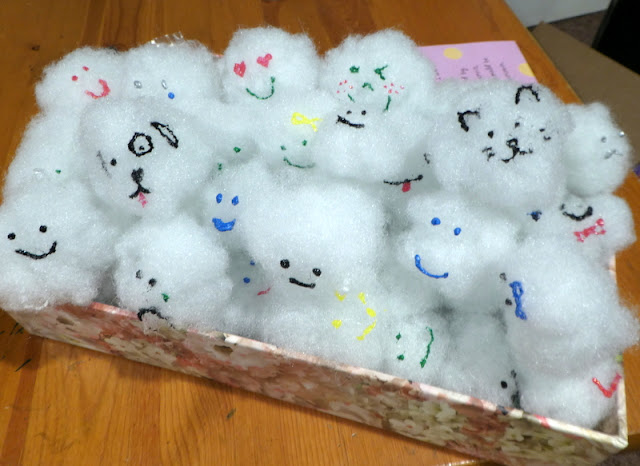 Here's the sign she made while I was making dinner (after we'd finished making our cute cloud pets): 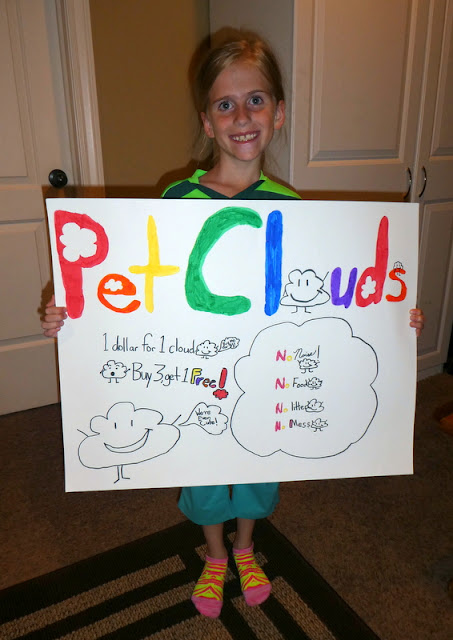 But then she came home from school talking about "water day" at school. Apparently all the kids are talking about it but she hadn't heard anything official about it. It's the last week of school so she was a little worried about it, so I told her to ask her teacher about it.

Again her teacher told her, a little exasperatedly, "It's on Wednesday. Your parents should know about it."

But we didn't! Which is weird because I'm generally a pretty on-top-of-it person when it comes to school. I mean, I might not be on top of any other facet of my life but I know how to get an A.

So why was I suddenly floundering?!

Today I found an answer to that question.

See, I'd emailed Miriam's teacher to tell her about the Barnes & Noble summer reading club (read eight books, choose a book for free!) because my kids have loved participating in the past but I hadn't seen anything come home about it (Benjamin brought home a packet of summer reading clubs and this wasn't in it; I'm assuming the girls will bring home a similar packet soon). I'm also in the habit of communicating with my children's teachers (actually, I'm in the habit of volunteering in the school on a weekly basis but their school doesn't allow toddler tag-alongs so I haven't been volunteering, which I'm sure is contributing to my feeling out of the loop) and have emailed all of their teachers several times over the course of the school year.

Her teacher wrote back to thank me for letting her know about it, saying that she would include it in the "weekly email newsletter," and I was like, "What...weekly...email...newsletter...?"

So she forwarded me this week's newsletter, which is the very last weekly newsletter of the year. It was rather informative.

And now I can't stop laughing about the timing of it all, because if ever there's a good time to find out your child's teacher sends out a weekly newsletter it's the last Monday of the school year.

We're going to be so on top of things this week!
Posted by Nancy at 1:15 AM