Alexander had one of his "really weird nights" the other night. That's what he calls those nights when he just can't sleep no matter how hard he tries (or, from my perspective, doesn't try). It had been really just a rough week of sleep.

One night—two hours after bedtime—I finally told him, "Close. Your. Eyes."

And he did...and fell asleep within seconds. But that trick didn't work the following night and he stayed up and then kept just getting up and then somehow managed to wake up at his usual time in the morning and was just a little bit off the whole day. He managed to stay awake until we were just about done with our evening scripture study and then he just couldn't hold his head up anymore and fell asleep in my arms. 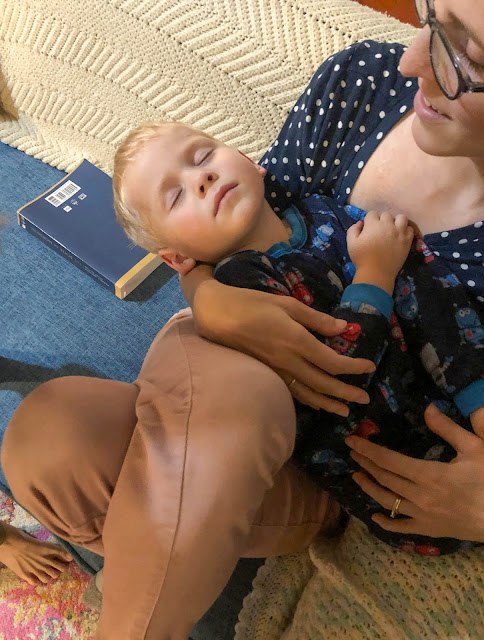 I think he slept all of that night. I can't remember.

Anyway, the past few nights he's gotten up to find me in the middle of the night (like now-ish), like he usually does—I'm up working on my final project for my class (in case you're wondering)—but instead of coming to me he's stopped short and fallen back asleep just...wherever.

The first night he made it to the "snuggle chair" in our bedroom (where children with nightmares often come to sleep). 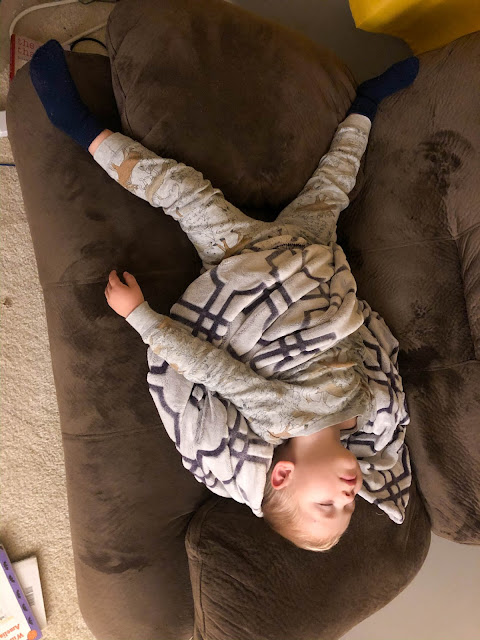 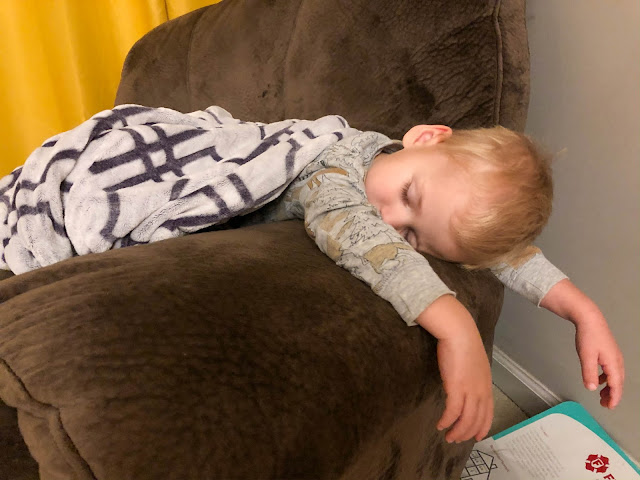 (Those are smoke/CO2 detectors on the floor by the chair; we installed them today and are feeling a lot safer now (our old alarms were old and some of them didn't work and the one at the top of the stairs is so close to the hallway bathroom that a steamy shower sets it off...if you have a battery in it...which the previous owners didn't actually seem to do)). 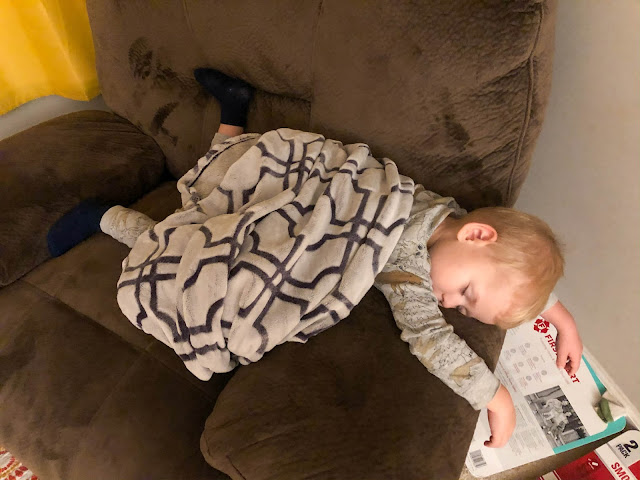 Last night he curled up right in my doorway (but I didn't take any pictures).
And just now he wandered in with a stuffed companion (I think it's a monkey) and decided to go back to sleep in the middle of my floor. Had he only walked six more feet he could have made it to my lap (or to the "Snuggle Chair"). But here he is, fast asleep on the floor instead: 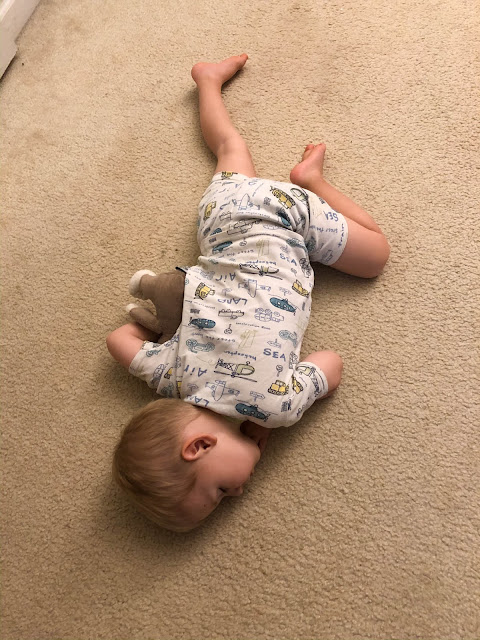 I'll tuck him back in bed eventually. For now I'm enjoying glancing over to see his sweet sleeping face while I write. 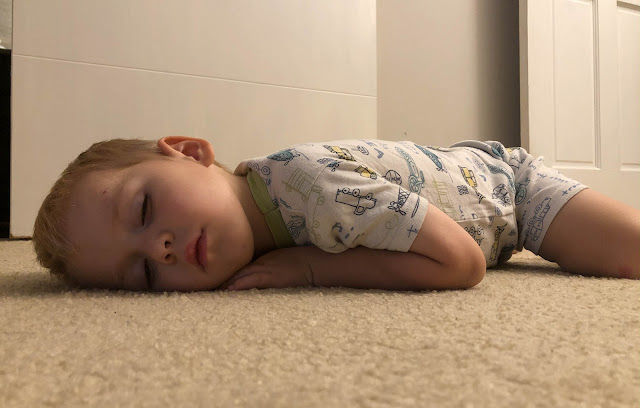