I spent some time hunting around for a fun Christmas activity for the kids to do—something that everyone from the littlest to the biggest would enjoy, something that wasn't too messy, something that complicated enough that we wouldn't finish it in two seconds but not so complicated that it would drive us crazy. I was explaining my quest to Andrew and said that "I settled on this cute shrinky-dink tinsel tree."

"Are you even speaking English anymore?" Andrew asked.

So I had to explain the magic of shrinky dink to him. He didn't seem to think it was an actual thing so was just as invested in the process when we broke it out for FHE as the kids were. We divided up the pieces and coloured them. I didn't take pictures of that part, but here's Rachel and Miriam putting some of the finished ornaments on the tree: 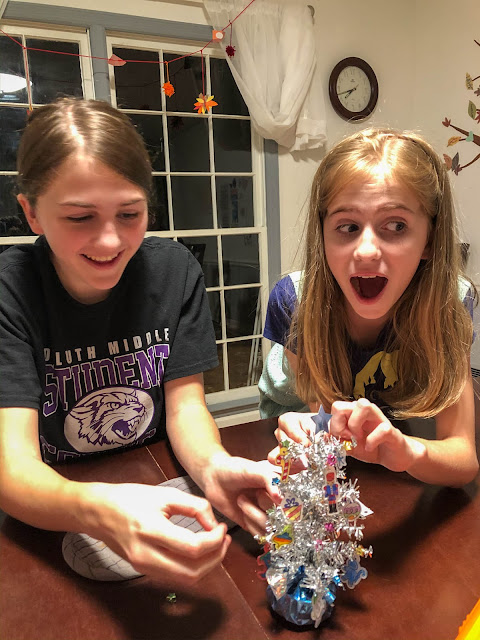 And here are all the kids with their festive shrinky-dink tinsel tree: 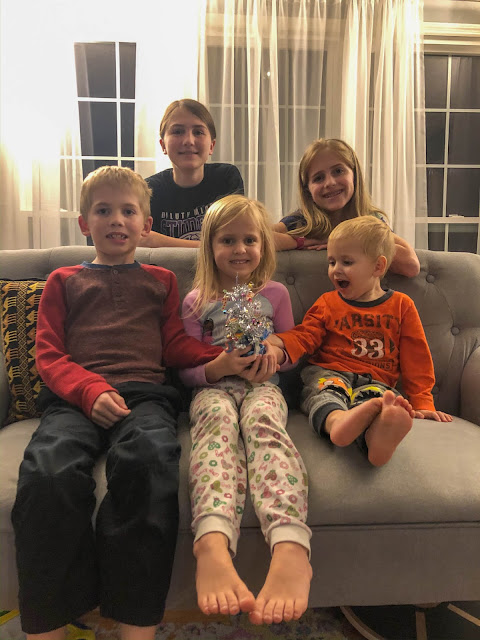 All three of the little kids had to help hold it for the picture: 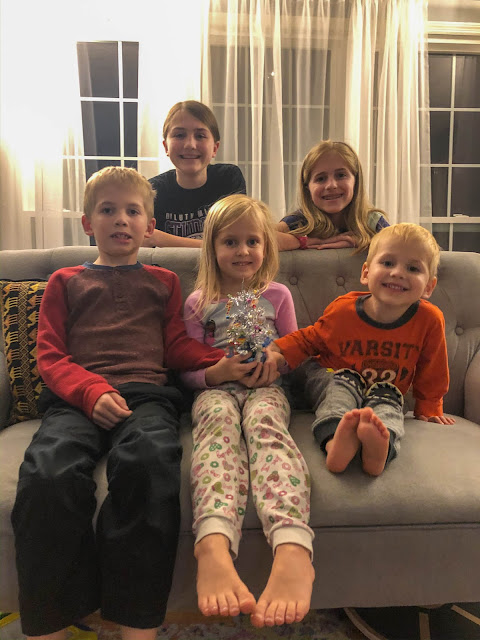 All three of them, however, could not smile at the same time: 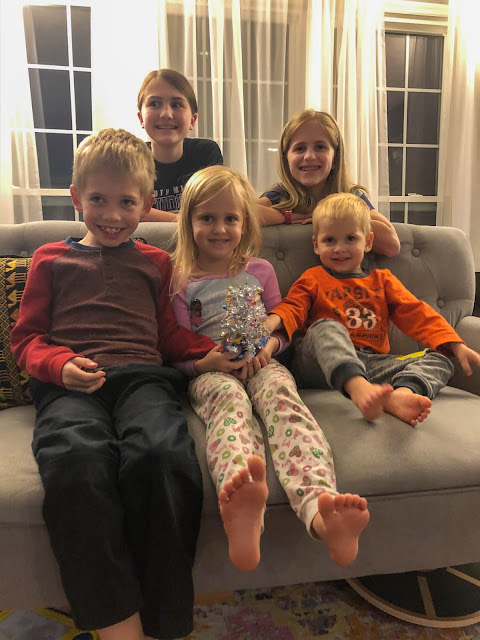 When we finally caught a few good group pictures, Benjamin asked if we could take "personal pictures" with the tree. So that's just what we did. 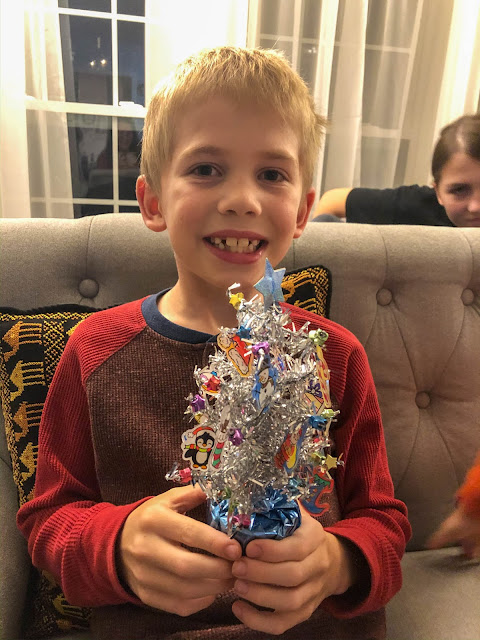 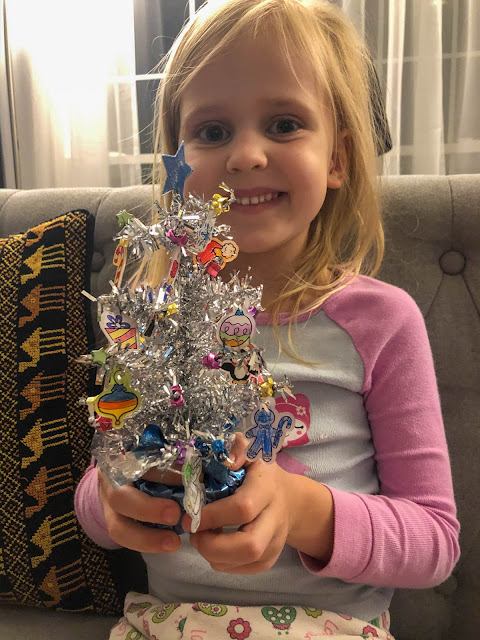 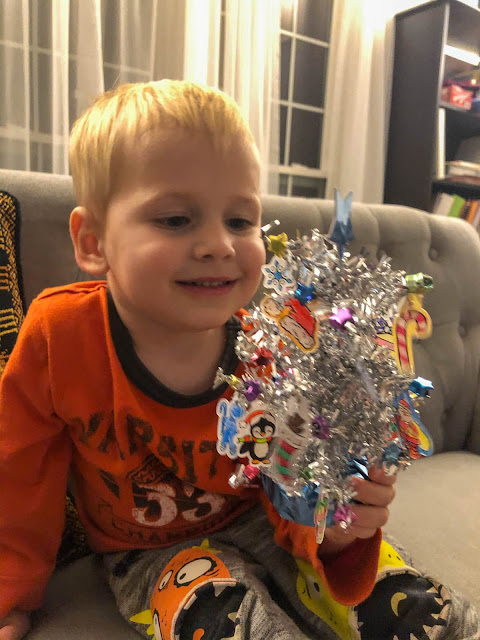 It made for a fun evening, and now Andrew's enamored with all things shrinky-dink—the idea, the science, the applications. We also sent kits to our (little) cousins far away (sorry grown-up cousins), but we might have to look at getting another kit for ourselves to play with in the future!