When I was younger I couldn't ever understand why my mom didn't animals in the house. She was raised on a farm and while they occasionally had kittens (or calves) inside the house, the animals, for all intents and purposes, lived outside. Now that I'm older...I kind of get it. It would be nice to not have to worry about the way the cat kicks litter out of her litter box (though we're using pine pellets, which has been great so far (she still gets wood chips everywhere)), or the way she likes to sharpen her claws on my favourite couch (though I think I may have finally won that battle), or how loud she can be when she gets hyper and scampers around the house, or how obnoxious she is when she's in heat.

She's just ending her second heat cycle, which I'm grateful will be her last! As educational as having a...ahem...mature...cat...has been, I'm pleased to announce that she'll be off for a little operation in the morning.

We assembled some hygiene kits this afternoon and had a few washcloths leftover. Waffelles discovered this pile, snuggled right in and fell fast asleep (Benjamin tucked her in) while the rest of us worked on some new Shrinky-Dink projects (it's our newest obsession, apparently). We stuck one of the cloths into her cat carrier so that she can snuggle with it while she's riding in the car. 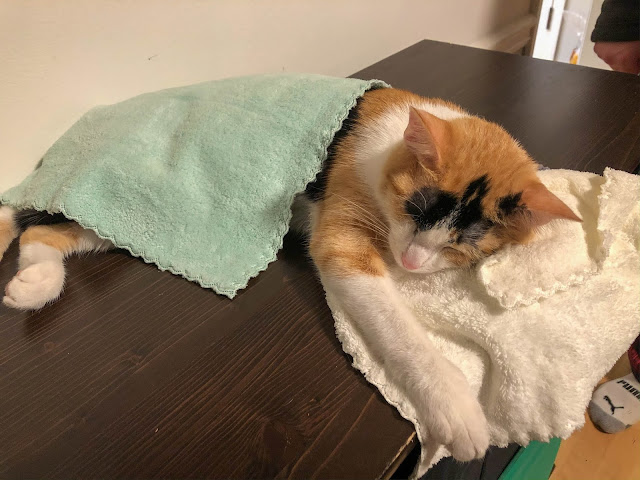 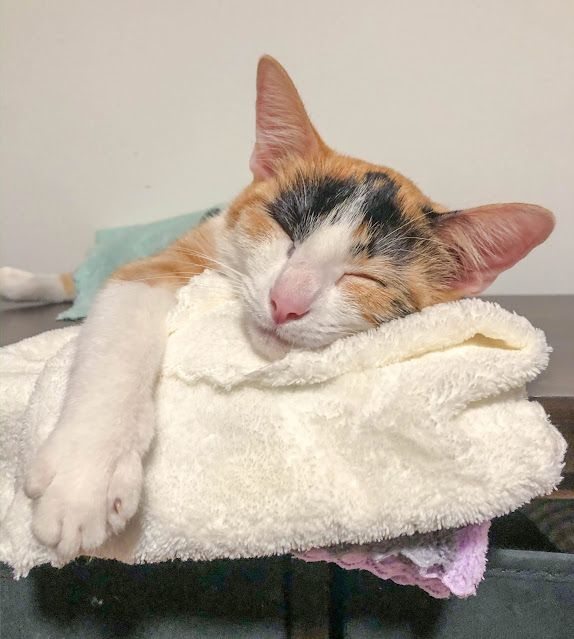 Miriam made this beautiful tag for her cat carrier, to mark it as our own: 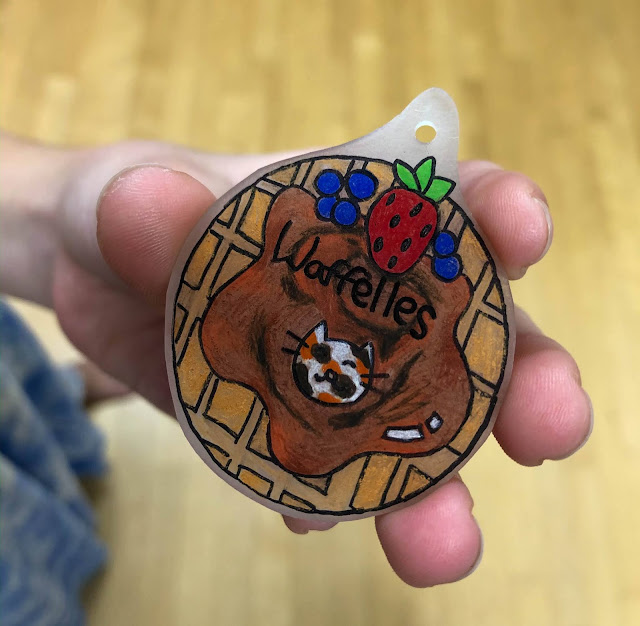 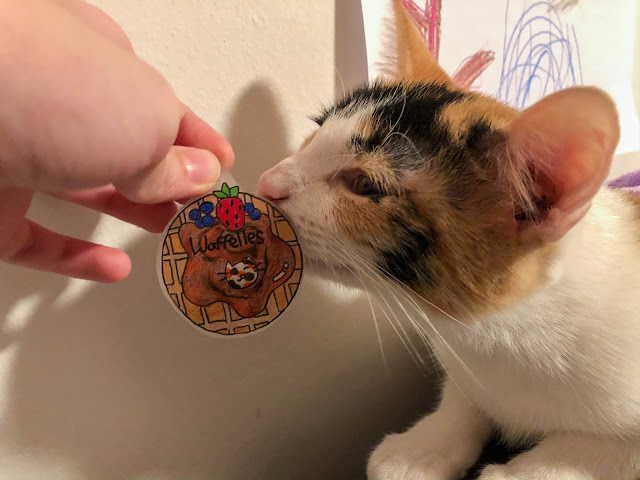 We've had many wonderful conversations about the reproduction cycle of cats and humans alike, thanks to Waffelles. The younger kids hypothesized that in order for a cat to have kittens, all you had to do was to get them hot (put them into heat). I explained that heat simply meant the cat wants to have kittens, but in order to make kittens a male cat must also be present. The older kids have wondered why cats don't menstruate (it's because they re-absorb rather than shed their uterine lining (only a few mammals menstruate—primates, a few species of bats, elephant shews, and spiny mice).

Here's a lovely picture that Zoë drew for me when Waffelles was at the peak of her heat cycle: 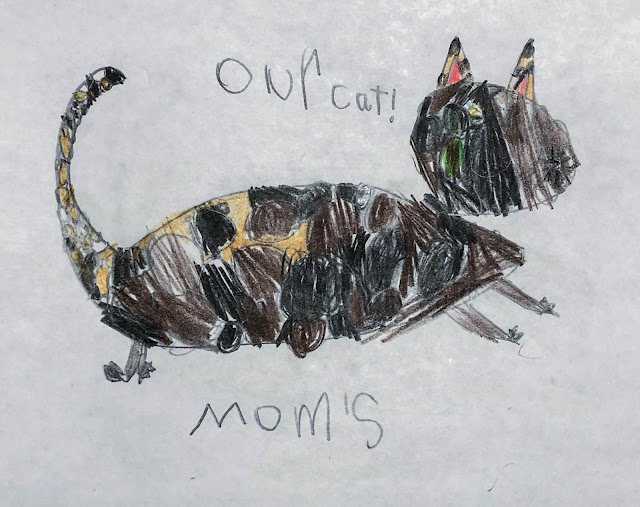 She explained that the cat is lying low on the ground and lifting up her tail "because she is in heat."

I'm grateful for our sweet kitty (even if it would be nice if she could be a farm cat rather than a house cat) and I'm grateful that she's getting fixed so I won't have to worry about receiving any more pictures of my cat in such a flirtatious posture!