Back floats and diving

We finally made it to the pool again today (after suffering through more rainy days than we would have liked) and got some good playing in, along with a decent amount of swimming practice.

Alexander has been a rather reluctant back floater. He's good at it; he just refuses to hold his float for any considerable length of time. He'd much rather be diving under the water (he spends as much time as possible with his face under the water). Today I suggested the kids have a back float contest and...I'm not saying that Alexander is competitive, or anything, but...those words were magic. He floated for forever, just humming happily to himself.

He ended up getting fourth place (beating Rachel), but in all honesty it was a rather pointless competition since these kids of mine can float for practically forever. Still, it was exciting to see Alexander hold a back float for so long!

Here's a picture of me trying to convince him to work on his back float while he kept stubbornly sinking under the water... 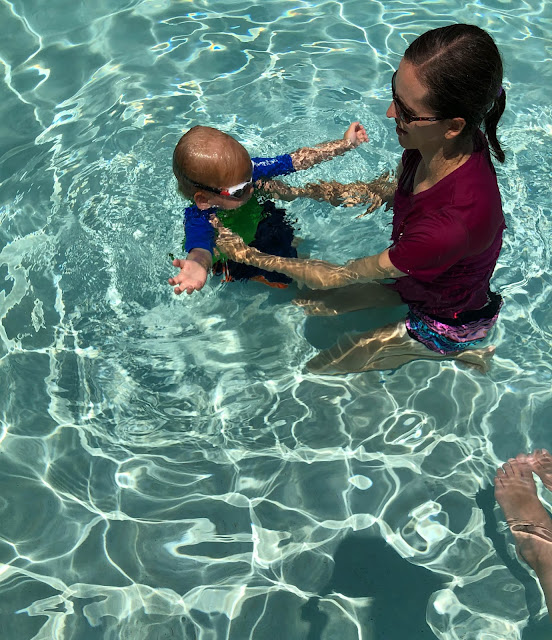 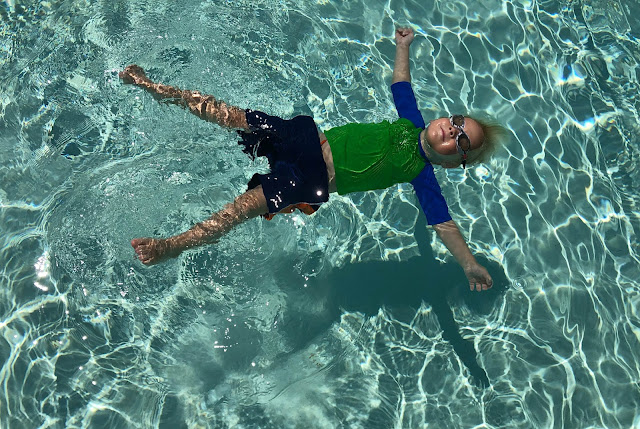 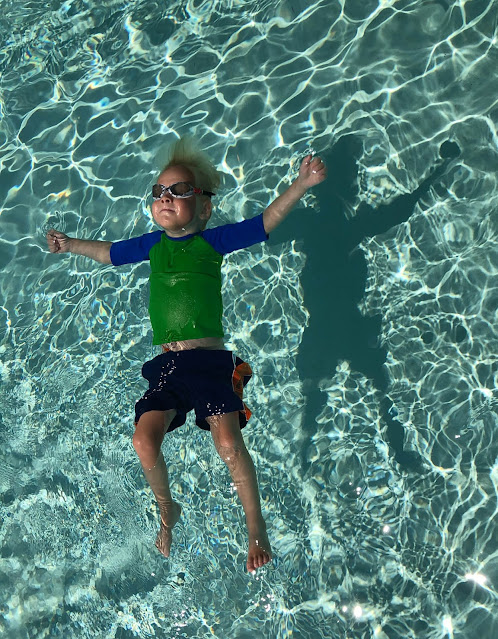 He actually enjoys sinking himself at the "end" of his back floats, which is kind of surprising because from my experience most kids don't like this part. 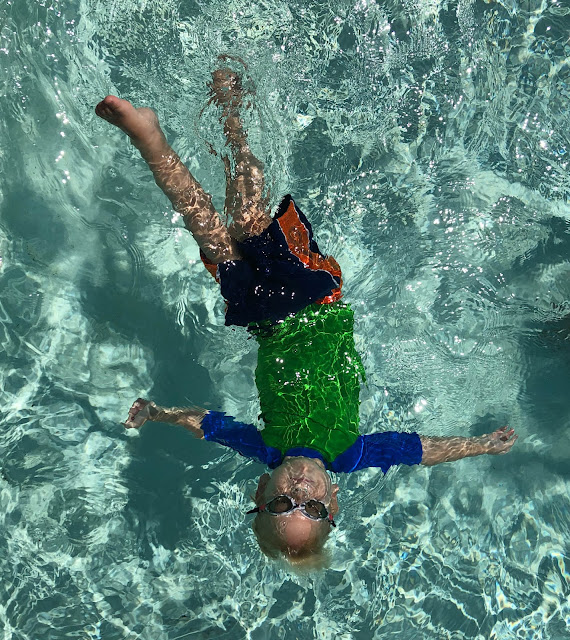 And how, you might be asking, did Alexander entertain himself during his long back float?
Humming. The whole time.
He really can swim better than what is shown in this video. He was just being goofy and splashing a lot. He doesn't often like to perform on demand and rebels by goofing off.
Another exciting thing at the pool today was Benjamin diving off the diving board! He's been working on it all summer but has chickened out at the very end every time. Today he finally took the advice to just "not think about it" and went off the end just like he would from the pool deck. And he executed a beautiful dive!
Here are all the kids showing off their "dives" in age order; if you want to get a good feel for how Benjamin's attempts at diving looked previously, look no further than Zoë and Miriam's attempts:

Because Miriam kept messing up her attempts from the diving board she wanted to be sure to show off her diving skills from the deck, so here are the kids "diving" and/or diving from the deck:

Zoë actually can dive; she's just not very consistent at it yet.
We'll keep working on it over the next few weeks...
Posted by Nancy at 12:36 AM