Last night Zoë begged me to put curlers in her hair, so I did. It really wasn't half as bad as I thought it was going to be because I'm used to Miriam wanting curly hair and Miriam has a lot of hair—it's long and it's dense. Like, there's just a whole lot of it. Putting it up in curlers takes ages. But although Zoë's hair is long, she doesn't have a lot of it, so it only took a few curlers.

After sleeping on those curlers all night, she was pleased as punch to have curly hair today...for the few hours she had curly hair. Curly hair during pool season isn't the best idea when your hair is hopelessly straight. So we took a few pictures before Zoë jumped in and ruined her curls: 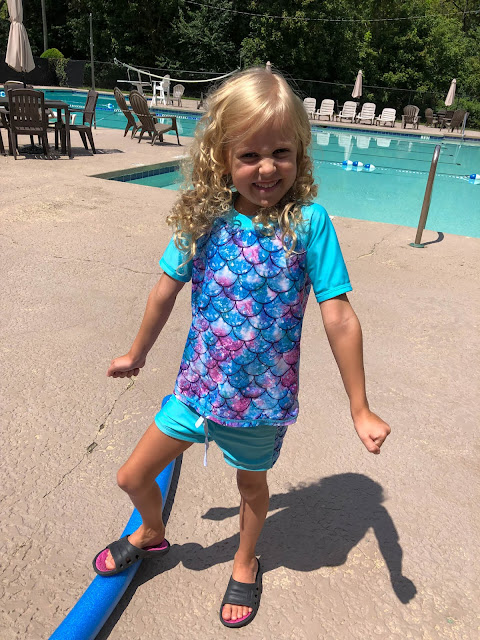 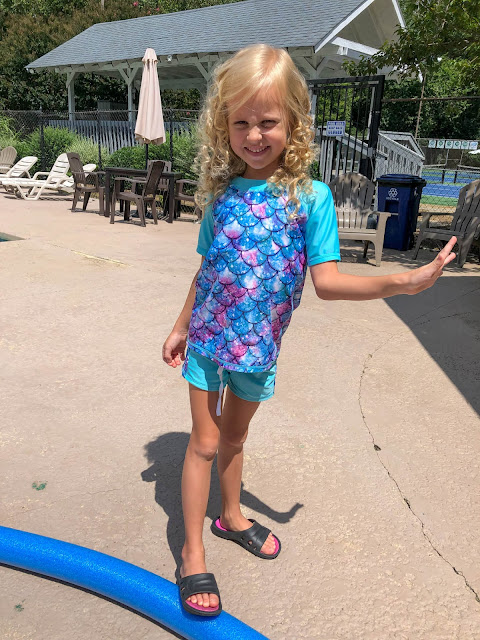 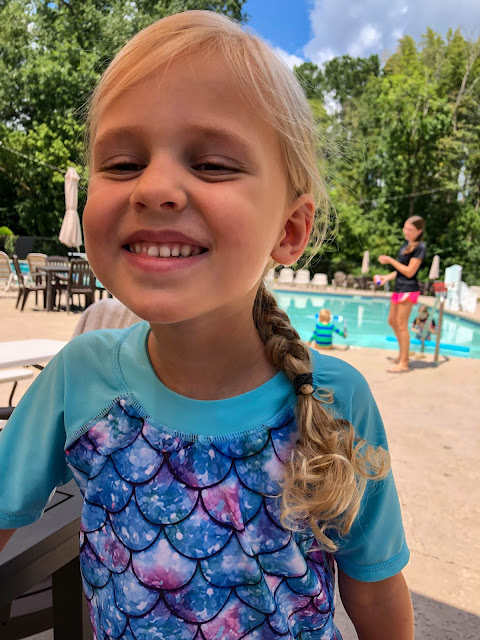 Things worked out alright for Zoë in the end because she decided that since she and Miriam both mastered the diving board today they were best buddies. When we got home from the pool they changed into matching outfits and then Zoë convinced Miriam to put her hair up in curlers again (even though the kids want to go to the pool tomorrow). 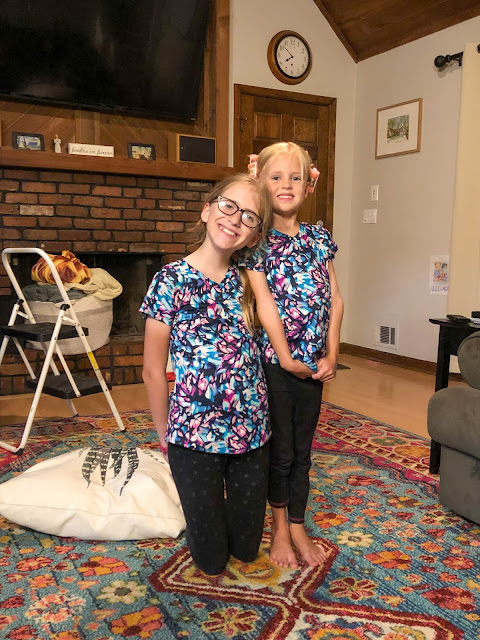 Miriam wanted to learn how to put curlers in anyway, so I guess it worked out well for both of them.

They wanted to have a sleepover, too, but I don't think that happened because Rachel has seminary on Thursday evenings. We call it Zoom-inary, thanks to Grandpa. She meets online with her class on Tuesday and Thursday evenings and does work on her own the other days of the week. We think this is a much better deal than having to drive her to who knows where (we never did find out where any of the physical seminary classes are located) every morning at 5:00!

But, since Rachel was having her Zoom-inary right when Zoë was feeling ready to be tucked into bed, we decided to postpone the sleepover idea until tomorrow night.