I forced the kids outside to play last Saturday morning.

Playing outside in the summer really is uncomfortable here. It's just so hot and humid. But the weather has turned to be quite decent and I wanted them outside. And, naturally, once they were outside we couldn't convince them to come back in again...

Benjamin found a praying mantis, which he wanted to keep and observe for a while: 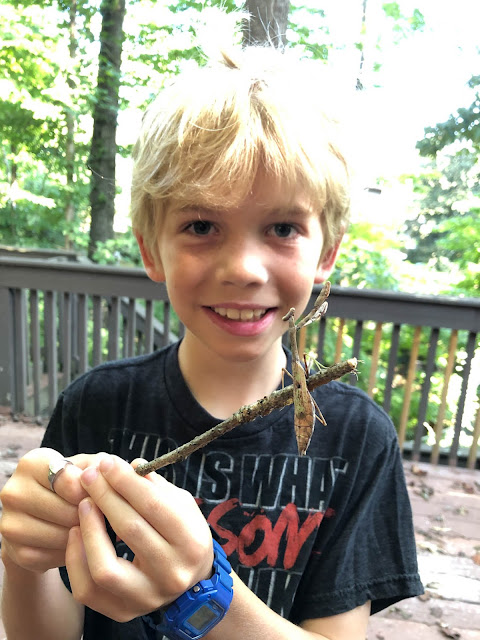 It was quite beautiful, with a mottled exoskeleton that reminded us of lichen: 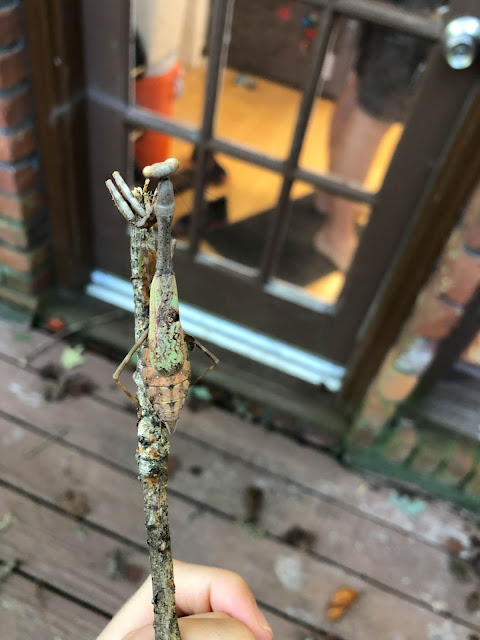 The kids were all examining this praying mantis when Andrew opened the door to holler at them to put the bug down and go play. 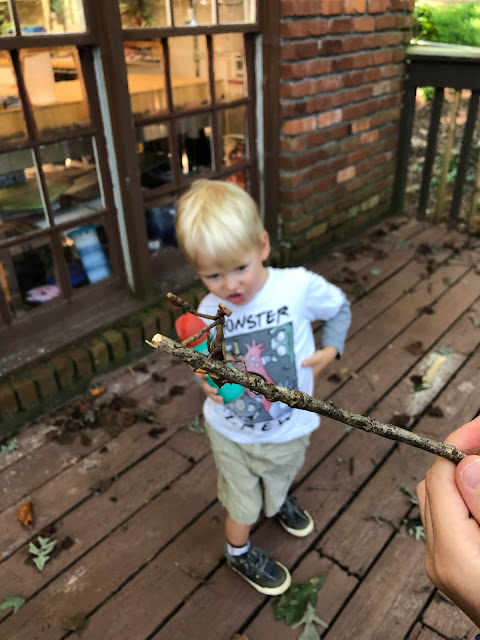 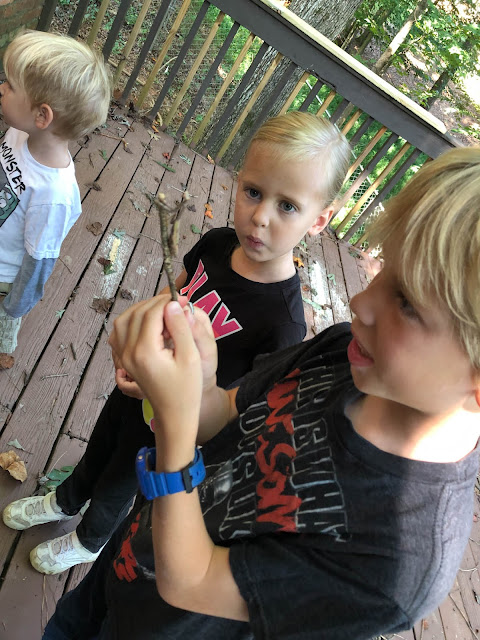 "They are playing," I said. "Carry on, children."
"Looking at bugs counts as playing?" Andrew asked.
"Didn't you ever catch bugs outside growing up?" I asked.
"Not really," he said (and, honestly...it shows). "Did you?"
"All the time. And it totally counts as playing. They're not in here bugging me, are they? They'll get some more physical activity in there, too, but...let them look at their bug."
They did ask for a jar to put their praying mantis in (which doesn't really count as bugging), but that was the only thing they really asked for all morning. Soon the praying mantis got boring and the little kids went down to swing on the play set while Benjamin went spider hunting.
Remember how last year I was so excited to find my first joro spider because I'd read about them taking over in Georgia but hadn't seen one yet? Well, they are all over the place this year. Our back deck is covered in them, the trees in the yard—full of 'em! It's a little unnerving but there's not a whole lot to be done about it.
Benjamin caught a nice big one and wanted to put it in his jar with the praying mantis to see what would happen. There was a short scuffle between the two, that was really happened too quickly for us to see what happened, and then they separated to opposite sides of the jar and just...sat. 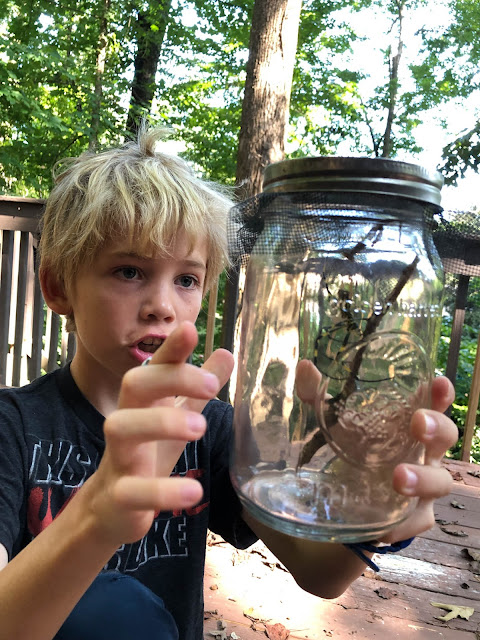 So Benjamin left the jar to go play some more. He caught a second spider, which he just left sitting on a stick in an open container. As it turns out, they're pretty docile creatures (more prone to running away from danger than towards it) so I suppose it was rather unsurprising to find out that the praying mantis had won the spider vs. mantis competition... 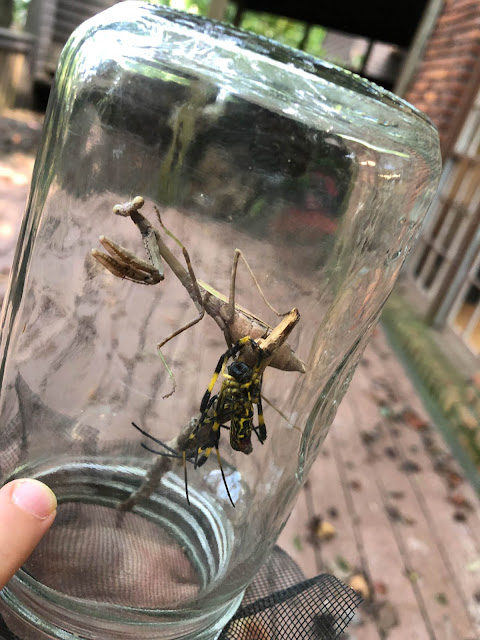 It had been...consuming...the spider prior to this picture (Benjamin picked up the jar to show me and I imagine that startled the praying mantis).
So while the joro spider is invasive and—evidently—prolific, it's pretty easy prey for many local critters and isn't going to come attack you while you're (once again) breaking down the web it spun on your porch.
Posted by Nancy at 10:18 PM