What Phoebe's Thankful For

I wanted to acknowledge Thanksgiving really quick (I'll do a more formal Thanksgiving post later) by sharing some pictures of Phoebe dressed up as a pumpkin. She's wearing the hat and booties I crocheted for Miriam (and I actually still have the nightgown Miriam is wearing in her pictures as well, so I should redo the pictures with Phoebe wearing that as well).

Rachel and I took these on November 17th, I believe. We had been taking pictures using the actual camera but just as I got Phoebe into this outfit the camera battery died so these are from my cell phone camera. 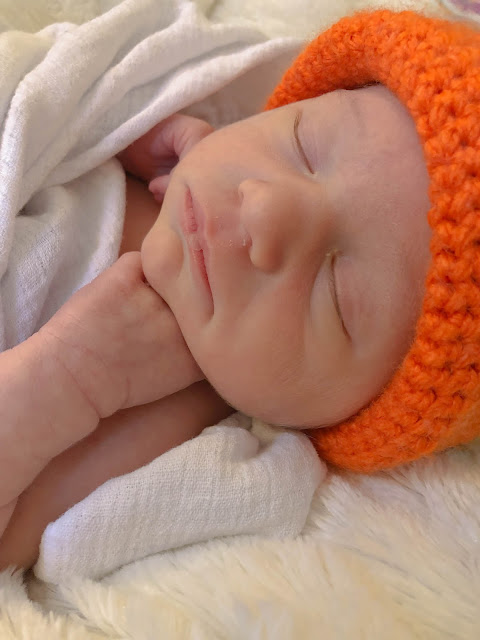 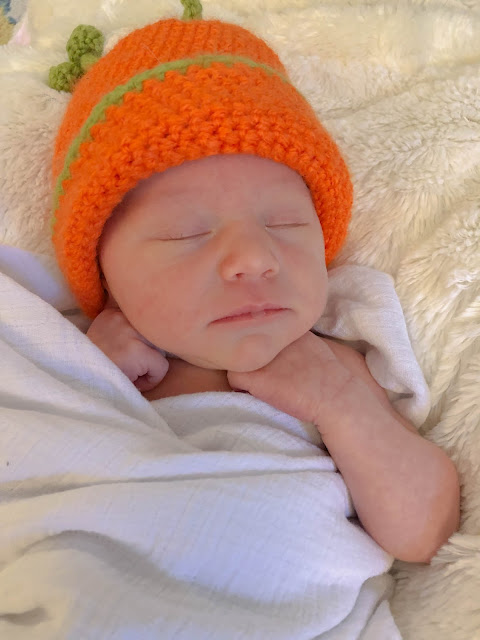 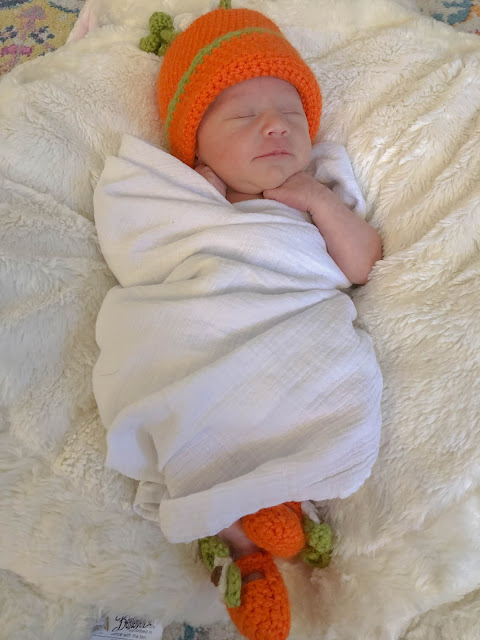 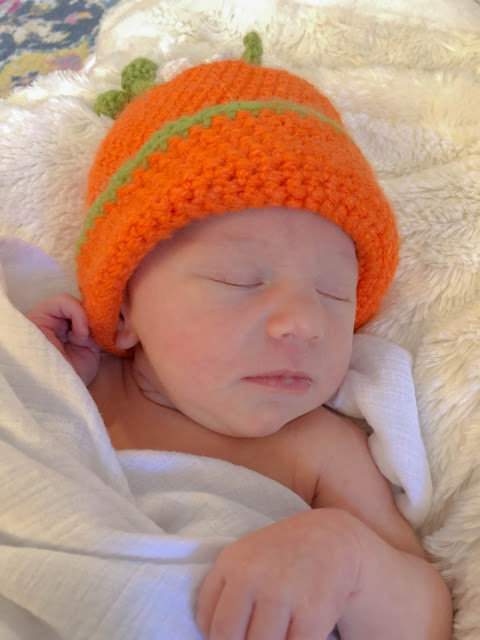 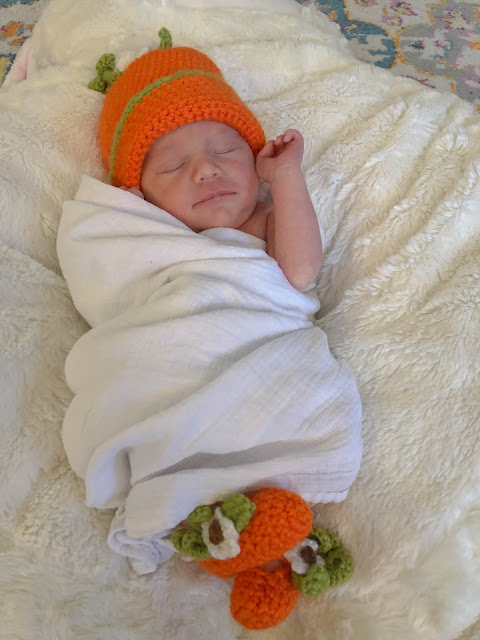 This morning Phoebe was wide awake bright and early, so I was thankful that Daddy offered to get up with her so that I could fall back asleep for a few hours. She also lost her belly button some time in the night, which I discovered during one of her middle-of-the-night diaper changes.

Unfortunately, I couldn't find her little umbilical stump anywhere! I took off her jammies and turned them inside out and checked in the leg holes and...I just couldn't find it anywhere! But Daddy found it on the changing mat, so that was two good things.

Today Phoebe is thankful for her new belly button and that due to losing her umbilical stump, she got to experience a luxurious shower. She loved being in the shower (and screamed and screamed when Andrew took her out). So it was a pretty good day for Phoebe!

Plus, now that she has a belly button, Rachel and Miriam have been far less squeamish about diaper changes (they did not like that umbilical stump).

I have to admit that I'm happy it's gone as well, even though it's solid evidence that somehow my baby is already on the road to growing up.