Andrew went a little overboard with the pumpkins this year. First he got two "big ones" at Costco and then a few weeks later when he was at Kroger he thought to himself, "May as well get three little ones as well!" So he did.

But when he got home he found out that the three little ones were about the same size as the two big ones, so we ended up with five fairly large pumpkins. And then Rachel brought another one home from mutual so we had six pumpkins sitting on our porch!

Only was was carved, however, the other five were sitting around just waiting to be carved...until today.

I told Andrew that he was in charge of that activity and he gladly did so as soon as he got home from church (he's the organist currently). I left them to it while I did a little bit of a workout on the exercise bike (so that my body would know what to do with the lunch I'd just eaten) and then joined them later. 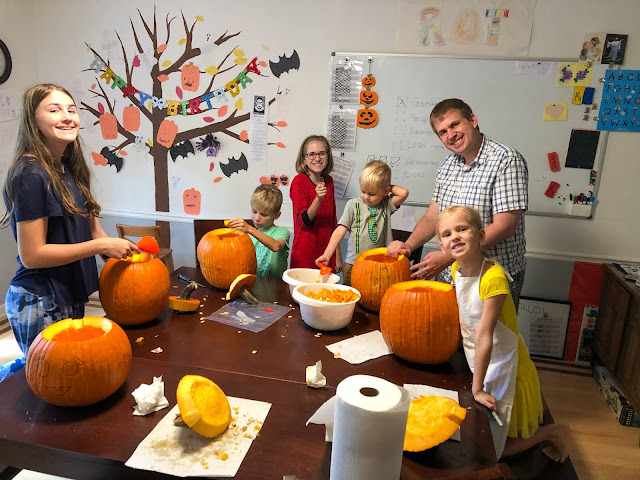 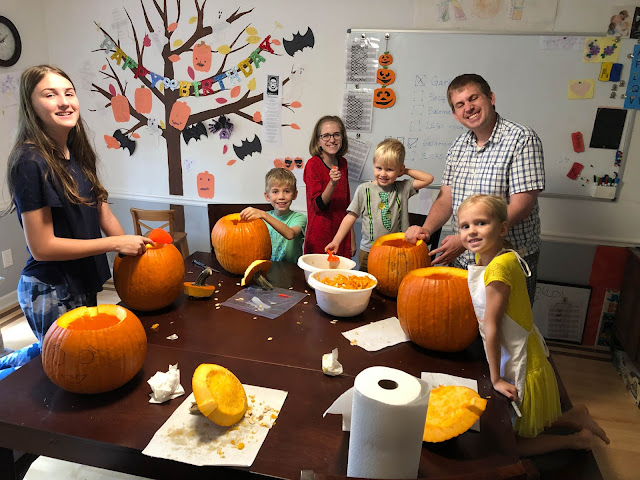 Benjamin worked hard to make a Minecraft pumpkin (of course): 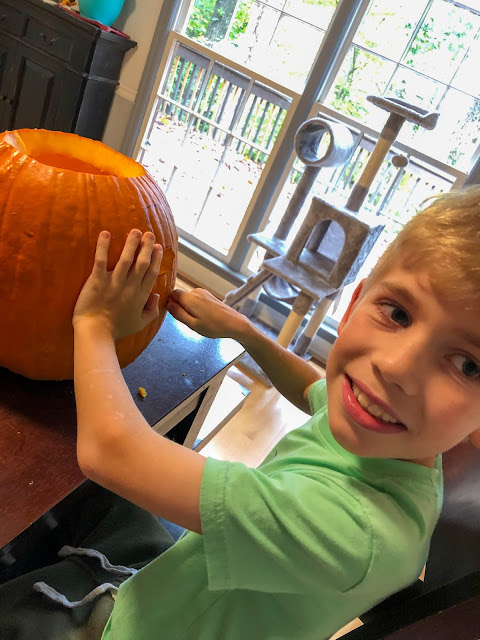 He did all the carving by himself. In fact, I think all the kids did, besides Zoë and Alexander (and even then Zoë did most of her carving by herself). 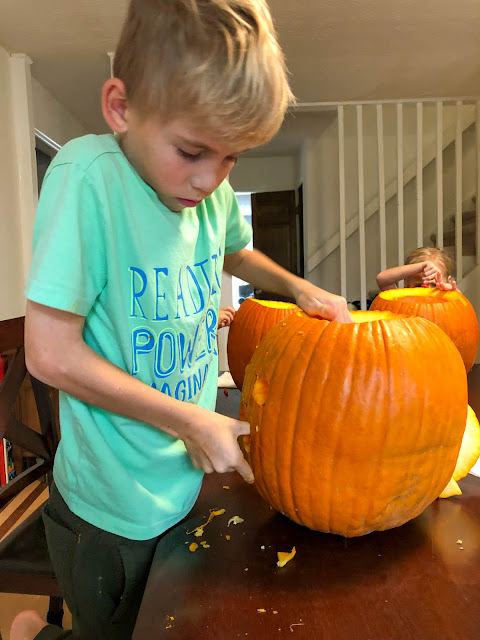 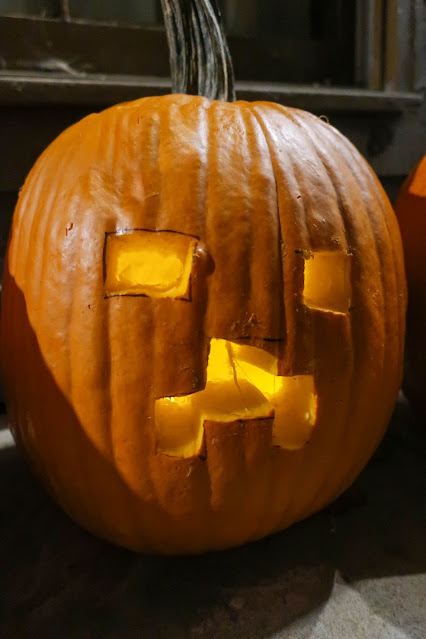 Rachel carved an owl on her pumpkin, which made Alexander mad because he wanted a witch on his pumpkin and he couldn't wrap his head around the fact that Rachel had decided on an owl for her pumpkin and that he was still going to get his witch. 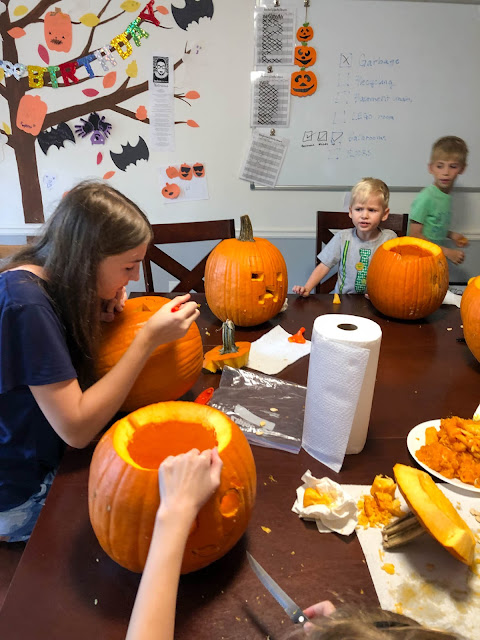 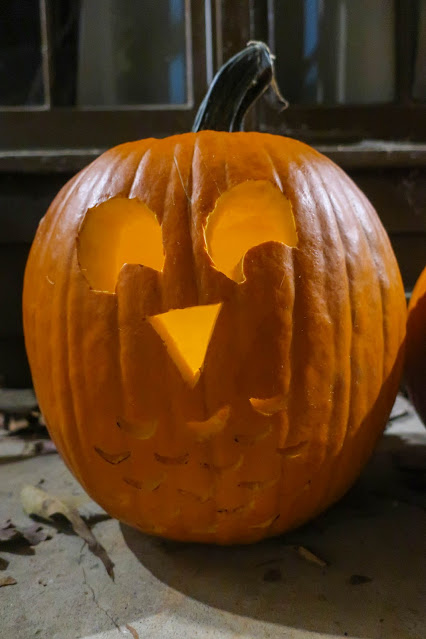 And here's the pumpkin she did earlier in the week: 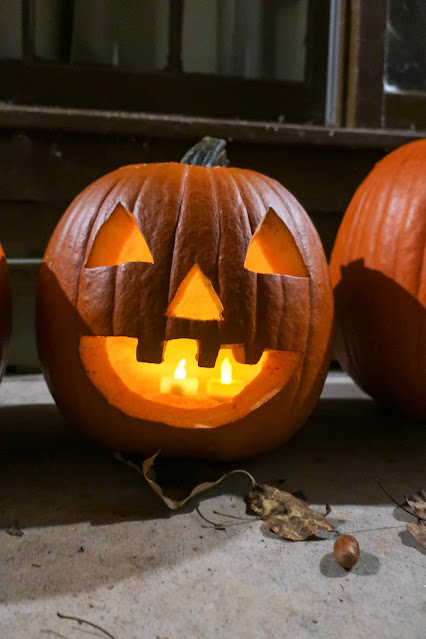 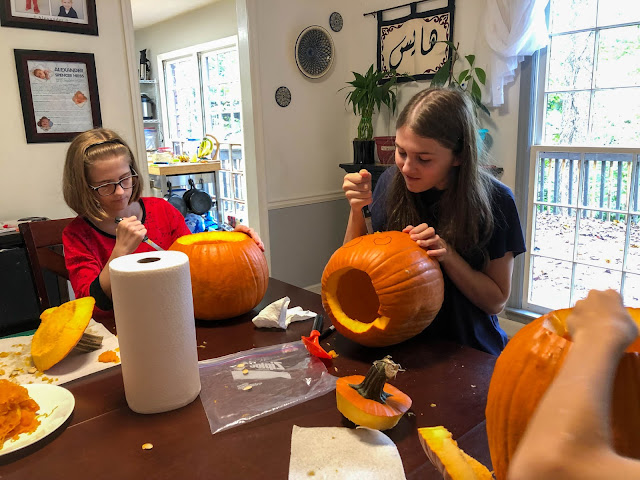 Miriam made a cute little face for her pumpkin: 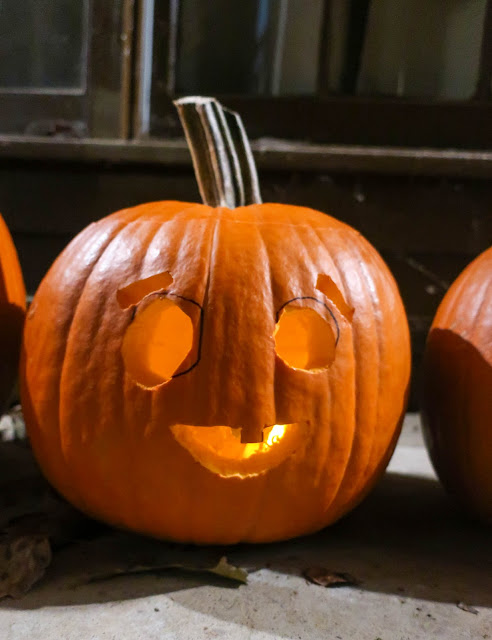 She mostly used a kitchen knife to carve it because we only have a couple pumpkin-carving tools. Those little saws look flimsy but they work so much better than a knife for cutting pumpkins. Unfortunately, we haven't replaced our pumpkin carving kit in something like fourteen or fifteen years and we've been slowly throwing away broken instruments until this year we found we were left with only two little knives (and one was on its way out), so there weren't many pumpkin knives to go around.

We'll have a new carving set by next year (it's time). Then perhaps we'll pull fewer faces like this: 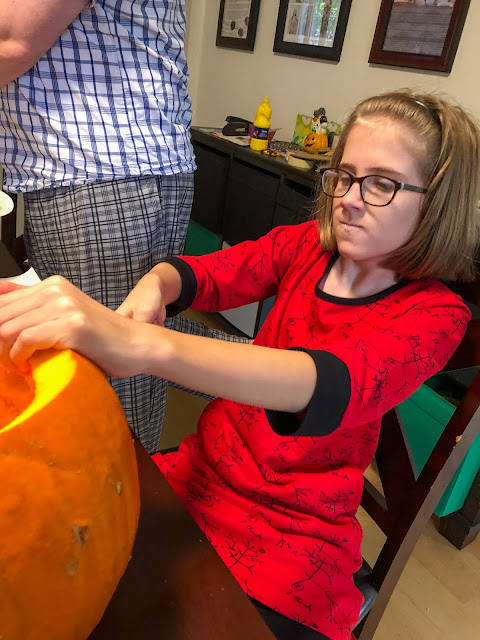 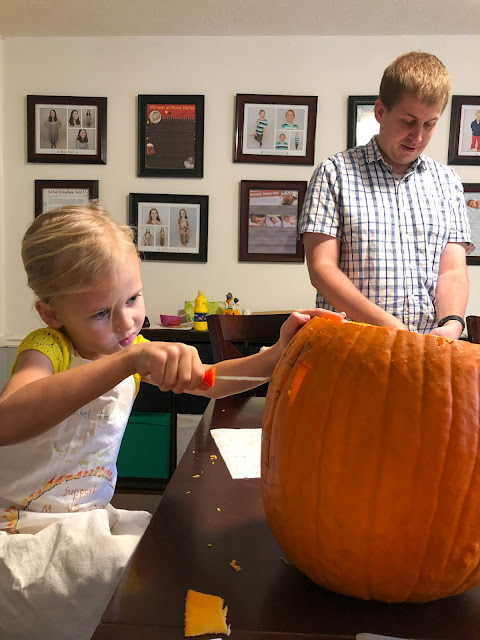 When we first handed her the permanent marker and told her to draw her face on, she drew an elaborate masterpiece with so many impossible-to-carve details so we told her she'd probably want to simplify. She was upset because she'd just scribbled all over her pumpkin with permanent marker! But we just took some hand sanitizer and wiped it off, easy as that.

Fortunately (?) we're in the middle of a pandemic and just happen to have a gigantic bottle of hand sanitizer sitting by the front door. Like normal people.

I think her pumpkin was the scariest, honestly. 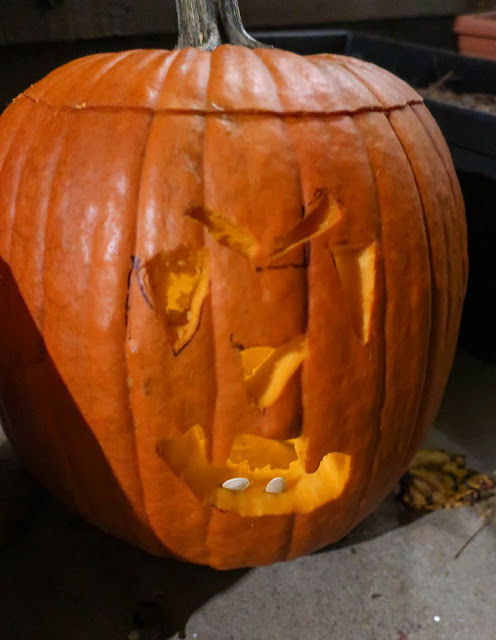 I helped Alexander design and carve his pumpkin while Andrew got pumpkin seeds ready to roast (and currently Andrew is roasting the pumpkins themselves so we will have plenty of puree for a full year of pumpkin soup and pumpkin pie and pumpkin pasties and pumpkin bread and...). 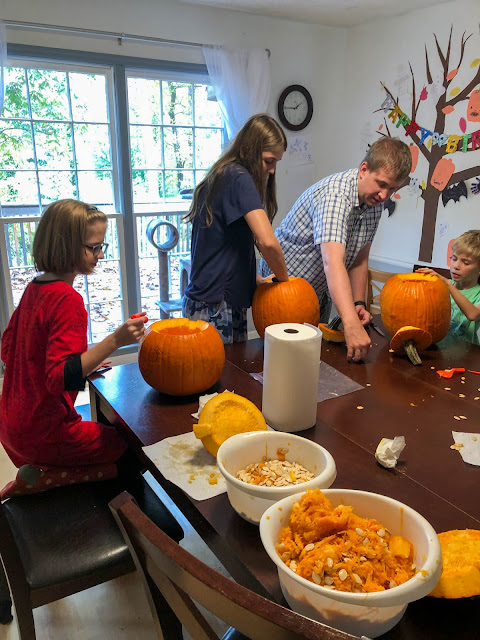 First I had to draw the witch according to Alexander's specifications and then we had to slowly carve out bits and pieces while passing the little pumpkin carving knife around the table (share and share alike). He liked putting the pieces I'd already cut out back into his pumpkin—like a puzzle! 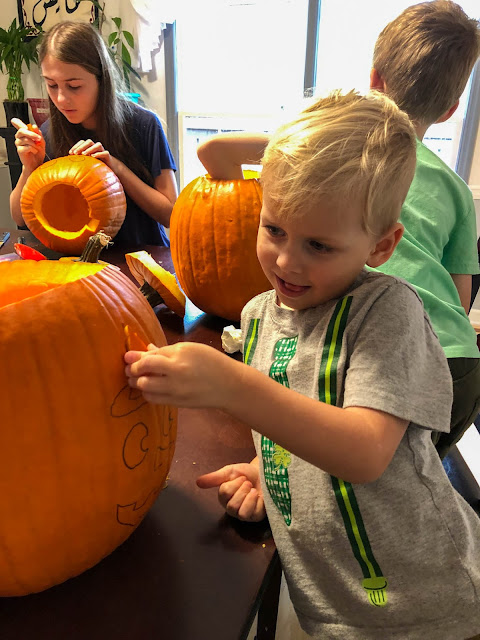 Here's our finished product at the kitchen table (so you can see all the snaggly teeth): 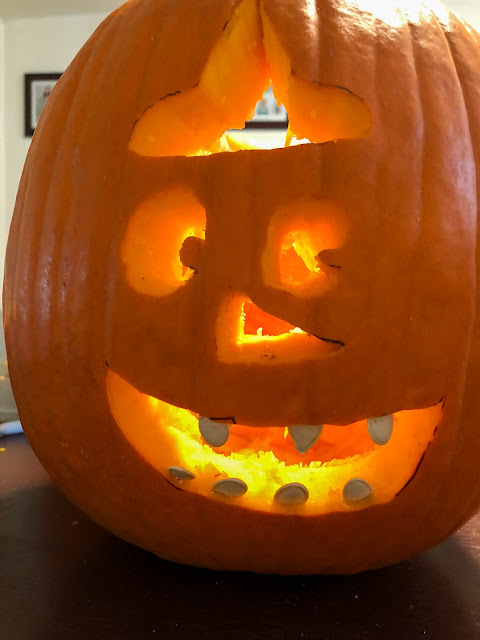 And here's our witch pumpkin outside at night (this pregnant lady wasn't motivated enough to crouch down low enough to get all the teeth in the picture this time): 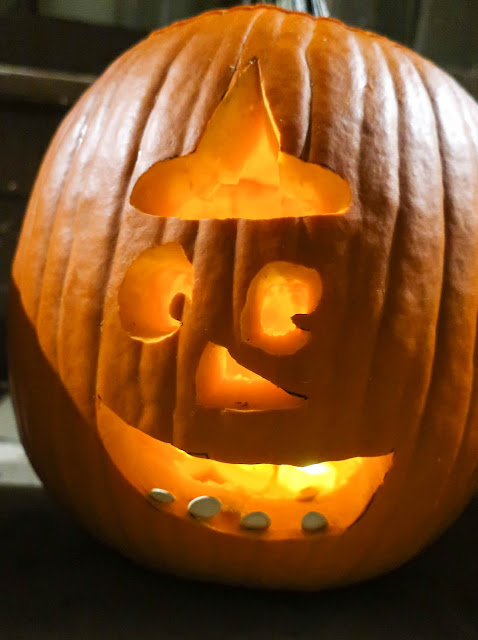 It was a fun—but messy—affair, as pumpkin carving is wont to be.
Posted by Nancy at 12:25 AM