Exciting times over at our house!

First of all, it snowed. So church was cancelled and the library was closed. Schools would have been had they been in session, but it's the weekend—and a long weekend at that!—so they didn't have to be closed. My library books weren't due until Tuesday, but I renewed them just in case it was too icy to go out (though I suppose I needn't have worried because the library would have just been closed).

Second of all, Zoë lost her first tooth! She's been anxiously awaiting this moment since our little next-door neighbour lost her first tooth. It happened after we Skyped with Grandpa but before we Facetimed my parents. So, of course, we had to text Grandpa a picture. 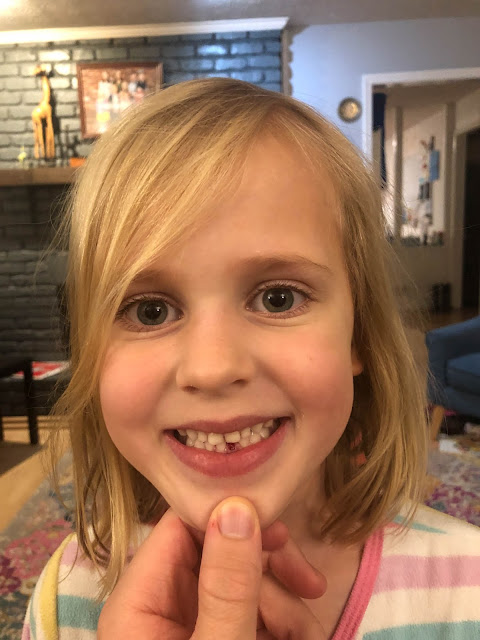 She was so excited! Her little cousin Irie (technically her first cousin once removed) is just cutting her first tooth, so we teased Zoë that she had to lose her tooth today so the tooth fairy could take it and put it in Irie's mouth. She was, understandably, a little perplexed by this idea (but left her tooth out for the tooth fairy, anyway). 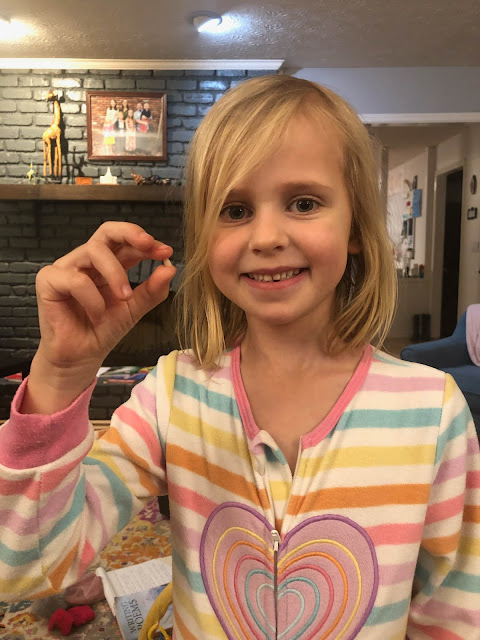 Third of all, Rachel lost a tooth tonight! Possibly (though not for sure) her very last one (I'll have to ask her in the morning). She had the decency to hold off until after Zoë had gone to bed. So, she didn't steal Zoë's thunder. Not that one can really time when these sorts of things happen.